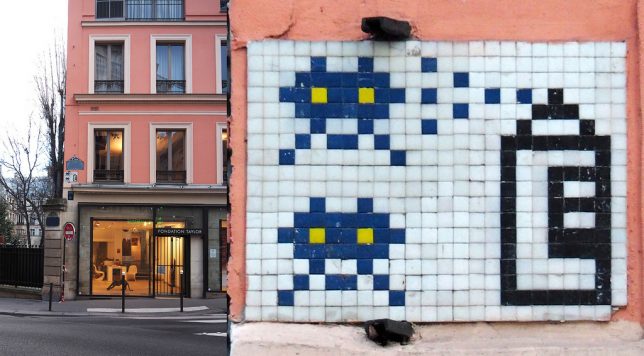 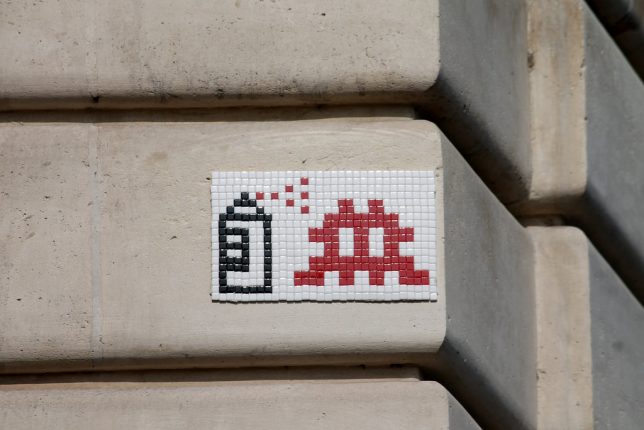 Invader has been interviewed by various media outlets but on-camera he usually wears a mask or arranges to have his face pixellated to preserve his privacy. He has a unique outlook on both his artworks and his role in spreading them across the globe, stating he sees himself “as a hacker of public space spreading a virus.” The micro-organismal comparison jibes with the appearance of his individual space invader characters being similar to anthropomorphized single-celled creatures. 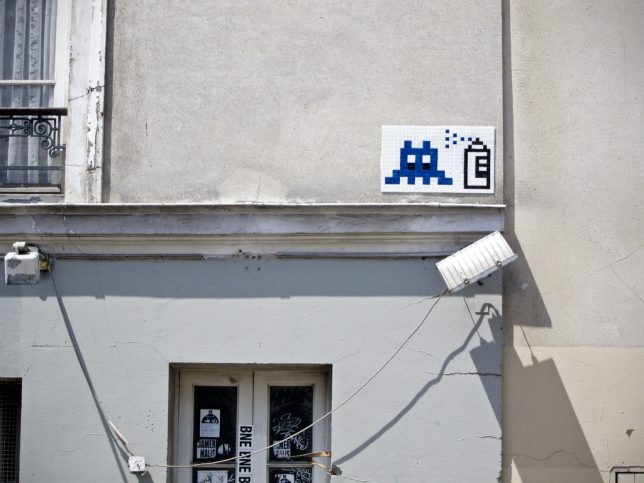 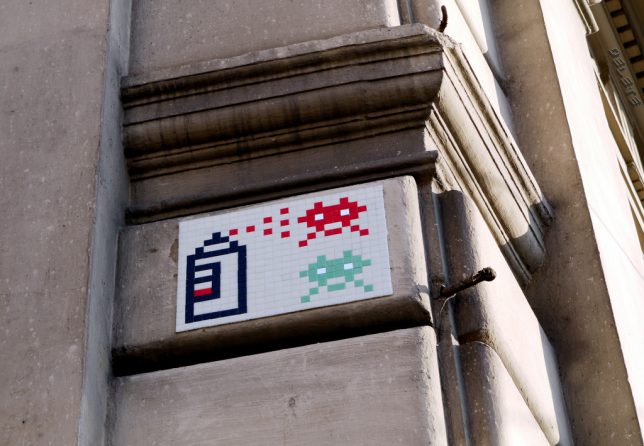 Is that bug spray in the photos above, or an allusion to graffiti spray-painters? Why not both! Flickr members biphop, Alexandre Feuvrier (Street_art77), dangerismycat, and Delete (delete08), respectively, snapped the images above.

8-Bit Fish Out Of Water 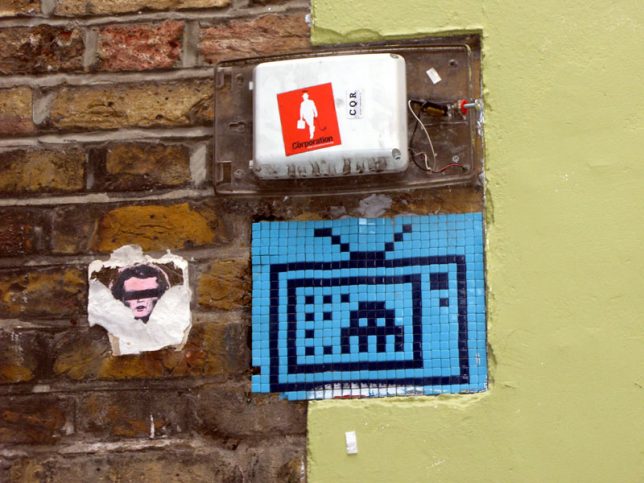 Not all of Invader’s mosaics are overtly activist in intent though a significant portion are. “Invader’s pop art may seem shallow,” stated Shepard Fairy in a 2010 issue of Swindle magazine, “but by taking the risk of illegally re-contextualizing video game characters in an urban environment that provides more chaotic social interaction than a gamer’s bedroom, he makes a statement about the desensitizing nature of video games and consumer culture.” 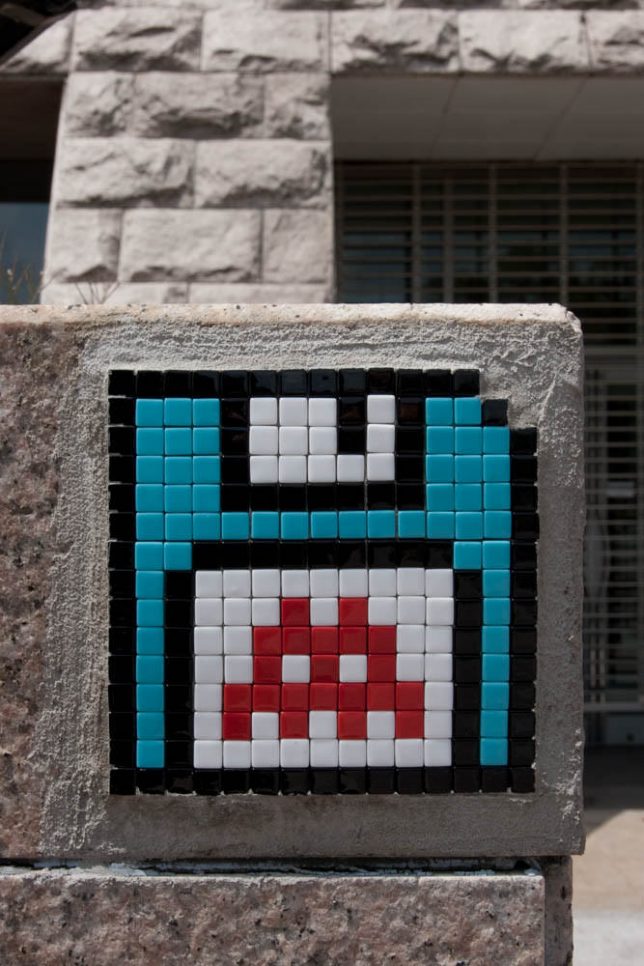 The photos above from Flickr members Rain Rabbit and Matt Hobbs (ultrahi) highlight the link between Invader’s icons and the digital world from which they came.

Who Watches The Watchers? 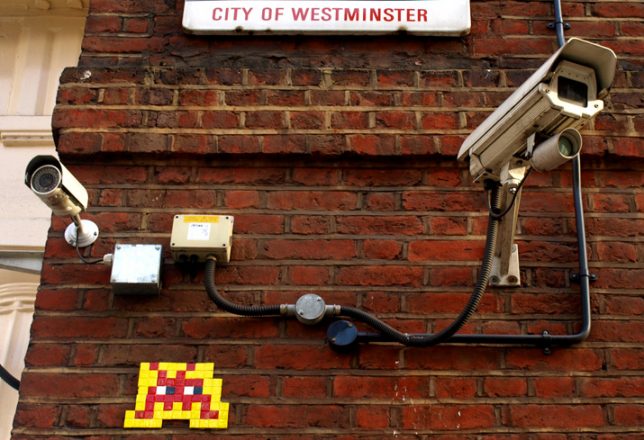 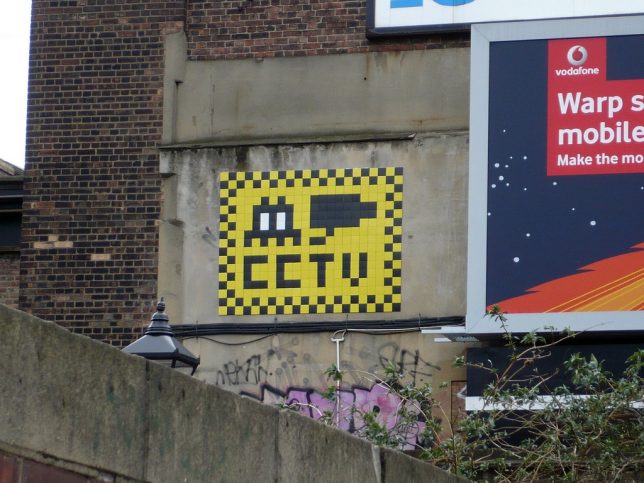 Other Invader pieces point out, either through their strategic placement of via incorporated messages, the loss of privacy the modern world has traded for a sense of greater communal security. 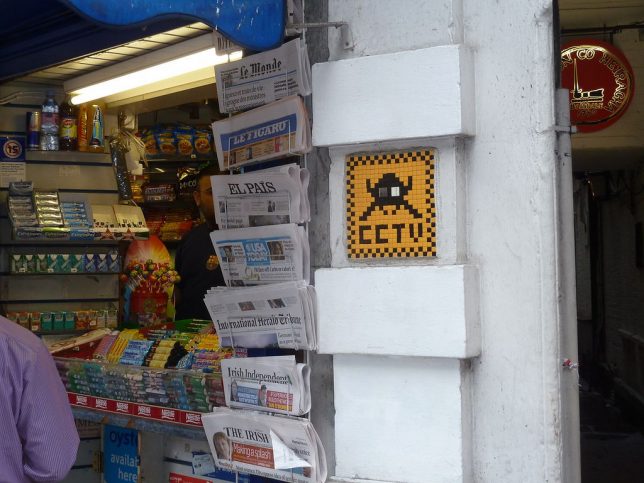 Flickr members internets_dairy, Charles Hutchins (celesteh) and and P K (uair01) snapped the images above in London, famous (or infamous) for its intense urban saturation of closed-circuit television (CCTV) cameras. 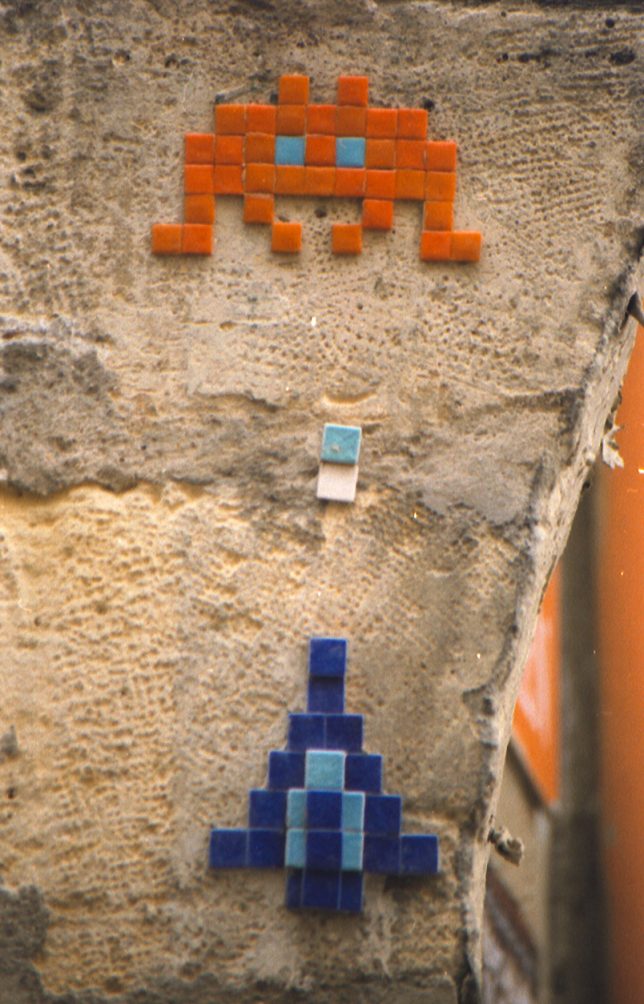