Urban street artist Invader has installed tile mosaics modeled after Space Invaders 8-bit video game characters in over 30 countries over the past 20 years. 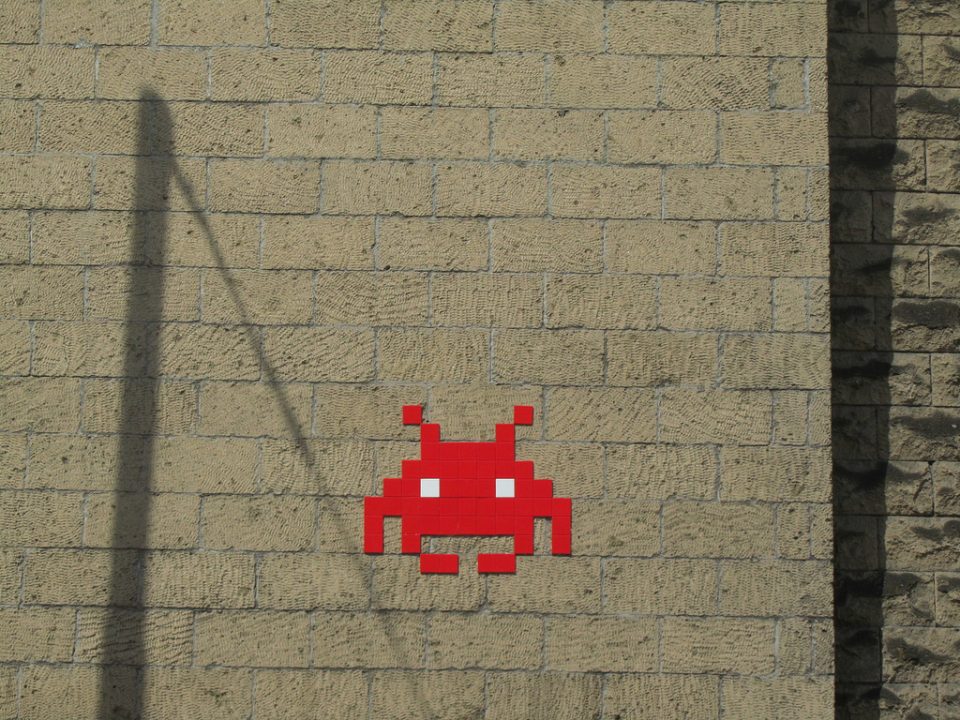 Although he prefers to remain incognito like Banksy and many other street artists, Invader has a known personal history aside from his art. Born in France in 1969, he graduated from the prestigious École des Beaux-Arts in Paris though one wonders what his instructors think of his trademark works. 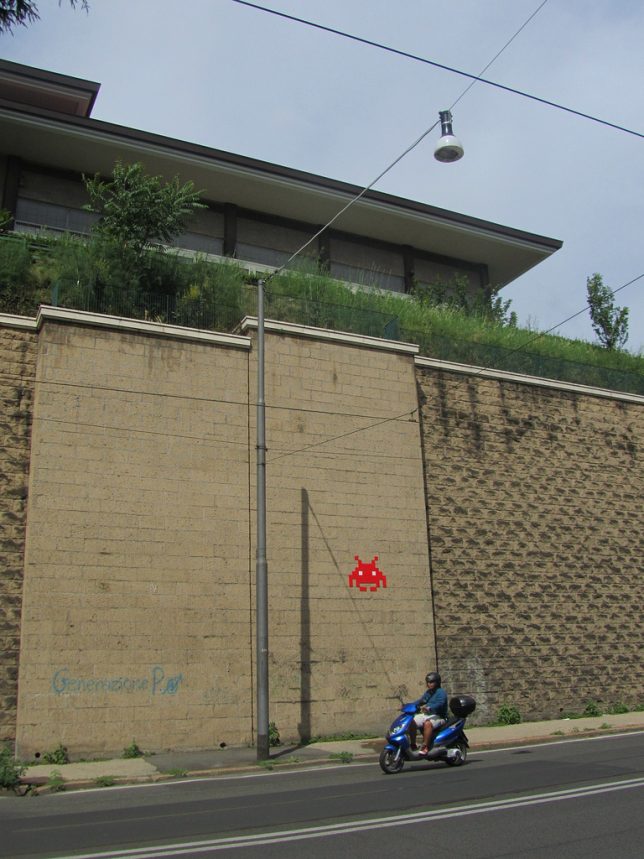 Classical training aside, Invader’s main artistic focus relates to the 8-bit graphic style of visual displays common to the first wave of electronic video games from the late 1970s. His choice of “Invader” as an artistic nom de plume reflects the influence of Space Invaders, one of the first shooter-style video games, released in 1978. The images above, captured by Flickr member Philosofia in Rome in June of 2011, are typical of the artist’s style and preferred placement in public urban settings easily visible but less than accessible. 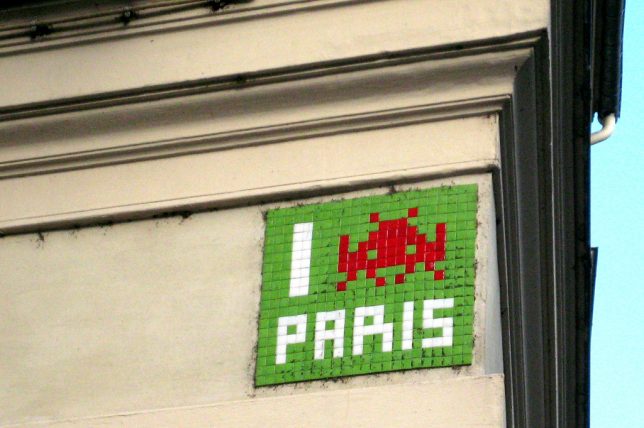 Invader is not your typical tag & go, fly-by-night graffiti artist though many of his works ARE installed in the dead of night so as to avoid traffic and police. Instead, Invader typically plots his so-called “Invasions” of a chosen city far in advance, scouting out locations for his mosaics and semi-completing the works before he goes out to install them. 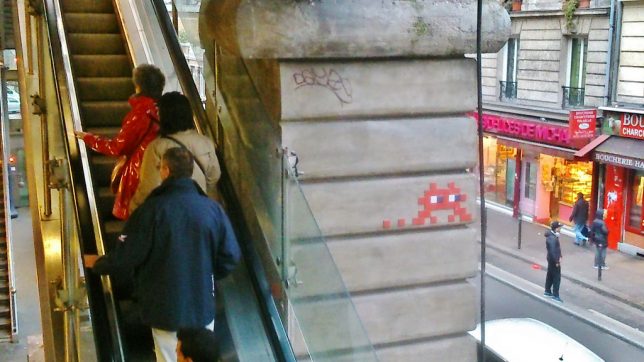 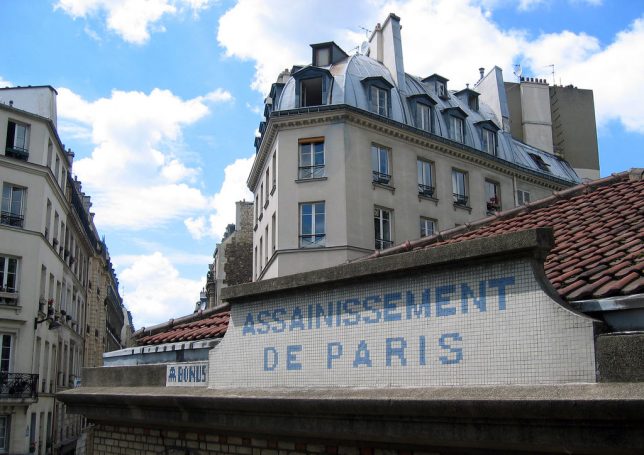 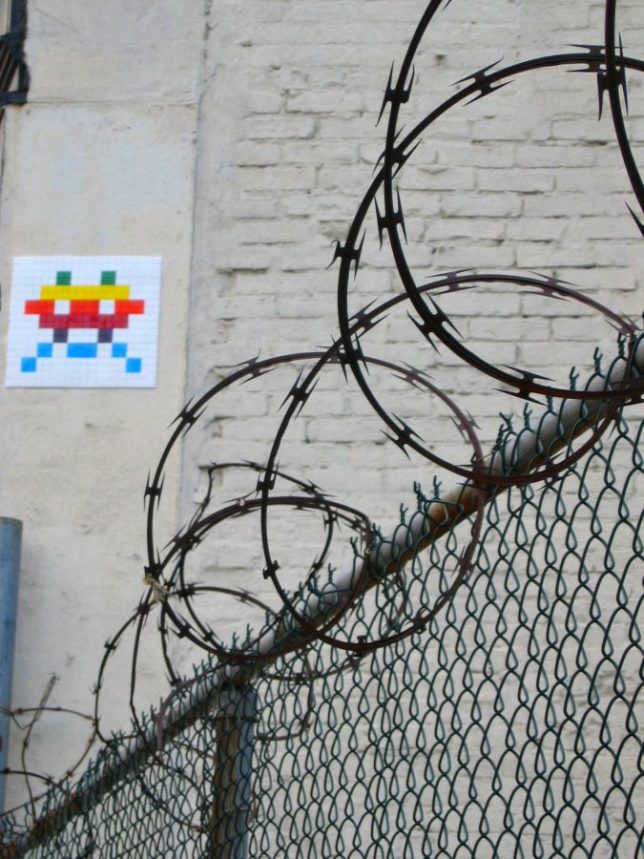 As time went by and word of Invader’s distinctive works spread, a black market for his pieces sprang up. Naturally, the artist disapproved of this – his works were and are designed to be not-for-profit installations. 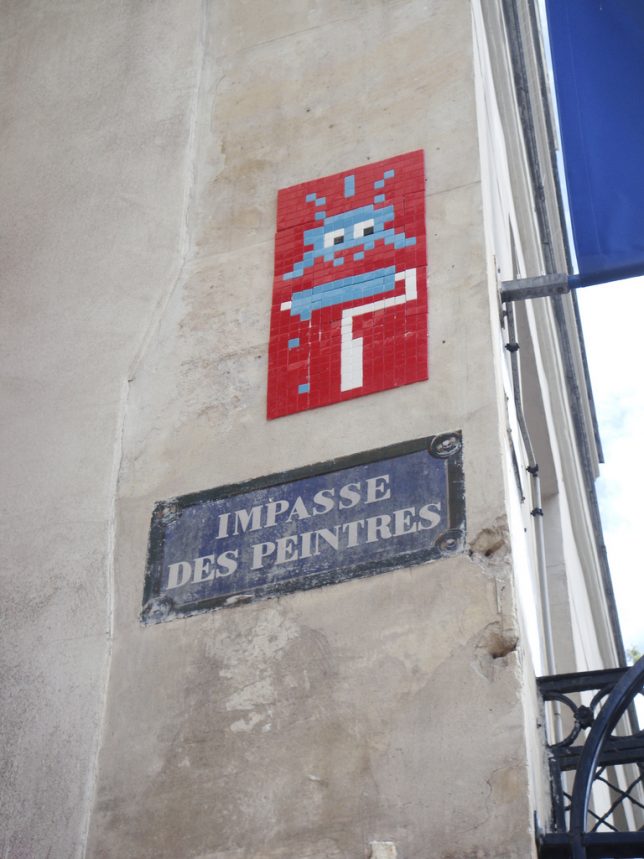 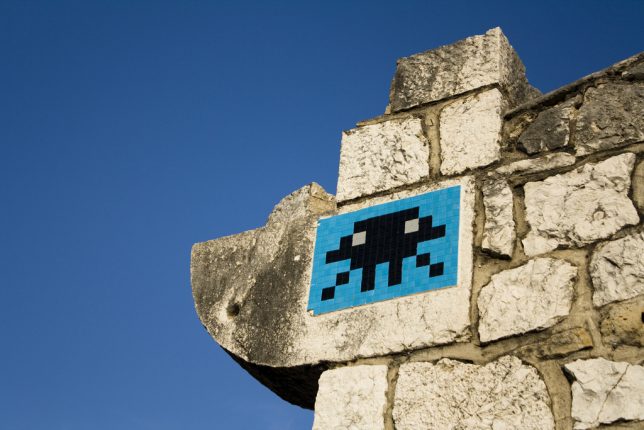 In response to a rash of thefts and subsequent resales, Invader has made efforts to make his work more complex (and therefore more difficult to remove) and he’s also been placing them in higher, less accessible locations. The above images were snapped by Flickr members Allison Meier (allisonmeier), KnitSpirit, and victorillen in 2009, 2011 and 2009, respectively. 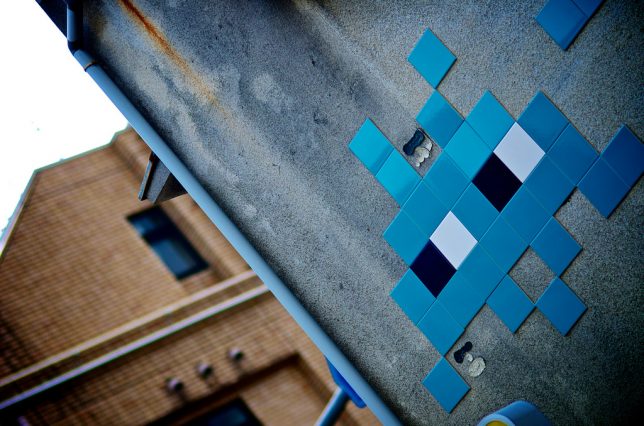 In June of 2011, Invader celebrated the installation of his 1,000th work in Paris alone. Over his “career” to that point, he had created 2,692 space invader style mosaics in 77 cities using approximately 1.5 million ceramic tiles. The mosaic above dates from February of 2013 and was snapped by Flickr member sinkdd in Tokyo, Japan’s famously trendy Harajuku shopping district.