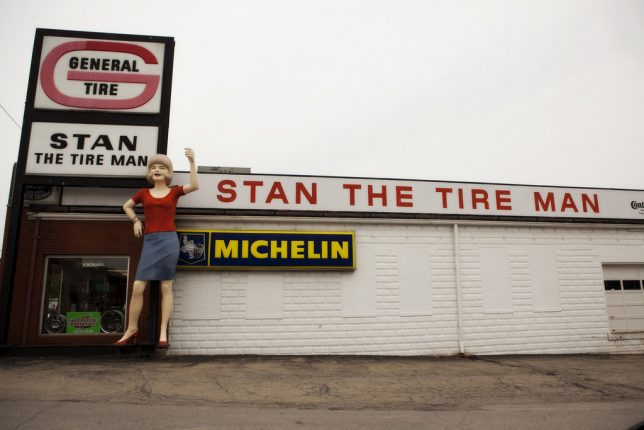 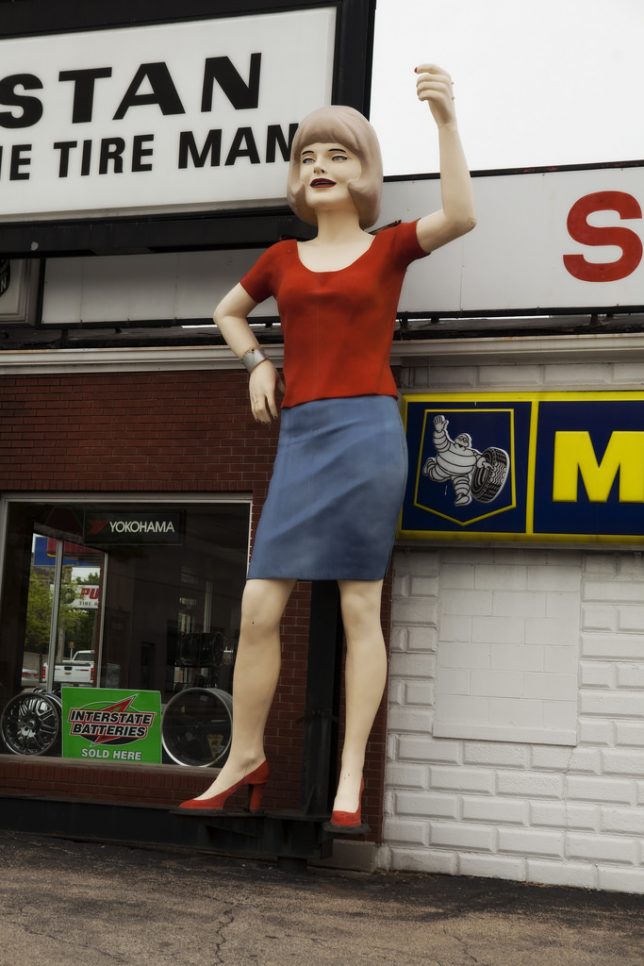 An interesting and less-often seen variation on the classic Muffler Man was “Uniroyal Gal”, his distaff counterpart. Flickr member Silly America caught one such flirty fiberglass female plying her trade outside a tire store in Mt. Vernon, Illinois on May 2nd of 2009. Cute, ain’t she… well, except for the man-hands. 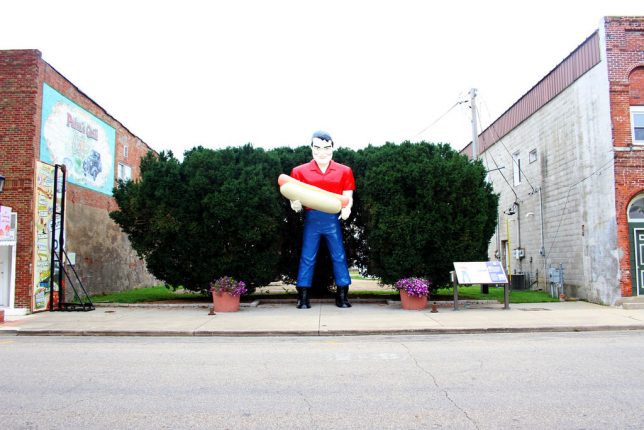 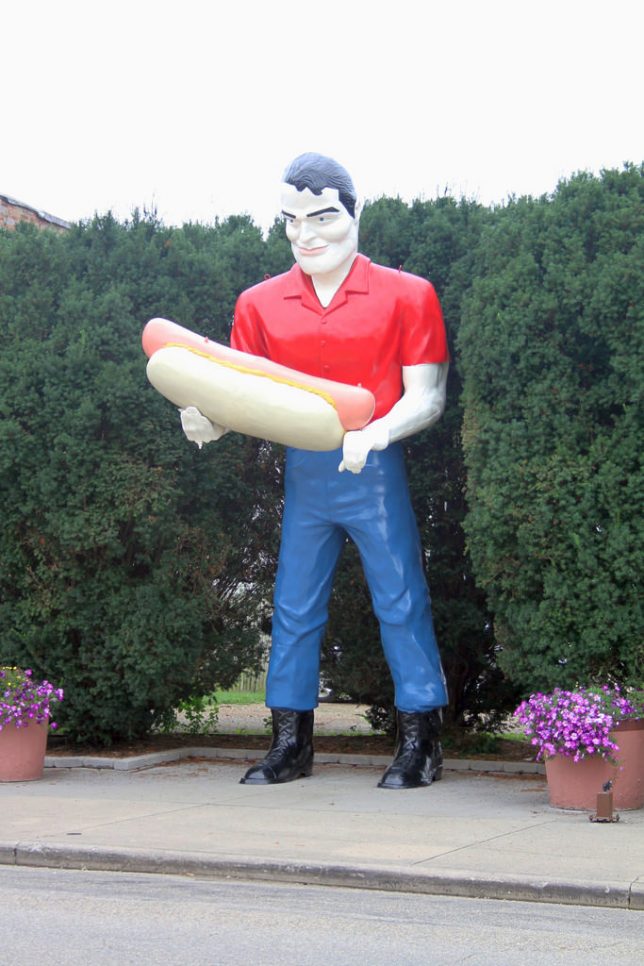 Muffler Men achieved great success as advertising tools due to their inherent adaptability, a fact exploited by the factory. For example, back in the day one could order the “custom giant hot dog accessory” direct from International Fiberglass in California. The celebrated “Tall Paul” Muffler Man in Atlanta, Illinois has been holding his weiner (ahem) since he fronted Bunyon’s deli in far-off Cicero many decades ago. Flickr member Stu Rapley snapped the restored landmark in September of 2016. 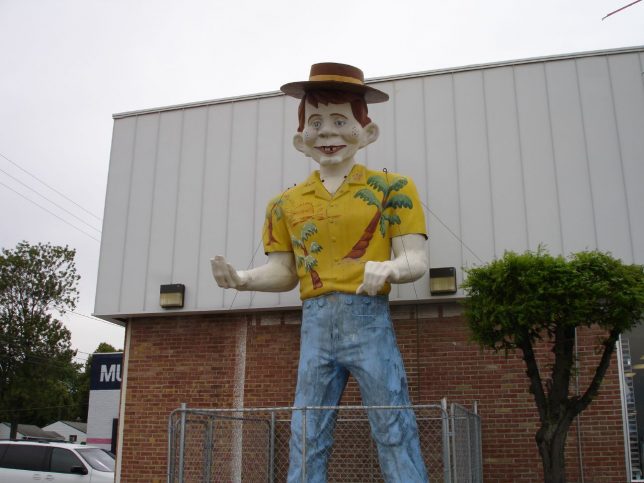 Yes, you SHOULD worry: this giant, muscle-bound Alfred E Neuman hefting an invisible muffler stands inside a chain-link “cage” presumably erected to keep vandals out… but what’s keeping Mad Magazine’s geeky mascot from steppin’ out and laying waste to the town? Then again, that town would be Flint, Michigan. Haven’t those people suffered enough? Flickr member Angie Shyrigh (wormwould) risked life, limbs and a good night’s sleep to capture the boldly-dressed Nerd God In June of 2006.