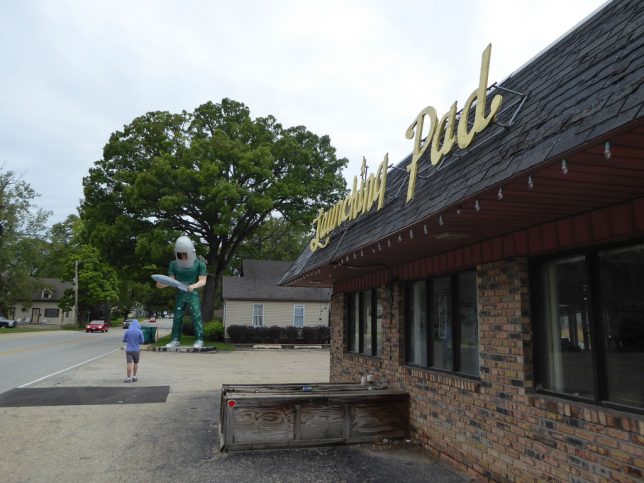 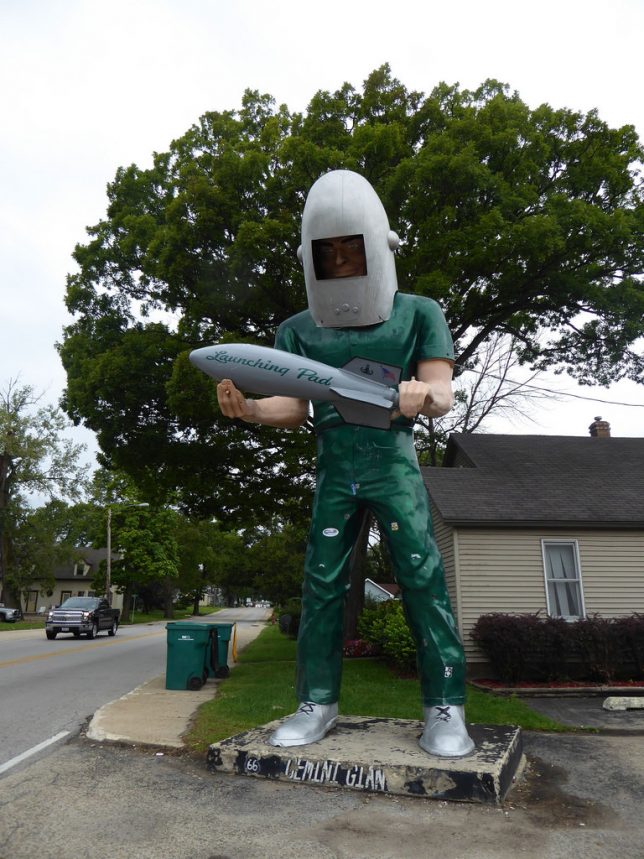 The 30-ft-tall “Gemini Giant”, one of the largest Muffler Men, stands outside the Launching Pad Drive-in diner in Wilmington, Illinois. Wilmington was one of the early stops on Historic Route 66, making it an ideal place to install a eye-grabbing advertising statue. 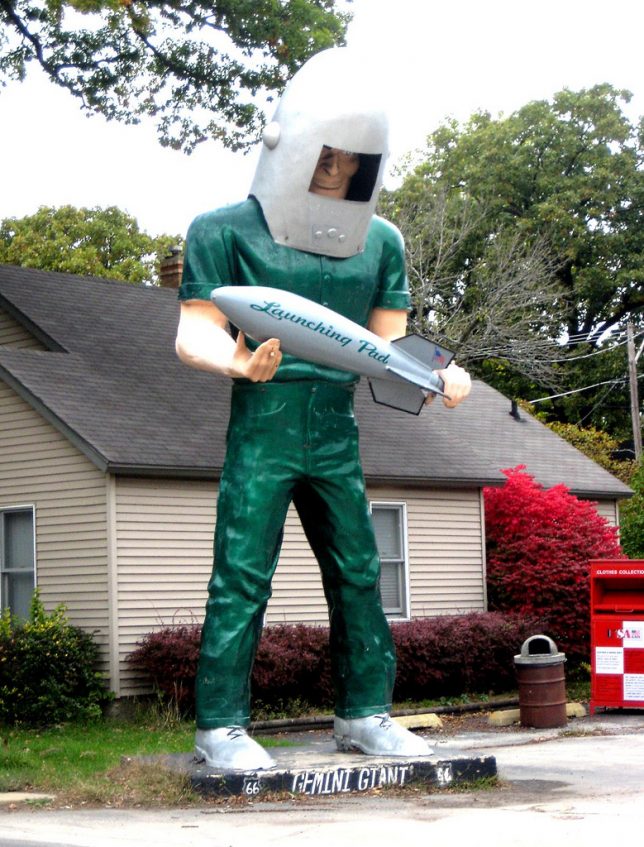 Wilmington was one of the early stops on Historic Route 66, making it an ideal place to install a eye-grabbing advertising statue. The “Gemini” refers to NASA’s pioneering manned space program that ran from 1961 through 1966. Flickr members Stu Rapley (StuRap) and S Jones (pixeljones) snapped this stranded visitor from a lost world in 2016 and 2009, respectively.

None But The Brave 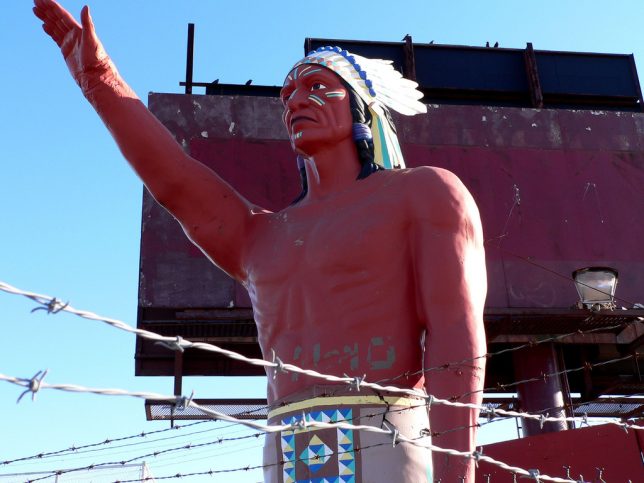 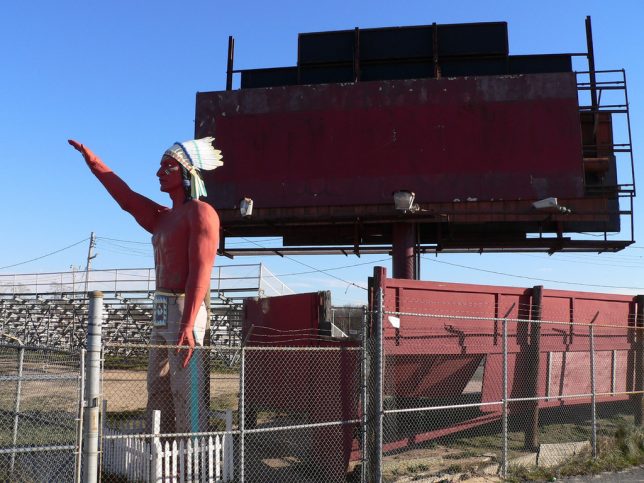 According to Flickr member Kurt Christensen, “This statue is the only known Muffler Man on Long Island. He stands all by himself in the parking lot of the Riverhead Raceway. It is obvious that his hand has been reattached.“ 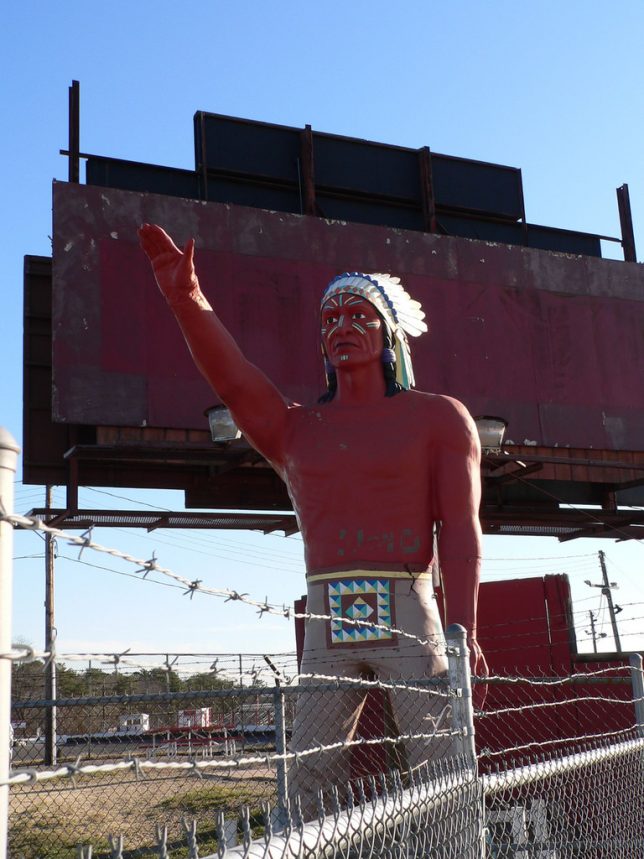 Indeed, these images dating from 2006 are disturbing on a number of levels, even notwithstanding the barbed wire that adds an evocative touch to the overall sad scene.

You Will Be Laminated 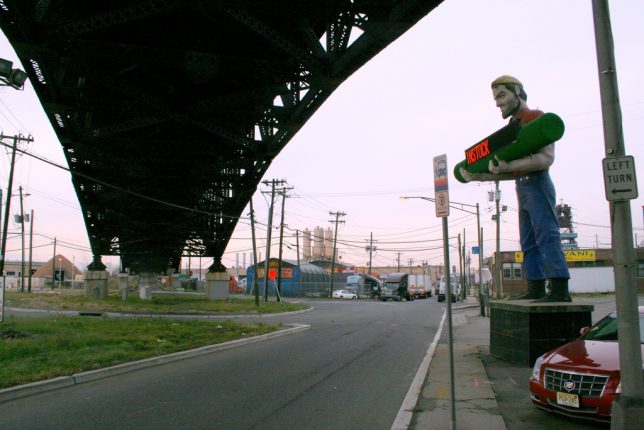 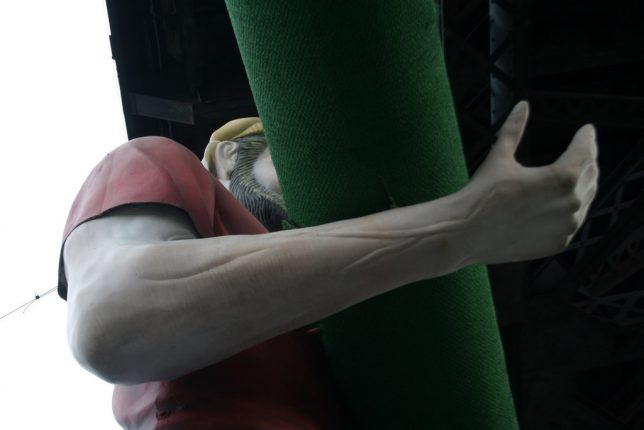 It’s futile to resist the great deals on laminate carpet just off the Pulaski Skyway in Jersey City. Note the exquisite molded detailing that highlights the veins on the giant’s arms, which must be tired after carrying that rug for untold years. 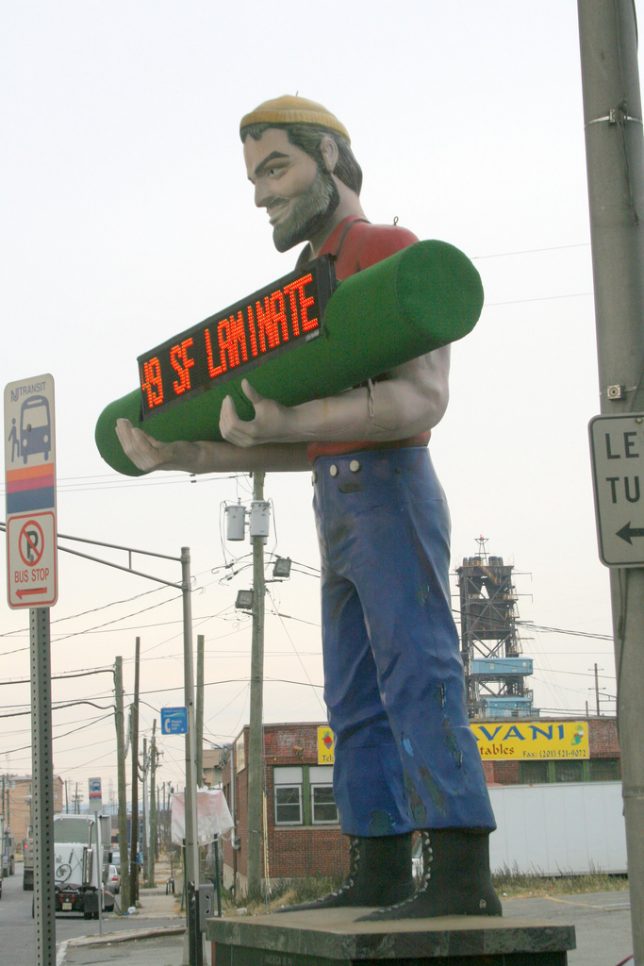 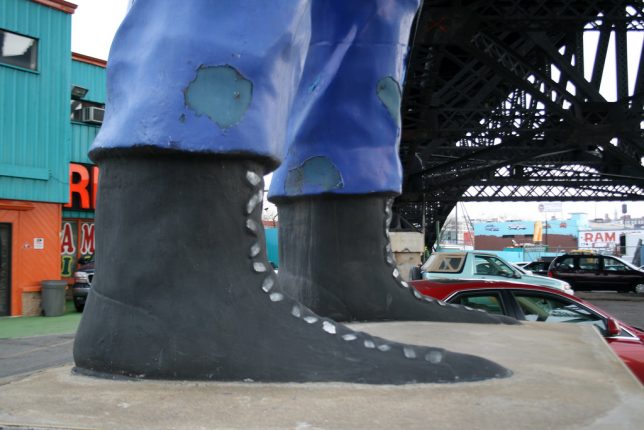 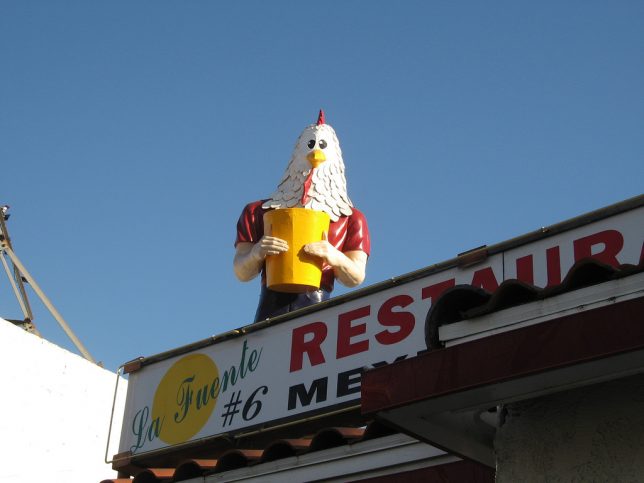 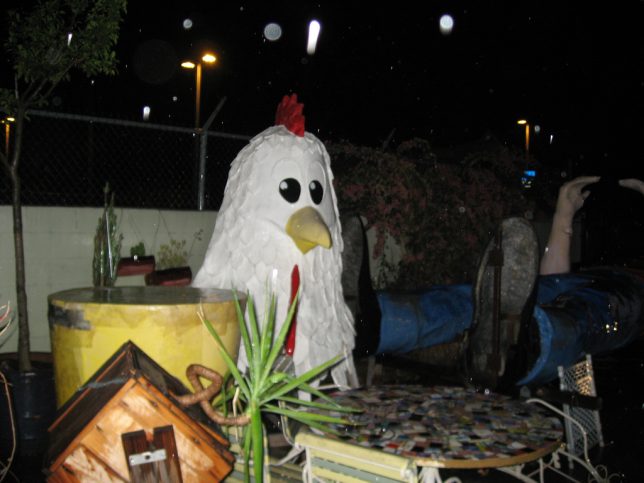 Heh, and you thought the giant Alfred E Neuman was disturbing. Ol’ Al can’t hold a candle to “Chicken Boy“, surely one of (if not THE) strangest Muffler Men of all time. Originally “perched” atop a fried chicken restaurant near the Grand Central Market in downtown Los Angeles, the customized, one-of-a-kind statue was put into storage for 20-odd years after the restaurant closed in 1984. 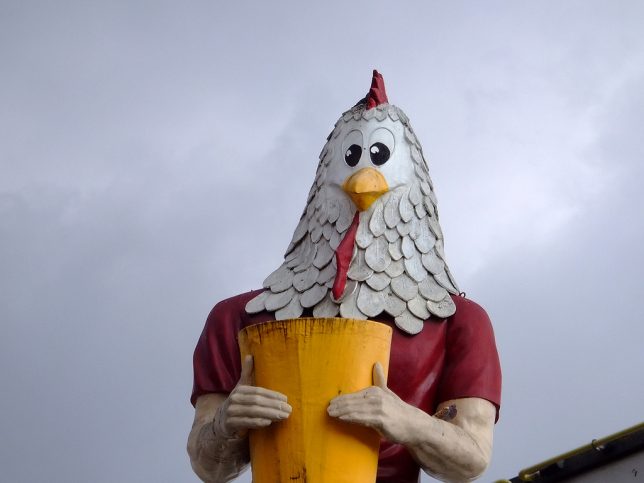 LA-based art director Amy Inoue gets credit for first saving Chicken Boy from the trash heap, then re-mounting the figure atop her art studio in Highland Park in 2007. Three years later in 2010, California Governor Arnold Schwarzenegger bestowed official recognition upon the colorful 22-ft tall fiberglass statue with the Governor’s Historic Preservation Award. Thanks, Arnie, even though Chicken Boy likely has nicer pecs than you do.