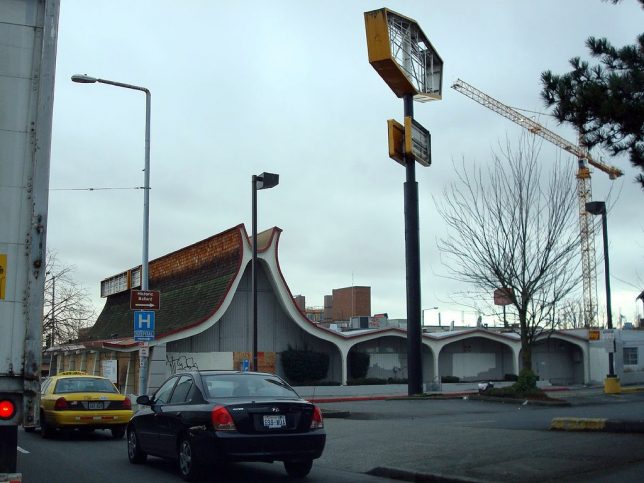 The closed and abandoned Denny’s at the corner of NW Market St. and 15th Ave NW in Ballard, Seattle, was demolished on the morning of June 24th, 2008 but it didn’t go without a fight. Hundreds of local residents came out to mourn the loss of the then-44-year-old building which served its last Grand Slam Breakfast in 2007. The above photo was snapped by Flickr member Jonathan Assink in late 2007. 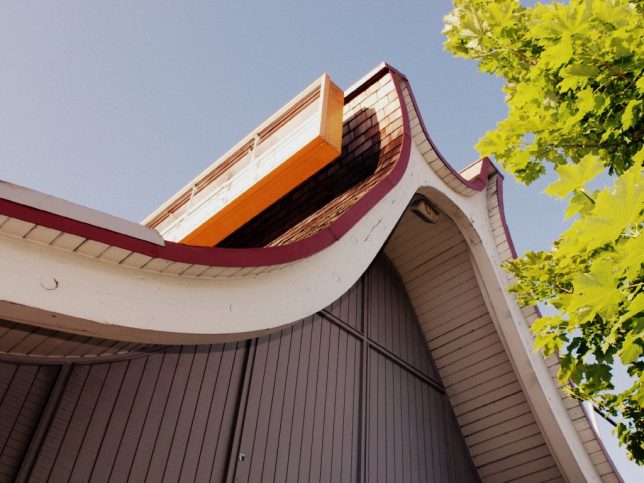 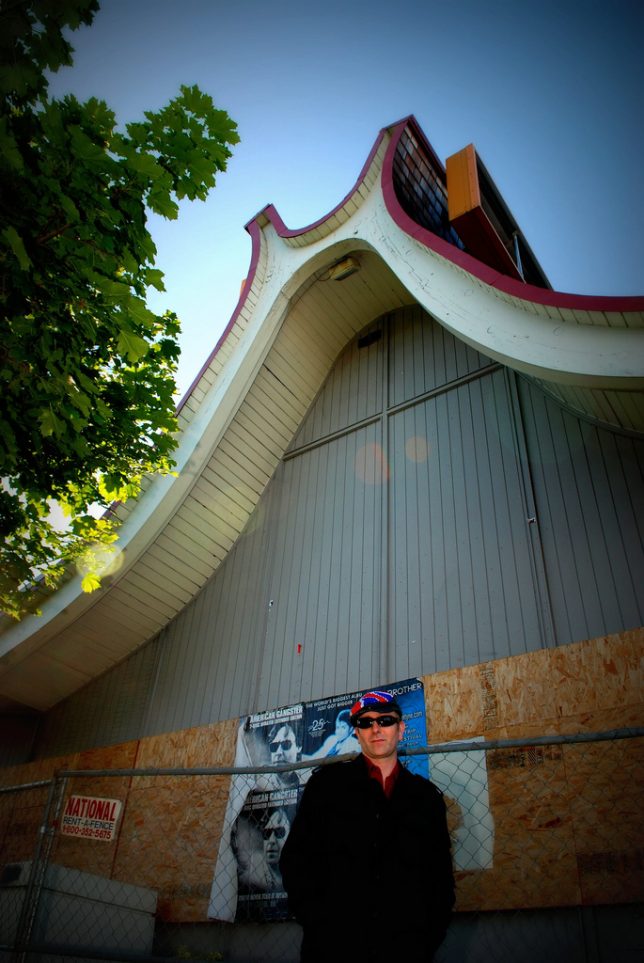 “This just makes way for a more homogeneous culture,” said one local resident to a reporter from The Seattle Times. “Years from now, people are going to ask, ‘What happened to all of our culture?’ Well, too bad, we destroyed it.” 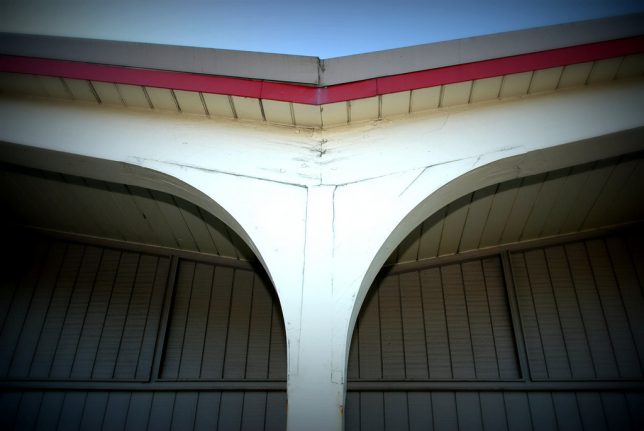 The Googie-styled building was initially spared from redevelopment when the city’s Landmark Preservation Board designated the former Denny’s as an historic structure… but later reversed their vote after the site’s buyer, a condo developer, stated they would be adversely affected financially. Flickr member andrea (scarlet.) snapped some of the building’s outstanding features in early June of 2008, mere weeks before its unfortunate demise.

No Need To Google It 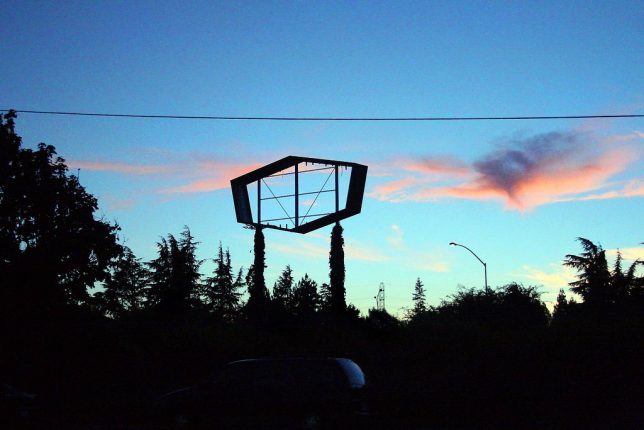 You’d think the hard-driving, Silicon Valley town of Mountain View, California would support a fast-casual restaurant that’s open 24-7, but the above skeletal Denny’s sign shows that’s not a valid assumption. Still, it’s worth noting that in a city where brand giants such as Google and Symantec have their HQs, merely the shape of the decommissioned sign is enough to peg it as an ex-Denny’s. Flickr member Caffeinatrix captured this ethereal view of the sign against the dawn (or dusk) sky on July 20th of 2007. 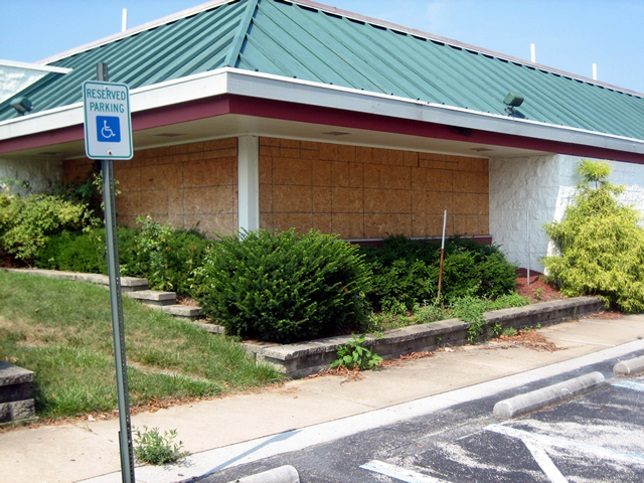 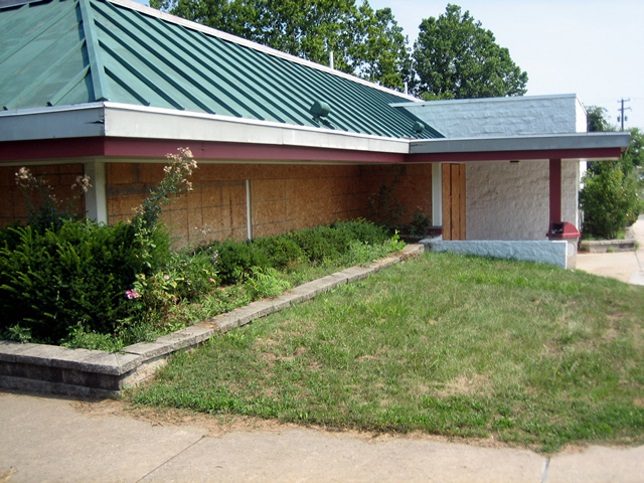 Flickr member Justin Swartz (RoboJammies) brings us these images of an abandoned Denny’s restaurant situated at the end of Camp Betty Washington Road in York, Pennsylvania. Seems “the end of the road” is appropriate in this instance. 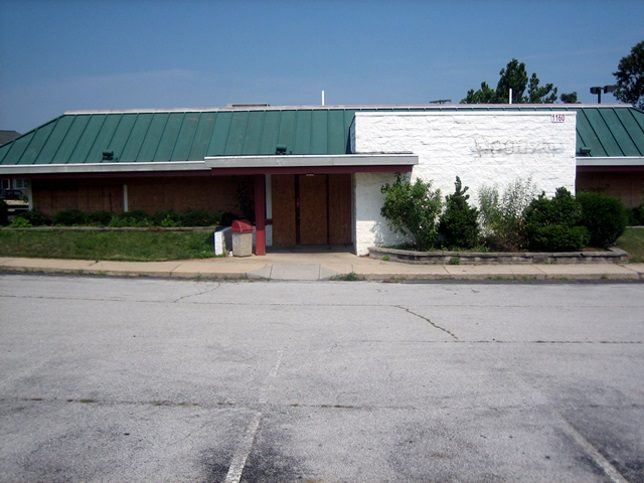 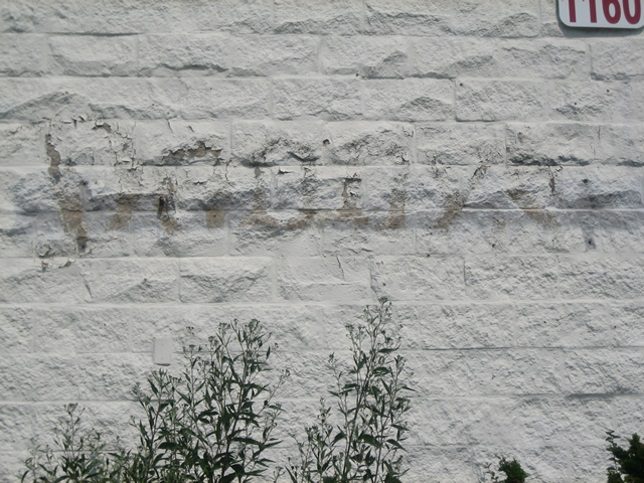 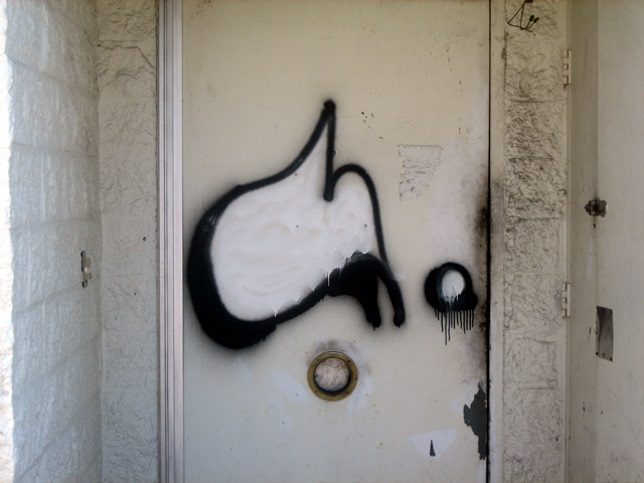 It’s not known how long the store had been closed, only that the photographer snapped the mildly overgrown and lightly graffiti-tagged edifice in mid-July of 2012. 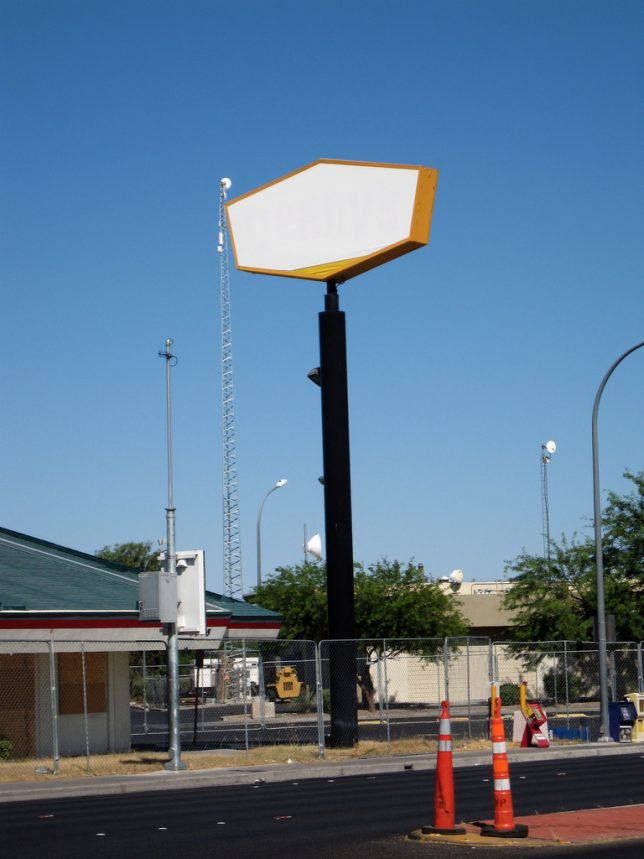 Las Vegas, Nevada may be the real City That Never Sleeps but not every Vegas Denny’s franchisee has hit the jackpot there. Take the above location, captured by Flickr member Robby Virus on July 4th of 2010. The blanked-out sign advises both high-rollers and those who’ve crapped out that dining in the desert ain’t no comped buffet.