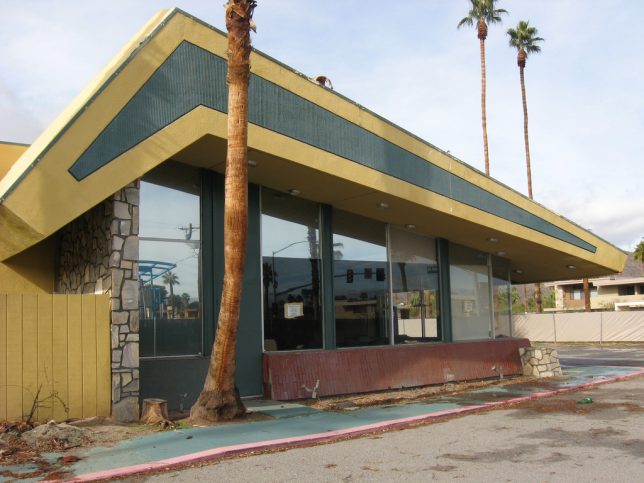 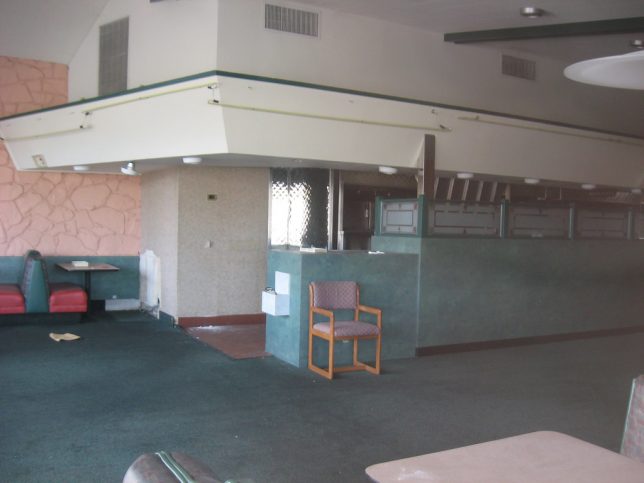 Palm Springs eternal, hope – not so much. This exquisitely abandoned Denny’s along with a possibly-associated adjoining motel had only lately given up the ghost when Flickr member Charles Hathaway (romieys) captured it inside and out in January of 2008. 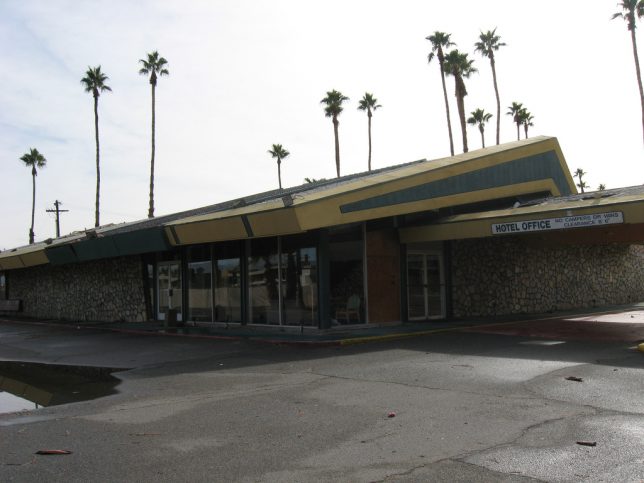 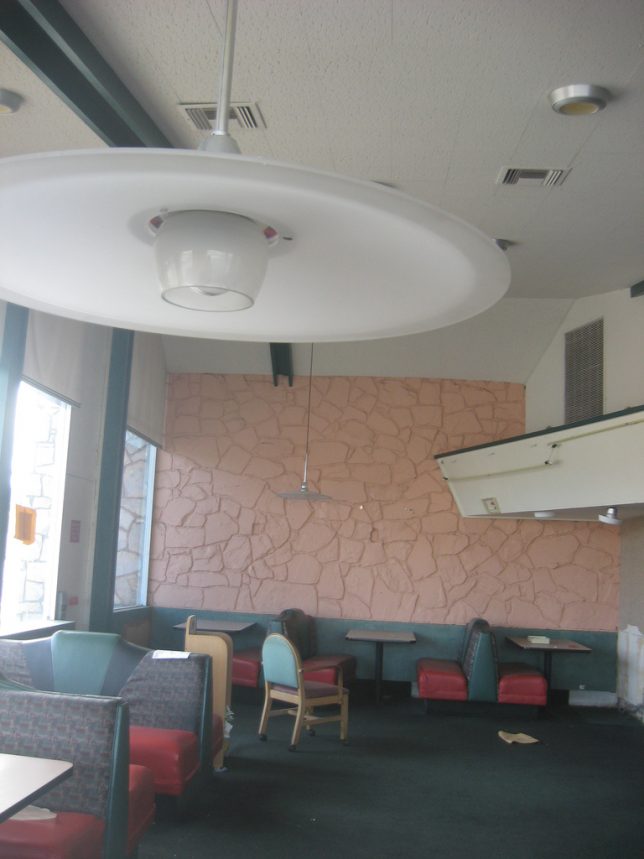 It’s possible this store was formerly a Sambo’s before its re-branding. Denny’s bought many floundering Sambo’s restaurants when that chain went bankrupt in the 1980s but retained their complementary mid-century architecture and style. 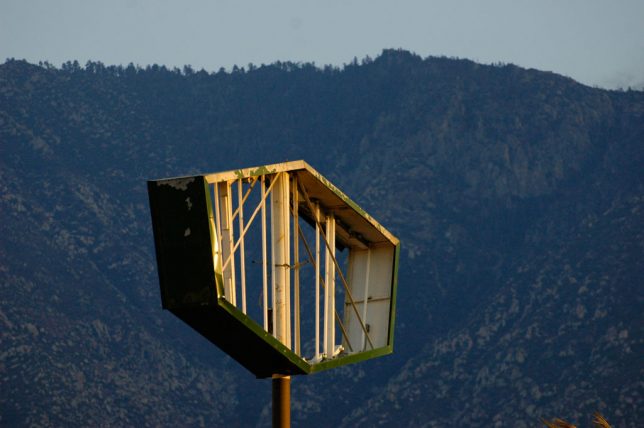 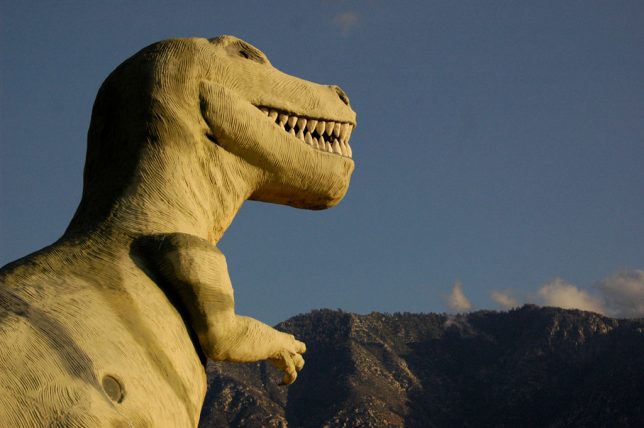 Hmm, we don’t recall a Denny’s nestled in among the famous Cabazon Dinosaurs… perhaps this particular Denny’s wasn’t yet built when Pee-wee’s Big Adventure was filmed there in 1985. Andrew Ranta (mrphancy) visited Cabazon, California in November of 2008, where he snapped many photos of the dinosaurs plus a single shot of the skeletal Denny’s sign. 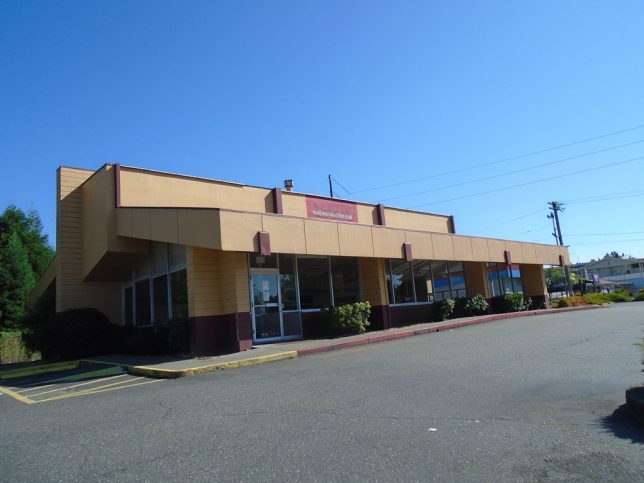 According to Flickr member Rob’t J. Givnin Sr. (Bellevue Bob), “Dennys on 8th and 116th has closed its’ doors. ODD, they ALWAYS seemed “BUSY” to me. I THINK the City of Bellevue had SOMETHING to do with this OLDER Establishment going out… CHICK-fil-A is now here.” 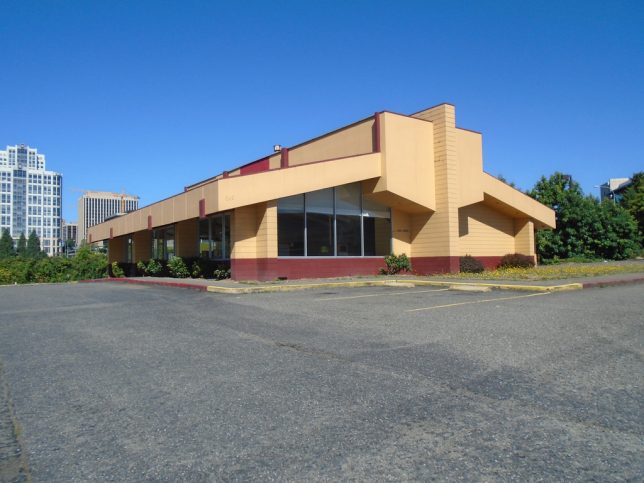 The photographer’s crisp images highlight the almost-Brutalist vibe exuded by the store’s architecture, an atmosphere enhanced by the brilliant, cloudless weather on August 9th of 2014.

From Grand Slam To “You’re Out” 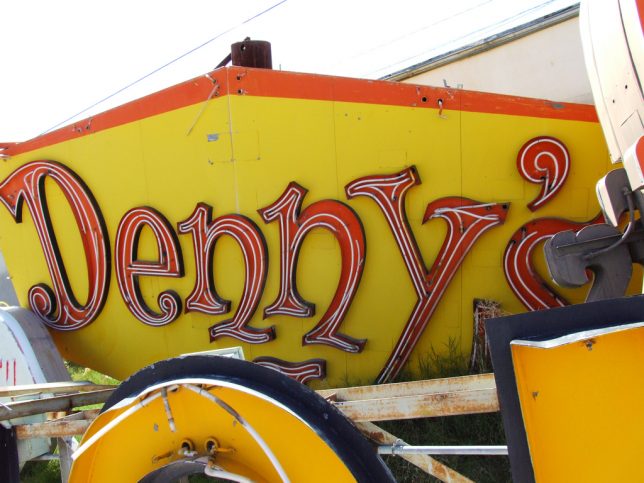 All good things must come to an end, and if that thing was a Denny’s sign displaying the beloved-by-many twentieth century typeface then the end is a sign graveyard in Las Vegas, Nevada. Flickr member Curtis Perry captured the final resting place (pending recycling) of this bright, un-faded sign in April of 2006. Check please!