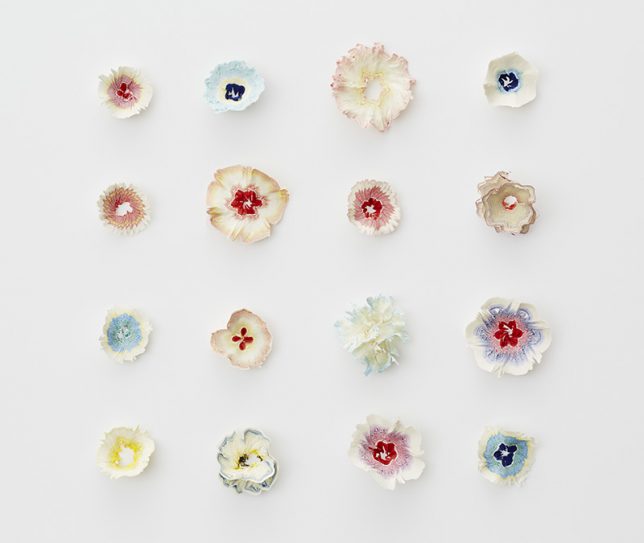 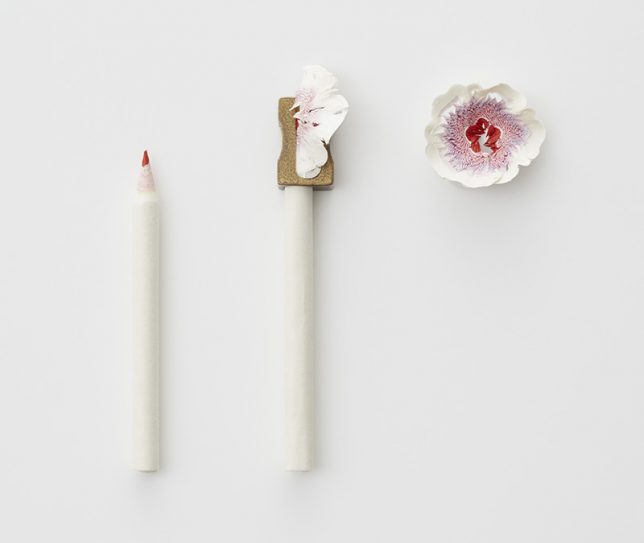 For Haruka Misawa, there’s unexpected beauty to be found even within the shavings that are left behind after sharpening a pencil, which she saw as bloom-like forms. The artist then began making her own pencils in order to enhance the effect, layering paper into pencil-like forms and then ’sharpening’ the ends. She adds color gradations to paper before printing, applies paste to the surface and then wraps it around a core to create ‘pencil’ shavings that are only about 15mm-40mm in diameter. 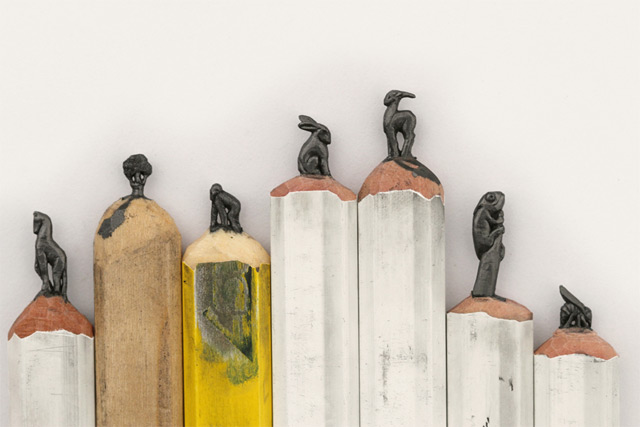 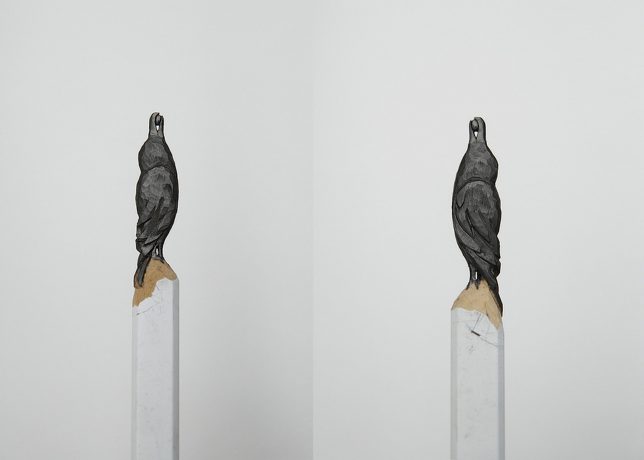 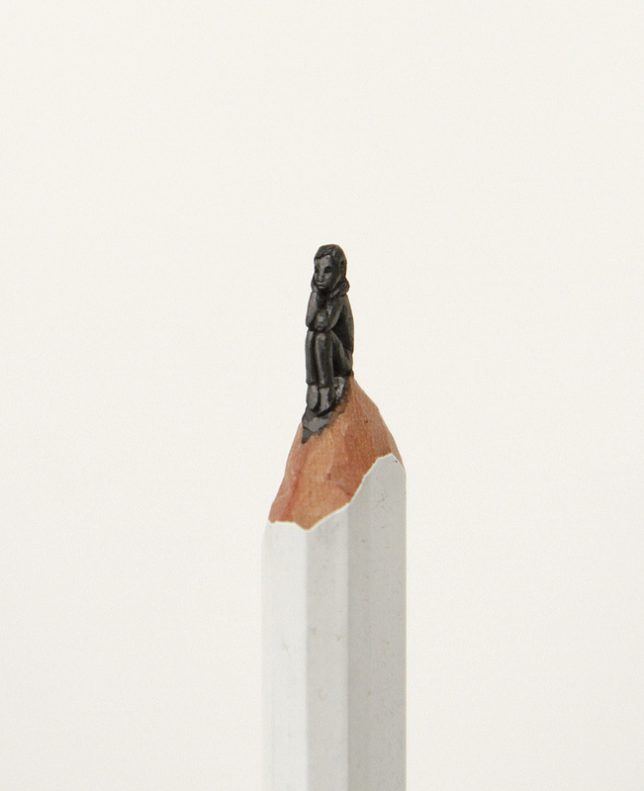 Diem Chau often makes natural objects and imagery like plants and animals the subject of her pencil work, like the raven and elephant pictured here, and is also known for carving crayons. The elephant piece in particular was inspired by photos of Jimmy John Liautaud, founder of Jimmy John’s, killing endangered animals on safari in Africa. Of the elephant, she says, “I wanted to make something beautiful and sad. I feel his loneliness.” 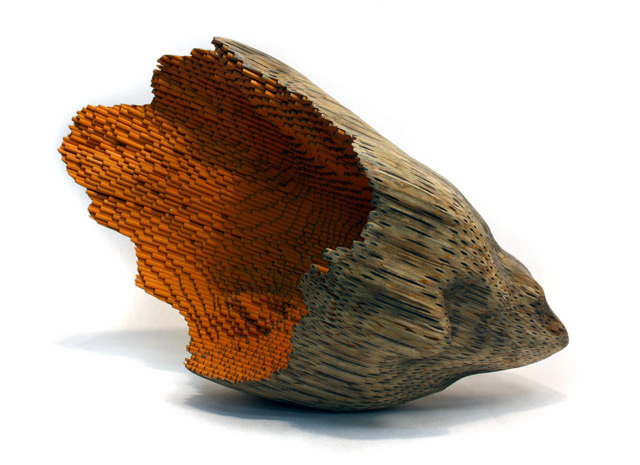 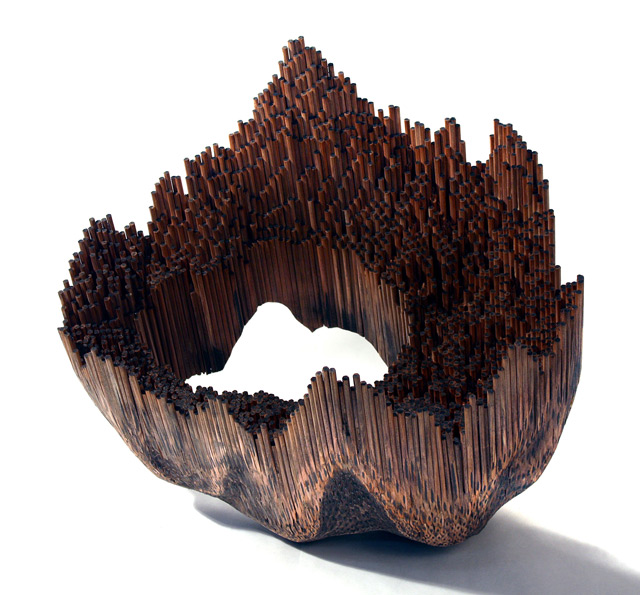 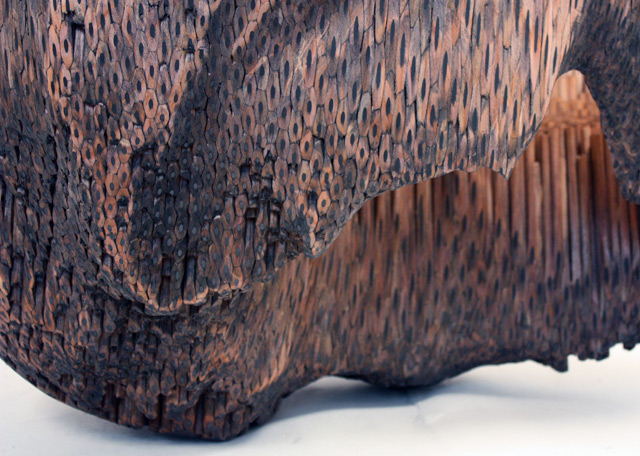 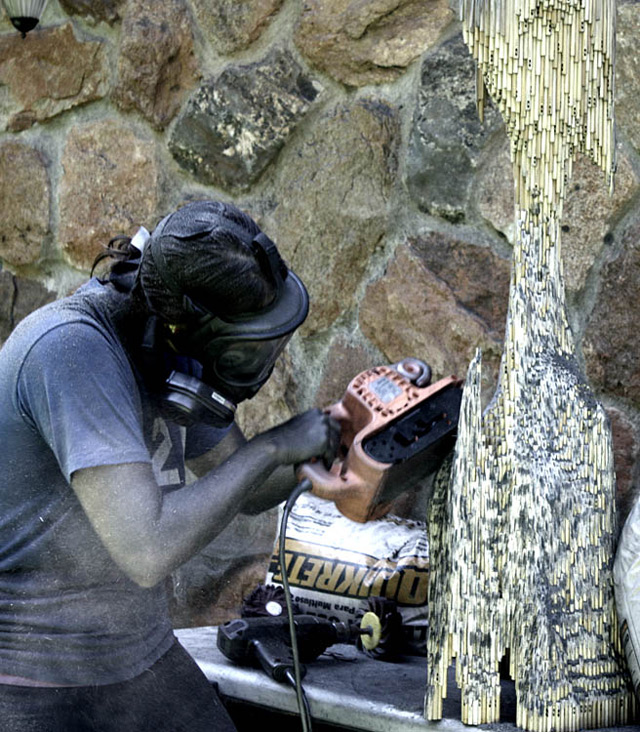 Only the insides of these organic-looking sculptures by Jessica Drenk reveal what they’re made of, the pencils left intact and recognizable, while those set along the exterior of each piece have been carved and sanded into strange new forms. Drenk uses an electric sander to form each one, blasting herself with graphite in the process. “By transforming familiar objects into nature-inspired forms and patterns, I examine how we classify the world around us,” she says. “Manufactured goods appear as natural objects, something functional becomes something decorative, a simple material is made complex, and the commonplace becomes unique.” 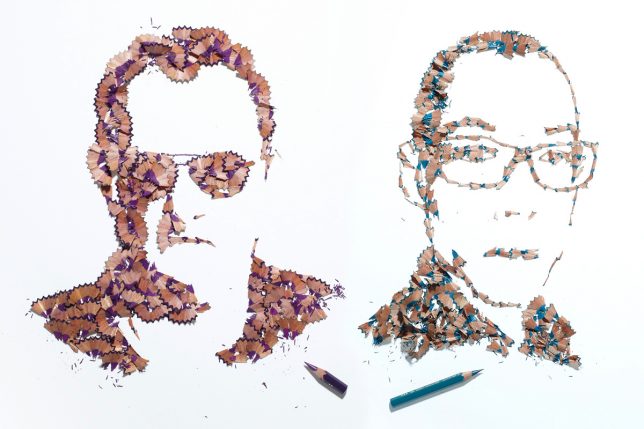 UK artist and designer Kyle Bean isn’t generally known for pencil-centric works; he typically collaborates with still life photographers to create humorous and playful imagery and animation for editorial and commercial projects. But many of his works involve “a whimsical and meticulous reappropriation of everyday materials and handcrafted techniques,” as you can see here with a series of pencil shaving portraits he completed for Wallpaper Magazine. 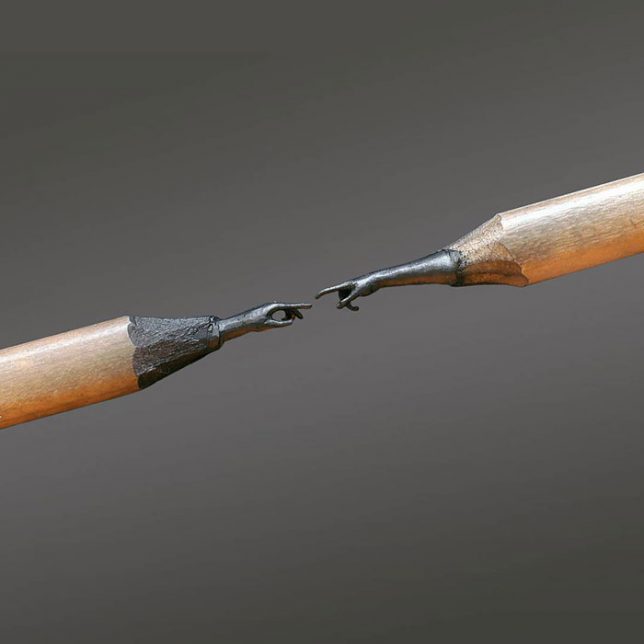 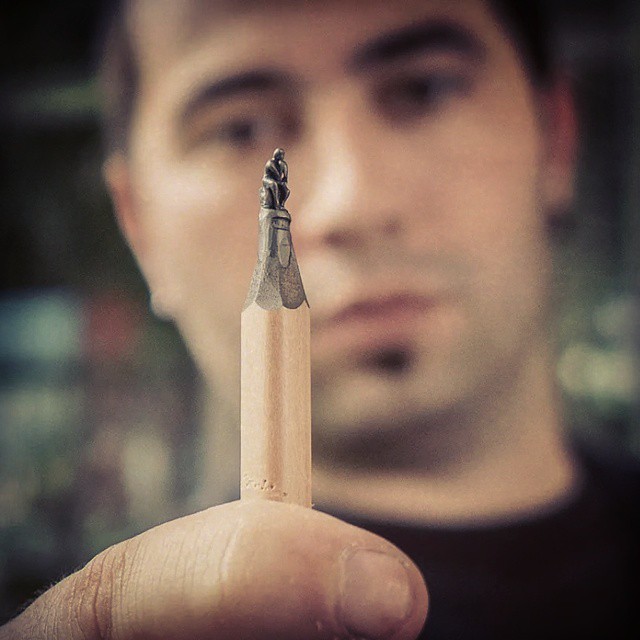 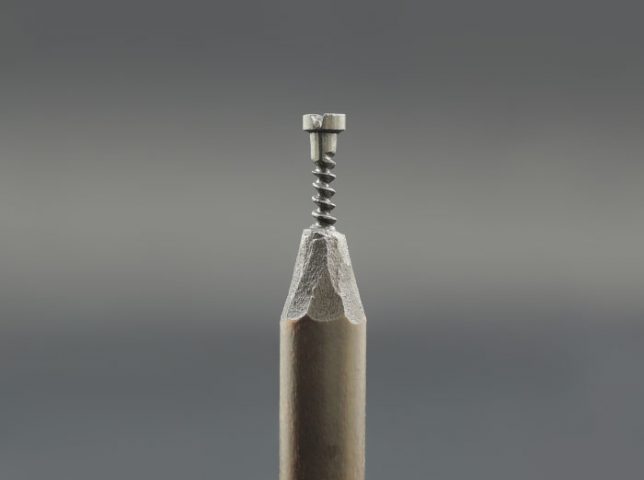 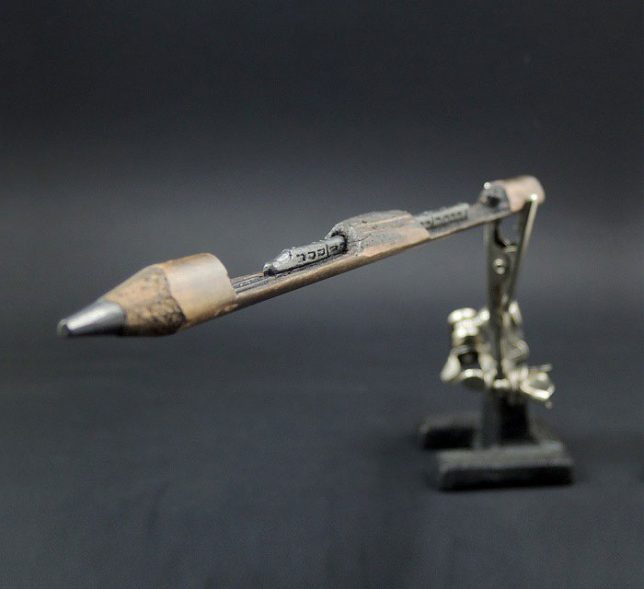 Bosnian-born artist Jasenko Dordevic saw Dalton Ghetti’s work and felt inspired to try out pencil carving himself, resulting in similarly intricate sculptures that have to be seen through a lens to best appreciate their details. He prefers to use graphite as a medium, “since it is hard and fragile at the same time. One has to be very careful when working with black lead, as the smallest lack of attention can lead to its cracking.”