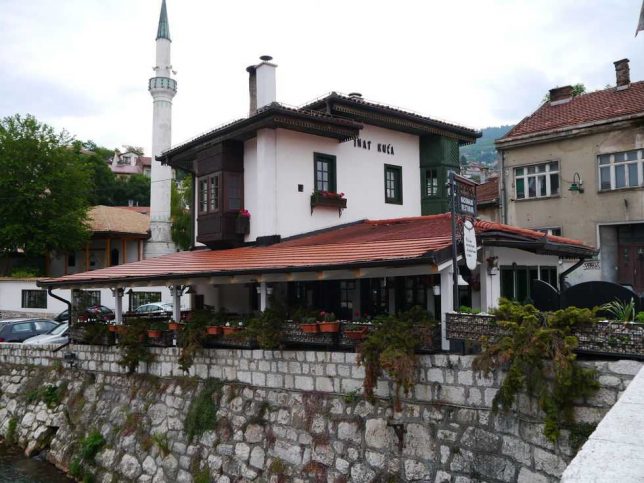 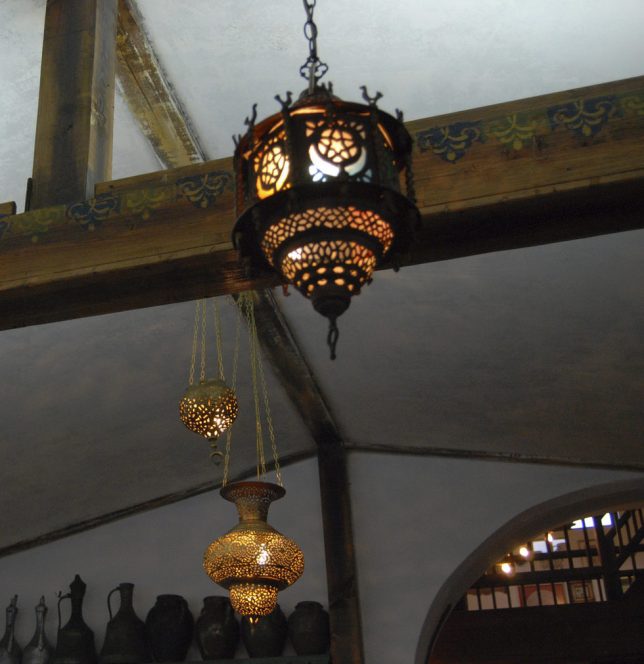 Inat Kuca (“House of Spite”) is located in Sarajevo, Bosnia… but it wasn’t always situated in its current location alongside the Miljacka river. Back in the early 1890s, Austro-Hungarian authorities wanted to build a glittering new city hall to showcase their recently-won power over the city. Those authorities weren’t ALL-powerful, however: a homeowner by the name of Benderija refused to sell out. No word if he told them to bite his shiny non-metallic ass. 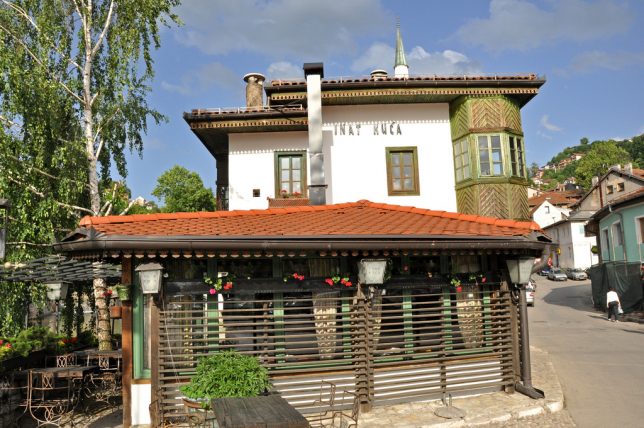 Stubborn old Benderija finally agreed to vacate the worksite but he drove a hard bargain: the city had to (a) pay him a sack of gold ducats and (b) move his house across the river, brick by brick, and rebuild it on the opposite riverbank. Over a century later, Benderija’s house of spite still stands (although it’s been a restaurant since 1997) and so does the city hall, though the latter currently houses a museum. 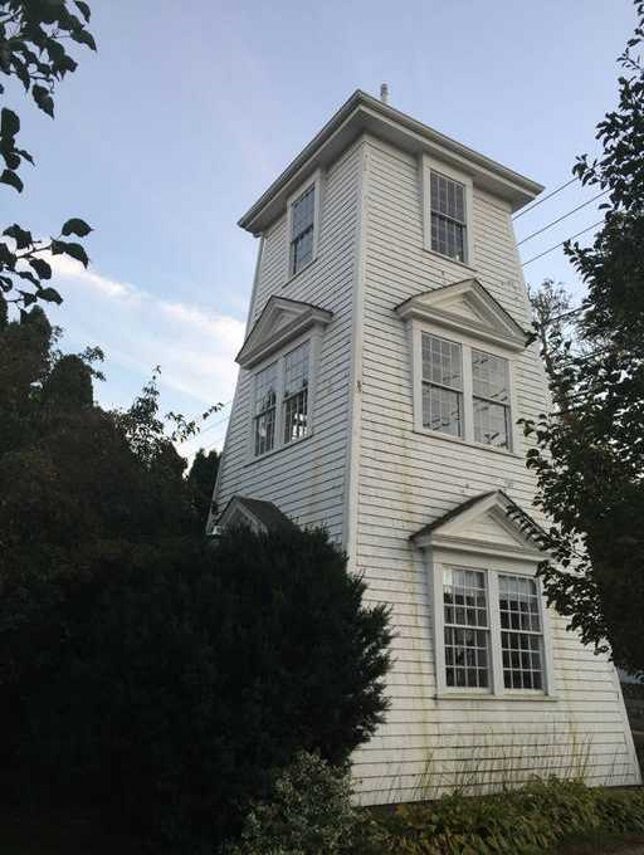 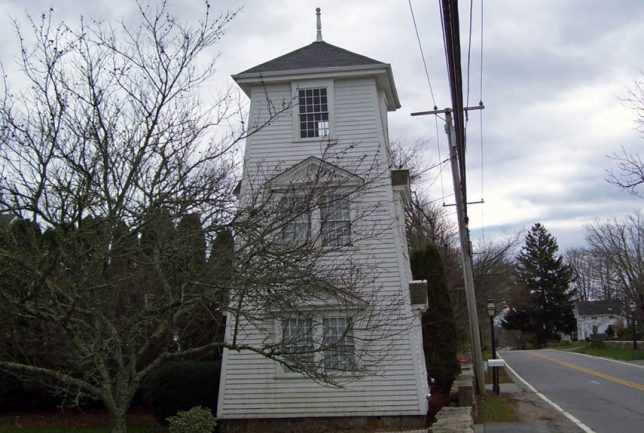 The three-story Adamsville Spite Tower was built in 1905, supposedly by a local resident who wanted to block the view enjoyed by one of his or her neighbors. The tower wasn’t just for show, however. It sits over a deep well with the well-house on the ground floor, a water storage tank on the top floor, and a chauffeur’s residence in between. One would think the chauffeur didn’t sleep easy sandwiched between the two. 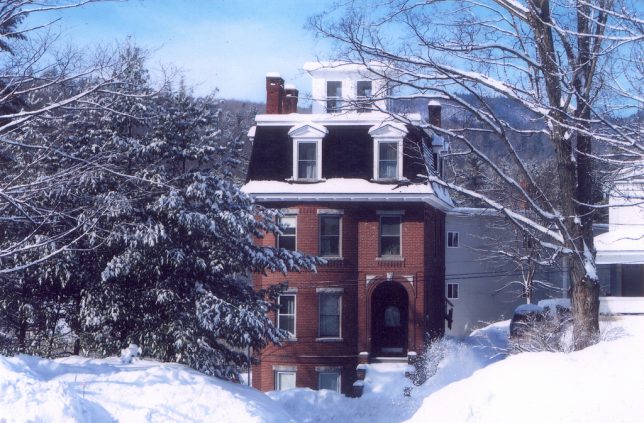 Located at 20 Prospect Avenue in Rumford, Maine, this four-story, red brick Victorian-style house was built in 1901 by Charles Cheney, owner of the Cheney Opera House. If the building looks a tad tall & narrow with its footprint curiously close to the street, well, there’s a reason for that: pure, unadulterated spite. 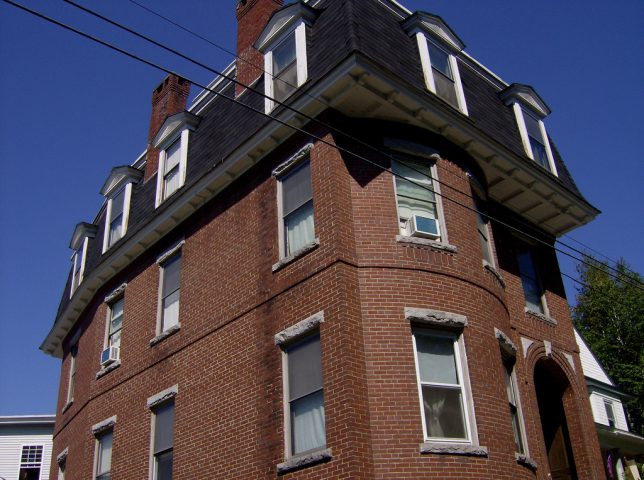 It seems Mr. Cheney and his neighbor, Glen Stephens, were embroiled in some quarrel the particulars of which are lost to the mists of time. Cheney’s solution to their squabble was to build a house boasting the aforementioned attributes in order to block Stephens’ view of nearby Rumford Falls. Hmm, wouldn’t that make a great opera? 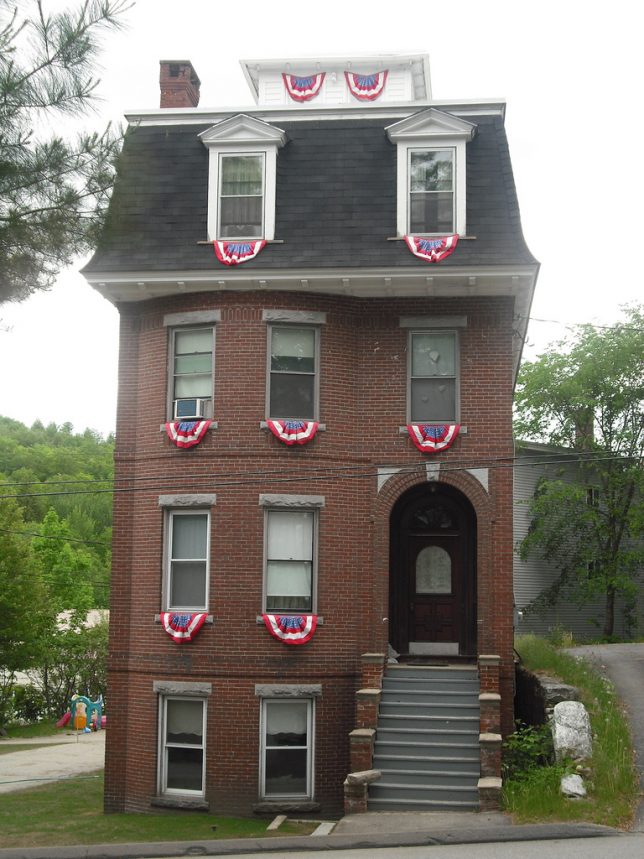 Presumably Cheney was quite pleased with himself having usurped Stephens’ prized vista for his own enjoyment – an experience best appreciated when traversing the architectural “widow’s walk” constructed on the house’s roof. We also must assume Cheney had no interest in resolving his conflict with Stephens; his house was built to last and indeed, it’s outlived both the protagonists. It takes truly vicious spite to stand the test of time.