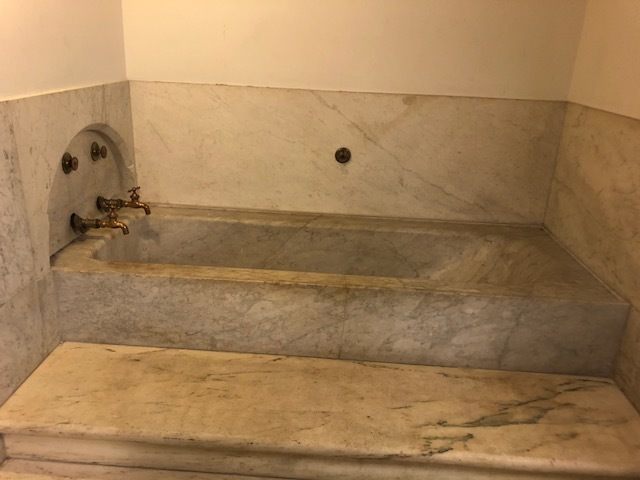 (images via: Sarah B, Atlas Obscura)

Perhaps, to our current senators, the idea of soaking in a cold marble subterranean tub located in the basement of the Capitol Building doesn’t exactly sound relaxing. But these ‘secret marble bathtubs’ were once a luxurious perk of lawmaking in Washington. That makes a lot more sense when you learn that in contrast to the luxurious digs of modern-day legislators, senators back in the 19th century camped out in boarding houses lacking indoor plumbing while Congress was in session. They requested the six spacious Italian marble baths as an addition to a renovation of the building, and frequently indulged in hot soaks to write speeches, think or even entertain guests. As indoor plumbing became standard, the baths became obsolete, and they were forgotten for decades before a 1936 excavation unearthed them. Their purpose seemed very mysterious to the architects and political staffers who found them at a time, until a man came forward who remembered using them as a child. 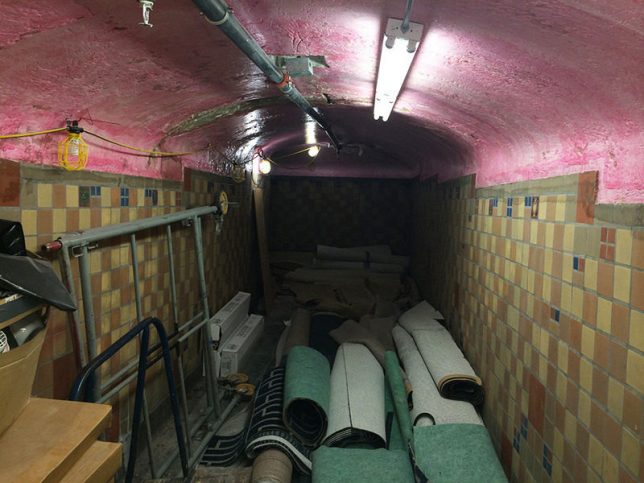 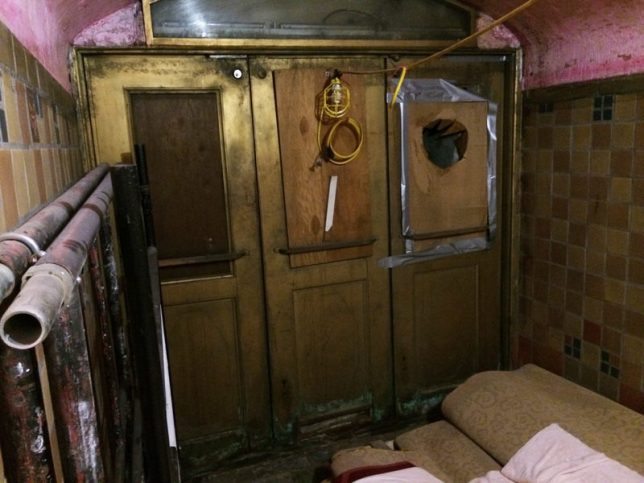 Built in 1929, during the Jazz Age, this Art Deco building with its gigantic red sign has all sorts of secrets. One is the nation’s largest private power plant, located in its sub-basements. Another is a forgotten bank vault under the lobby. The dining room once had a retractible ice floor. But passersby walking along 34th avenue outside have no idea they’re passing over a charming Art Deco tunnel that’s almost like a time capsule. It once led to a platform near the E line of the subway, which was blocked off in the ‘60s. Today, it seems to be used for storage. Imagine how many other tunnels there are like this underneath the city that have truly been forgotten by time. 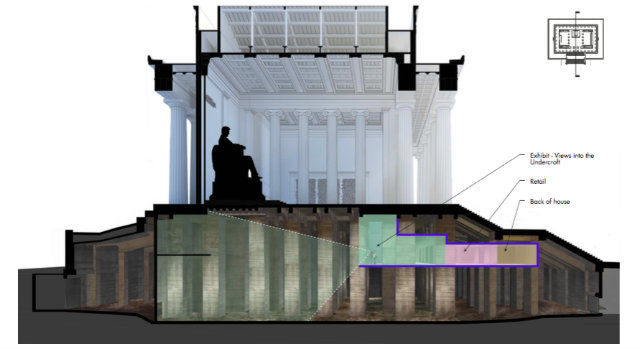 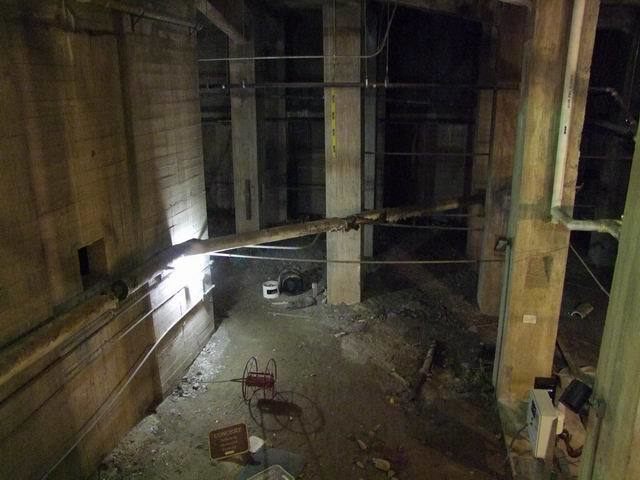 For 60 years, an entire subterranean complex beneath the Lincoln Memorial was completely forgotten despite its staggering 43,800-square-foot size. Considering all the steps you have to climb (145, to be exact) to get inside the memorial, it’s surprising that people wouldn’t realize there’s something beneath it. But the three-story basement, partially created to provide structural support for the heavy monument in the muddy Potomac Flats, was apparently considered unimportant from the time construction began in 1914 until it was found during renovations in 1975. By then, it had become its own ecosystem complete with stalactites and living residents like rats. Tours were offered for a brief period before asbestos was discovered and it was closed back down again. In June 2017, the National Park Service announced a plan to rehab it and open it up in time for the Lincoln Memorial’s centennial in 2022.

The Tower of the Bones, Madrid 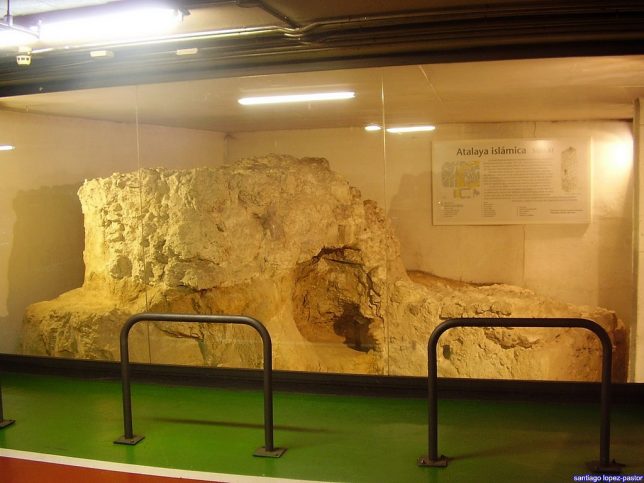 Sometimes, important archeological sites are discovered in the most ordinary and nondescript places, like within a subterranean parking garage under Madrid, Spain. The Tower of Bones, the remains of one of the city’s oldest towers, can be found in a glass case near the Royal Palace, among parked vehicles. It was built in the 11th century by Muslim residents of the area as an addition to the 9th-century walls of Mayrit, the borders of the medieval Muslim city that was in place before the modern-day Spanish Madrid came to be. Bits of it were discovered in 1996 while the parking garage was under construction.

The Mail Rail in London 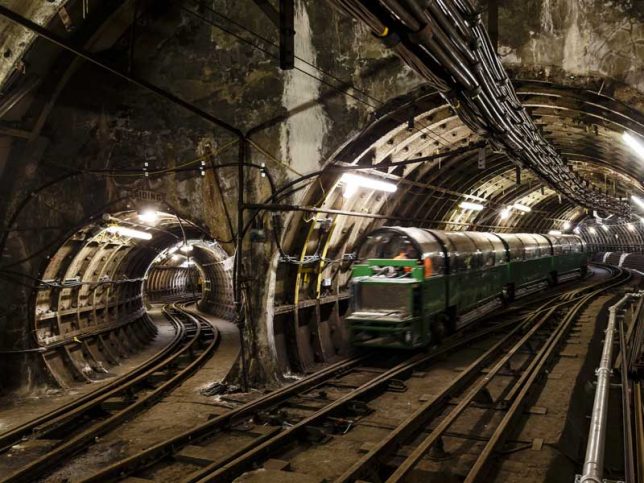 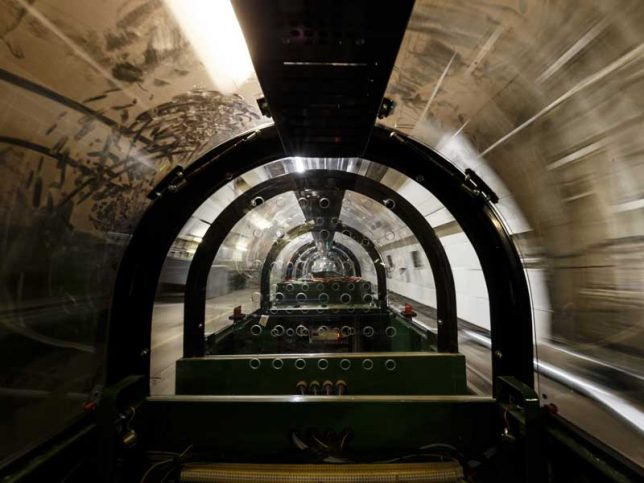 An automatic electric railway created to speed up the delivery of Royal Mail, London’s subterranean Post Office Railway – better known as ‘Mail Rail’ – ran between 1927 and 2003, avoiding the congestion on the streets above. At its pinnacle, the 6.5-mile underground system whizzed millions of pieces of mail along at 40 miles per hour, 70 feet below street level, with stations closer to the surface. As mail volume dwindled, the Mail Rail became less crucial to daily operation, hence its shuttering and abandonment. The tunnels were empty for a long time, with the exception of an occasional urban explorer, but in July 2017, the site was turned into the Postal Museum, and visitors can take 20-minute rides through the tunnels on miniature trains. So it may not be a secret anymore, but it’s an interesting example of how these forgotten spaces can be reintegrated into the fabric of the city.