A giant metallic head splits into segments and rotates in a ‘metamorphosis’ worthy of its subject, author Franz Kafka. All 42 of its layers spin independently, catching the sunlight on their reflective stainless steel edges, magnifying the strange transformation as the head briefly blurs into something more abstract and then comes together again. The 45-ton sculpture was installed in a Prague plaza in 2014, visualizing the inner workings of a psyche the sculptor may identify with, himself. It’s perhaps the tamest and least controversial piece Czech artist David Cerný has ever put out for public consumption. 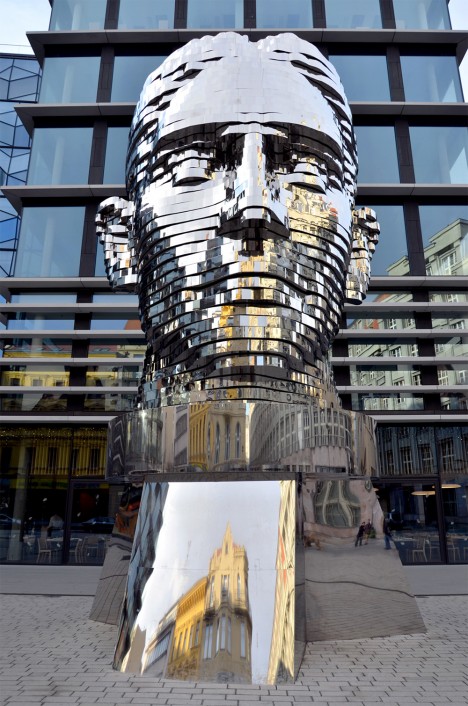 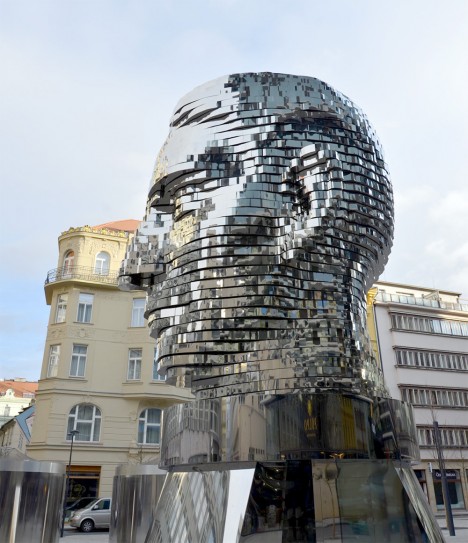 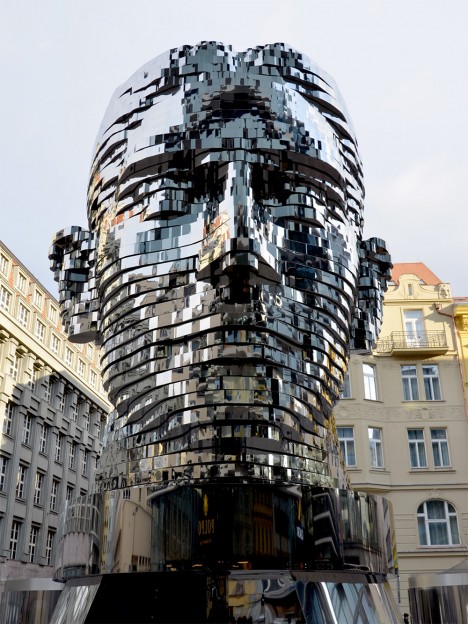 Entitled ‘K’, the sculpture has a nearly-identical twin called METALMORPHOSIS in Technology Plaza in Charlotte, North Carolina, which even had its own live webcam feed for a while so anyone in the world could watch passersby interact with it at any given moment. The Charlotte version is not based on Kafka, and sits in the center of a fountain, occasionally spitting water. Its mirrored exterior almost makes it seem like an optical illusion in certain lights, like some kind of apparition made of the sky itself. 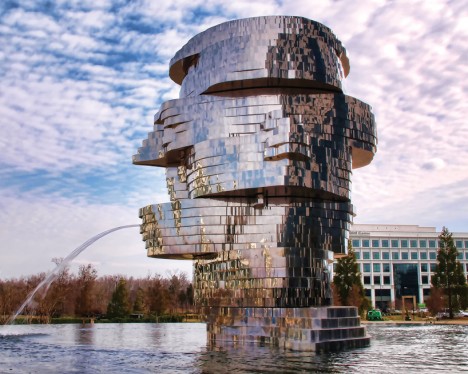 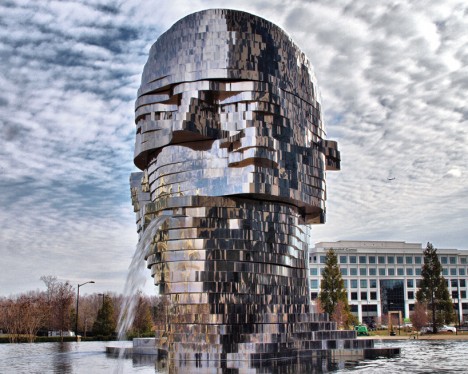 Born in Prague, David ?erný first gained notoriety in 1991 when he took it upon himself to paint a Soviet tank serving as a war memorial in his home city bright pink. A number of his statues feature grown men peeing, and the literally masturbatory ‘Nation for Itself Forever’ had to be perched on the roof of the National Theater to keep it from being defaced. 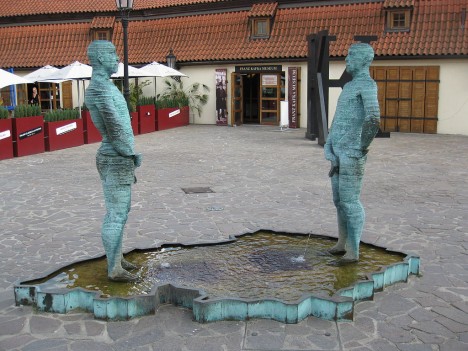 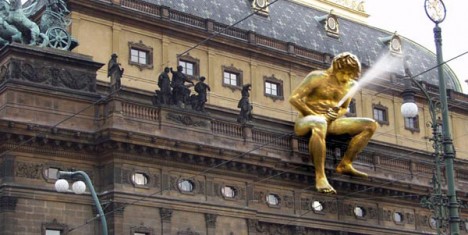 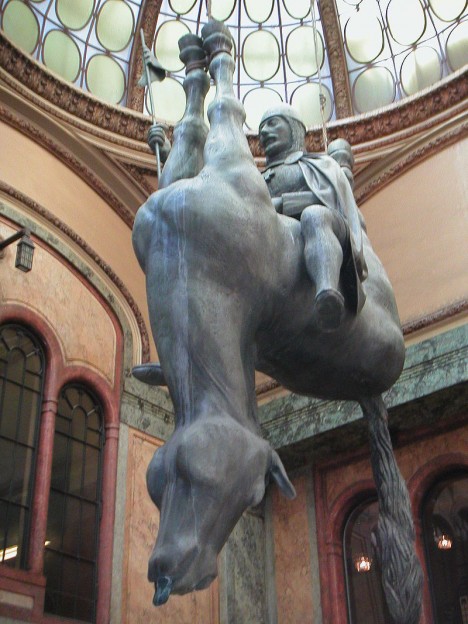 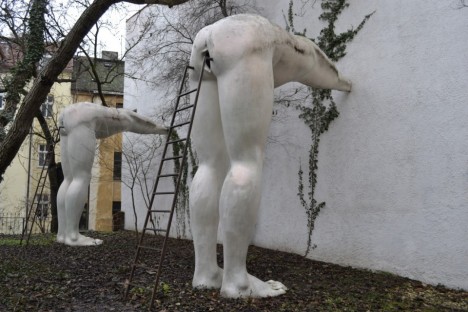 Crawling babies with bizarrely punched-in faces scale the Czech Republic’s highest tower and wander blindly around parks, while the nation’s most revered saint, St. Wenceslas, is depicted riding a dead horse. A permanent exhibition at FUTURA gallery Prague features ladders leading up to two white posteriors; climb up and stick your head inside to view a video of two Czech politicians spoon-feeding each other to ‘We Are the Champions.” Czech out a tour of the irreverent sculptor’s works in Prague if you’re ever in the city to see them all.