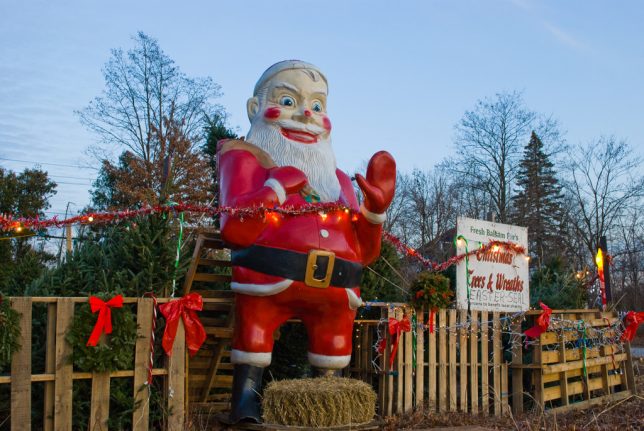 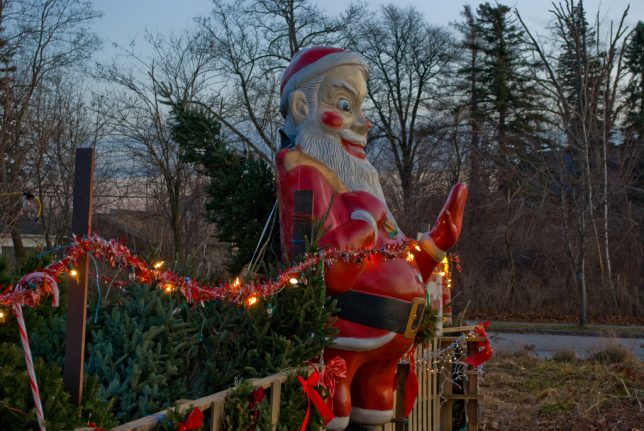 With this Satanic Santa on guard, the Christmas trees and wreaths at a Manchester, NH tree depot are safe from theft, maybe even safe from sales. What’s with that Santa, though… last time we saw cheeks that red was while watching one of the Saw movies. Then there’s his nose. Wasn’t Rudolph the red-nosed one? Spill it, evil Santa, what have you done with Rudolph?? 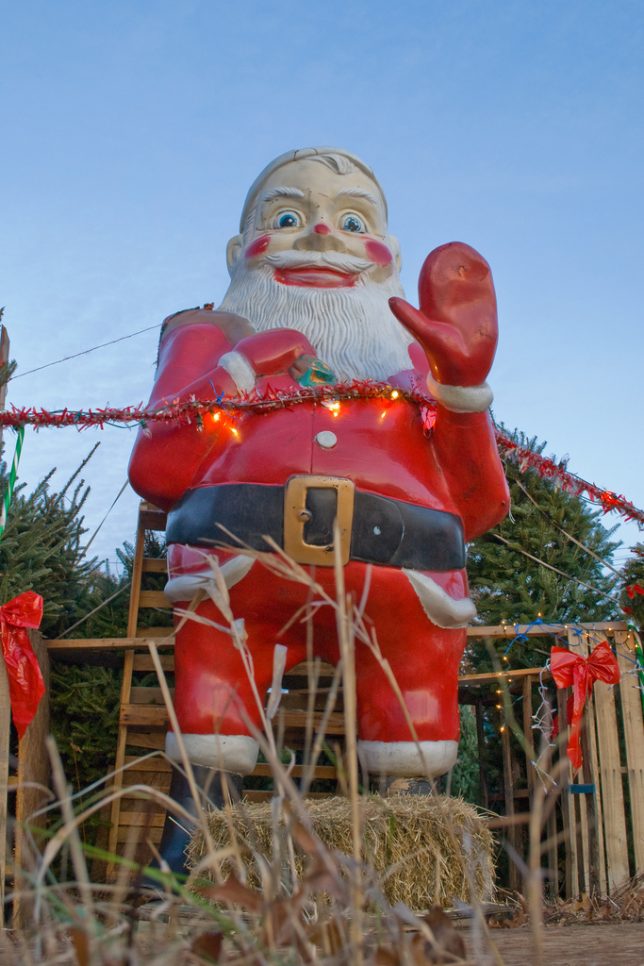 Flickr member DjD-567 visited the Manchester tree farm in December of 2011 and managed to snap several photos of the so-called “Santa from Hell” before running for their lives. Looking at the statue’s bulging eyes, slicked-back hair and raised left hand, it’s likely he’s related, so to speak, to the creepy Santa statue at the aforementioned Magic Forest park in New York. Mother of God, they’ve begun to breed! 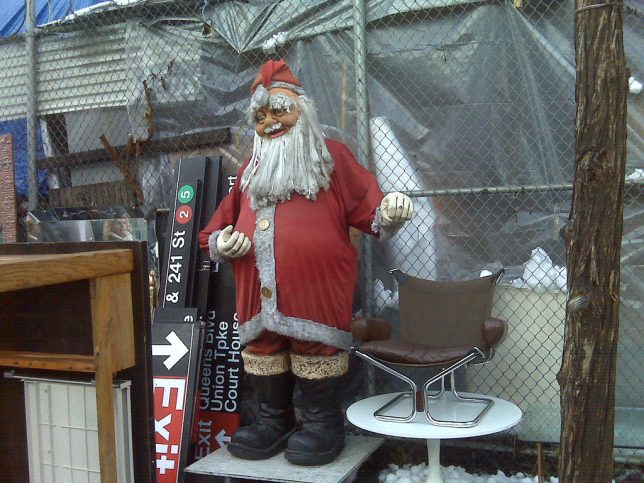 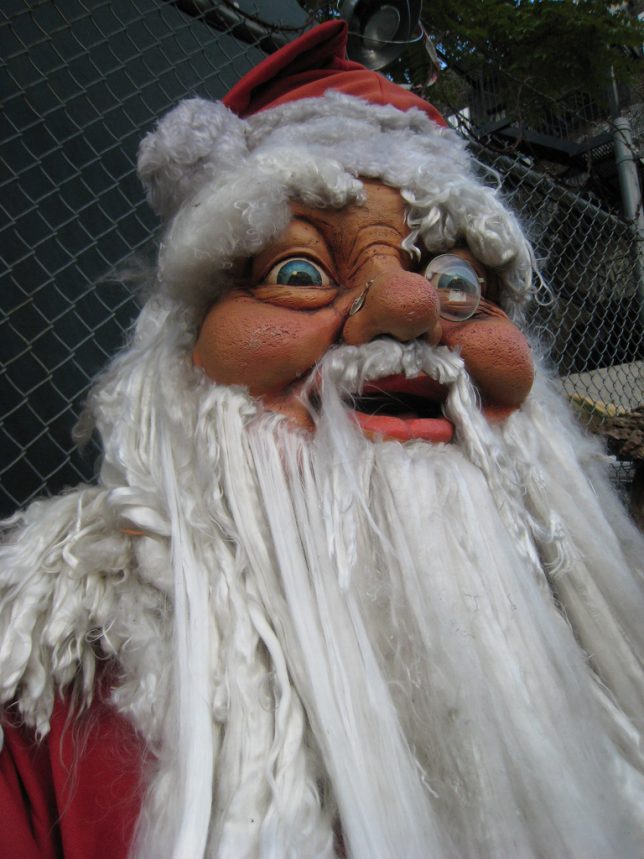 Geez Santa, Christmas is coming and you look like something the abominable snow monster dragged in. Partying with Yukon Cornelius again, huh? Just thank your stars you can only see this broke-ass Santa… and not smell him. And what’s with the monocle? Flickr members Josie B. and discokev captured the true spirits, er, spirit of the season at the corner of Houston St. and Elizabeth in gritty New York City. 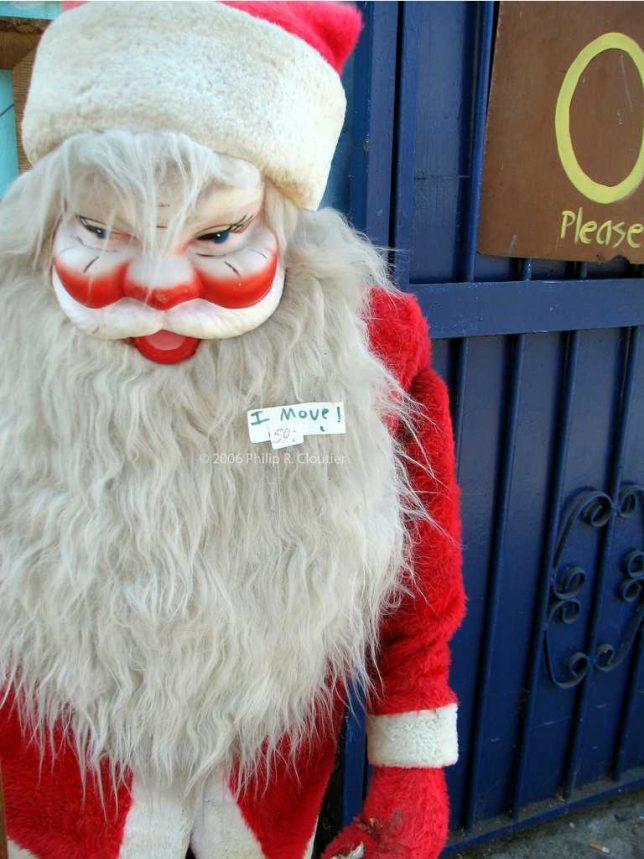 The creepiest thing about the above scary Santa snapped by Flickr member nailmaker has to be the hand-written tag stuck to his beard stating… “I move!”. Yeah, like that’s supposed to attract buyers. If this creeptastic fifty-buck Santa so much as flinches an eyelash, we’ll be the ones moving… like, at the speed of light in the opposite direction. Santa’s slay: from reindeer-powered airborne conveyance to murder in the first degree below zero.