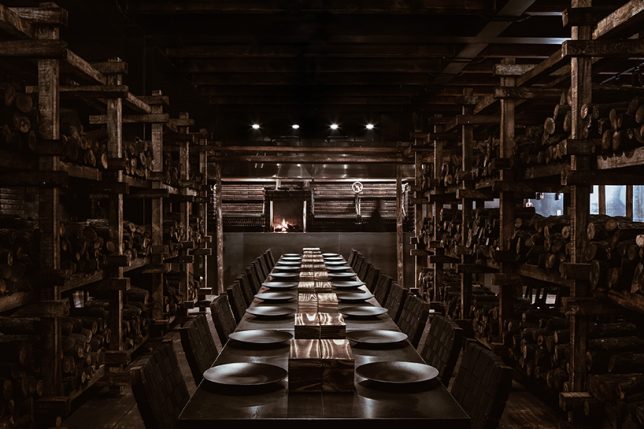 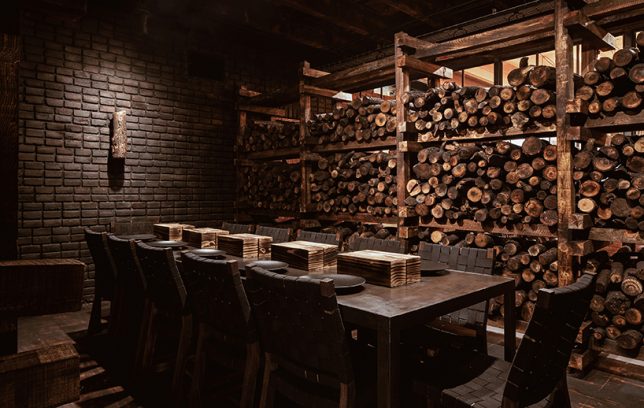 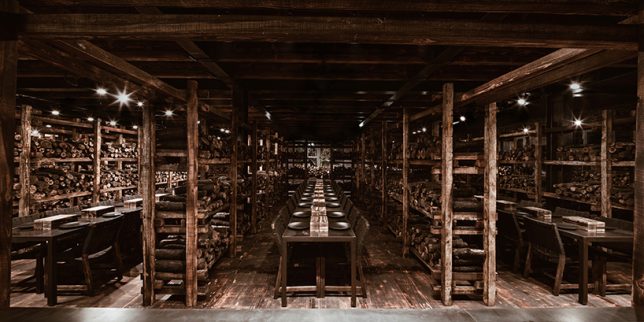 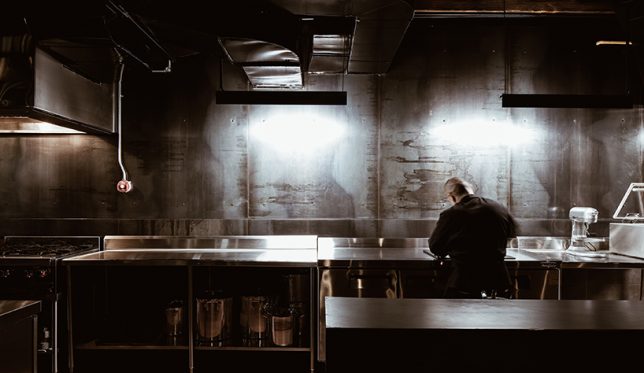 6,300 logs are stacked around the interior of CarbonCabron, a grill house designed by Cadena+Asociados, evoking the nature of the place in raw materiality. Though dark and monochromatic, the space manages to maintain a feeling of warmth with the help of all that wood. 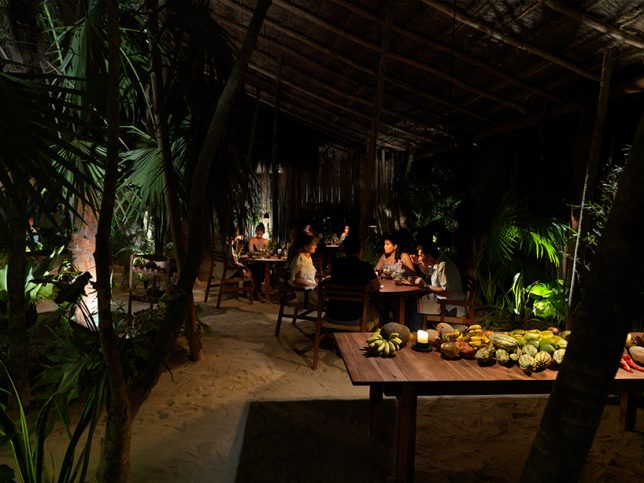 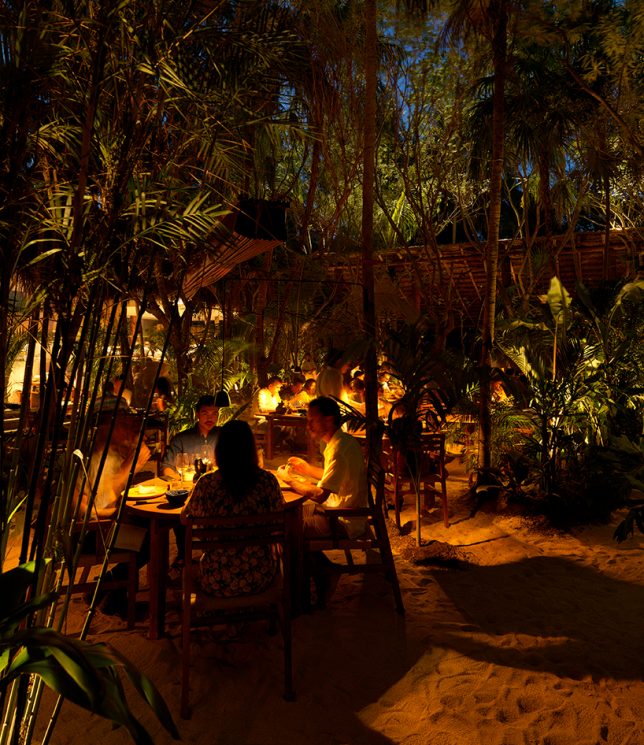 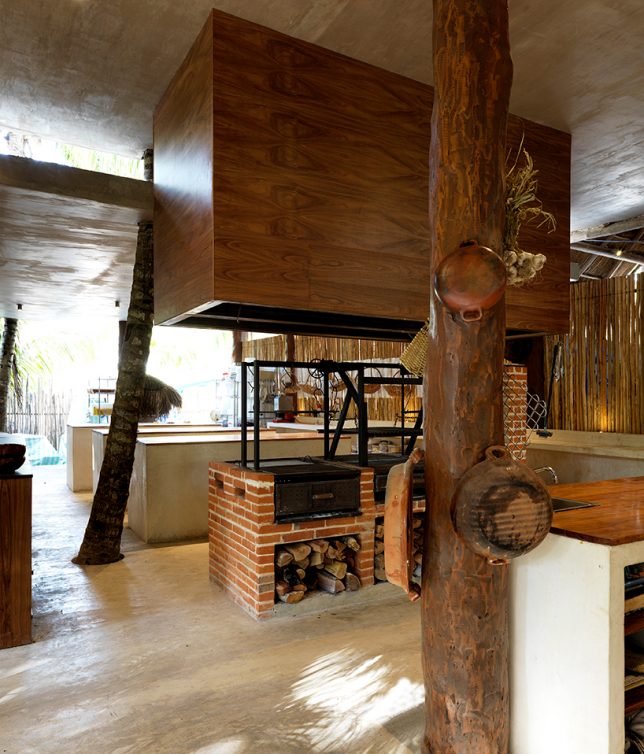 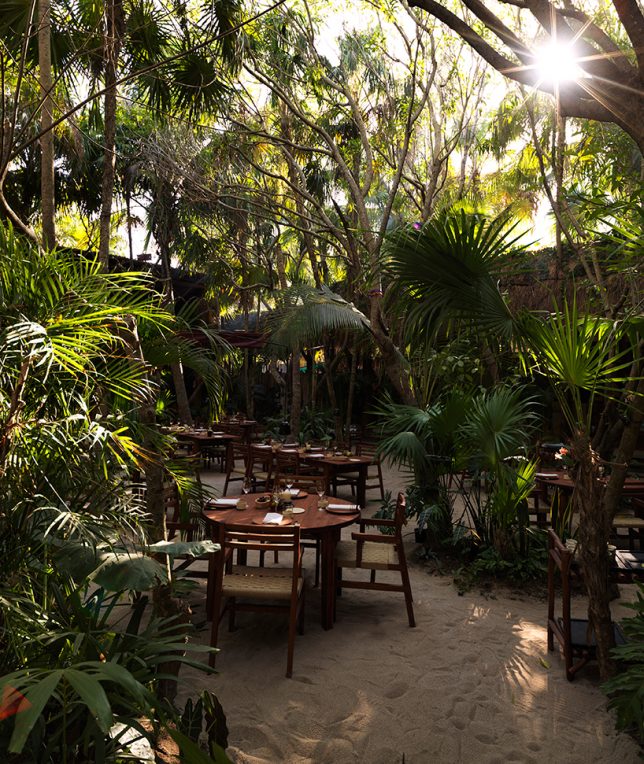 The lush, sandy jungle of Tulum, Mexico provides practically all of the ambiance needed for NOMA’s new pop-up restaurant. All Mexican design firm La Metropolitana had to do was augment it with complementary colors and materials from the Yucatan peninsula like chukum, tzalam wood, gravel and local textiles. “Life in the great cities has made us less capable of connecting with the wilderness,” they say. “In a world where everything seems to be so structured, we find it fundamental to recover our adaptive nature in order to feel the soil with our own feet again and in doing so we can realize that change relies on uncertainty.” 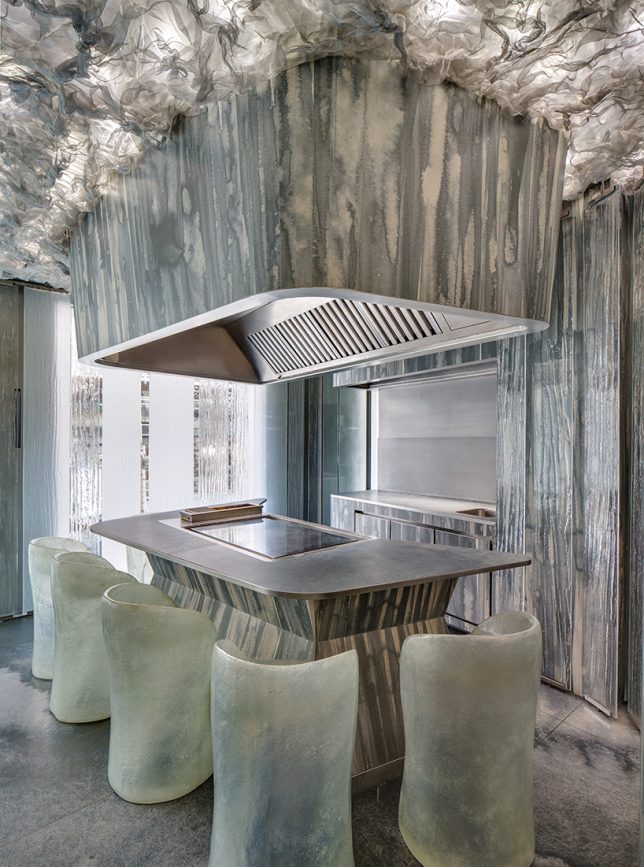 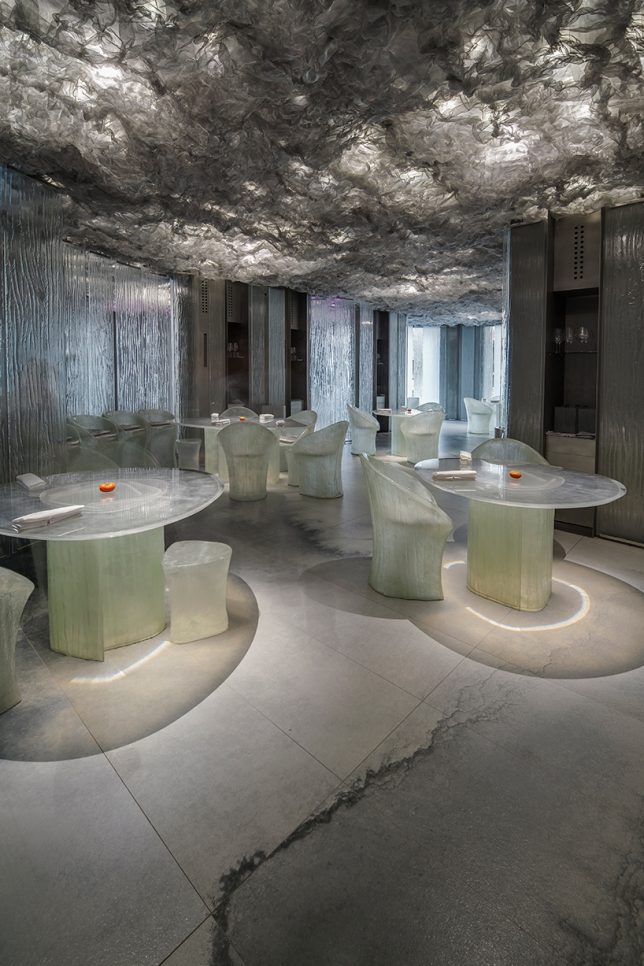 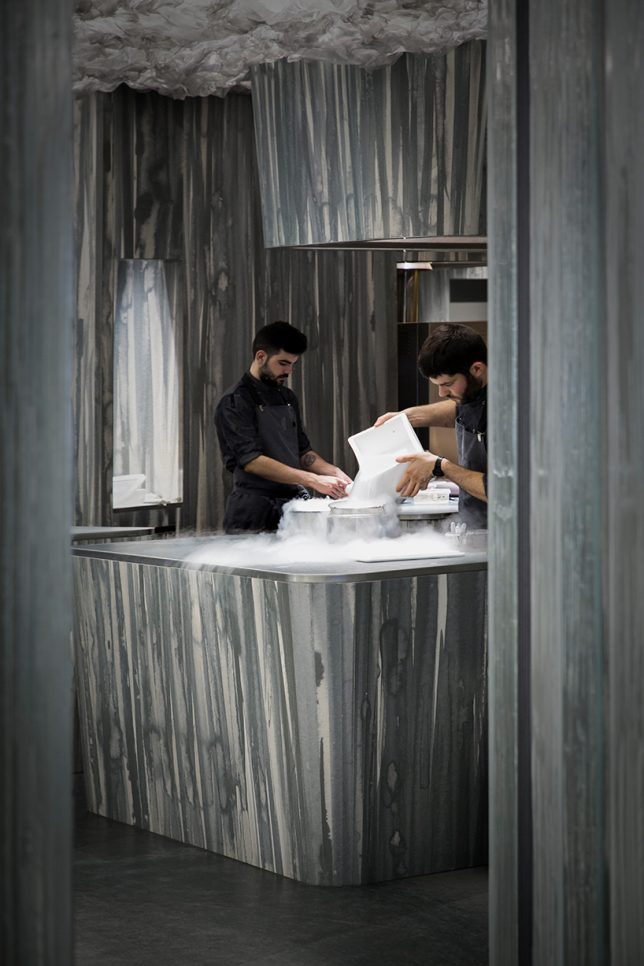 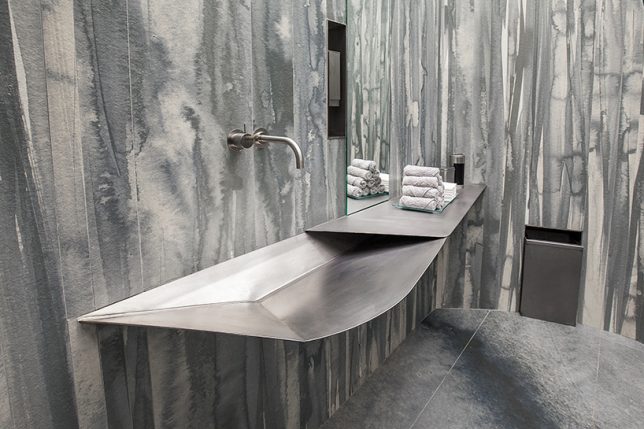 The fittingly named ‘Enigma’ restaurant in Barcelona is a collaboration between RCR Arquitectes and renowned Catalan chef Albert Adriá, who’s celebrated for his experimental cuisine. The immersive experience places the diner in a space that seems to be melting and shifting, with a design based on a watercolor drawing by Adriá. The qualities of watercolor are mimicked on unexpected materials like glass and stone. 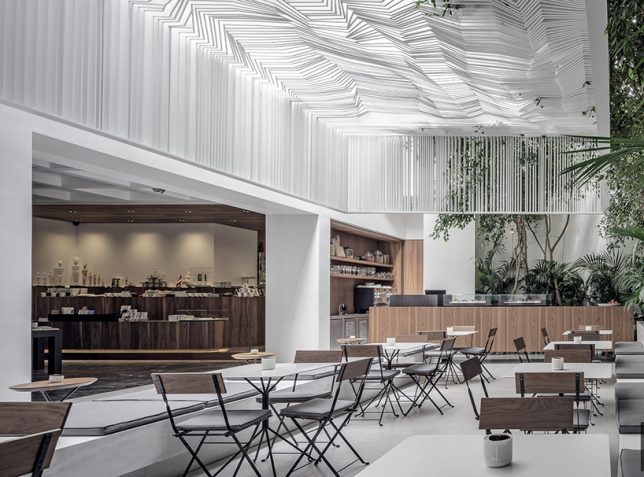 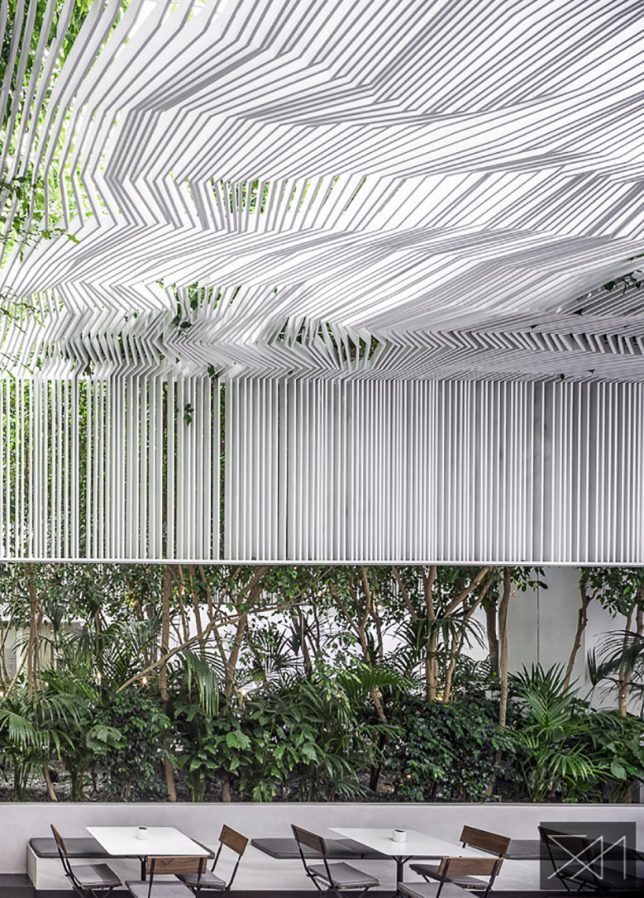 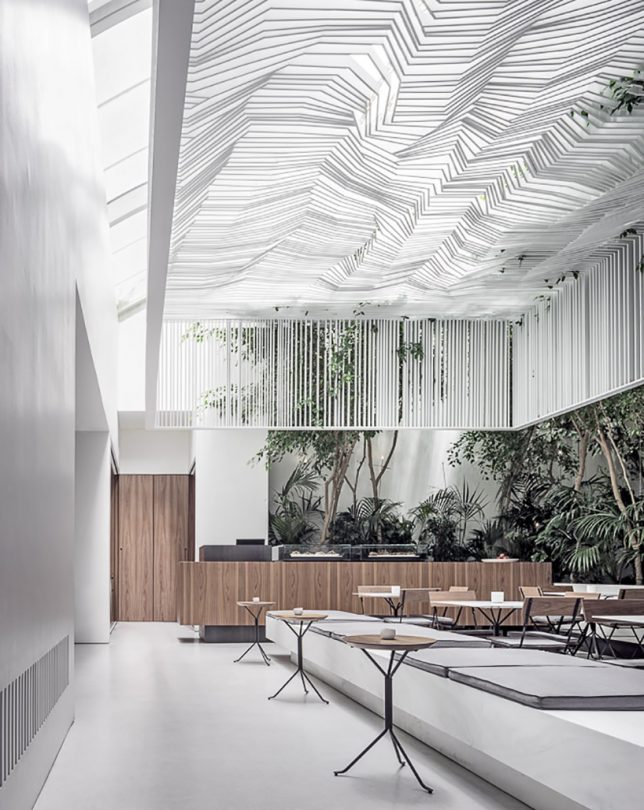 Kois Associated Architects take the crisp white signature look of Grecian design and modernize it with a stunning ceiling canopy inspired by the contours of the earth. For Athens’ Cycladic Cafe, the designers worked with landscape architects Doxiadis + -, contrasting the assertive lines of the architecture with the lushness of the surrounding jungle-like vegetation. 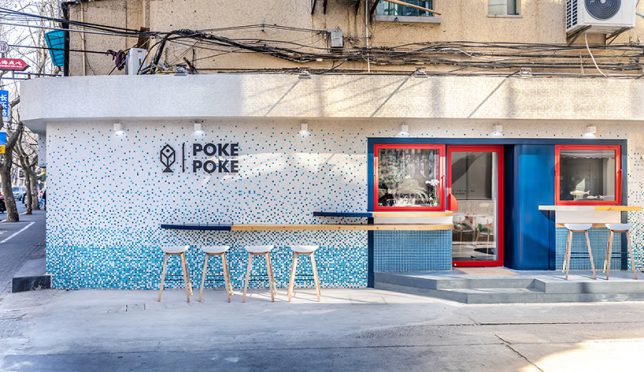 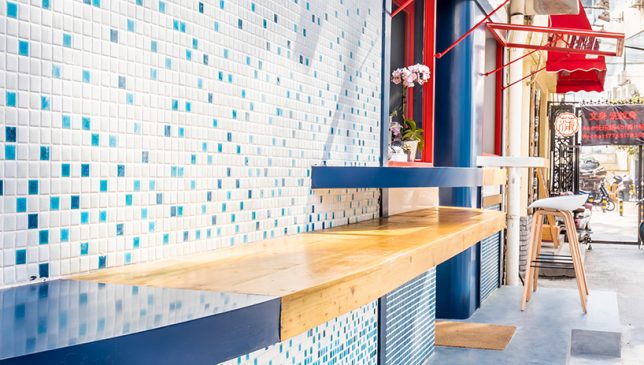 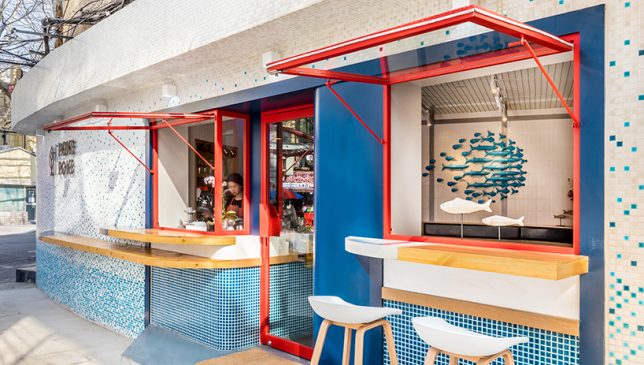 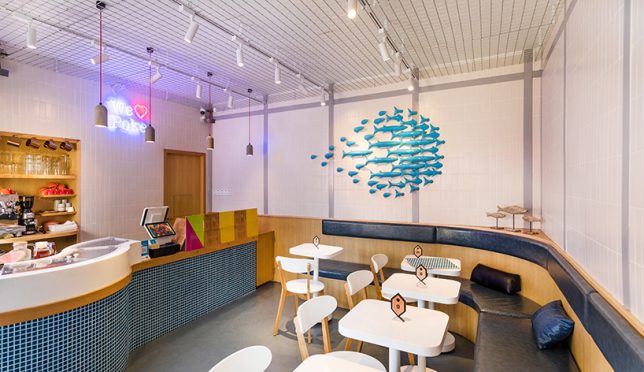 Studio Doho brought a little piece of Hawaii to Shanghai with ‘Poke Poke,’ an ‘urban surf’ restaurant with a charming aquatic tile facade that significantly improves a little street corner in a busy area of the city. Without resorting to any stereotypes or overt symbolism, the firm manages to capture a little bit of the Hawaiian spirit, its long wooden outdoor counters resembling surfboards hovering over the waves. It might not be high-end, but it’s a great example of minimalist modern design that’s extraordinarily evocative.