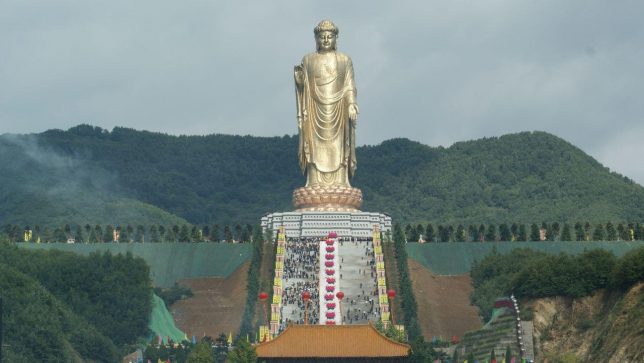 The Spring Temple Buddha is officially the world’s largest statue, yet most Westerners don’t know it exists. Standing at 420 feet high in Zhaocun in the Henan province of China, this golden Buddha was built between 1997 and 2008 atop an 82-foot-tall lotus throne. In October 2008, the hillside it stands on within the Fodushan Scenic Area was rebuilt to form an additional pair of pedestals, raising its total height to 682 feet. It’s made of 1,100 pieces of copper, weighs 1,000 tons and stands atop a monastery. 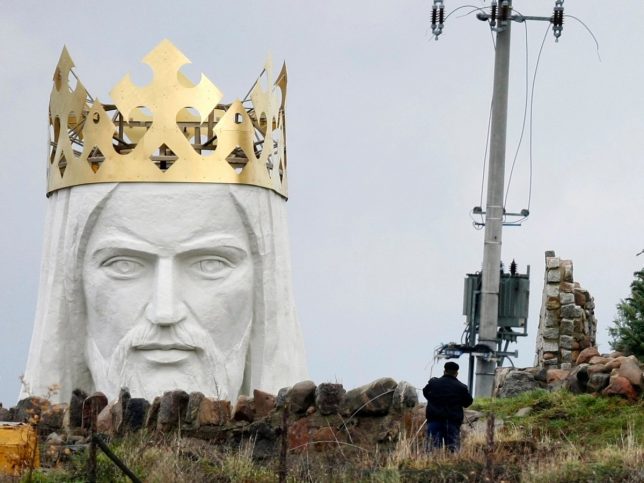 Photographs don’t really give you a proper sense of just how large this Jesus statue is until you see the head standing alone beside construction equipment before it was installed. It’s not nearly as well known as Brazil’s Christ the Redeemer statue, which benefits from its unique location atop the Cocovado mountain overlooking Rio, and unlike many other colossal depictions of Jesus around the world, it’s not positioned atop a towering plinth. But at 108 feet tall, ‘Pomnik Chrystusa Król’ (Christ the King) in Swiebodzin, Poland is still officially the world’s tallest Jesus statue – if you count his golden crown. 21,000 residents in the town came together to fund the statue, which was completed in November 2010. Its height – 33 meters – corresponds to the age Jesus is believed to have died.

The Merlion of Sentosa, Singapore 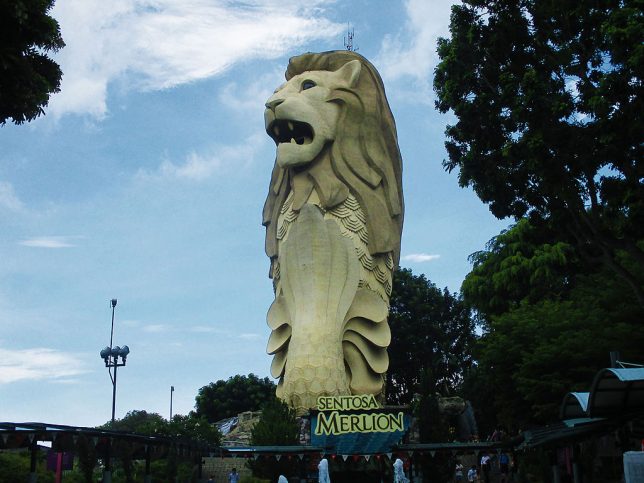 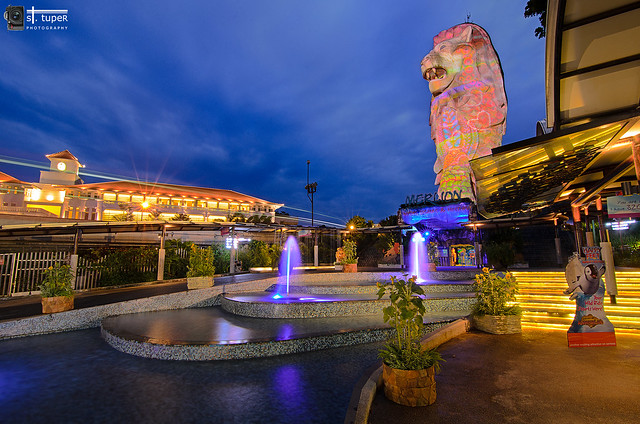 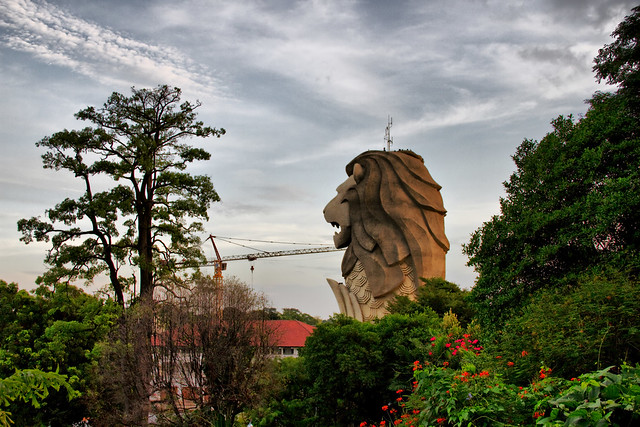 I was so thirsty that I had to drink water from the Merlion?? #singapore #travel #tourism #merlion #funday

Did you know that the Merlion is the mascot of Singapore? That’s right – a creature with the head of a lion and the body of a fish, which somehow seems fitting for the island nation in Southeast Asia. The name ‘Singapore’ means “lion city,” and the island originated as a fishing village. Traveling around the island, you’ll actually find many versions of the Merlion statue, but two stand out in particular: the original 28-foot-tall Merlion built in 1972 by sculptor Lim Lang Xin, which was moved from its first location at the mouth of the Singapore River to nearby ‘Merlion Park’ on a barge, and the 121-foot-tall Merlion on Sentosa Island. While the former is an irresistible selfie magnet with its water-spouting mouth, the latter (sculpted by Australian artist James Martin) watches over Singapore protectively and contains a small visitor center full of information on the statue.