Brutalist buildings are known for their heft, often described as ‘monstrosities,’ demonized for their apparently intrinsic inability to relate to us on a human scale. They’re blocky and oversized, nearly always made of concrete, and almost mythical in their iconic simplicity whether you love them or hate them. The Oriel Window House in Yokohama, Japan might be described in those terms if not for a simple deviation from the norm: layers of glass that look lighter than air interspersed between the heavy concrete floors. 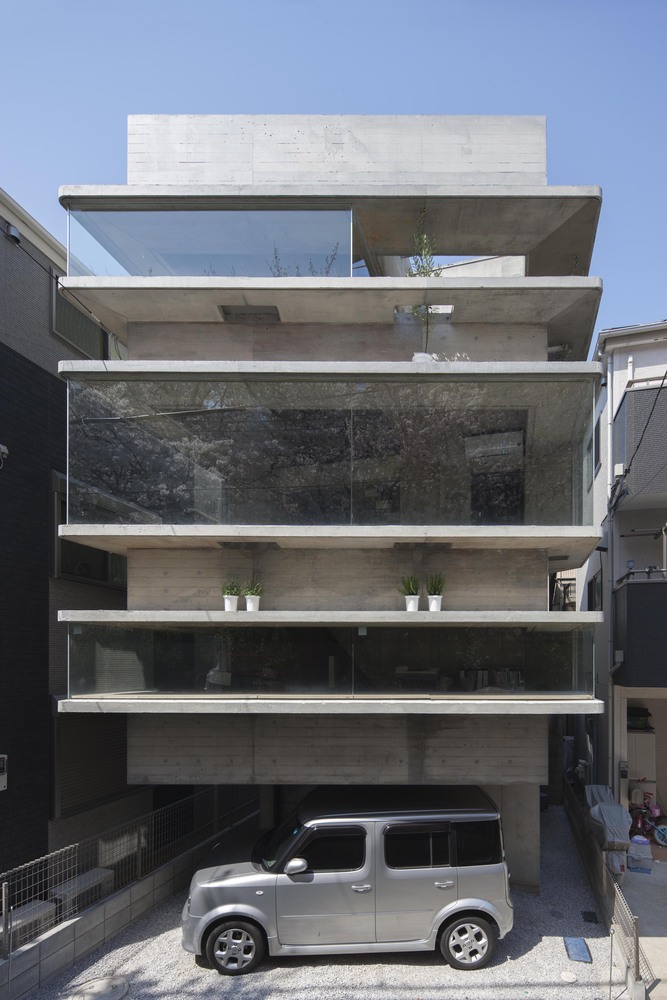 From outside, what you see is what appears to be a solid concrete core punctuated by three belts of glass: a narrow one on top, a wider one in the middle, and another narrow one at the bottom. This glass wraps around the sides of the building, creating transparent enclosed verandas that completely change the character of the building, inside and out. 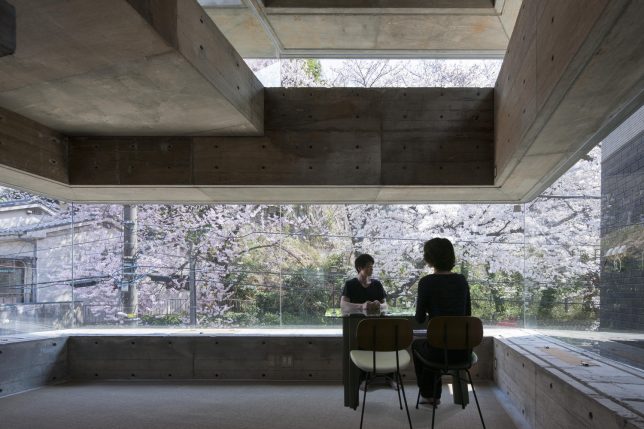 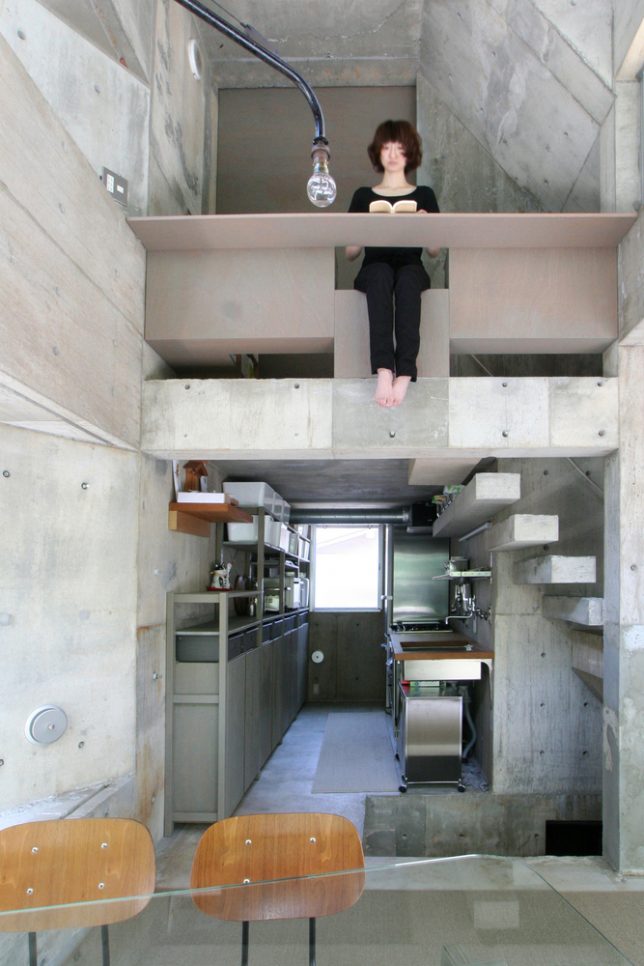 Step inside and you’ll find that the building isn’t nearly as solid as it looks. A cutout stretching from the first floor to the third creates a sort of atrium around which the various levels are organized, so inhabitants can benefit from all three glassy light wells no matter where they are in the house. The daylight penetrates the blocky structure, giving it a surprisingly bright and airy feel. 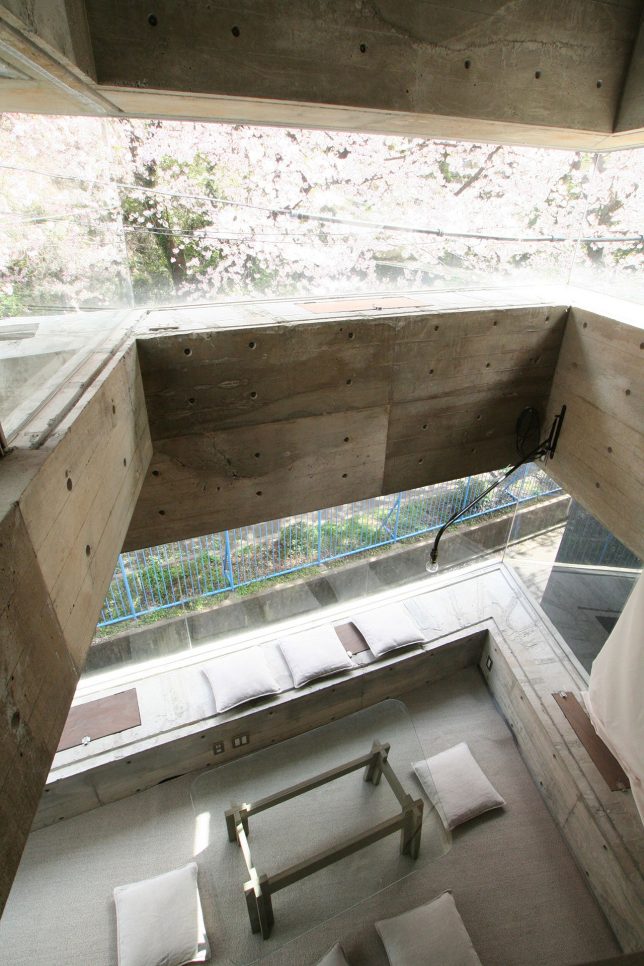 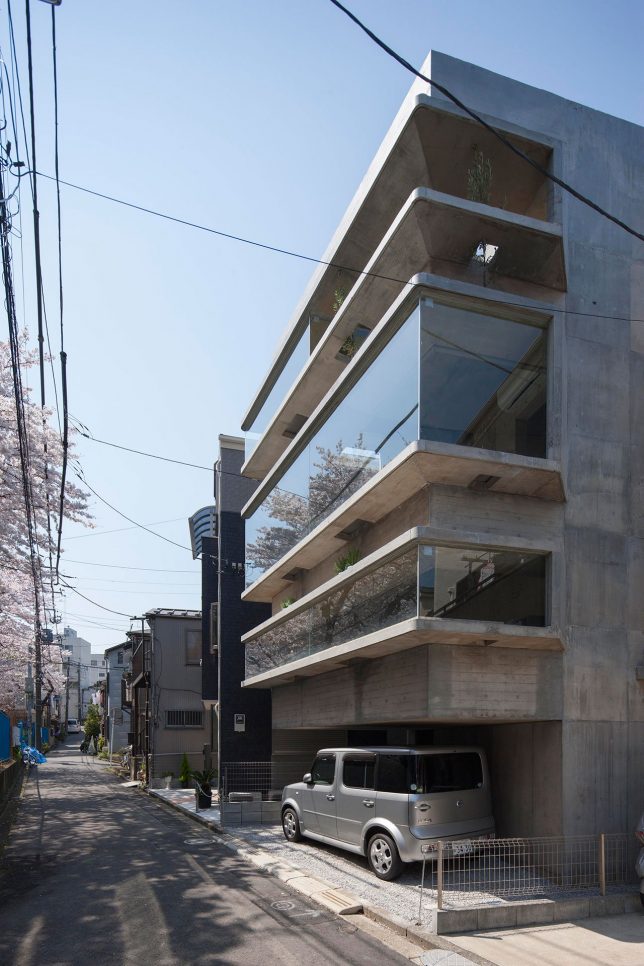 “Besides being able to effectively utilize the space by using the bay windows as a work desk and dining bench, it also functions as an eaves, making shadows in summer and delivering sunlight to the back in winter and warming the concrete floor,” say Shinsuke Fujii Architects. “At the lower part of the bay window, small windows can be provided to obtain constant ventilation even on a rainy day. It is also used to water the flowers between bay windows.” 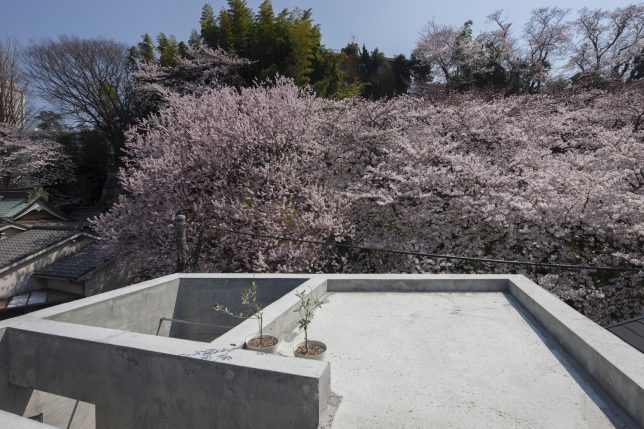 “In addition, the hanging walls and waist walls at the upper and lower sides of the bay window function structurally as cantilevered beams, ensuring a frameless opening for capturing outdoor environments such as cherry blossoms and autumn leaves on all floors.”