A lone Ukrainian park bench has become the unlikely star of a decade-long drama, much more by chance than by design, thanks to a photographer’s unplanned project to document the lives of those who use it. 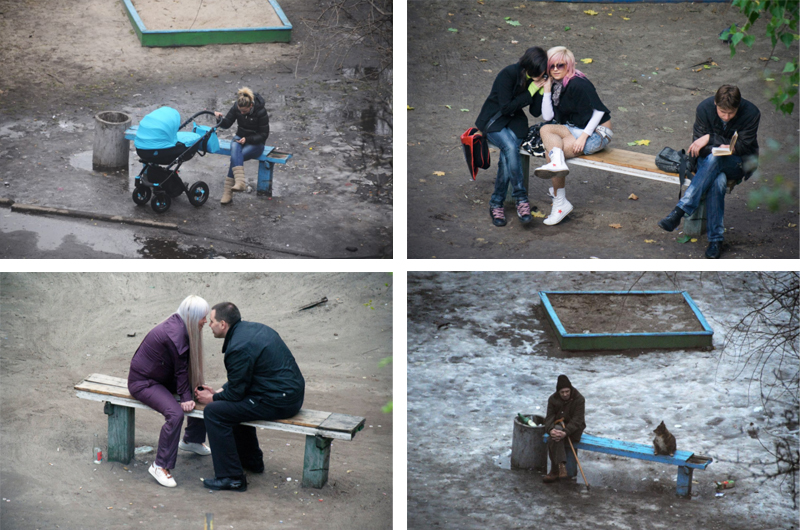 Yevgeniy Kotenko never meant On the Bench to be a series or body of work. He simply began to take pictures of people on and around a bench outside his parents’ window, capturing everyday scenes — people picnicking, children playing and old men sitting. He also photographed more fraught encounters —  lovers quarreling, drunks passing out and emergency service workers tending to an injured man. 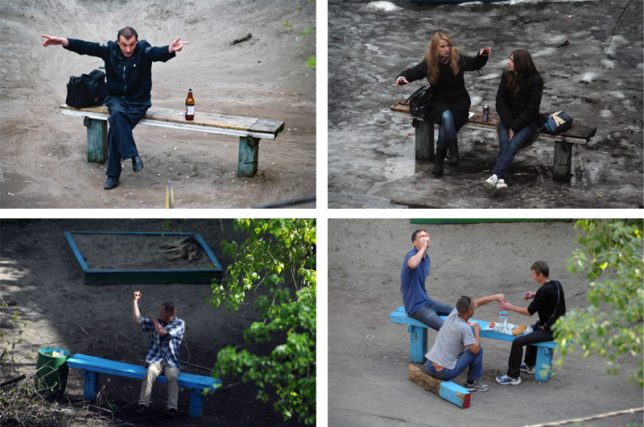 “I wasn’t thinking of making a series or a project,” Kotenko told Colossal. “I didn’t select any particular time frame or set of situations to capture. Not until 2012 did my friends tell me that I should put together an exhibition of these photos. 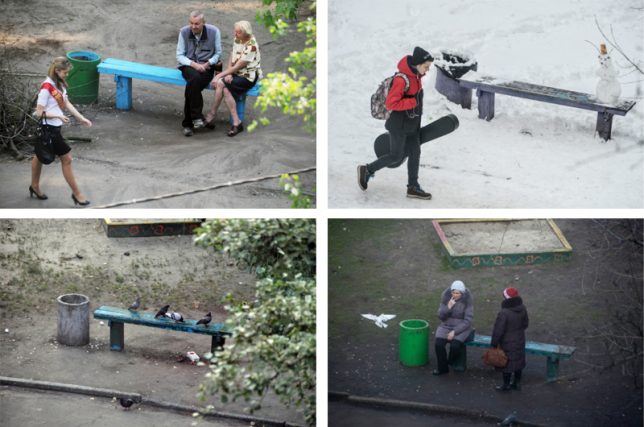 “I never invested the photos with any particular intention or idea of what I wanted my audience to see,” Kotenko says. “They will see what they want to see. These photographs are more like a documentary.” And they document everything under the sun (and moon), showing what Kiev life is like from day to day and season to season. 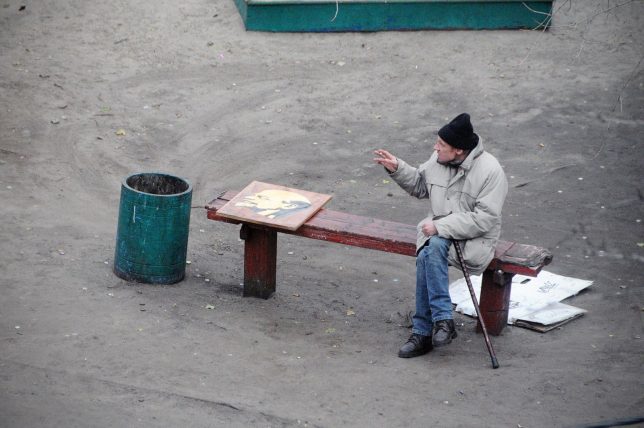 In a way, the project recounts works of found or everyday-object art, or series like People of New York, where normal passersby become parts of a grander narrative about city life. Kotenko has since moved out of the neighborhood, but says that his experiences looking at the window and documenting life shaped his perspective growing up, showing him examples of who he might want to become, or not become.