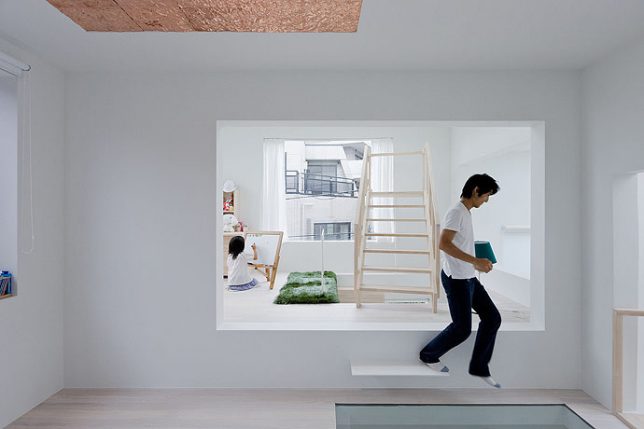 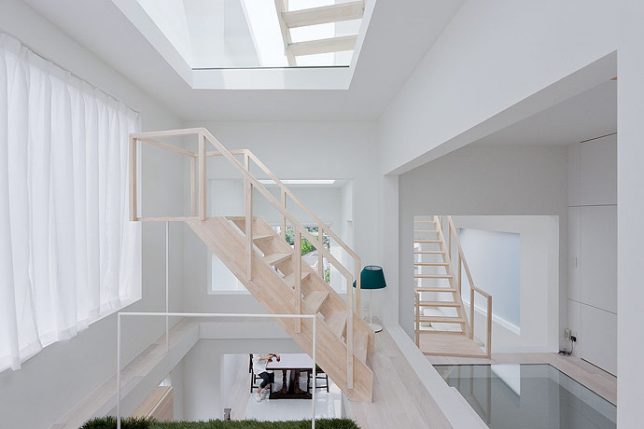 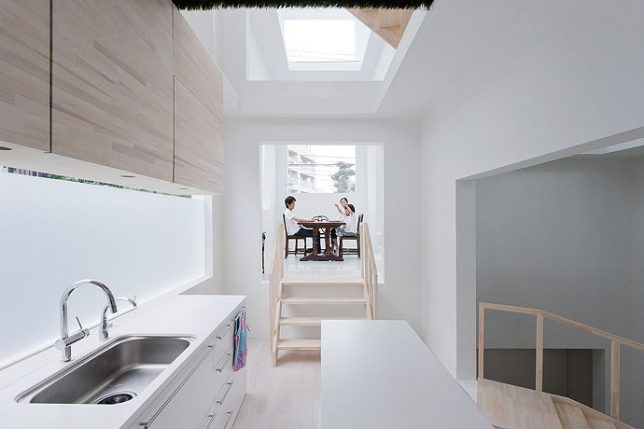 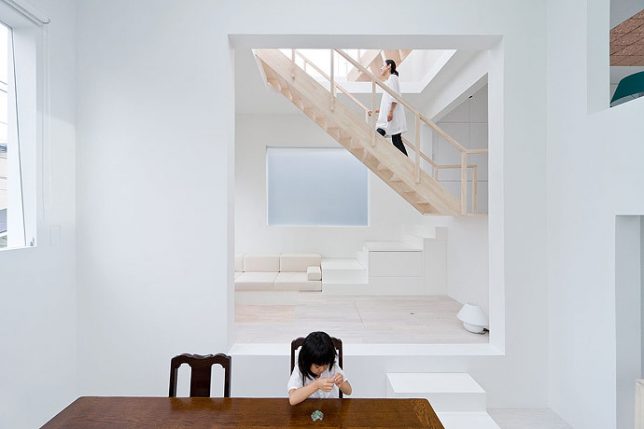 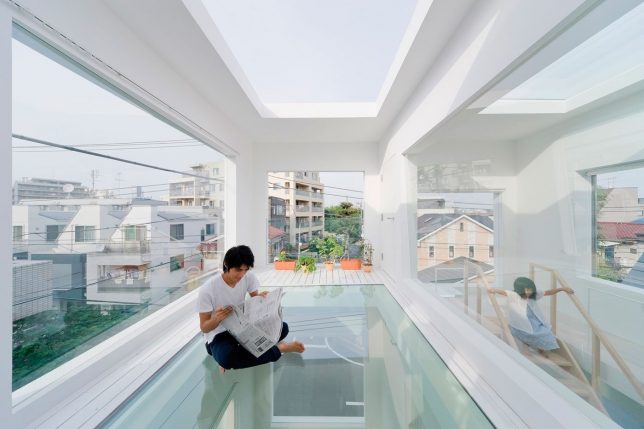 “To live in a multi-story dwelling in a dense metropolis like Tokyo is somehow similar to living in a large tree,” says architect Sou Fujimoto. “Within a large tree, there exists few large branches, of which endows numerous qualities; -pleasant places to sit, sleep, and present places for discourse. While these branches are individual places under protection, they are simultaneously equipped with mutual relationships that allow one to sense the presence of one another across each branch. A network of relationships interwoven across many places throughout the branches. A proposal for a landscape where the duality of opposites; individuality and holistic co-exist through relationship.”

Fujimoto envisions this home as having “the imaginative three-dimensionality of an Escher image” within a geometric order, with a succession of voids creating relationships between each of the spaces. 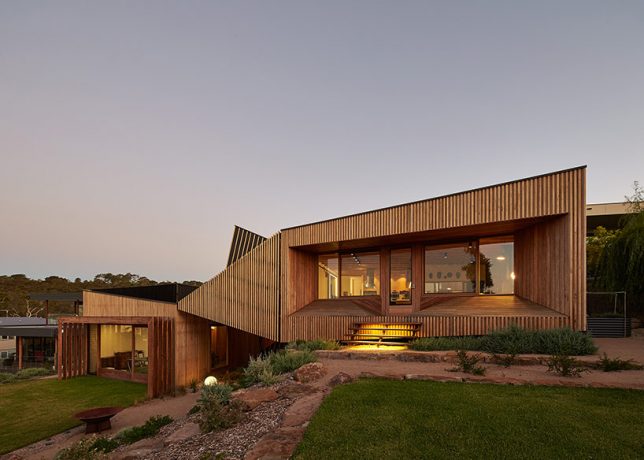 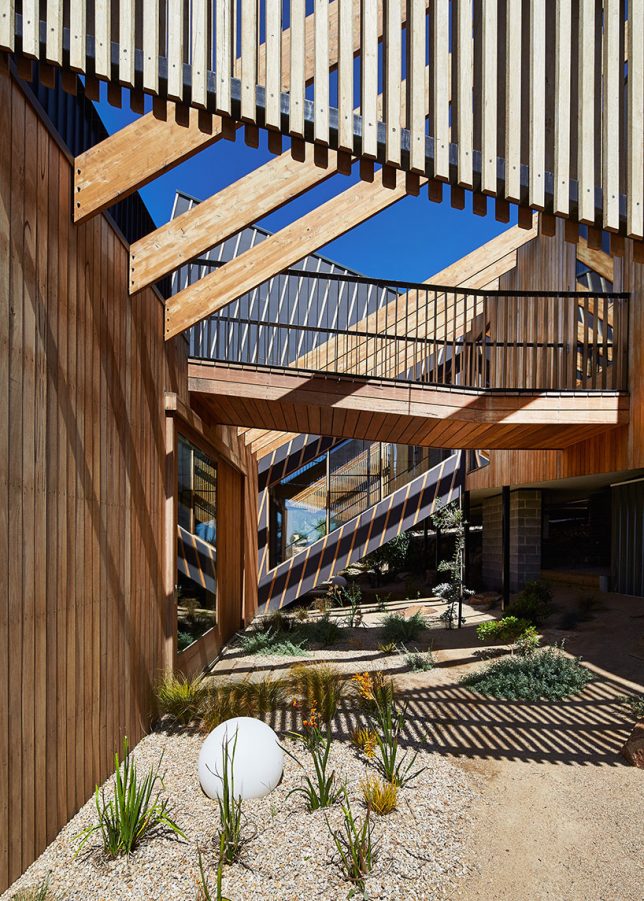 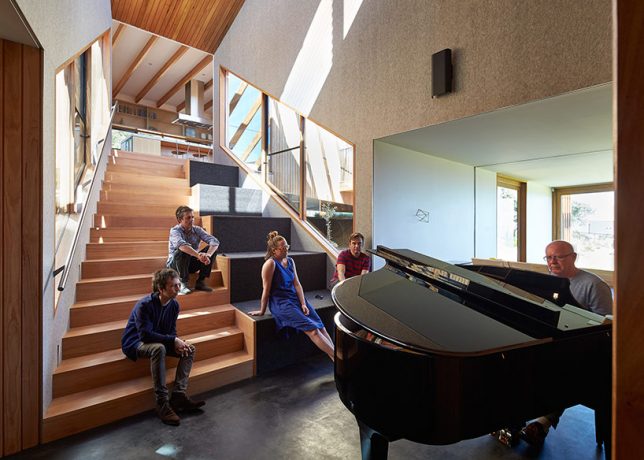 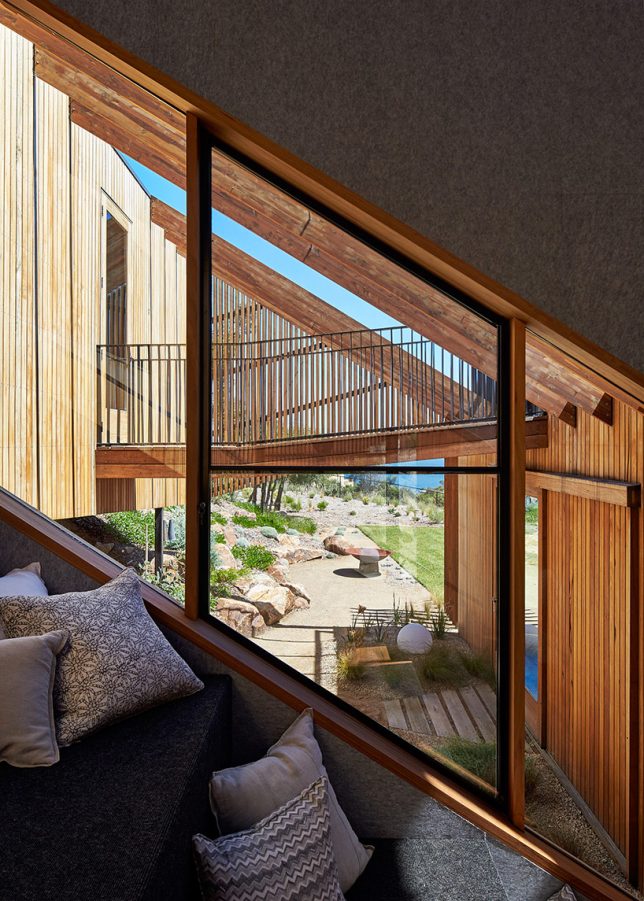 The sloping site for this home overlooking Port Philip Bay in Australia gave BKK Architects an idea: designing a series of volumes that tumble down the hillside, leaning on one another like boulders. Not only did this produce interstitial outdoor spaces connecting one volume to the next, but also inspiration to turn stairways and in-between levels into multifunctional spaces. 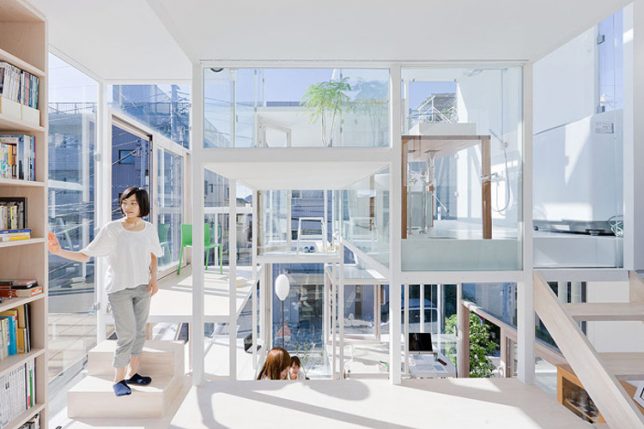 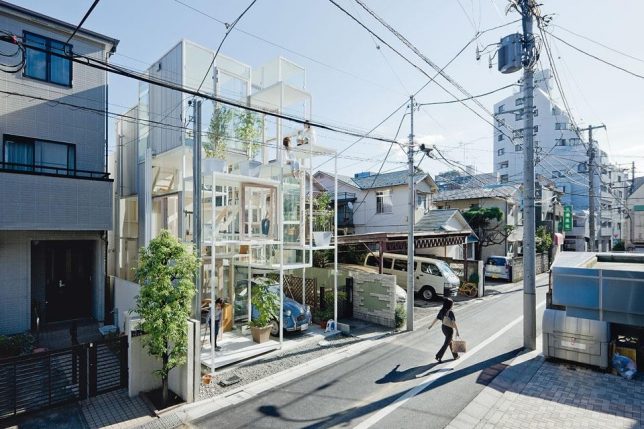 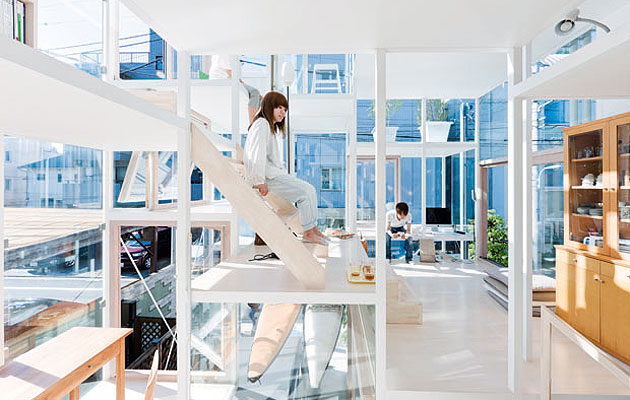 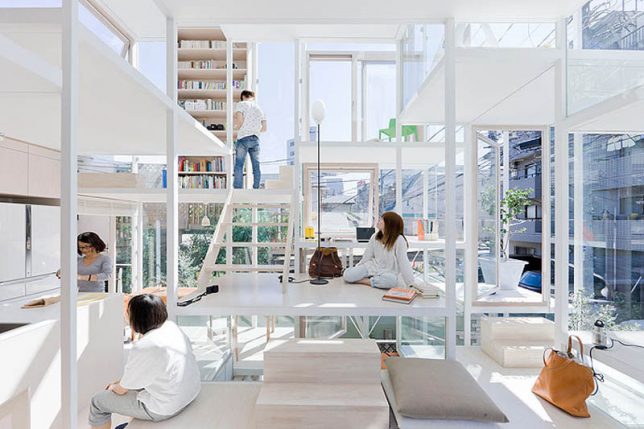 “Radically transparent’ is one way to describe Sou Fujimoto’s House NA, an experimental space designed for a young couple in Tokyo. Measuring 914 square feet, the almost entirely glass house takes the same ‘tree’ approach as Fujimoto’s House H to create 21 individual floor plates situated at different heights so the clients can “live like nomads in their own home.”