What started as a project to create a few letters for an album cover morphed into an entire alphabet derived from the collective contributions of this Swedish punk band. 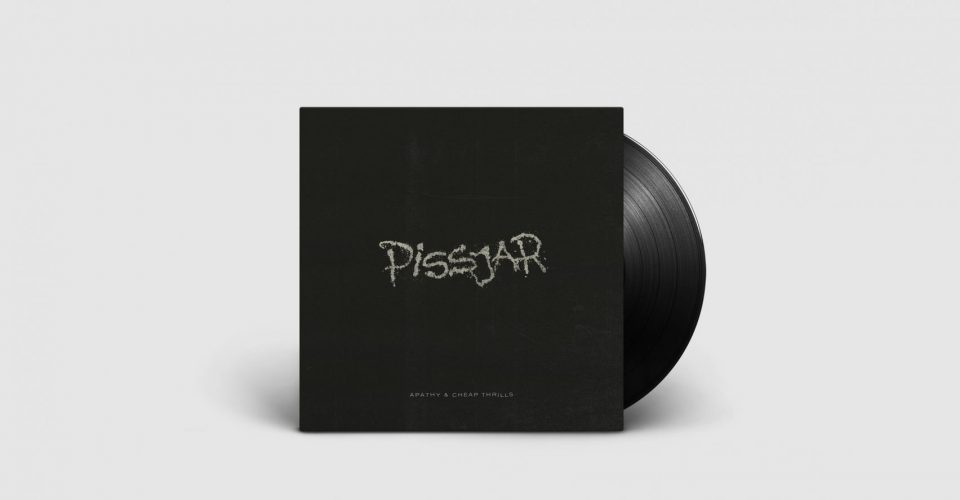 Bassist Anton Bolin was working on the new record’s graphic design and “wanted to do something that suits the dirty hardcore punk we play. So I started to pee a logo and when it was done, I realized that it would be a refreshing typeface for the world to see.” 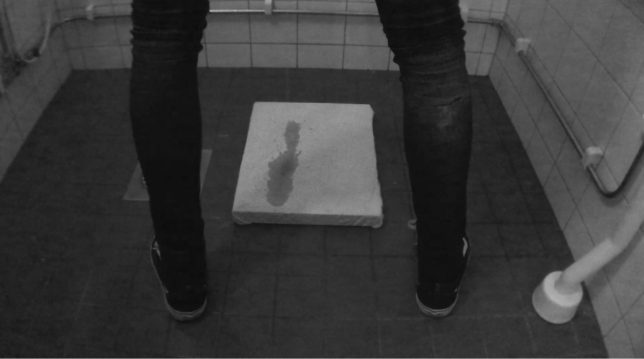 The half-year process involved urinating on bed sheets, photographing them and then turning them into vector formats using digital software. Rapid dehydration was a challenge — in each attempt, a letter had to be made in a matter of seconds if at all. 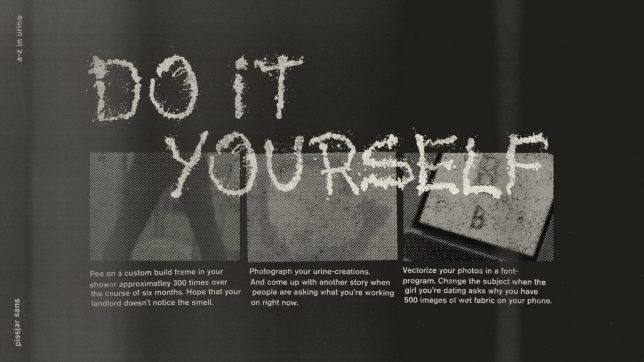 A lot of testing was involved in the selection and stretching of sheet material as well to achieve the desired effect. To save anyone interested in replicating the process some time and trouble, the band’s album also includes a quick-and-dirty DIY tutorial on making urine-based type. 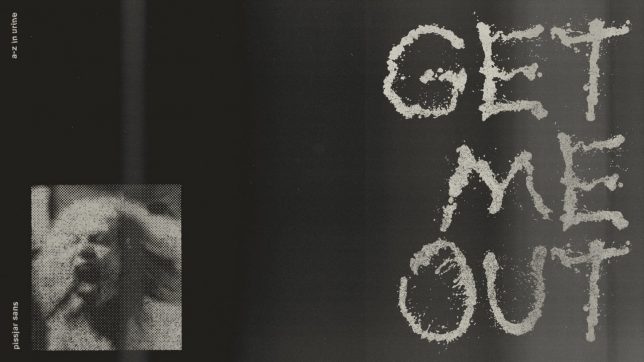 “It was so limiting to have to adapt to your bladder,” said Bolin. “On a good day you had three maybe four attempts to create a letter.” The results, though, were worth the wait. The resulting typeface looks dynamic and organic, much like the streams of urine that went into its creation. Pissjar Sans (“a typeface made of piss”) is also available for free from the band’s website.