A Carpet of Flowers at Brussels’ Grand Place 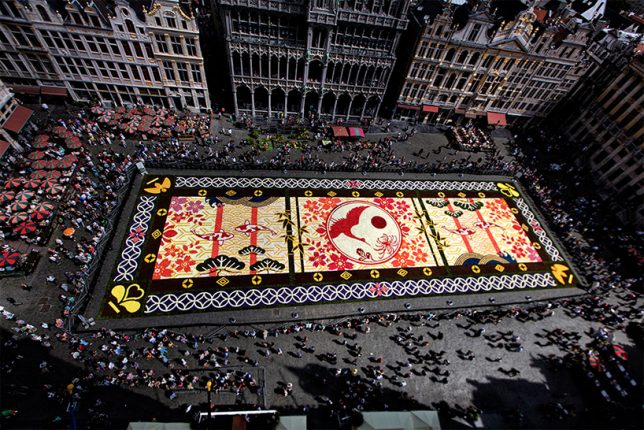 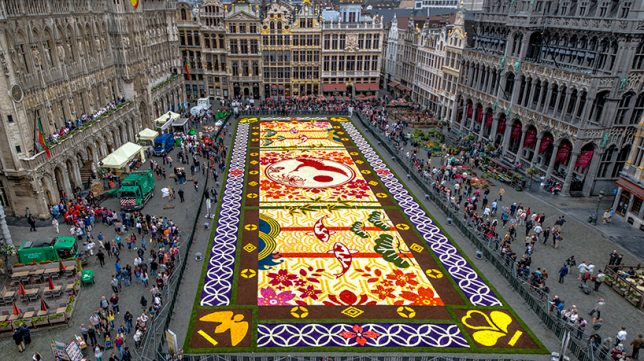 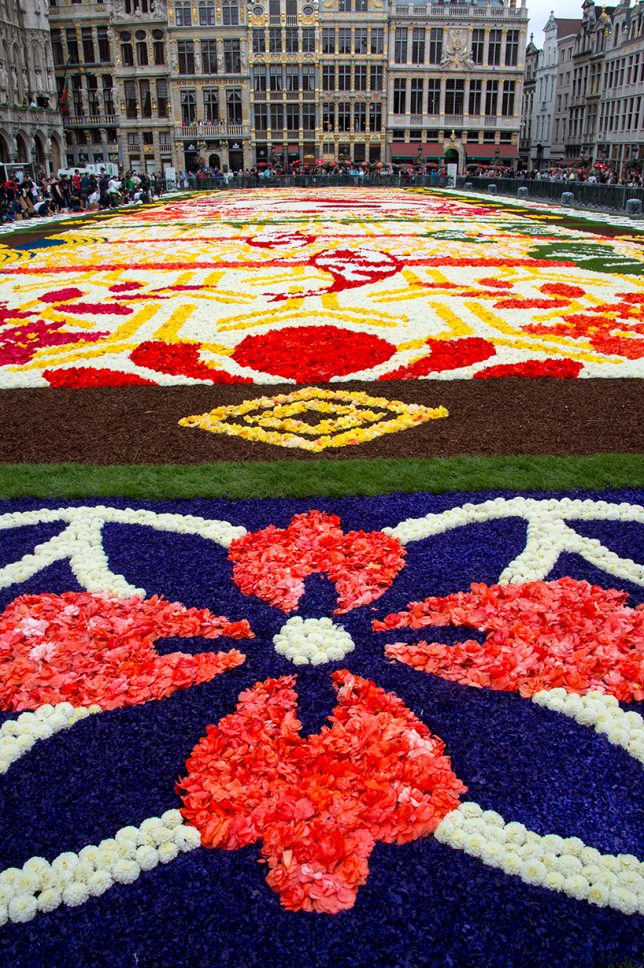 More than 600,000 individual flowers make up a living mural in Brussels’ Grand Place, representing and celebrating 150 years of Belgo-Japanese friendship. The 1,000-square-meter ‘flower carpet’ mural was put together by 100 volunteer gardeners in less than four hours. “The 2016 Flower Carpet is showcasing nature in Japanese tradition with its numerous good luck talismans: flowers, birds, the wind and the moon are symbols of the natural beauty (kacho-fugetsu); koi (japanese carps) represent strength and growth; pine trees and bamboos are signs of good omen; and the cherry blossoms, of course.”

One Hundred Miles of Twine Floating Over Boston 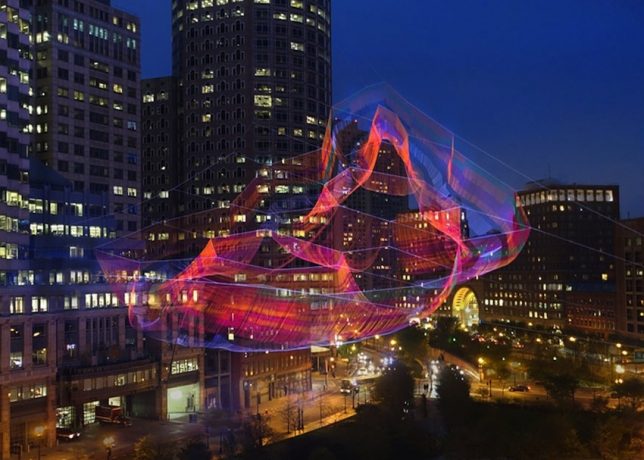 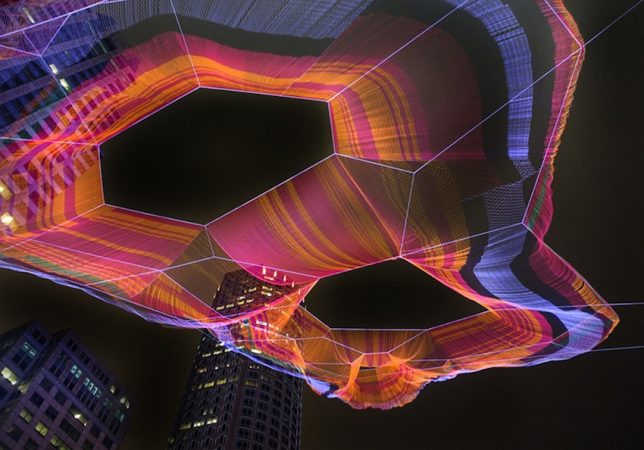 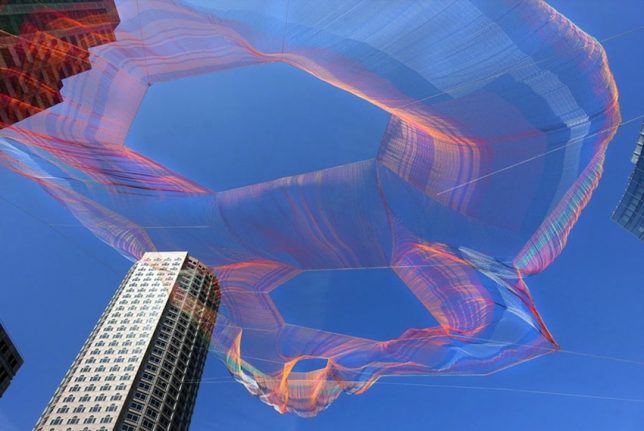 Artist Janet Echelman set out to “visually knit together the fabric of the city with art” in Boston, floating an ethereal, translucent web of twine over a disused elevated highway that formerly divided downtown from the waterfront. ‘As If It Were Already Here’ is made of 100 miles of twine and includes over 500,000 knots, floating 600 feet above the space. 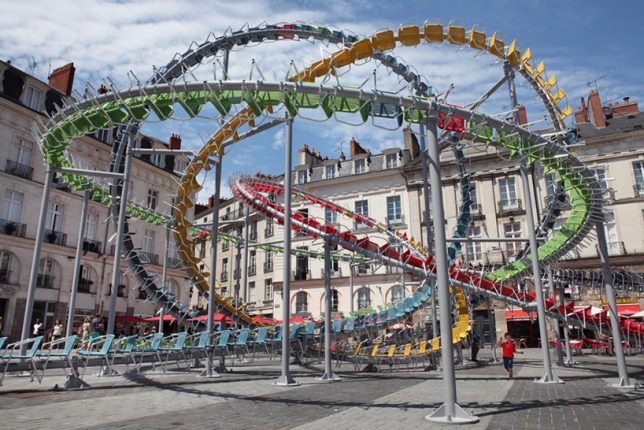 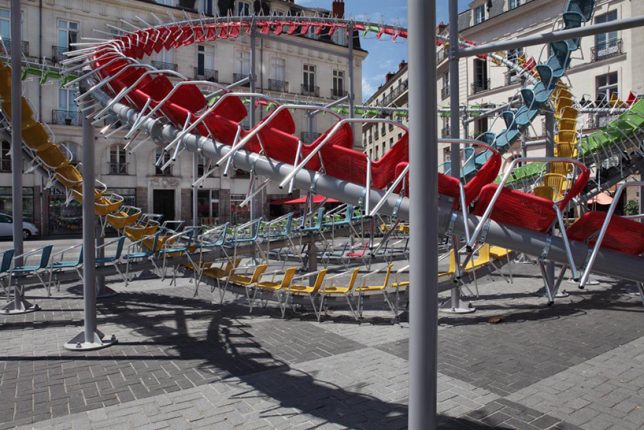 This unusual sculpture by artist Baptiste Debombourg is definitely eye-catching, but might run the risk of disappointing people who see it from afar and come in closer hoping it’s a real rollercoaster. ‘Stellar’ is an aerial sculpture made from 1200 cafe chairs winding around themselves within the Place du Boffray in Nantes, France.

Inflatable Structure Around a Sculpture by Plastique Fantastique 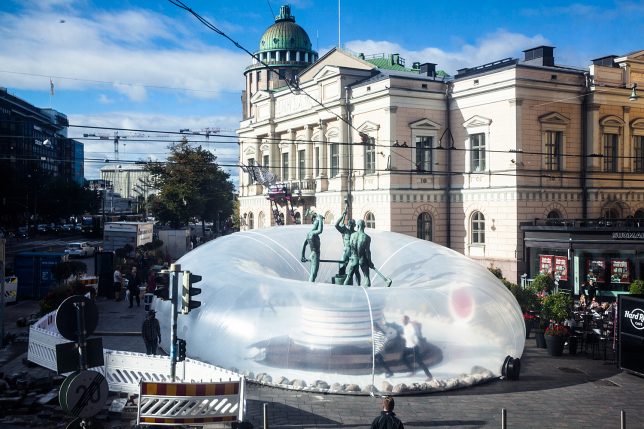 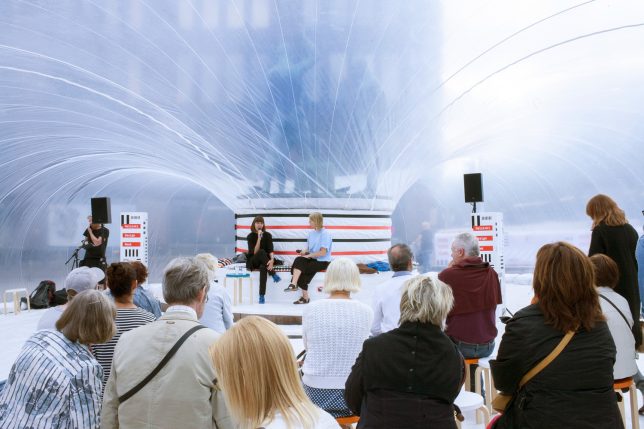 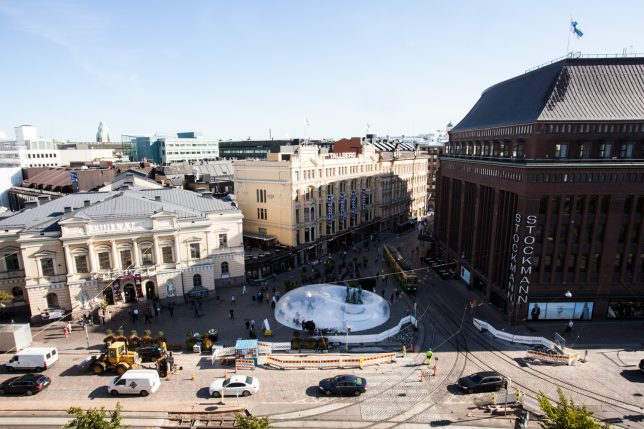 A Helsinki landmark that’s been in place since 1932 is radically – but temporarily – changed as the firm Plastique Fantastique transforms it from something to look at into something to experience. ‘superKOLMEMEN’ is an inflatable structure encircling the Three Smiths Statue by Felix Nylund, creating a public shelter and gathering space. “superKOLMEMEN is an urban intervention, popping up temporarily for one week in the center of Helsinki, which will change the view and perception of the space. The daily life scene, happening in the square that people pass by, sit, walk or drive through, will be converted to a playful environment where people can gather, talk, dance or relax.”