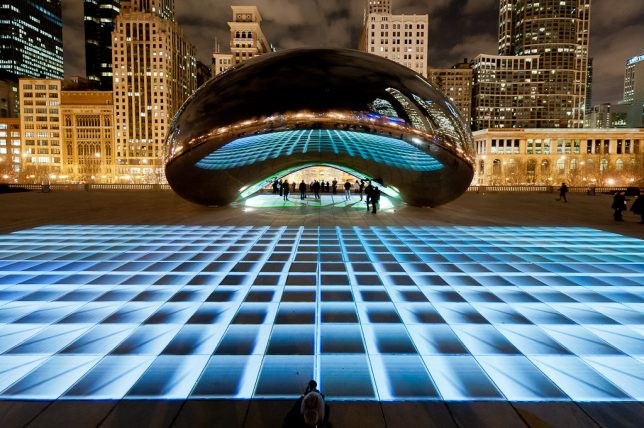 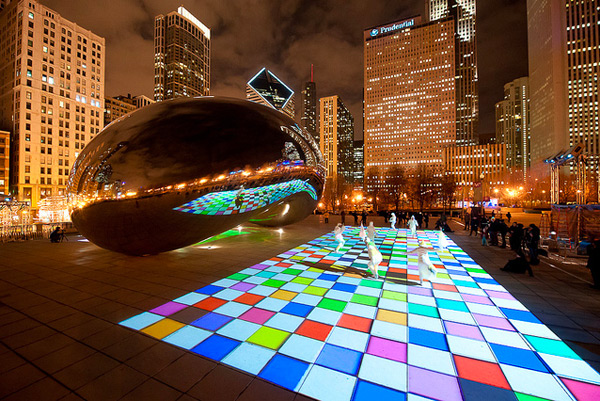 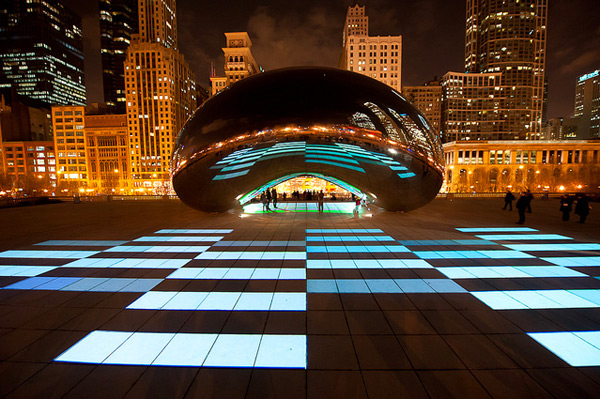 Whether or not you’re a fan of Anish Kapoor, his mirrored ‘Cloud Gate’ sculpture (better known locally as The Bean) has become a prominent Chicago landmark. Local creative ensemble LuftWerk made it even more eye-catching with a temporary light art installation called Luminous Field, playing music and projecting playful environments onto the ground beside it. 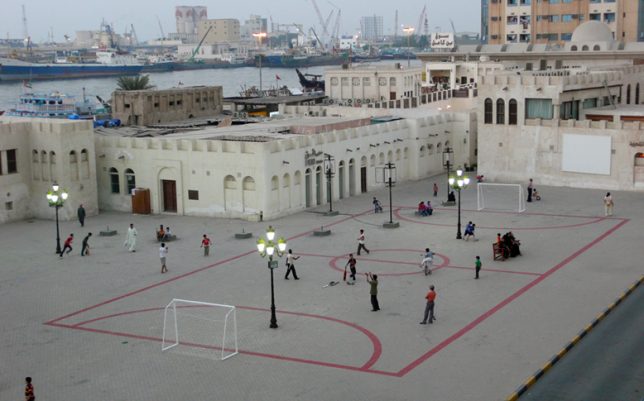 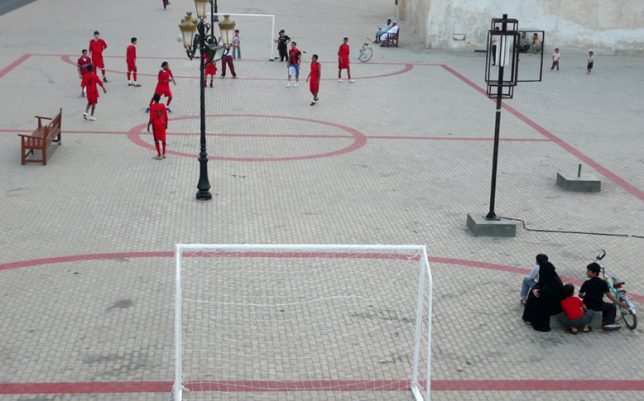 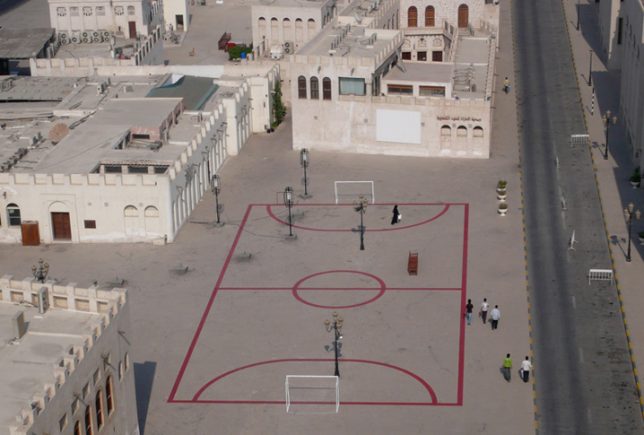 Though it consists of little more than a few red lines and two goal nets, the addition of this football field to Sharjah Museum Square in the United Arab Emirates instantly makes the space more interactive. Deliberately set so that street lamps and public furniture would interfere with it, the installation by Maider Lopez challenges passersby to coexist with each other’s activities and desires.

A Labyrinth of Plastic Waste by Luzinterruptus 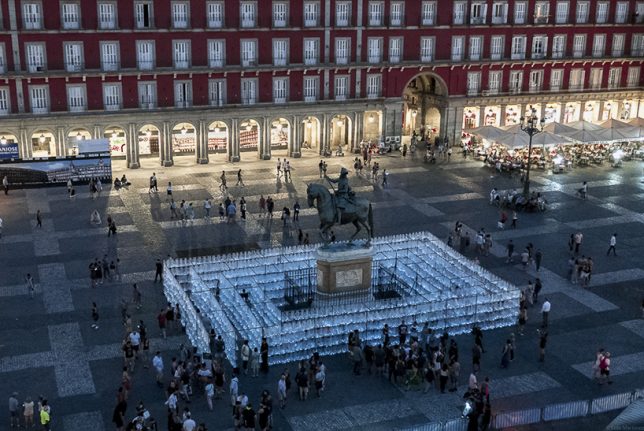 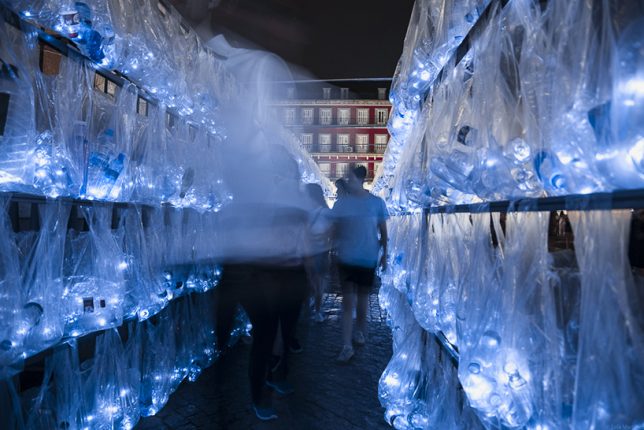 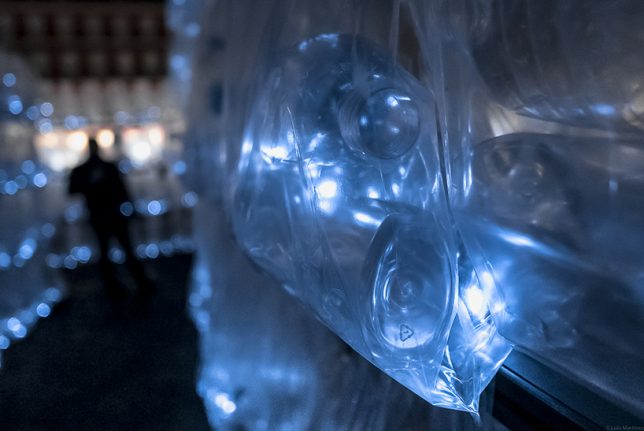 A statue at the center of Madrid’s Plaza Mayor becomes the center of a labyrinth of plastic in this installation by anonymous art collective LuzInterruptus. 558 feet long with 10-foot-high walls, the labyrinth intends to make people uncomfortable both in the ‘claustrophobic’ width of its aisles and its confrontational nature; the 15,000 bottles hung inside transparent bags represents the amount of waste generated by the city in a single day.

Inside Out Project, New York City 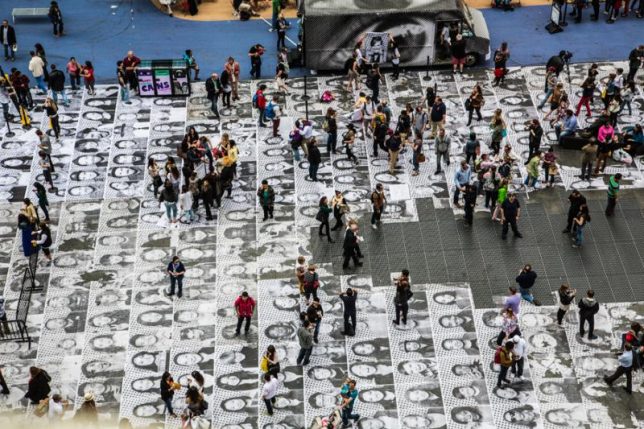 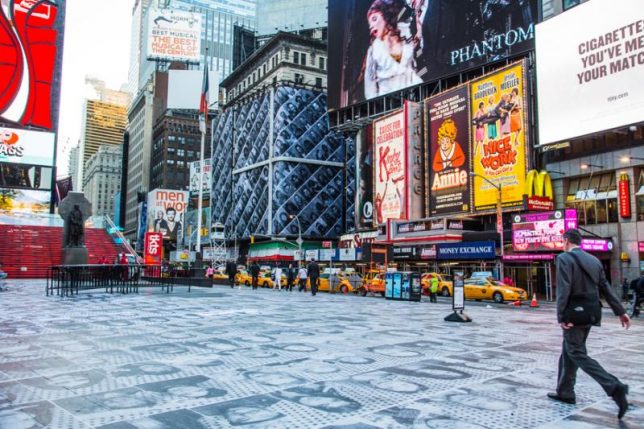 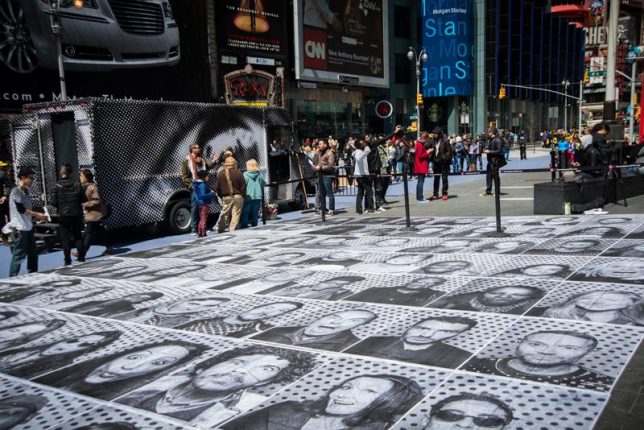 Almost 6,000 New Yorkers stopped at a photo booth Times Square, set on the site of the world’s first-ever photo booth installed 100 years ago, to have their portraits taken. Later, those portraits were pasted right onto the ground of Duffy Square or in the subjects’ own neighborhoods as part of the ‘Inside Out Project.’ “The project activates Times Square as a creative hub – engaging the boroughs of New York as the photo booth truck makes early visits to the Bronx, Staten Island, Queens, Brooklyn,” say the organizers. “The initial portraits featured community members from the New York City neighborhoods affected by Hurricane Sandy.”