Moonolith ‘Monument to the Moon and Stars’ by Martin Bricelj Baraga 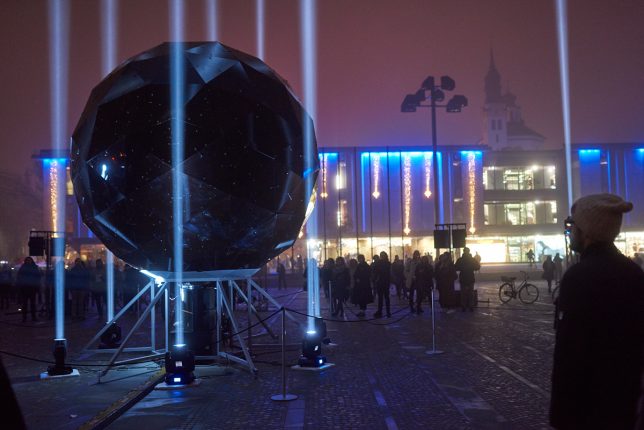 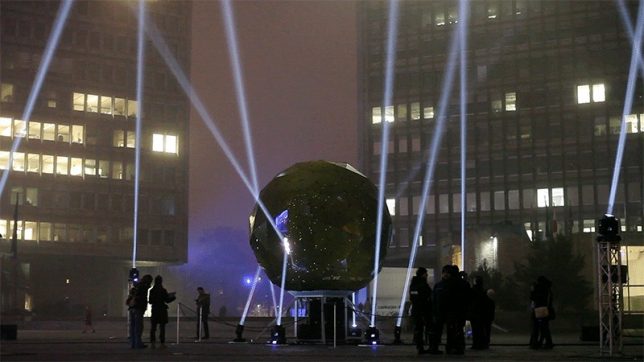 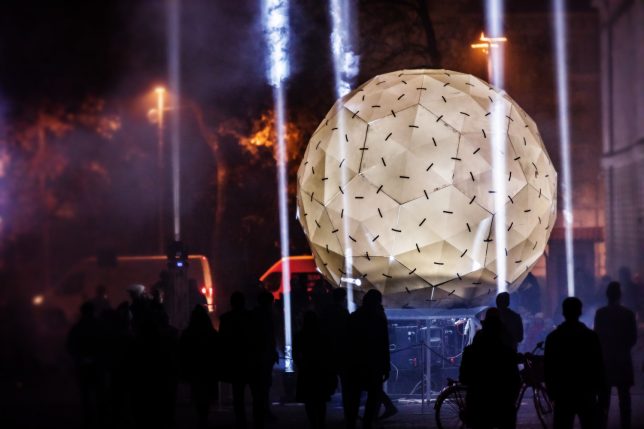 ‘Moonolith’ is a “modern three-dimensional squaring of the circle, projected into Euclidian Space,” created by artist Martin Bricelj Baraga in collaboration with the city of Ljubljana, Slovenia. Its surface is capable of reflecting its environment as well as producing imagery of constellations and the current phase of the moon.

Geodesic Timber Interior by Berg Design for Kinfolk in Brooklyn 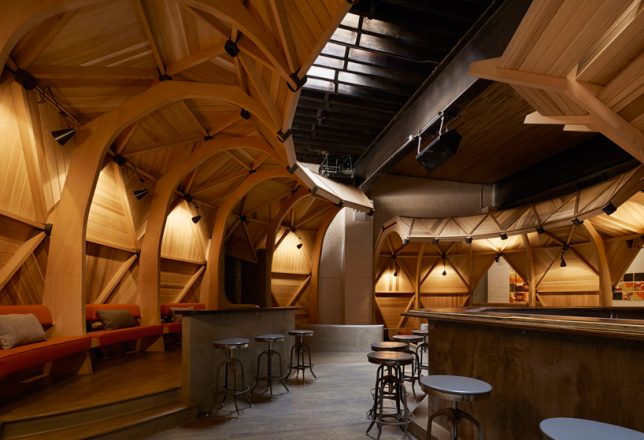 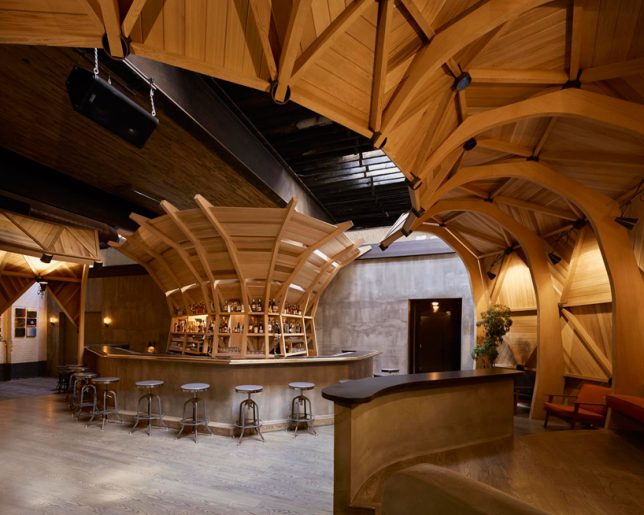 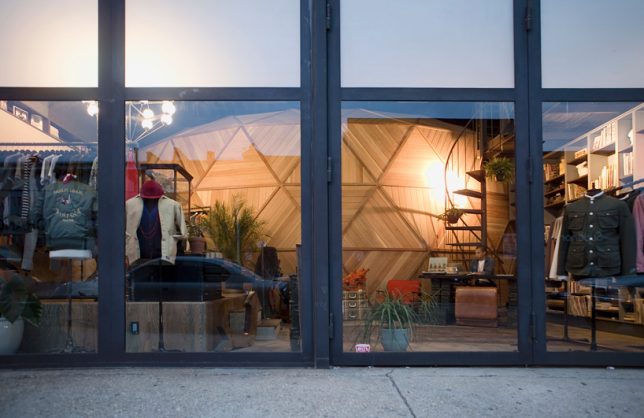 A timber geodesic dome sits within the larger shell of Kinfolk, a Brooklyn studio and event space, visible from the street. Berg Design created the installation within the former garage, delineating the space into a retail area in front of the dome, a bar inside it and an event space behind it. 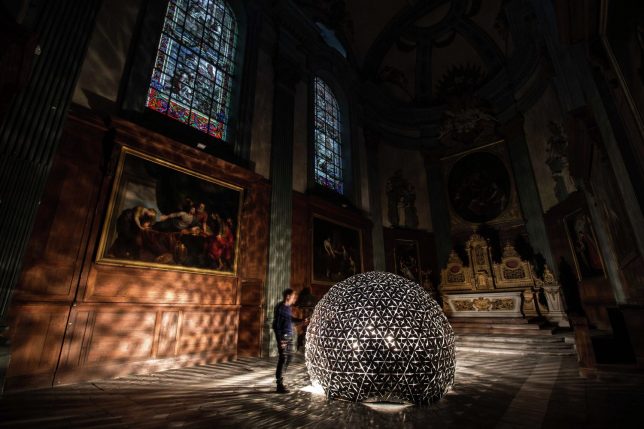 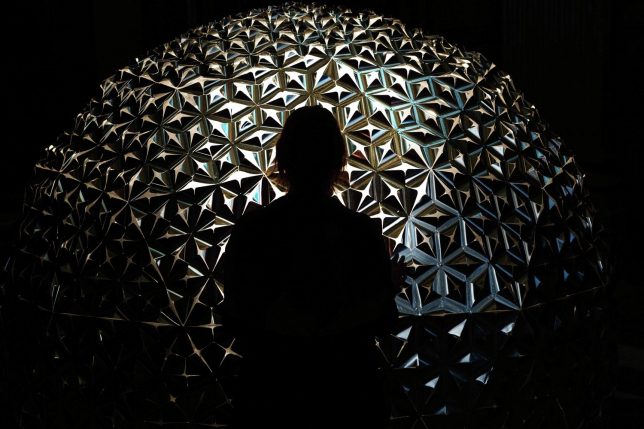 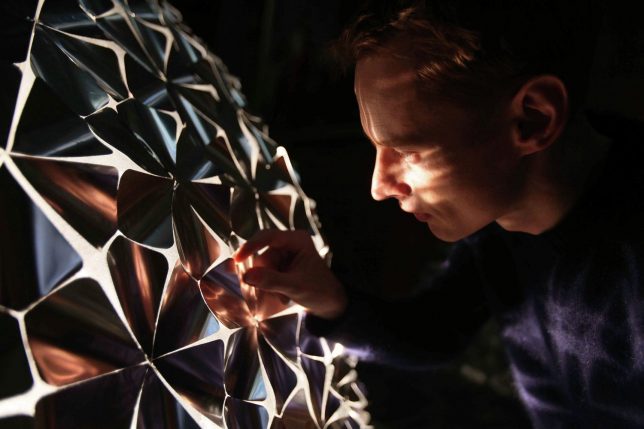 Daan Roosegaarde’s ‘Lotus Dome’ consists of ‘smart foils’ that unfold organically in response to human behavior, opening or closing the dome and altering the amount of light it produces. “Located in the 17th century Sainte Marie Madeleine Church in Lille (FR), LOTUS DOME creates an interactive play of light and shadow. As a futuristic vision of the Renaissance, LOTUS DOME merges elements of architecture and nature into an interactive environment…. [it’s] a smart lotus flower which blooms in reaction to the heat of visitors’ hand. The artwork glows subtly when the hand is approached as its smart leaves fold outward.” 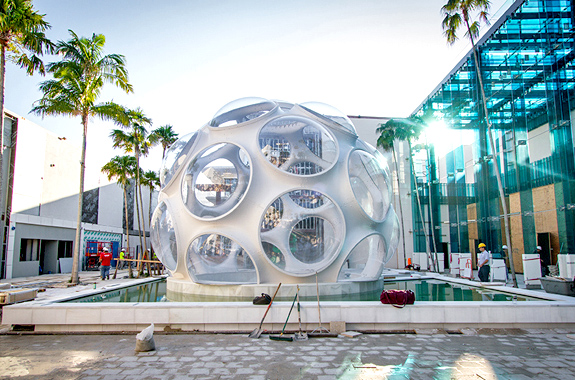 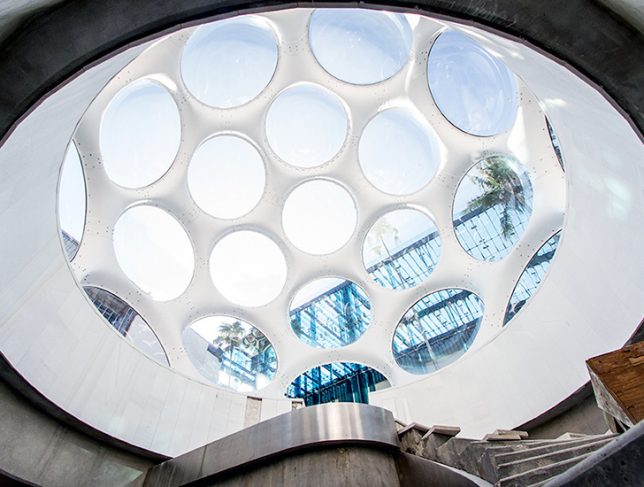 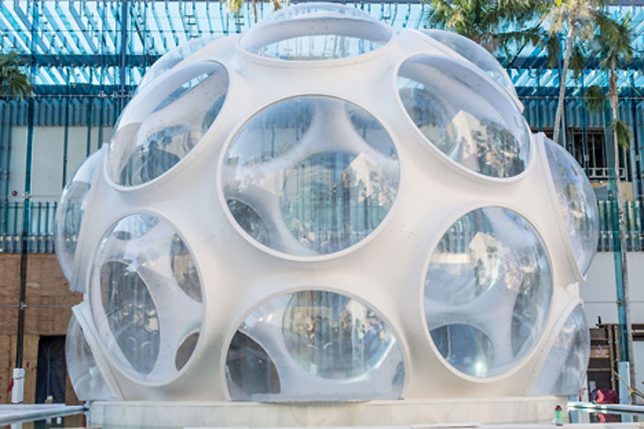 Though it’s seen less often than other iterations of his domes, Buckminster Fuller’s fly’s eye dome is quite striking with its arrangement of clear lenses looking out onto the world. The dome was reproduced using modern materials and parametric modeling for Design Miami in 2014, placed atop a pool of water in front of Sou Fujimoto’s Palm Court shopping center. 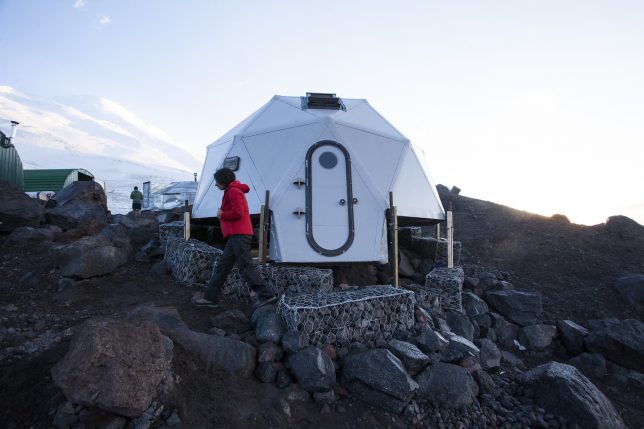 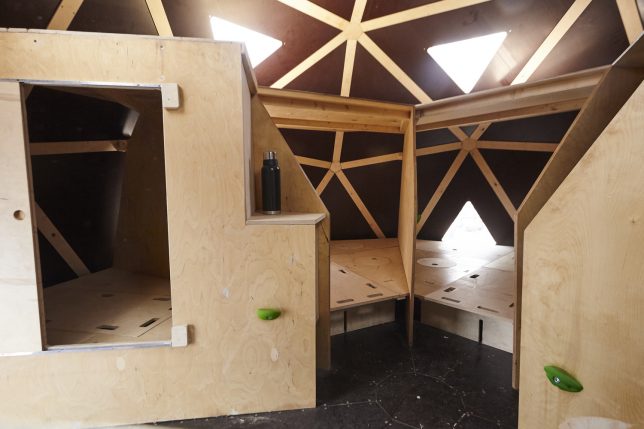 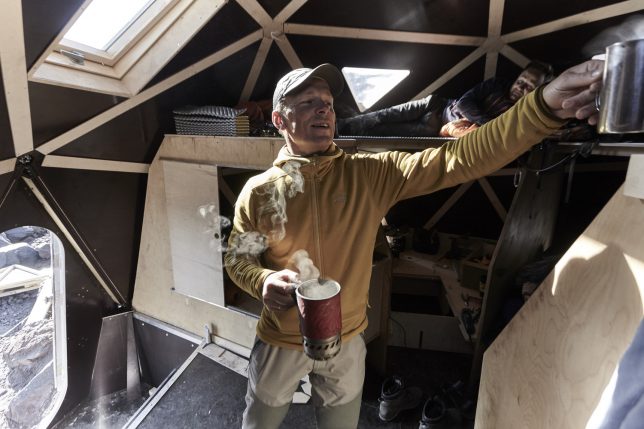 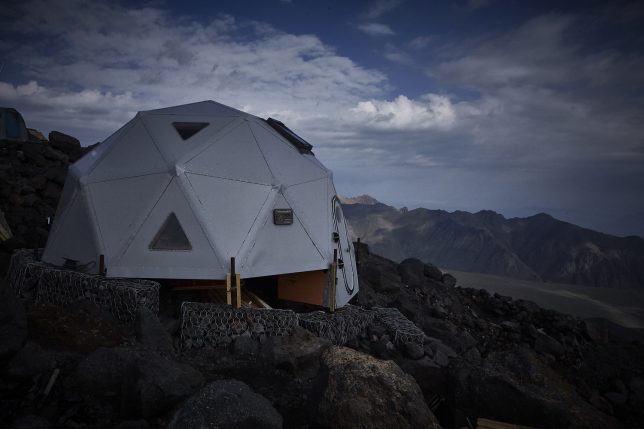 The last place climbers can catch a night of sleep before hitting the peak of Mount Elbrus, the highest point of Europe, is this structure by Ice-Age Architects inspired by Buckminster Fuller’s 2V geodesic dome. Known as ‘Shelter 3800,’ the structure’s modularity made it easy to construct on site despite the challenging location, and it has enough space inside to sleep 16 hikers at a time.