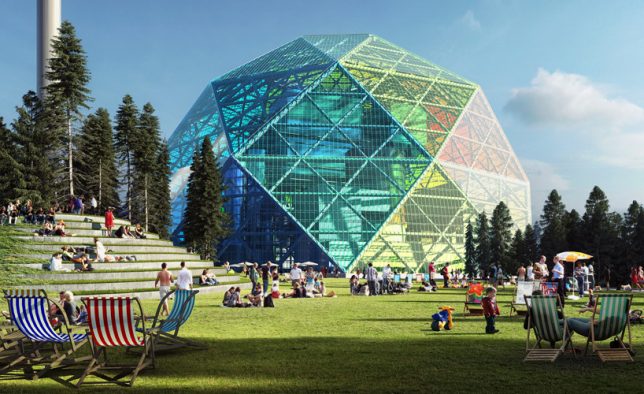 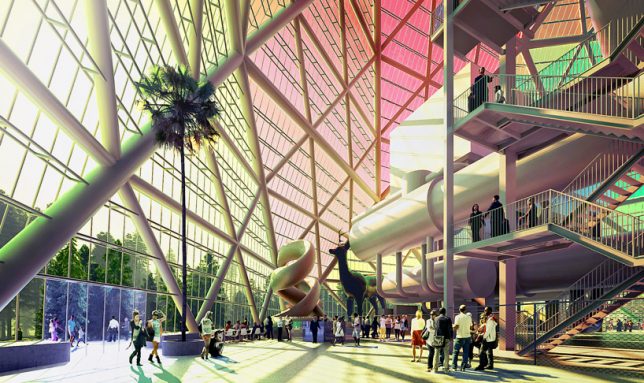 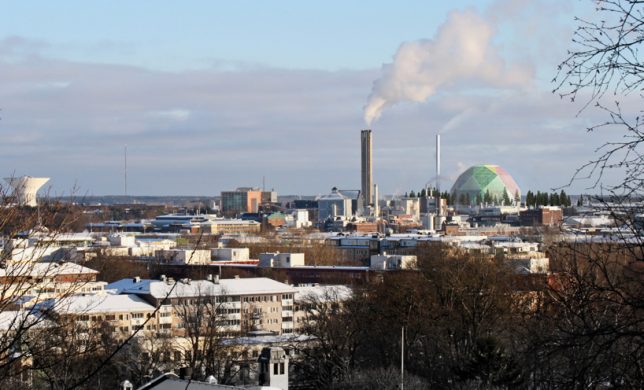 Leave it to architects Bjarke Ingels of Bjarke Ingels Group to do everything BIG. It’s unclear whether the firm’s proposal to top the Uppsala Power Plant in Sweden with a geodesic dome will ever come to fruition, but renderings of the potential structure with its crystalline, subtly rainbow-hued walls make it look like a welcome addition to the area. The idea is both to transform public perception of power plants for the new biomass facility and create an enclosure to entertain and educate the public. 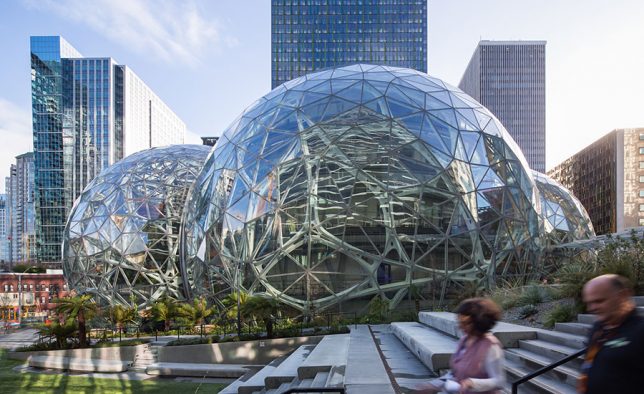 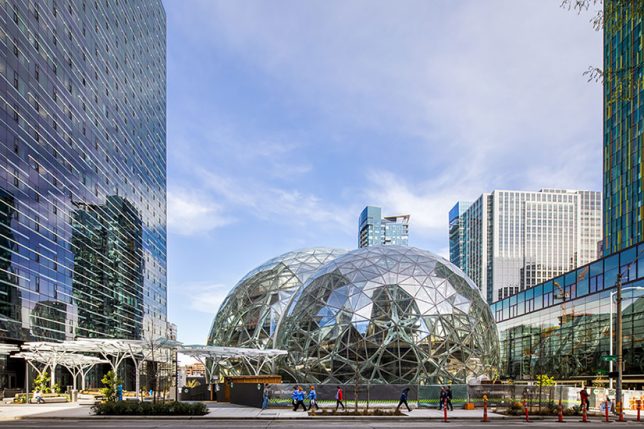 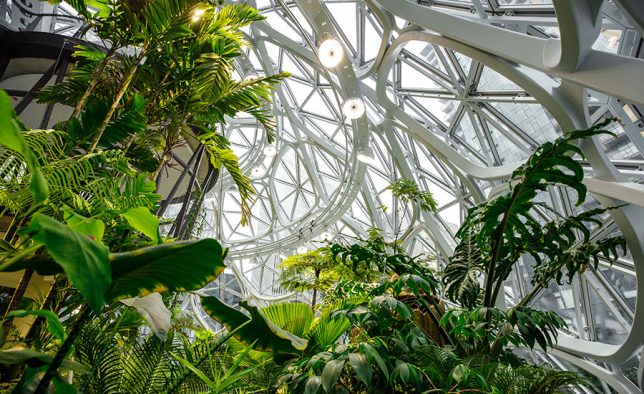 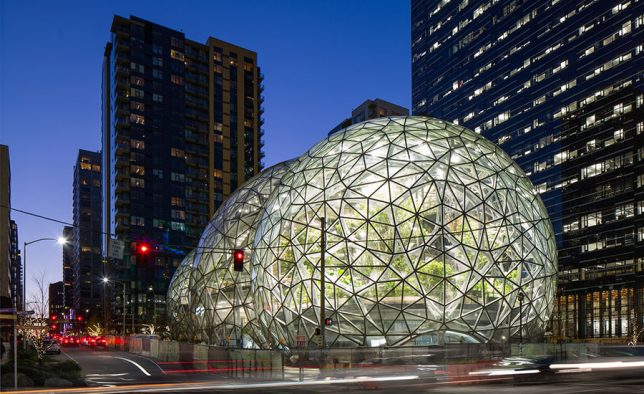 Three conjoined glass bubbles make up a striking new addition to Amazon’s $4 billion headquarters in Seattle, containing five levels of workspaces, fun features and over 40,000 plants. Created by architecture firm NBBJ, the Spheres are an ecosystem unto themselves, offering employees unconventional places to work like a bouncy bridge, deck chair recliners and a tree house meeting room.

Good Chance Theater at a Refugee Camp in France 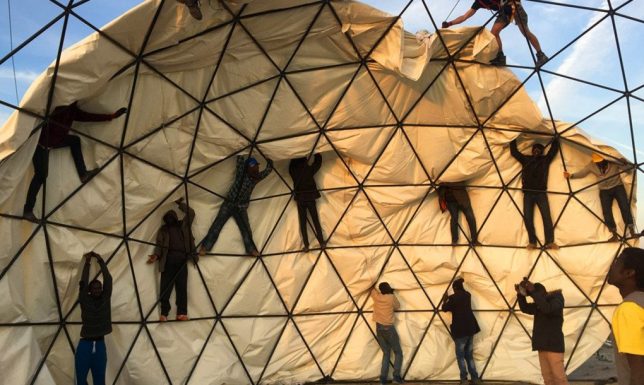 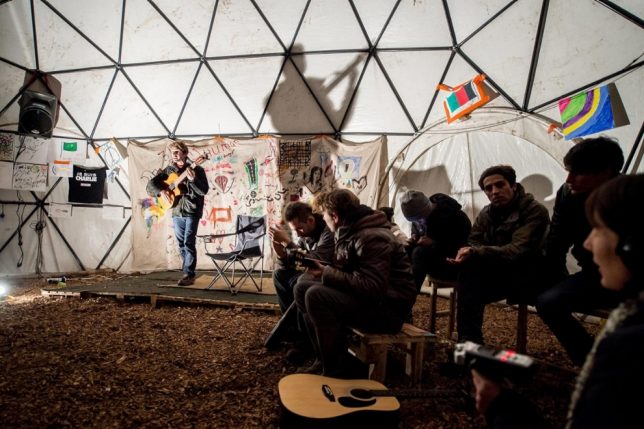 Prior to being shut down in 2016, the Calais ‘Jungle’ was a migrant shanty town in northern France holding 8,000 people from conflict zones like Somalia and Yemen who were hoping to reach the British Isles. Most of them have since been relocated to other areas of France. Among its main structures was a dome known as the ‘Good Chance Theater,’ a place that allowed the migrants to share their stories with each other and the community. Though the ‘Good Chance’ dome is no longer at Calais, it lives on, most recently appearing in Paris. 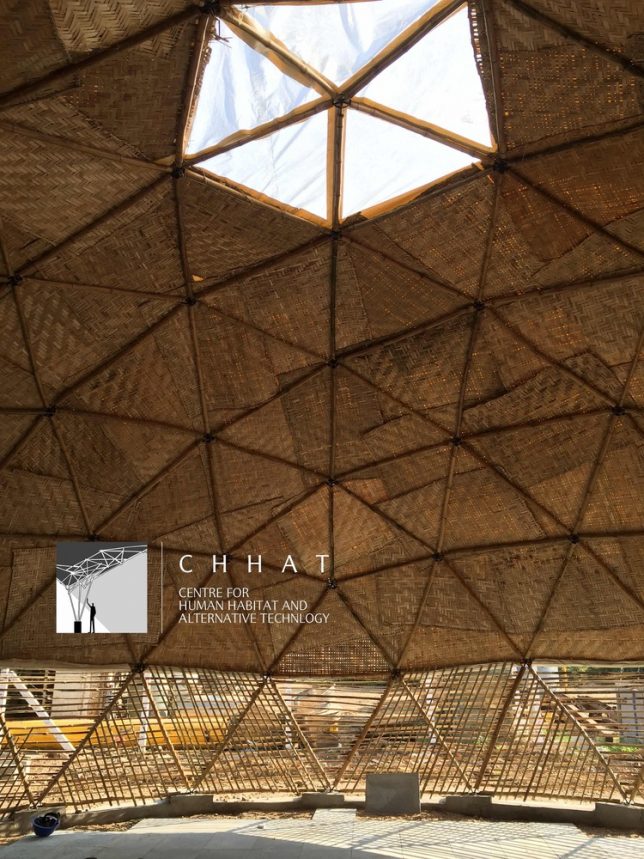 Winner of the student category in the 2016 Buckminster Fuller Challenge, this bamboo dome by students from the Centre for Human Habitat and Alternative Technology (CHHAT) in India offers a model for rapidly deployable shelters for use in emergencies, in rural areas and for homeless migrant workers. The spaces are large enough to be adaptable to a wide variety of activities and very login cost, with steel joints linking lengths of bamboo. Each panel is then covered in bamboo mats and insulating styrofoam before being covered on the outside by a waterproof PVC flex sheet. 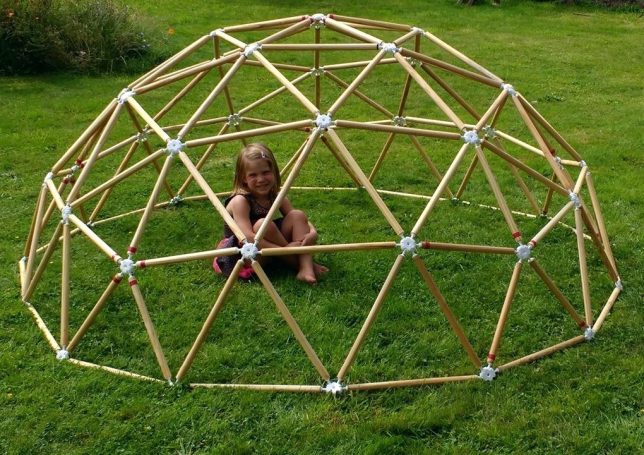 Feeling ambitious after checking out all these domes? You can make your own quite easily with durable ‘Hubs,’ an affordable geodesic dome kit that comes with all the connectors and instructions you’ll need. The only additional requirements are a screwdriver, a saw and your choice of sticks, which could be branches, broom handles, dowels, roofing battens, bamboo or any straight lengths of wood you can find.