The simple and linear form of this remote vacation home juts out from a cliff over a sea-lion reserve in Chile; crafted to look aged and monolithic, it appears almost like a modern ruin in the natural landscape. 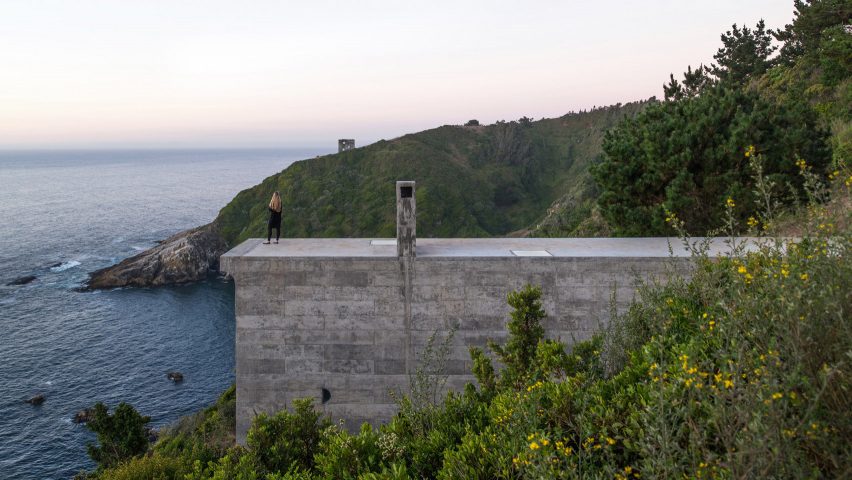 Designed by architects Mauricio Pezo and Sofia von Ellrichshausen, based in nearby Concepción, the Loba House juts out off the Coliumo Peninsula. For the clients, it is a dream getaway, but it takes a particular personality to enjoy the rugged forms and structural simplicity of this quiet place. 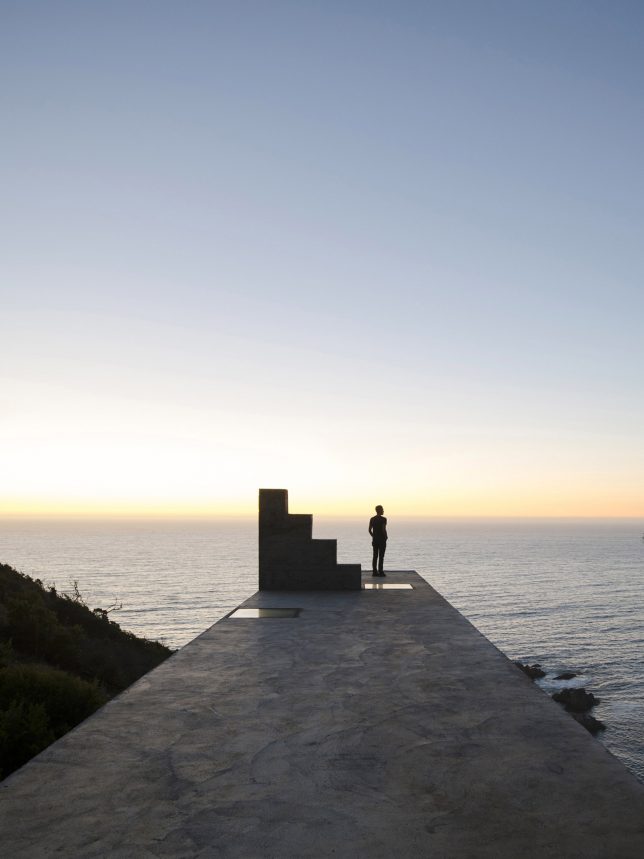 The heavy concrete structure is predominantly made of concrete, its roof forming a terrace overlooking the ocean below (with a stepped chimney sticking up from it). 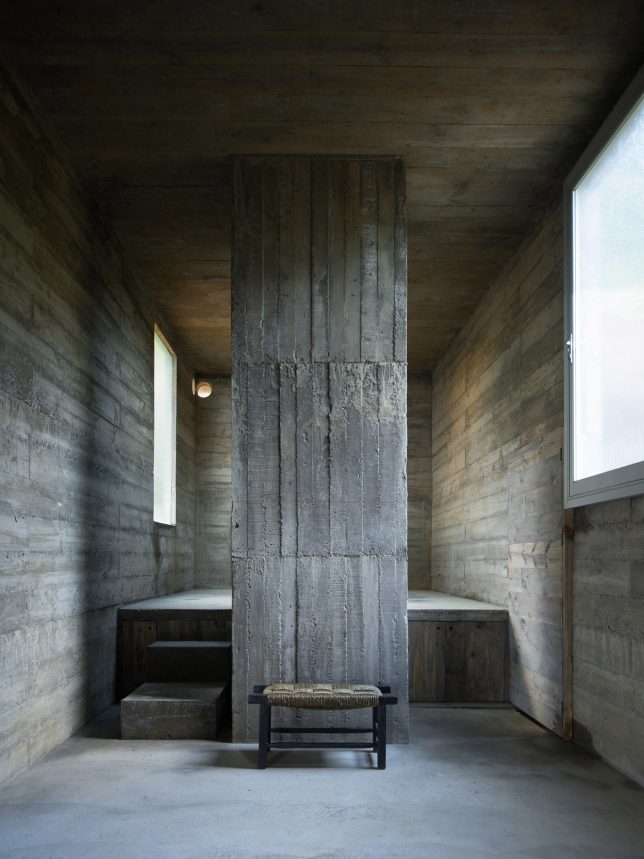 “In its under-dimensioned thickness, in its narrow and tall proportion, the building could be read as an inhabited wall that runs perpendicular to the natural topography.” 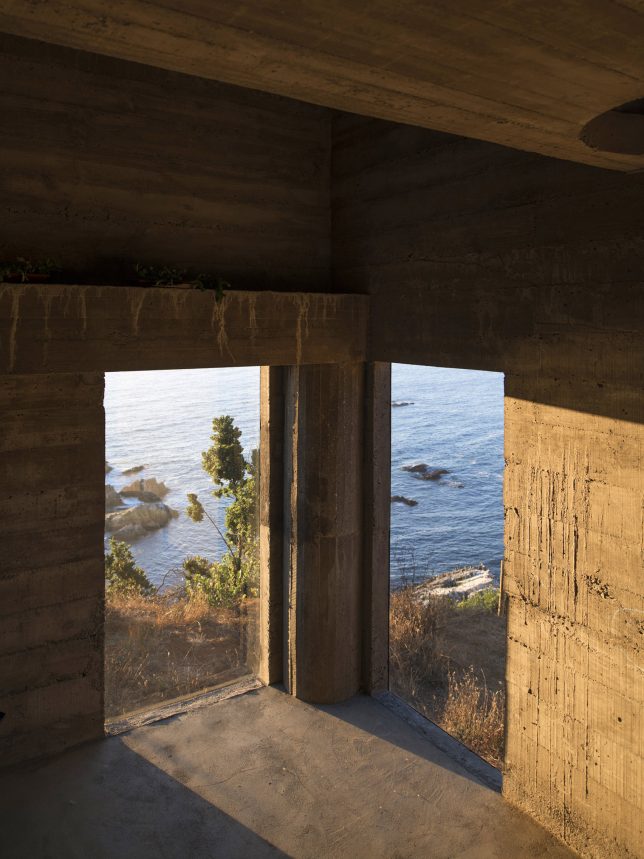 The interior is intentionally sparse and rough, seeming almost like something constructed out of mud brick by hand, or an ancient retreat for some monastic order. The floors step up the hill, following the topography. 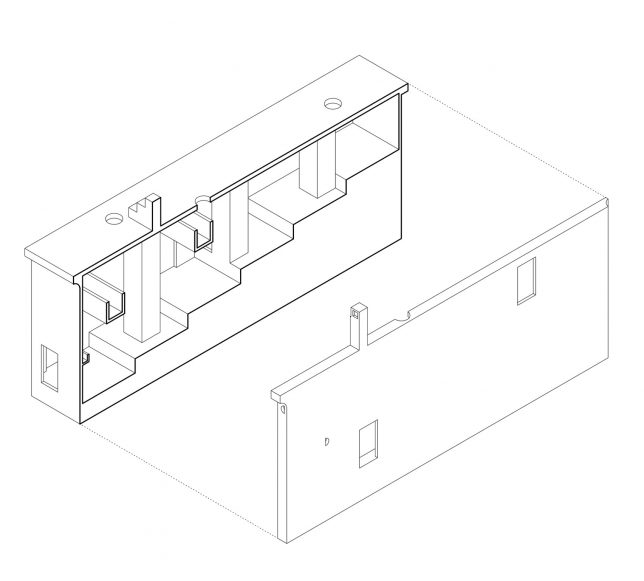 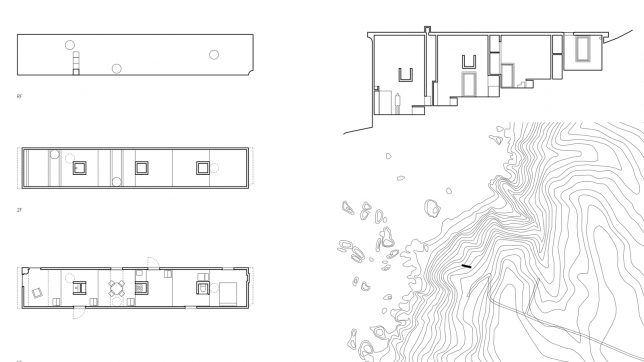 The place is just 750 square feet. Kitchen and bathroom fixtures as well as the hearth are built into the concrete columns, as is storage space below various platform levels. Below are common spaces — above: sleeping quarters. 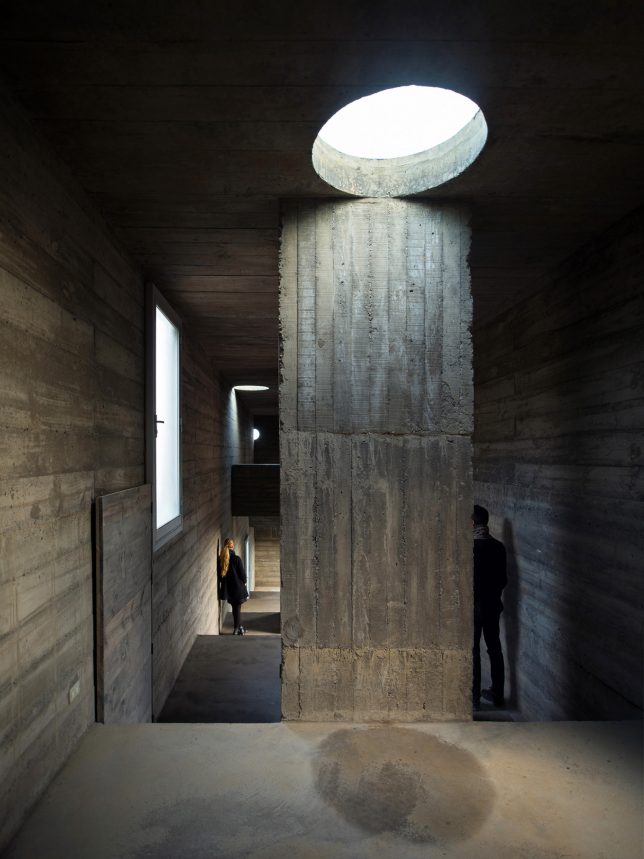 Skylights illuminate various rooms and the board-formed walls, while limited windows keep down costs while framing specific views of the surroundings. Simplicity and geometry dominate the design inside and out, which are also common themes in the architects’ other projects (their own home is a simple concrete tower). 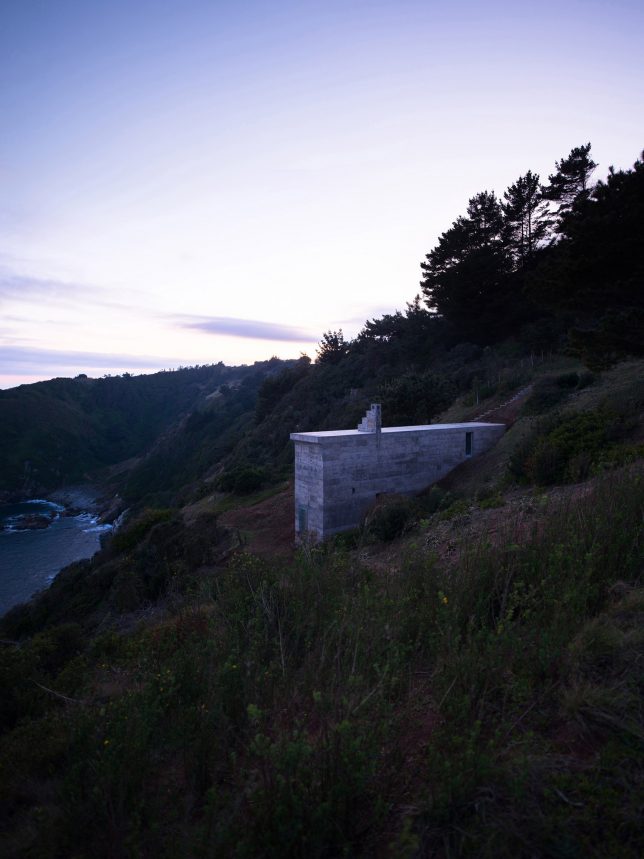