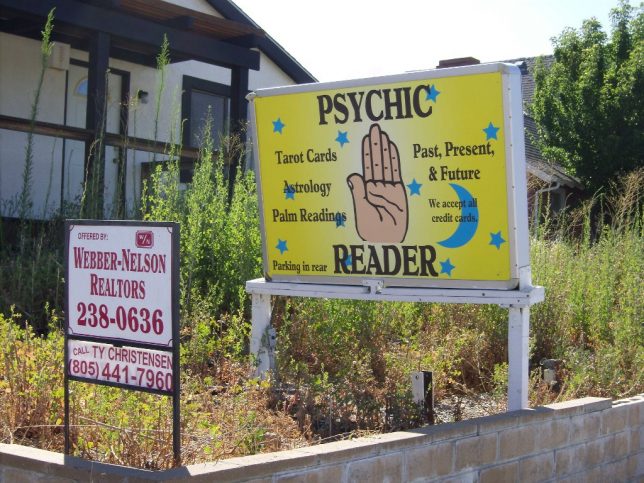 “What’s wrong with this picture?,” asks Flickr member Michael Austin (harlequinade), and the answer is the inclusion of one of the signs… you can probably guess which one. The former Psychic Reader from Atascadero, CA seemed to have all the tools of the trade at their disposal, reading tarot cards and accepting all credit cards. Even so, the shop went under. One might say their fate was… in the cards. 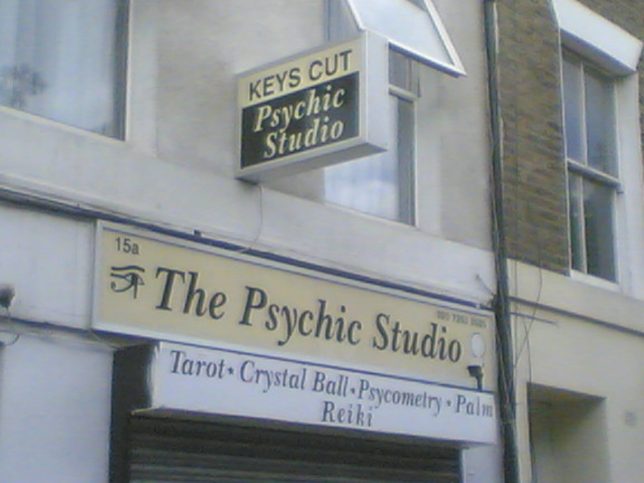 How many of us considered calling up a psychic after losing their keys? Well, it’s too late to call The Psychic Studio, located in central London, UK, and that’s rather unfortunate – if they CAN’T locate your wayward keys, at least they’d be able to cut you a new set. Truly an impressive feat… lock had nothing to do with it. Flickr member Claire Rowland (clurr) snapped the former combo seer and key-cutter in April of 2006. 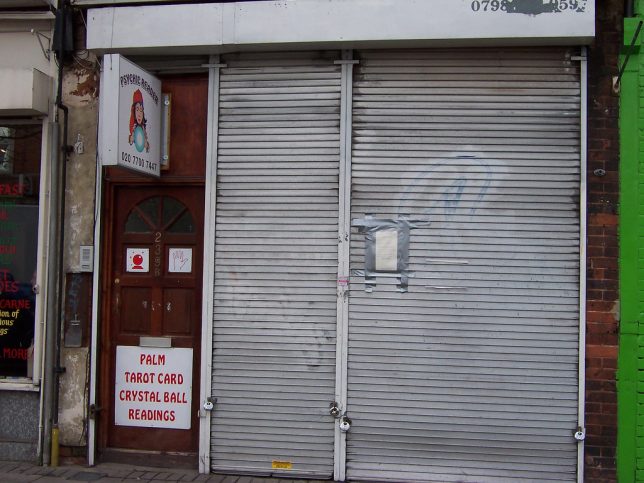 Possessed by evil spirits? It’s more likely than you think. Re-possessed by your landlord for not keeping up on the monthly rent? It’s guaranteed, as the owner/operator of the above unnamed former Psychic Reader from London’s Holloway Road found out to their dismay. Flickr member Loz Pycock (Loz Flowers) photographed the shop’s shuttered storefront in early February of 2006. 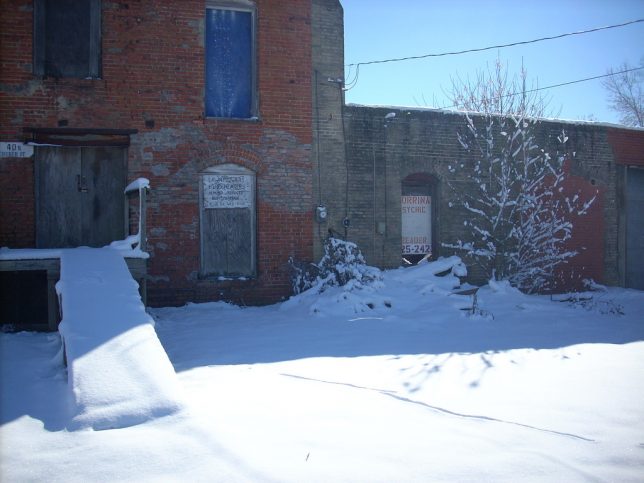 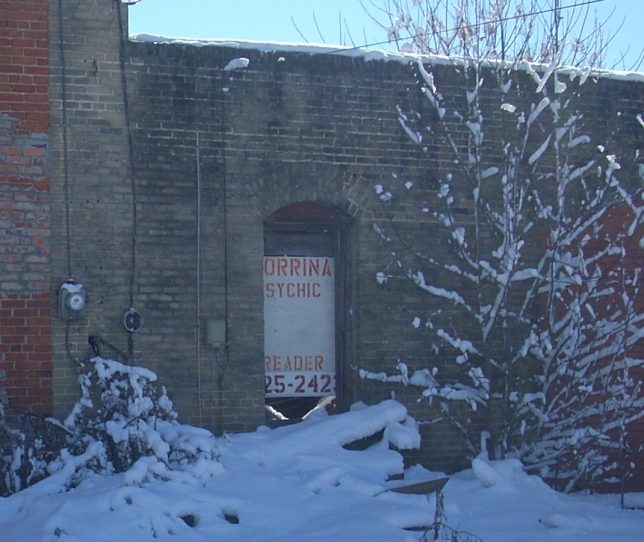 Location, location, location… the three most important words to heed when establishing a walk-in business. Too bad -orrina the -sychic ignored that crucial maxim. Give Flickr member Gerry Dincher credit for going out on a snowy December 27th in Parkton, NC (yep, North Carolina!) to snap the sorry state of the former occultist. 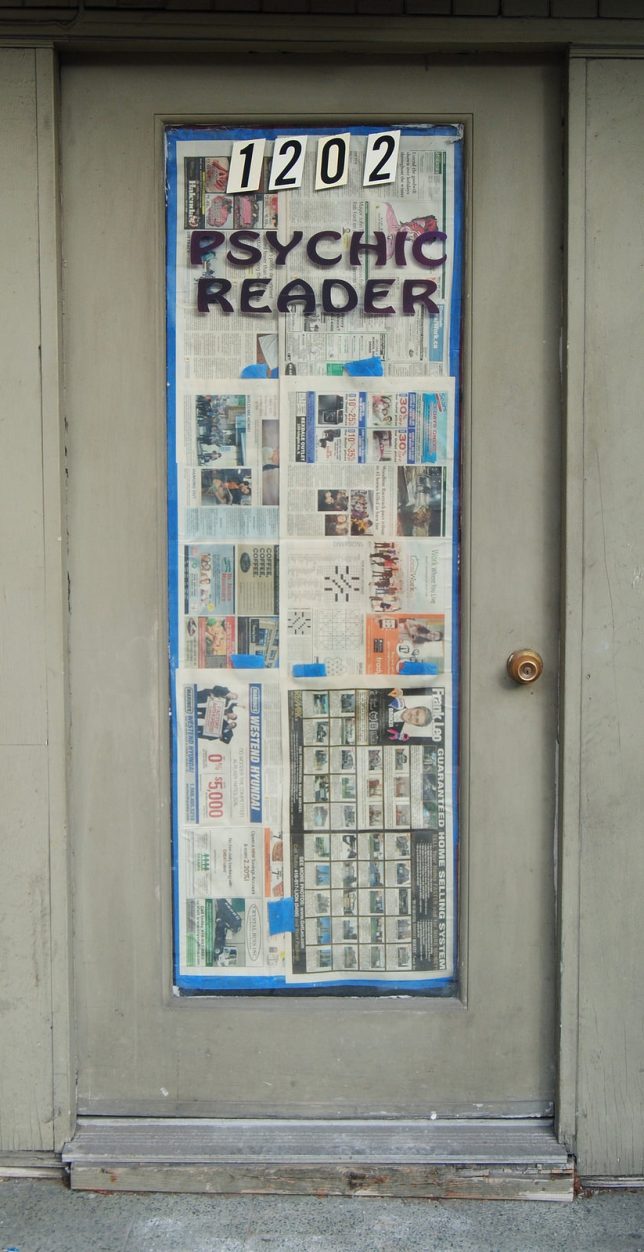 Psychic Reader or Newspaper Reader… why not both? This precisely papered-over door glass fronts a former palmist’s premises in downtown Toronto. One wonders what spiritual secrets within were deemed worthy of such security, although you’d think any psychic seer worth their crystal balls wouldn’t let mere newsprint stop them from snooping on a rival. Not that it matters much in this case, as according to photographer and Flickr member s i l e n t p i c t u r e s this particular psychic reader is yesterday’s news.