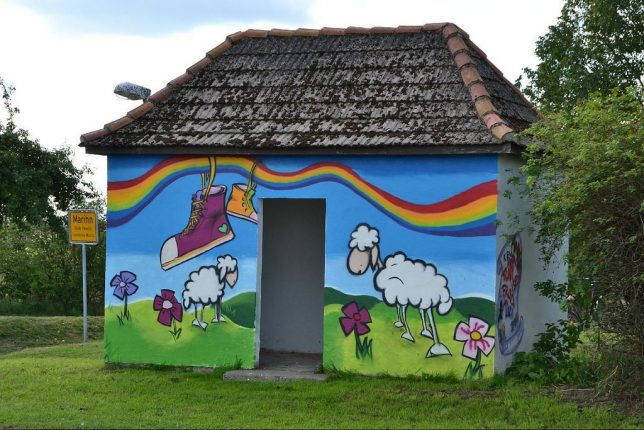 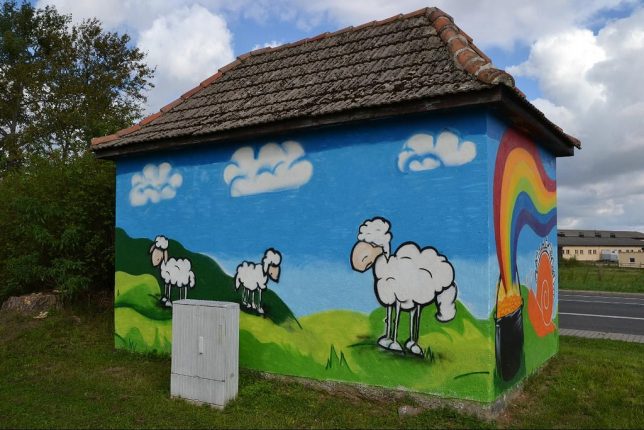 The above bus shelter located near Gemeinde Marihn reflects the region’s traditional lifestyle in both its construction and the pleasingly pastoral paint job. Flickr member Thomas Kohler snapped the rural “bushaltestelle” in early September of 2011. 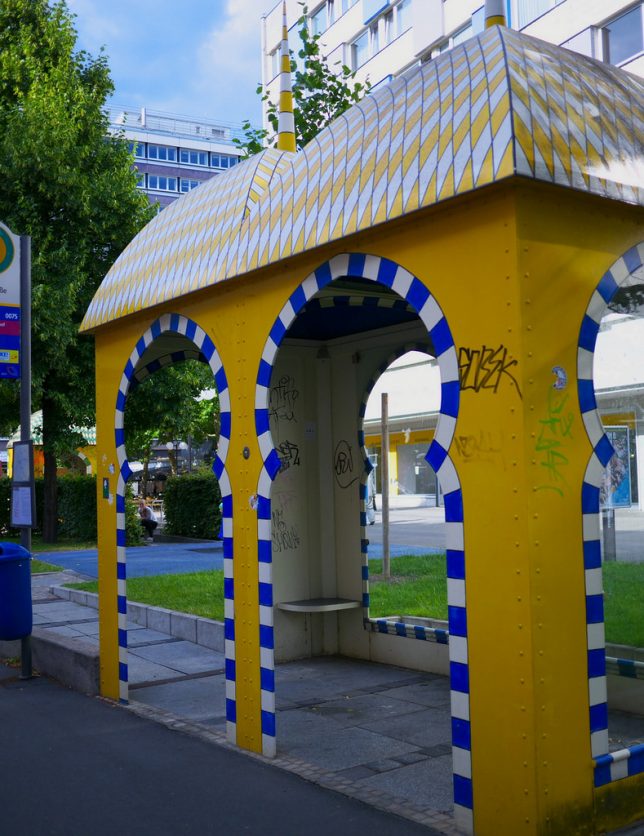 Though slightly marred by graffiti tagging, this rather tall bus shelter in Leipzig, Saxony still impresses with echoes of Moorish style and a complex bi-color roof treatment. Flickr member Marico (Long Sleeper) captured this spacious (though mostly seat-less) bus shelter in August of 2014. 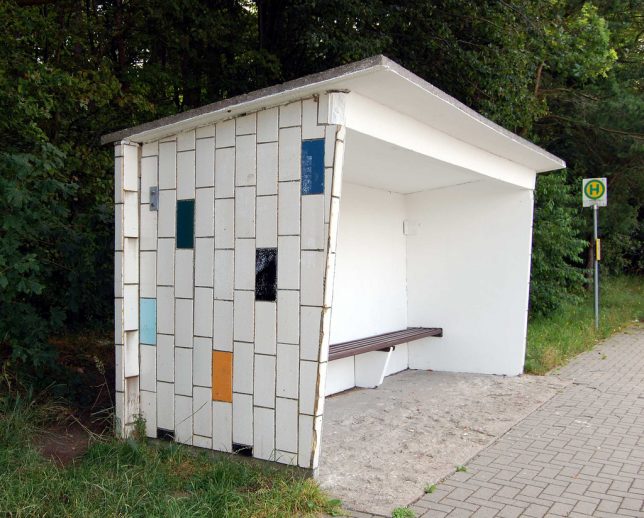 The spartan yet hopeful vibe exuded by “THE East German bus shelter”, as a commenter at Flickr member Jim Cooper (stilo95hp)’s photo put it, indicates that all was not grim and grey in the former GDR (1949-90). It’s also notable that this relic of the Eastern Bloc from Mellenthin, Usedom still appears eminently serviceable – not a trace of graffiti can be seen. 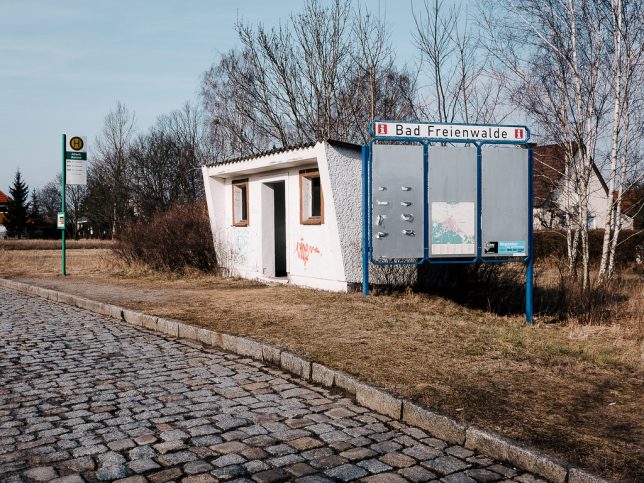 Here’s another East German bus shelter, slightly larger and more substantial than the bare-bones example described previously. Note the white stucco exterior – a magnet for graffiti, unfortunately – and the corrugated sheet metal roof. This owlish-looking bus shelter from the medicinal-springs town of Bad Freienwalde was photographed by Flickr member frollein2007 in March of 2018. 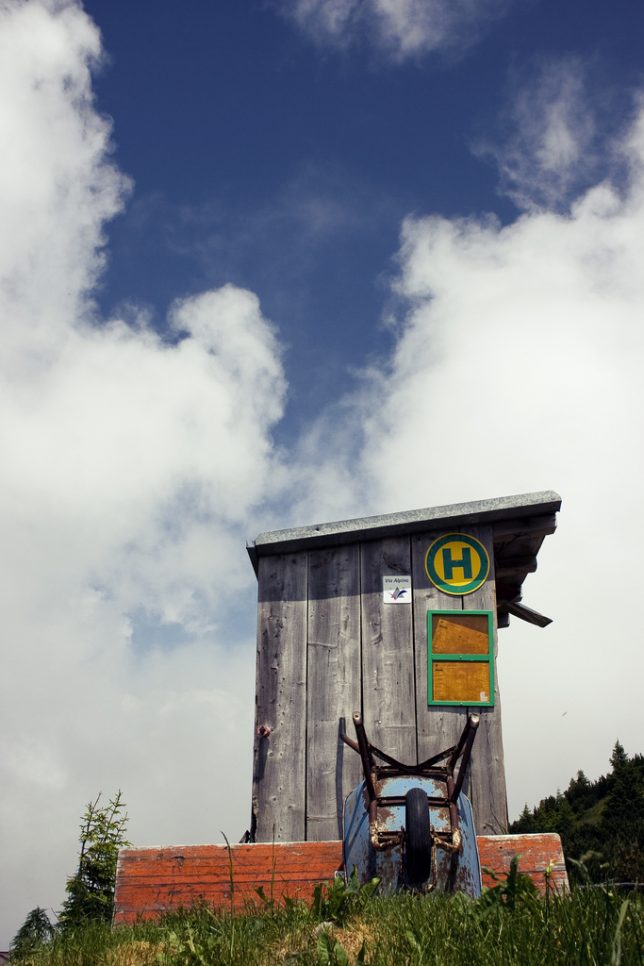 Not everyone in Bavaria drives a BMW… and even those who do sometimes have to park their er, wheelbarrow and bus da move. This weathered transit stop shelter near Lobesau displays a rustic ethos evocative of an ancient outhouse. Please don’t use it as such; bus-riders tend to frown on that sort of thing. Flickr member Oscar Tramor‘s evocative photo above dates from July 5th of 2010.