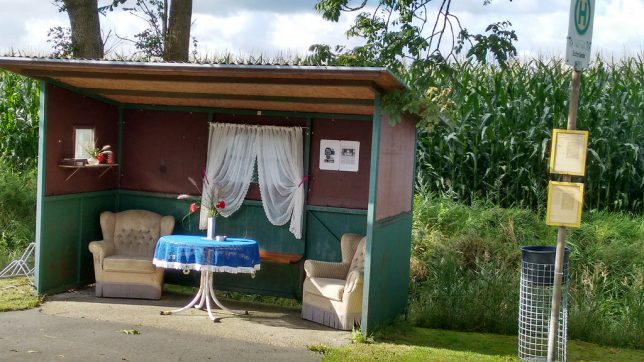 This luxurious bus shelter in Neuenkirchen, Schleswig-Holstein is so comfy & cozy, one’s tempted to let every bus go by without boarding. The shelter was snapped by Flickr member peter clements (onetenpete) in late September of 2015. 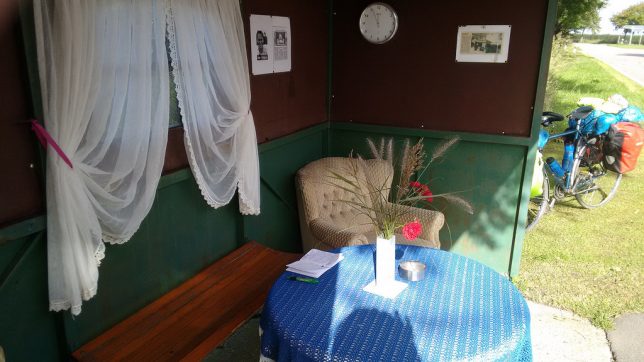 According to the photographer, this superb shelter is “maintained by an elderly lady who lives opposite, this bus shelter is intended to delight and offer a place for weary travelers to rest a while.” 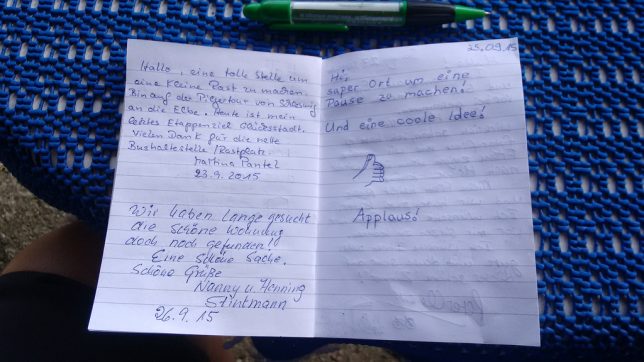 There’s even a “Guest Book” on hand – several, actually – filled with appreciative comments from bemused bus riders and satisfied cyclists. 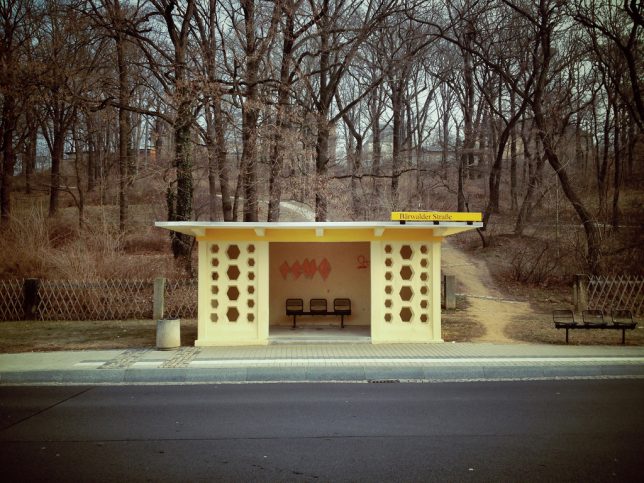 This bus shelter on Barwalder Strasse in Dresden is really too beautiful to be alone, yet here we er, aren’t. Even the (presumed) graffiti above the three seats inside isn’t obtrusive, neither in color nor design. Flickr member macsoapy captured this simply outstanding bus shelter in February of 2012.

Welcome to The Hood 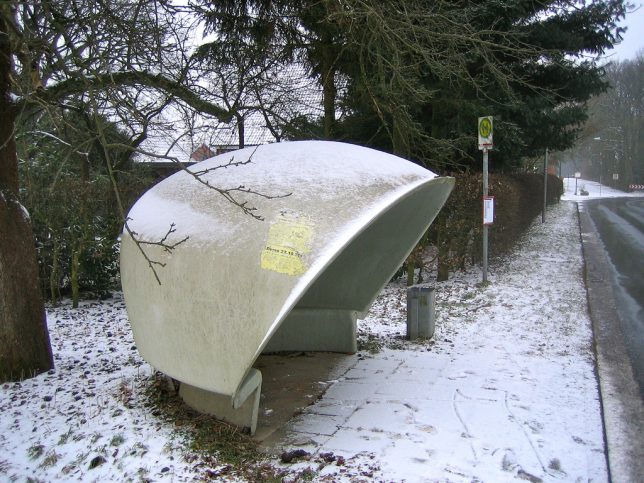 According to Flickr member Prick of Conscience (tendentiousD), “Bus shelters like the one shown here were common in this part (Hallingdorf, Lower Saxony) of Germany, made of a single piece of some composite material, highly durable, and in my experience kept the rain and snow off more effectively than rectilinear shelters.” Indeed, the photographer’s January 2006 shot of the shelter reveals its dry and snow-free interior. 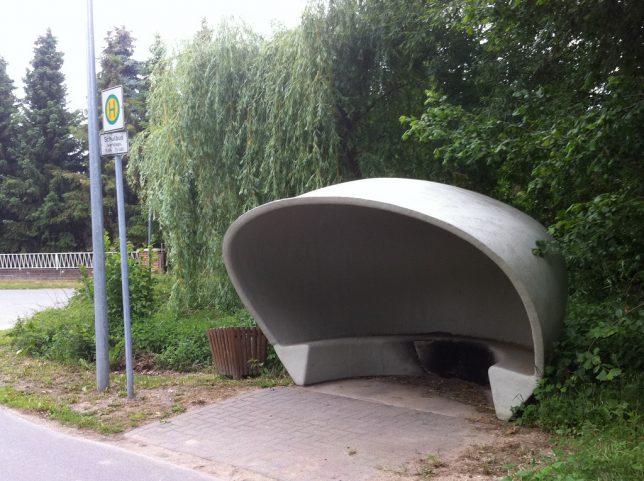 Flickr member Michael Fielitz (michfiel) snapped a very similar hooded bus shelter from Mehre, Lower Saxony, in May of 2011. Though plain and unpainted, these rounded bus shelters seem to discourage graffiti artists much more than those “rectilinear” types.

Shelter from the Storm 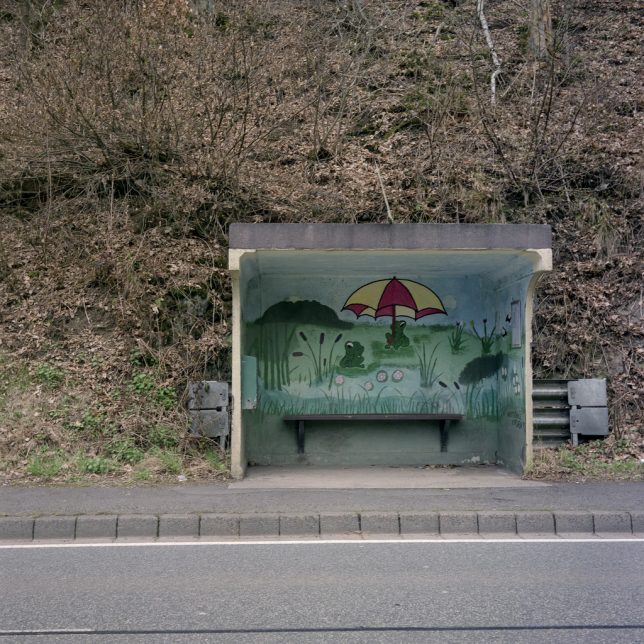 This minimalist bus shelter from Gemeinde Kirchen in Rhineland-Palatinate has been charmingly enhanced by someone who, officially or not, created a delightful escape from the weather – any weather. Flickr member miez! couldn’t resist photo-documenting this miniature world in April of 2012. 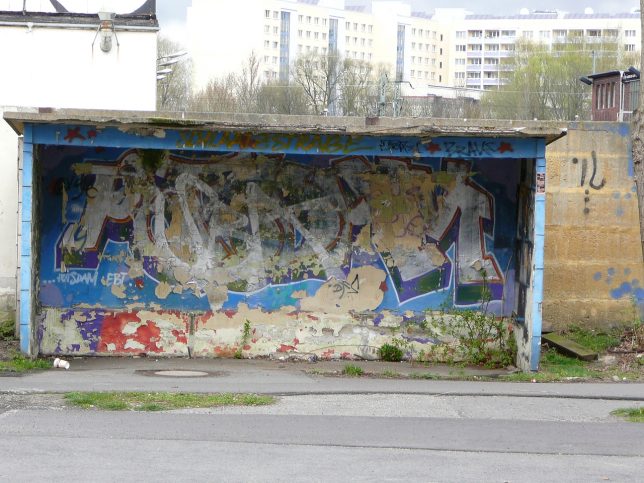 Once upon a time, this bus shelter in Potsdam, just southwest of Berlin may have enclosed a strikingly detailed and brilliantly colorful mural. As of April 2008, however, decay and deterioration exacerbated by northern Germany’s oft-damp climate compounded with the depredations of subsequent graffiti tags have left us with… this. Kudos to Flickr member Metro Centric for capturing what’s left of this rough but still-functional bus shelter.