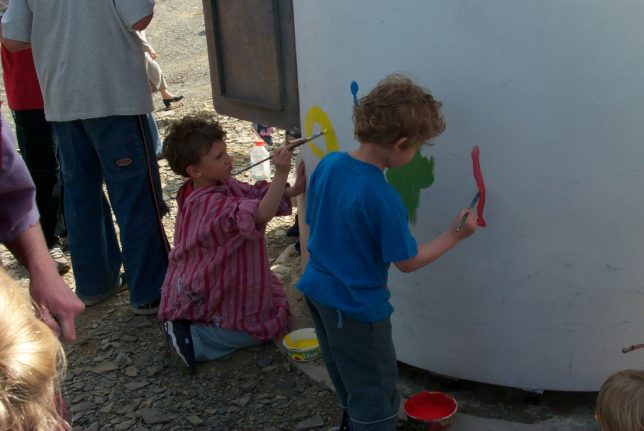 The Centre for Alternative Technology in Powys, Wales, UK was established in 1973 and recently has expanded its purview toward providing information on all aspects of sustainable living. 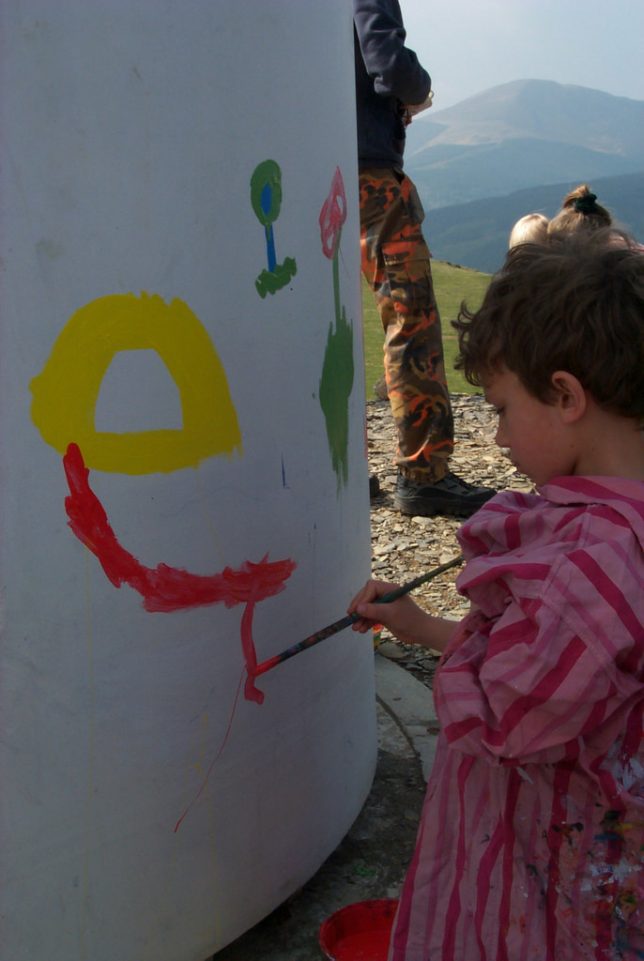 Originally powered by an ad hoc collection of small solar, water and wind energy generators, CAT solved its chronic power needs in 2004 by installing a large wind turbine funded by the sale of shares to the local community. 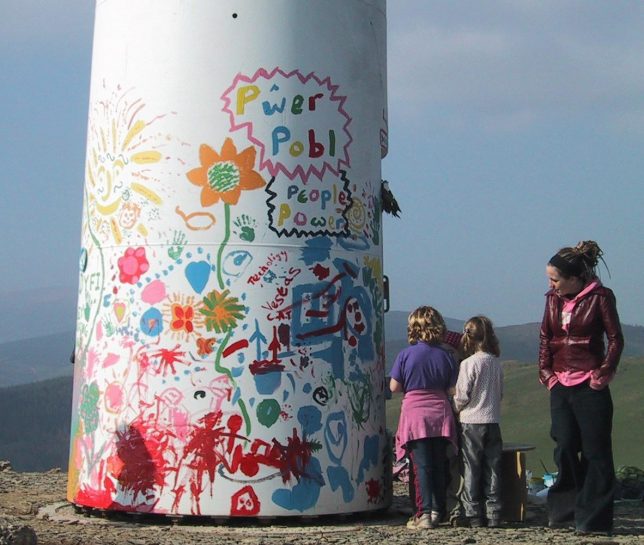 CAT posted a large selection of images documenting the installation and subsequent decoration of their First Community Wind Turbine to Flickr, where it was stated that “Local children decorated the turbine, bringing a bit of colour to the construction.”

Let There Be Wind 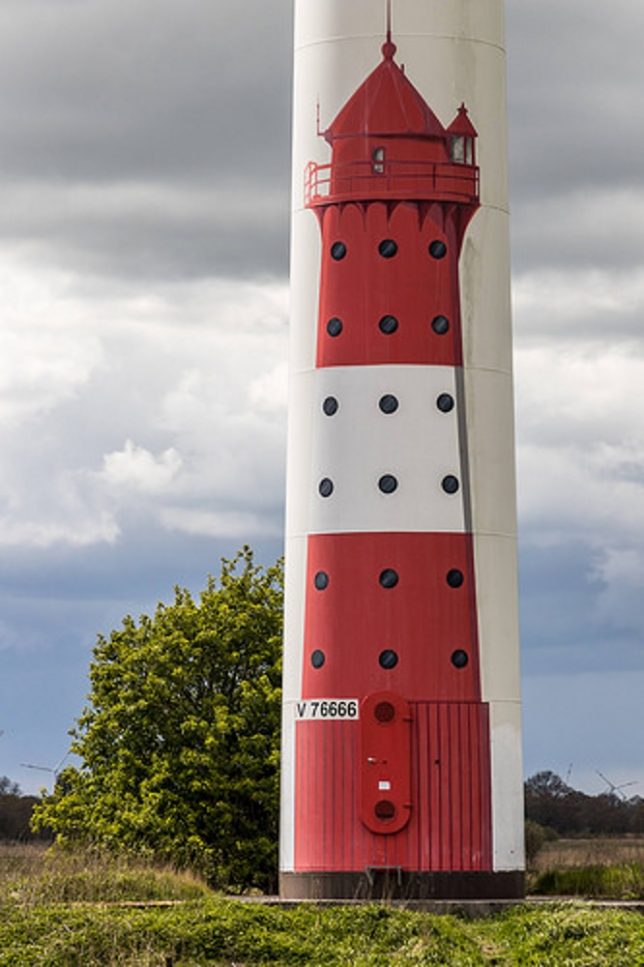 Germany’s historic Ostfriesland (East Frisia) region has always had a lot of lighthouses. More recently, the boom in German wind power has seen the establishment of wind farms due to strong and steady winds coming off the neighboring North Sea. It’s no surprise, therefore, that one wind turbine sports the painted image of a typical red East Frisian lighthouse. Warum nicht beide?, indeed. 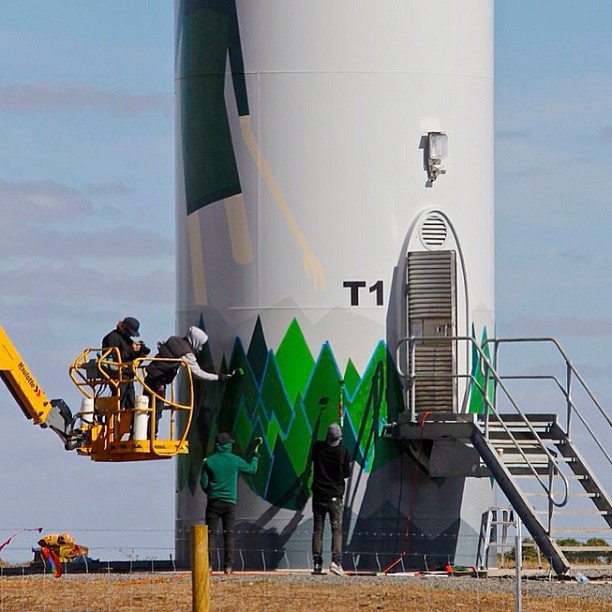 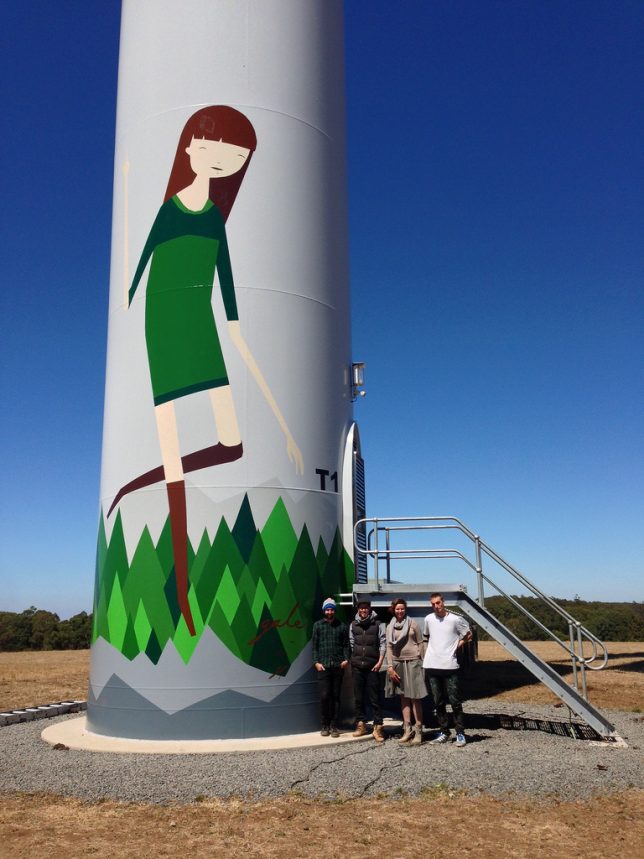 Melbourne based street artist and Flickr member Ghostpatrol painted “Gale” on a wind turbine at Leonards Hill, 10 km (6.25 mi) south of Daylesford in Victoria, in 2013 while about 350 people attended the event. 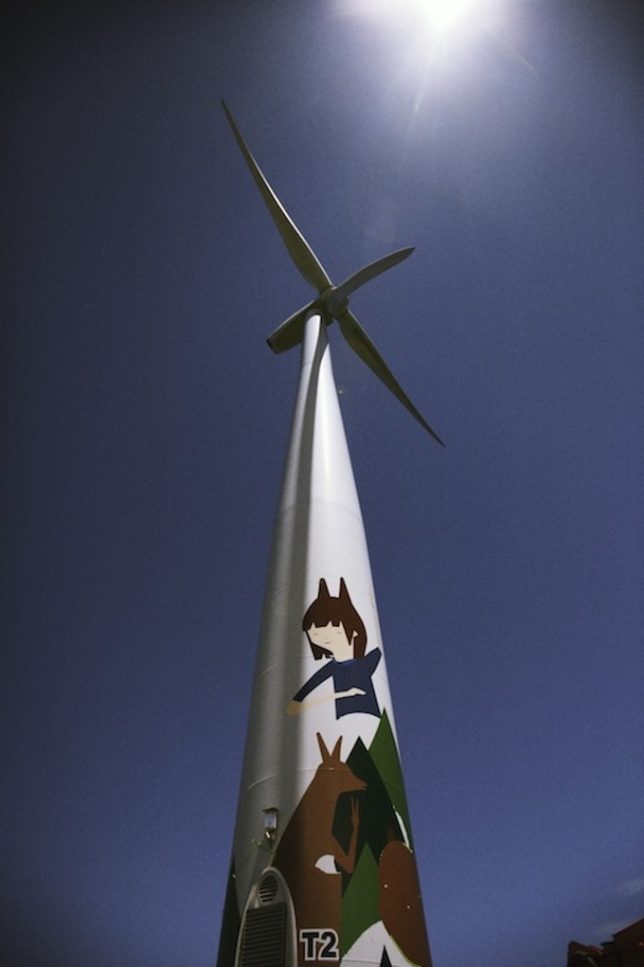 The project was well-received by the community to the point where one of the wind turbines itself was named “Gale”. The other of the two turbines, dubbed “Gusto“, was also painted by Ghostpatrol after AU$10,000 was raised to cover costs.