WindArt Project: Tribute to Renewable Energy was a 2016 project sponsored by German wind turbine manufacturer Senvion to celebrate the construction of the Ancora wind farm in Portugal. 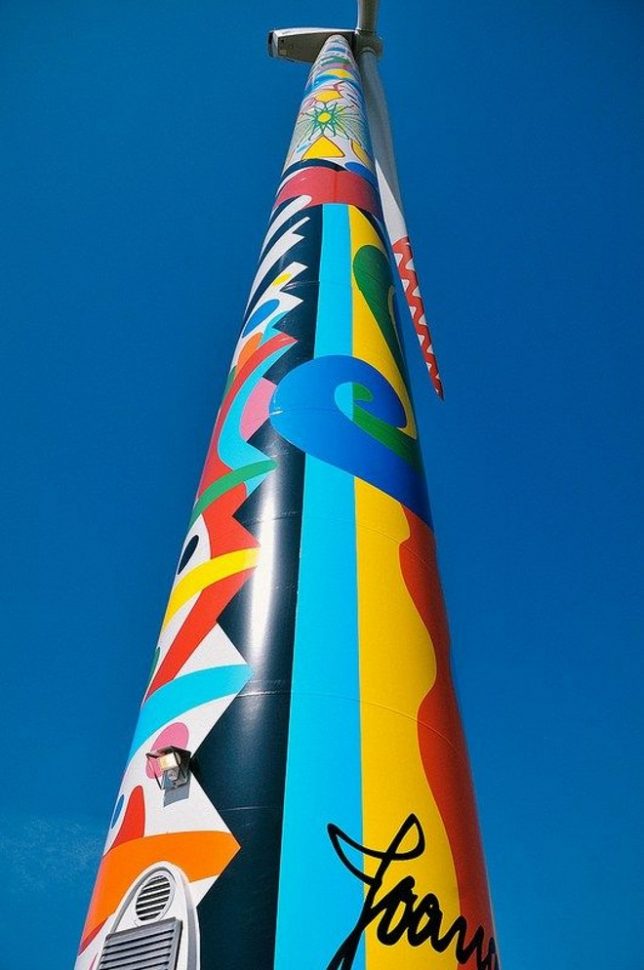 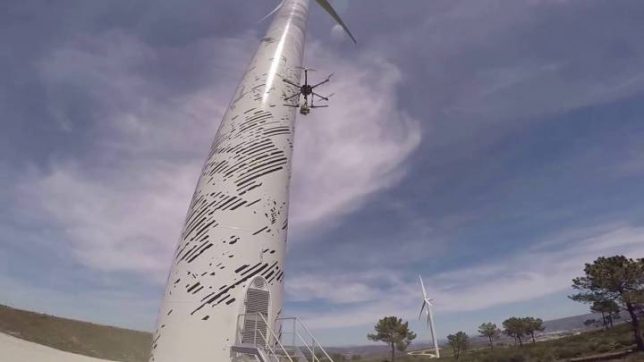 Each artist was given leeway to express their own vision, and indeed the two painted wind turbines couldn’t look more different though each is strikingly beautiful in its own way. This video from Senvion illustrates the difficult yet ultimately rewarding challenge of painting a wind turbine tower. 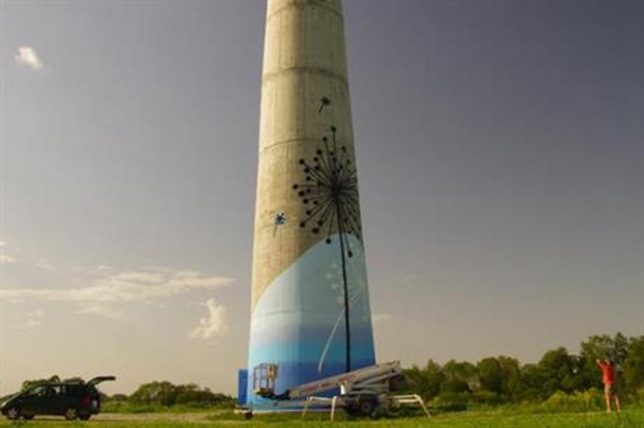 June 15th is Global Wind Day, and in 2014 one of the wind turbines at the Viru-Nigula wind farm in northeastern Estonia was arted-up in style! 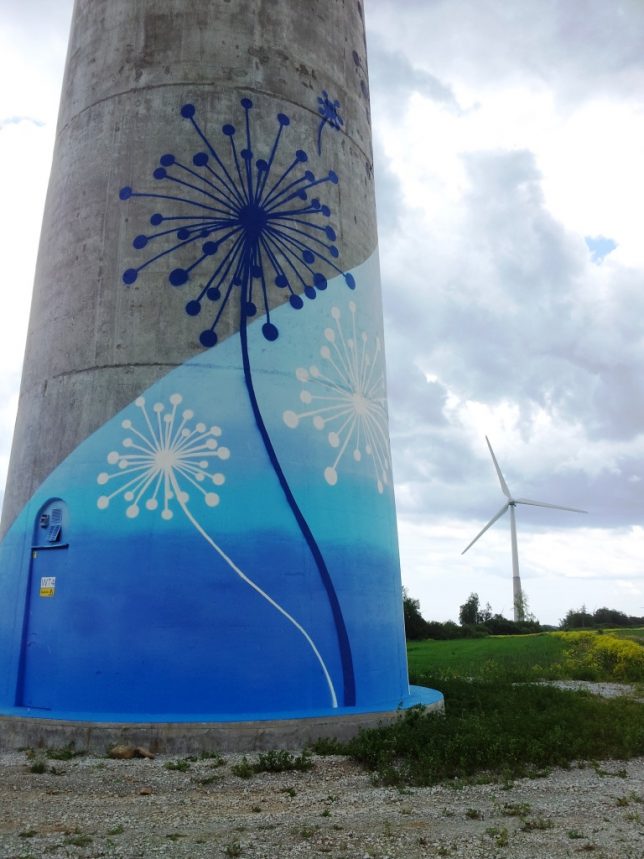 Travelers driving on the nearby Tallinn-Narva highway get a great view of the decorated wind turbine as they pass the wind farm. This high-speed video from tuuleenergia offers a condensed version of the actual painting conducted a few days previously.

They Did It Norway 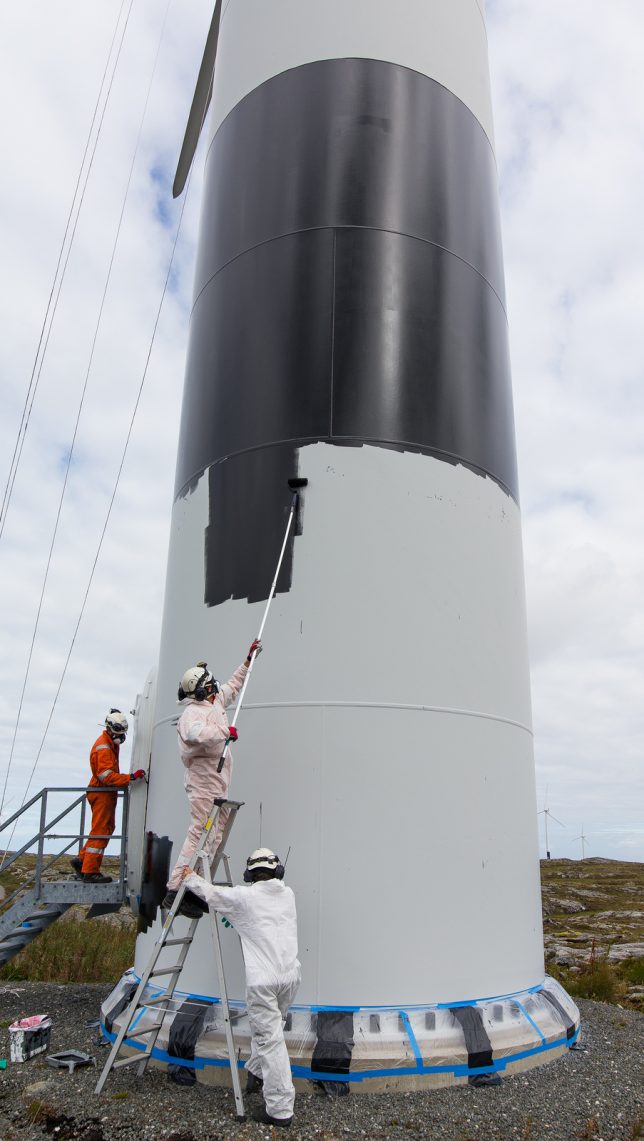 This paint job’s not very artistic but it IS very altruistic – not that there’s anything wrong with that. The Smøla wind farm (located on the Norwegian island of Smøla) was commissioned in 2002 with a second phase coming on line three years later. 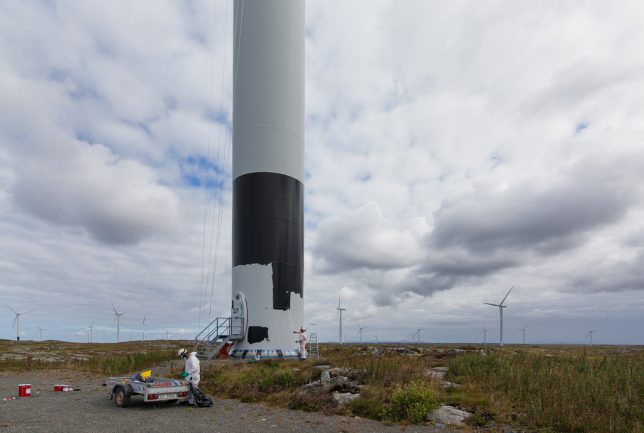 A problem soon became apparent, however: birds, bats and insects were suffering terribly at the hands (blades, actually) of the whirling turbines. 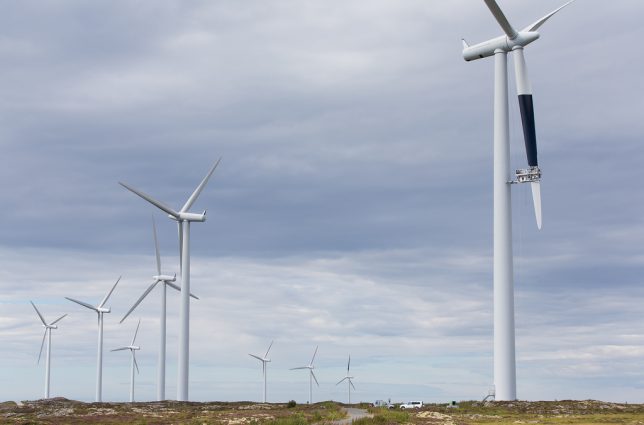 Painting wind turbines pale shades like white, light blue or green helps them blend into the landscape, which is nice for people but not for wildlife. Tests proved that darker shades and contrasting paint jobs reduced the carnage significantly. Purple, in fact, attracts insects (and the animals that eat them) the least, so you might just see violet wind farms springing up in the near future. 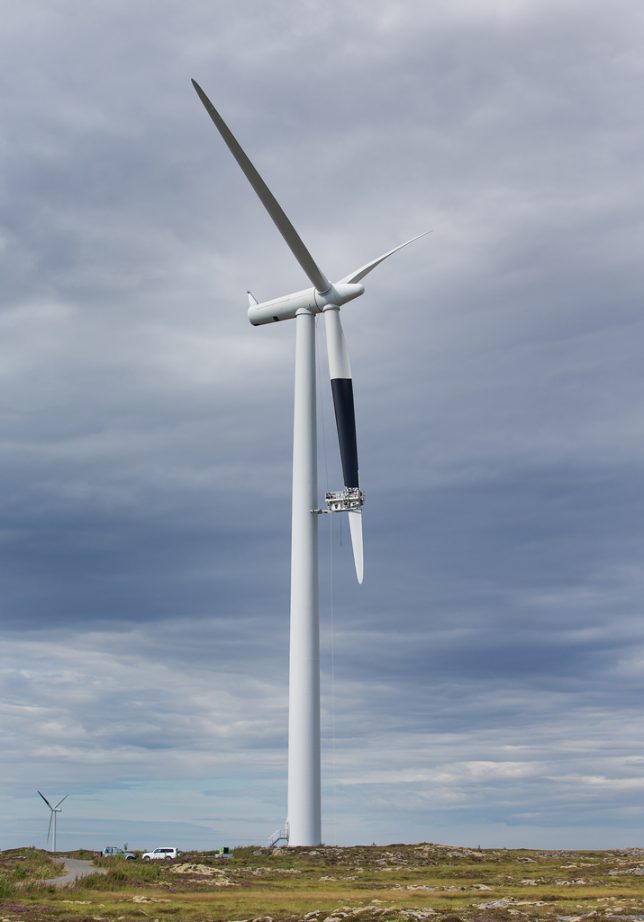 As for Smøla’s 150 MW cluster of wind turbines, crews began slapping on coats of dark paint during the summer of 2013. These images snapped by photographer Espen Lie Dahl and posted to the Flickr account of state-owned power company Statkraft show the work in progress.