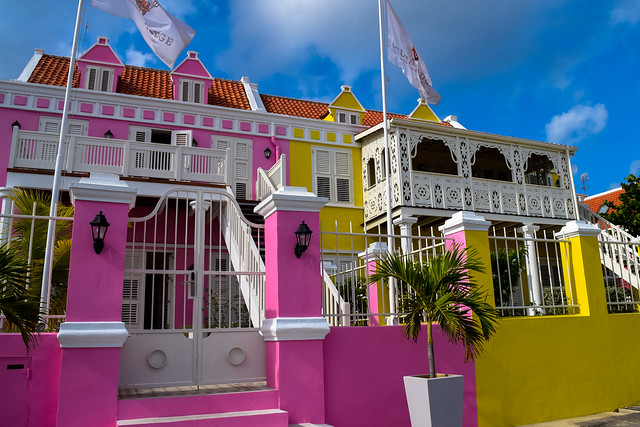 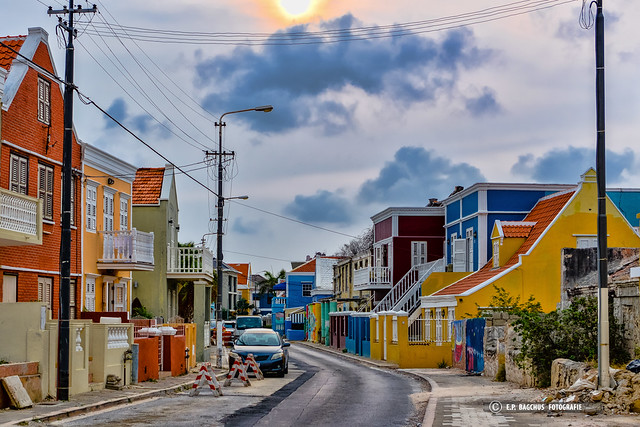 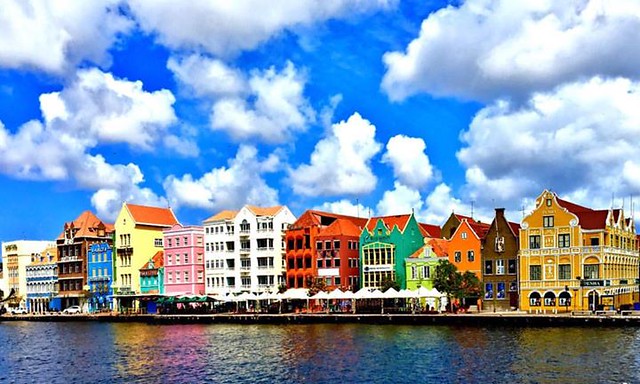 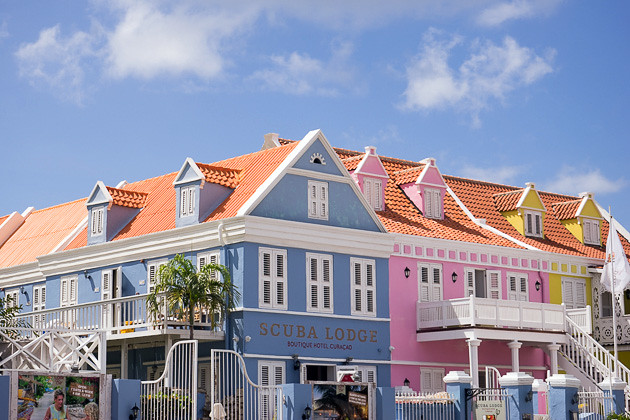 The whims of Mother Nature aren’t exactly kind to places like Curaçao, a Dutch Caribbean island that bakes under the hot sun and frequently finds itself in the path of tropical storms. Buildings here age more quickly than in more forgiving locales. In the city of Willemstad’s Pietermaai District, buildings that could use a little love are temporarily improved by colorful splashes of paint, making it one of the world’s most vibrant neighborhoods. The ornate Dutch-style edifices seen throughout the district were built back in the 1700s when Willemstad was still a bustling seaport and grew too crowded, prompting wealthy merchants to congregate in Pietermaai. Many of the grand old buildings were almost in ruins by the late 1990s, when a revitalization rescued and renovated many of them. The contrast of urban ruins and street art is an intriguing sight. 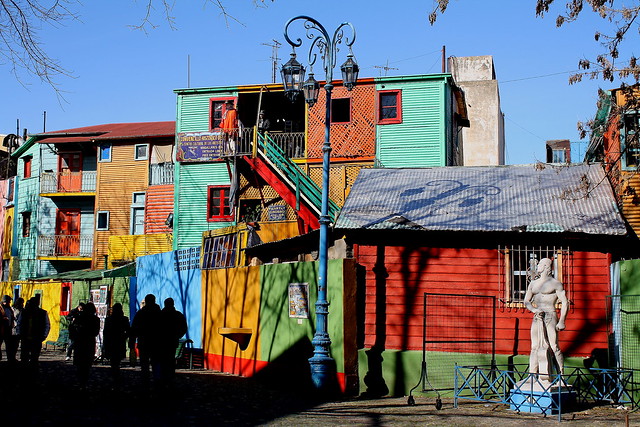 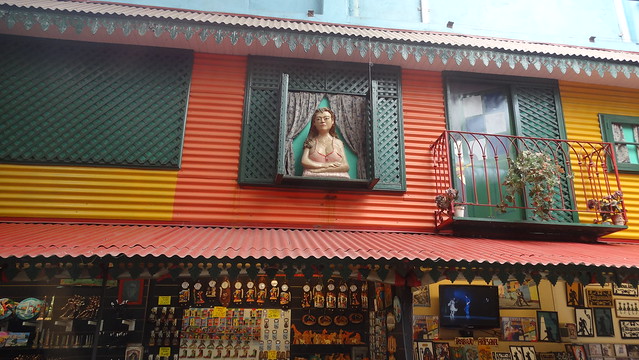 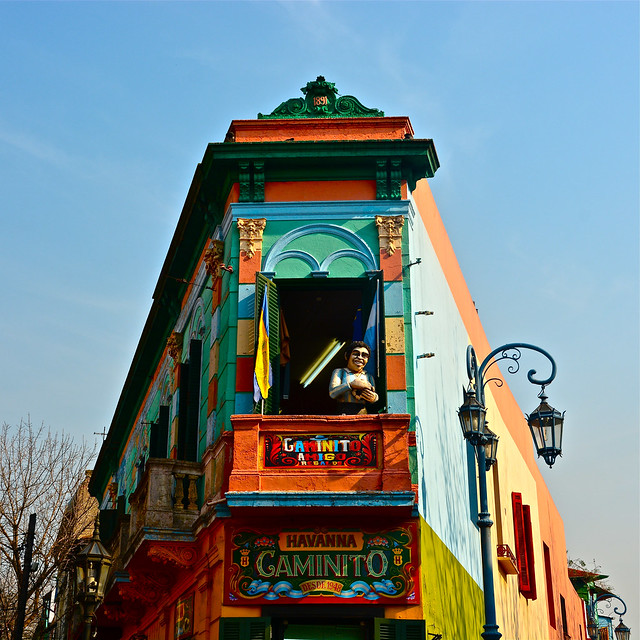 Argentina’s Caminito District is known for its pastel hues. This “little path” in the La Boca neighborhood of Buenos Aires inspired the music for Juan de Dios Filiberto’s famous tango of the same name, written in 1926. In 1960, local artist Benito Quinquela Martín painted the walls of the street, which was largely abandoned at the time, starting a trend that has lasted into the 21st century. The charming little alleyway has been full of artists selling their work ever since, and though it’s a bit of a tourist trap, it’s well worth a stroll. 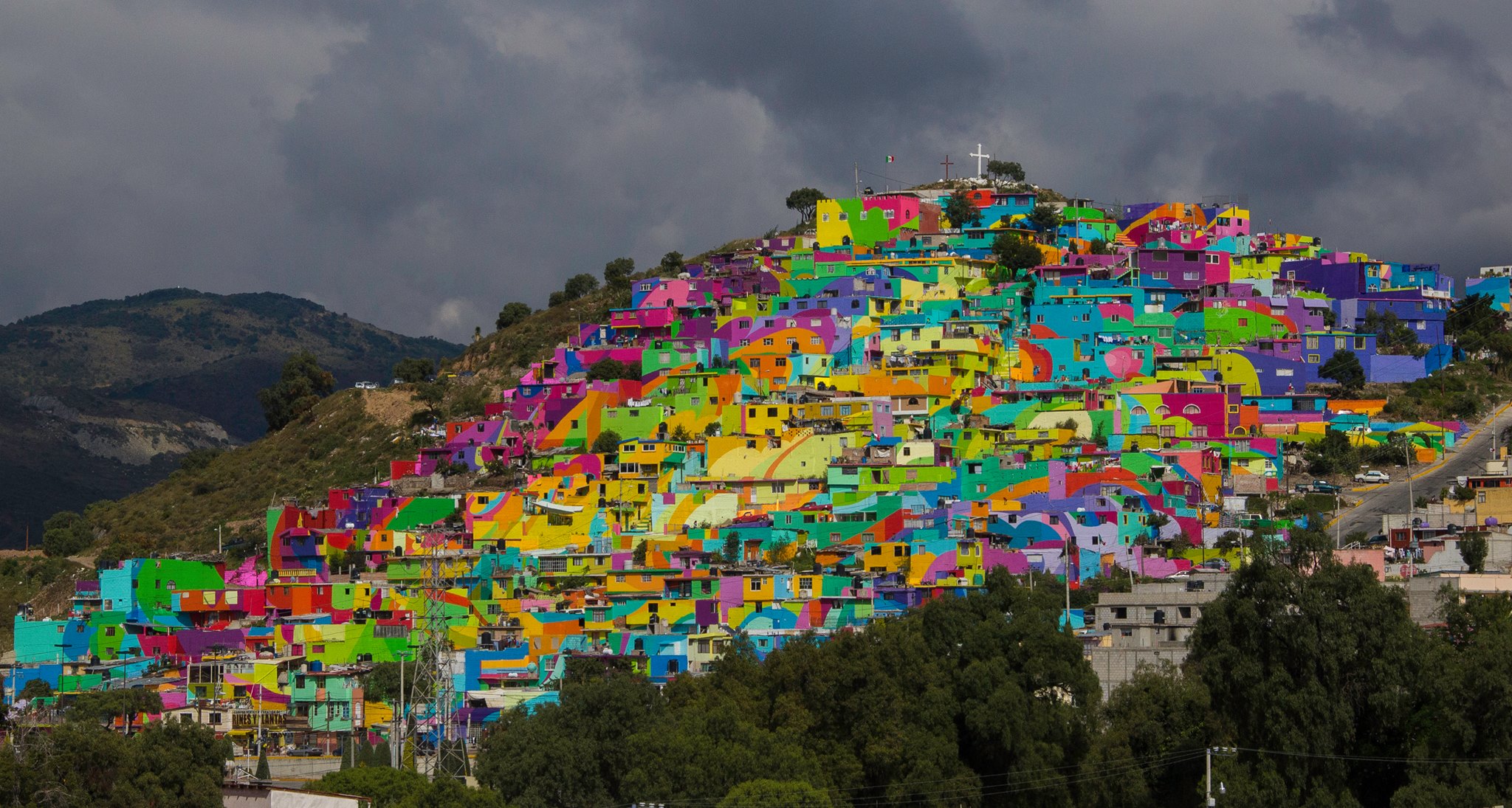 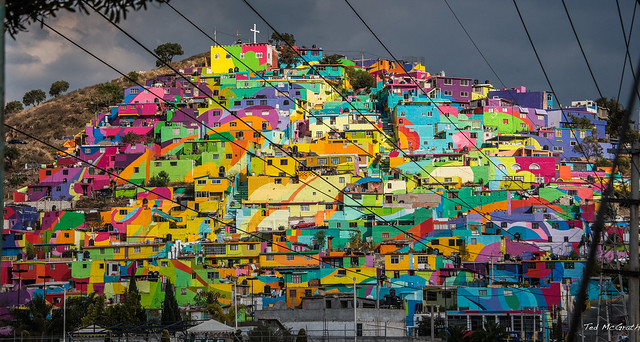 Spreading across 209 homes and 215,000 square feet, Las Palmitas in the Pachuca District of Sinaloa, long known as the ‘Drug Capital of Mexico,’ a massive mural gives the neighborhood a whole new visual character. Completed by Germen Crew, a Mexican collective of ten street artists, the project brought together 452 families on the poverty-plagued hillside to brighten up the landscape together. 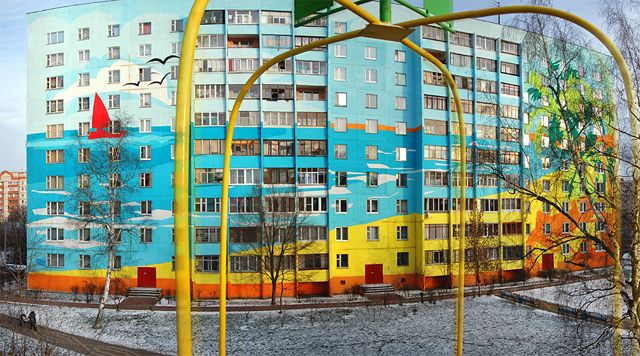 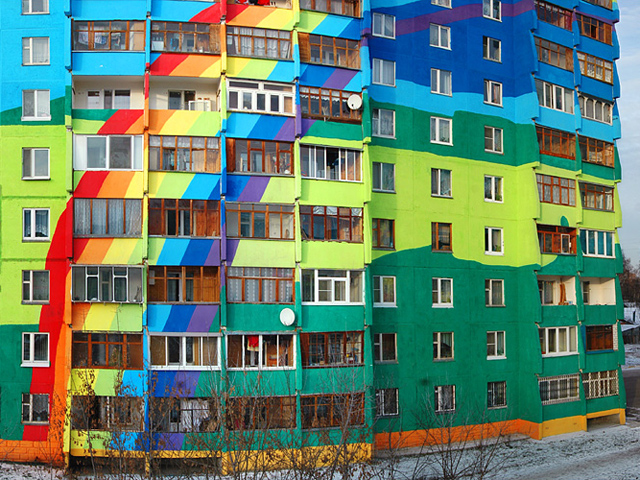 Ramenskoye is a Russian town located about 29 miles southeast of Moscow, named for the Old Slavonic word for “on the edge of forest.” Now, it might just be the brightest spot in the entire sprawling country. The city of 100,000 was one of the largest in the Russian Empire when its economy thrived on its textile factory in the 18th century. It may be a little more modest today, but a colorful apartment building project implemented in the year 2000 keeps it in the eye of the international public. Many of the vibrant designs painted on the facades of the apartments are based on old Soviet cartoons. The result is a far cry from the drab appearance of man old USSR-era buildings. 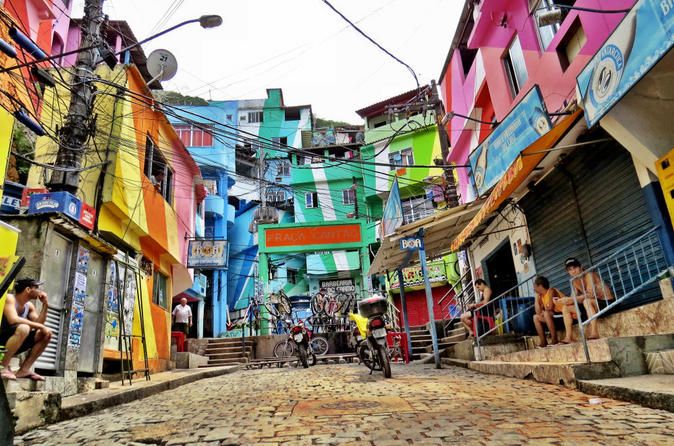 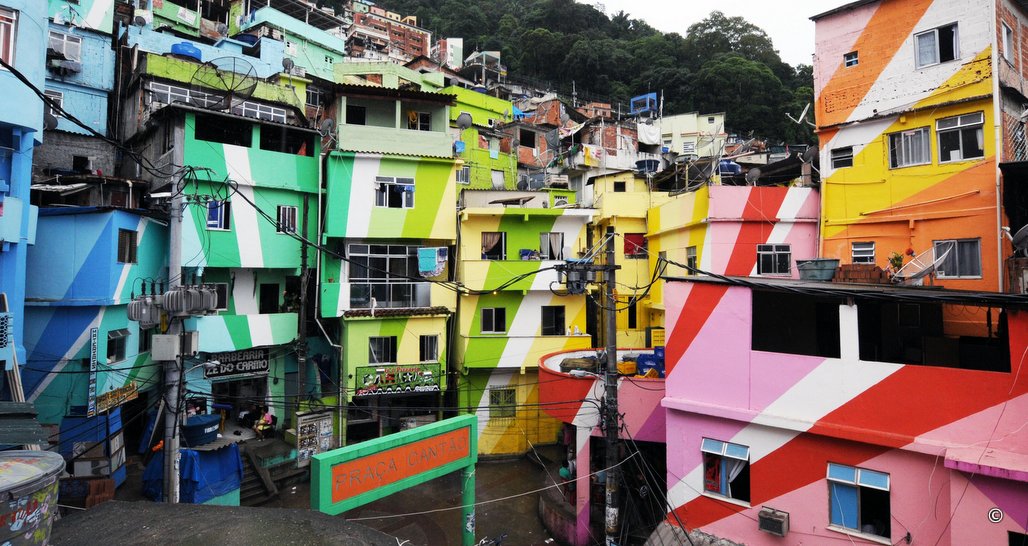 A Dutch duo of street artists named Jeroen Koolhaas and Dre Urhahn (Haas & Hahn) gave a similar treatment to one of Rio de Janeiro’s most notorious neighborhoods with the Favela Painting Project. Santa Marta is now completely transformed after the artists enlisted the help of locals to cover nearly every structure with a wash of cheerful color.

“Using a flexible concept of colorful rays which can easily be expanded, we made a design for the houses around the square and part of the street, including the local Sambaschool. A group of local inhabitants were instructed by trainers from TintasCoral as part of the project ‘Tudo de Cor para Santa Marta.’ They were taught everything from different types of paint to safety measures about working on scaffolding. During the hard month of work they received an education as well as a paycheck.”