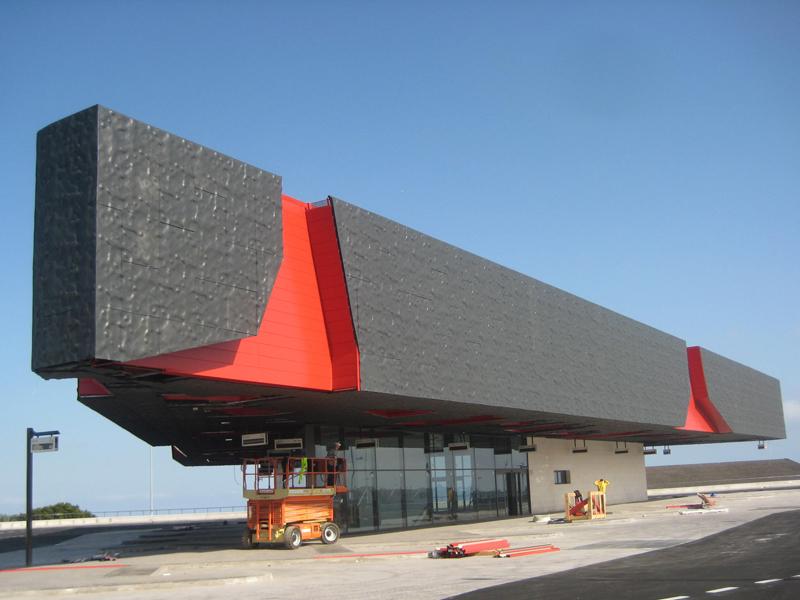 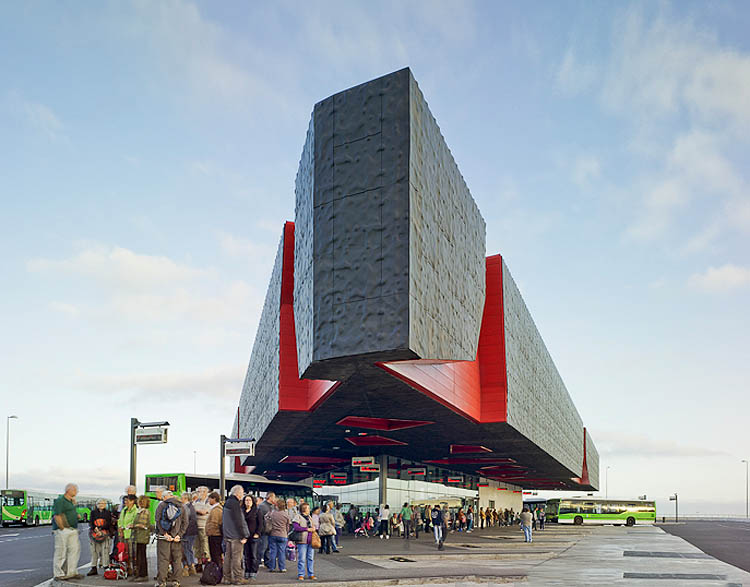 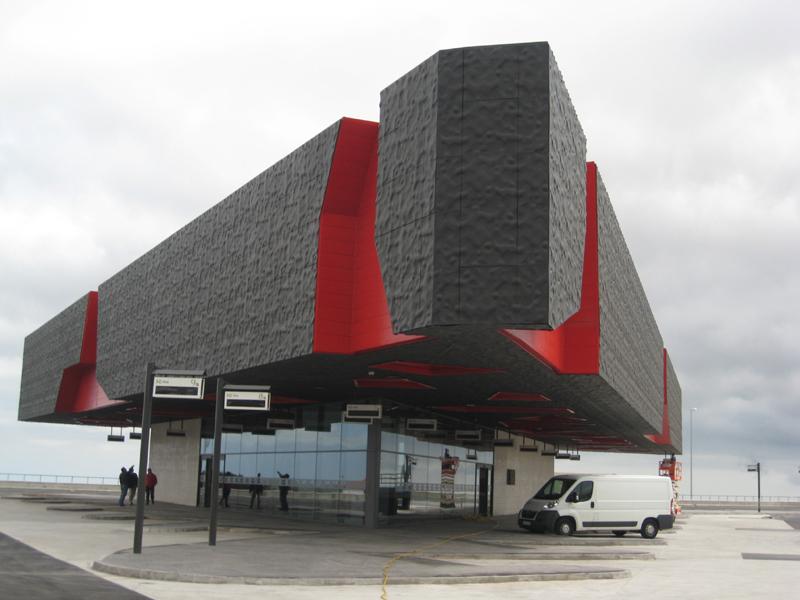 Thanks in particular to its glassy base, the cantilevered Intercambiador Padre Anchieta bus shelter in Tenerife looks more than a little bit like a mysterious ship from another planet hovering just over the surface of the Earth. Designed by Spanish architect Eustáquio Martínez, the shelter effectively shields hundreds of commuters from the weather and gives them something interesting to look at while they wait. 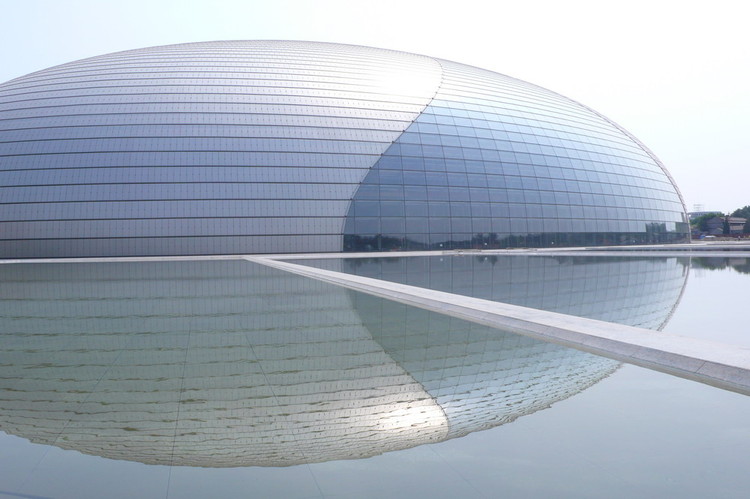 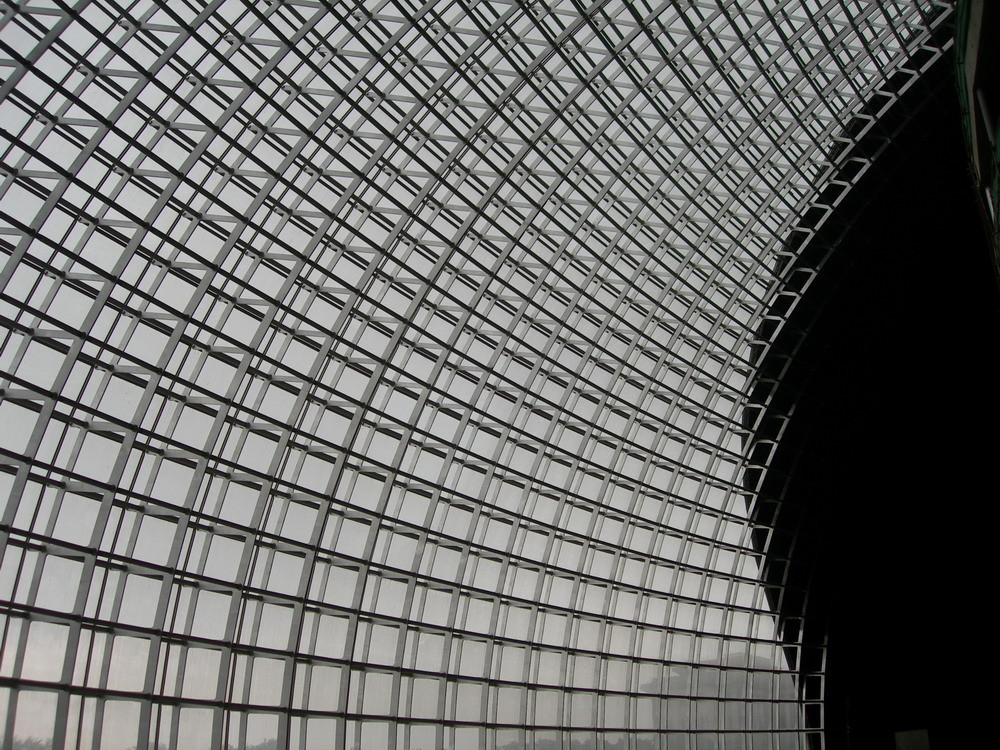 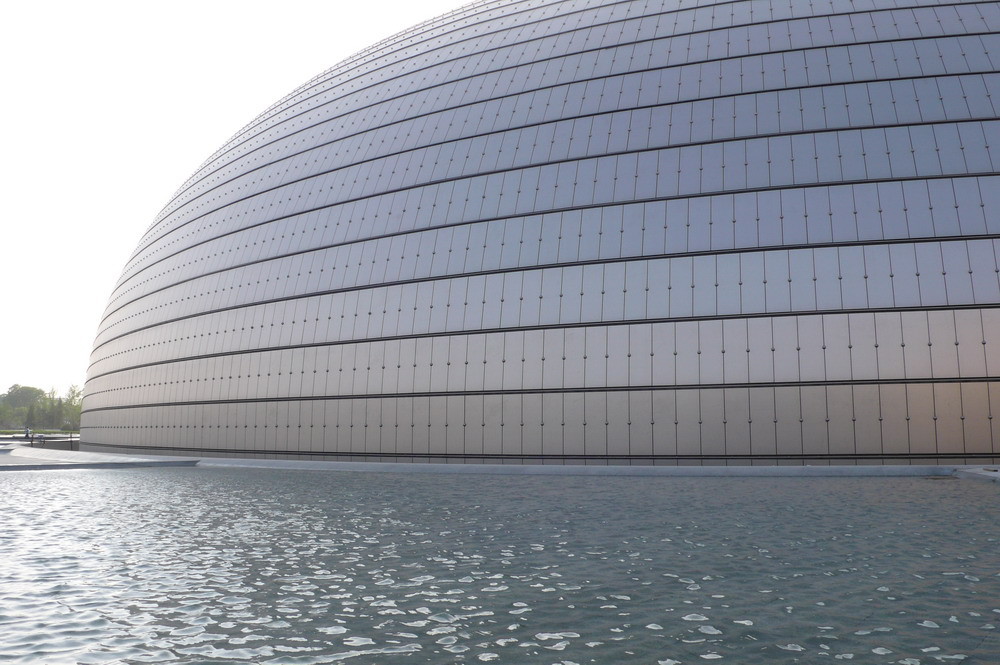 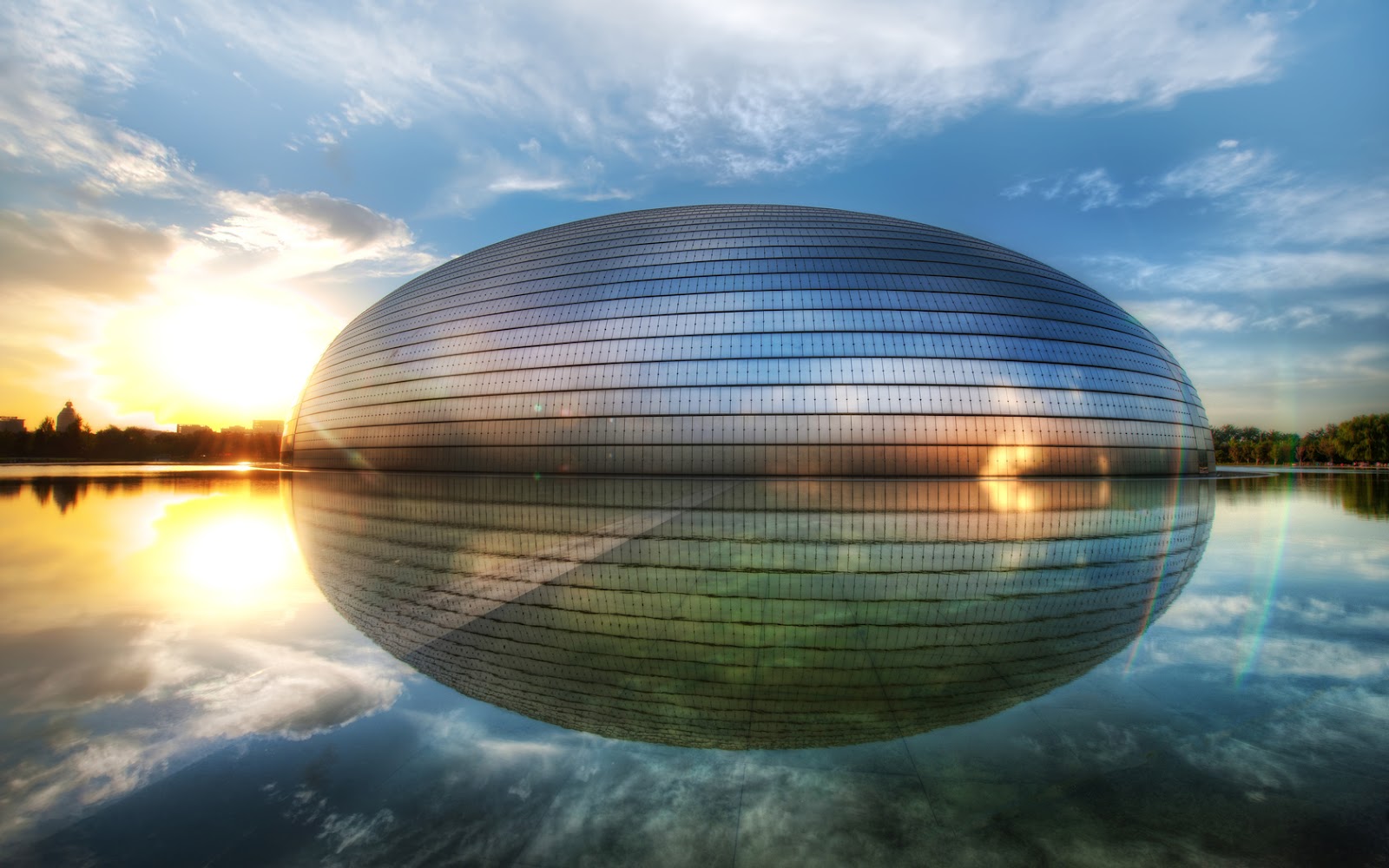 The reflecting pool that surrounds the National Grand Theater in Beijing by Paul Andreu gives the structure the appearance of a massive floating egg as you approach. Conceived as an island, the curved building features a titanium shell divided in two by a curved glass roof in the center. The building houses three performance auditoriums as well as art and exhibition spaces. 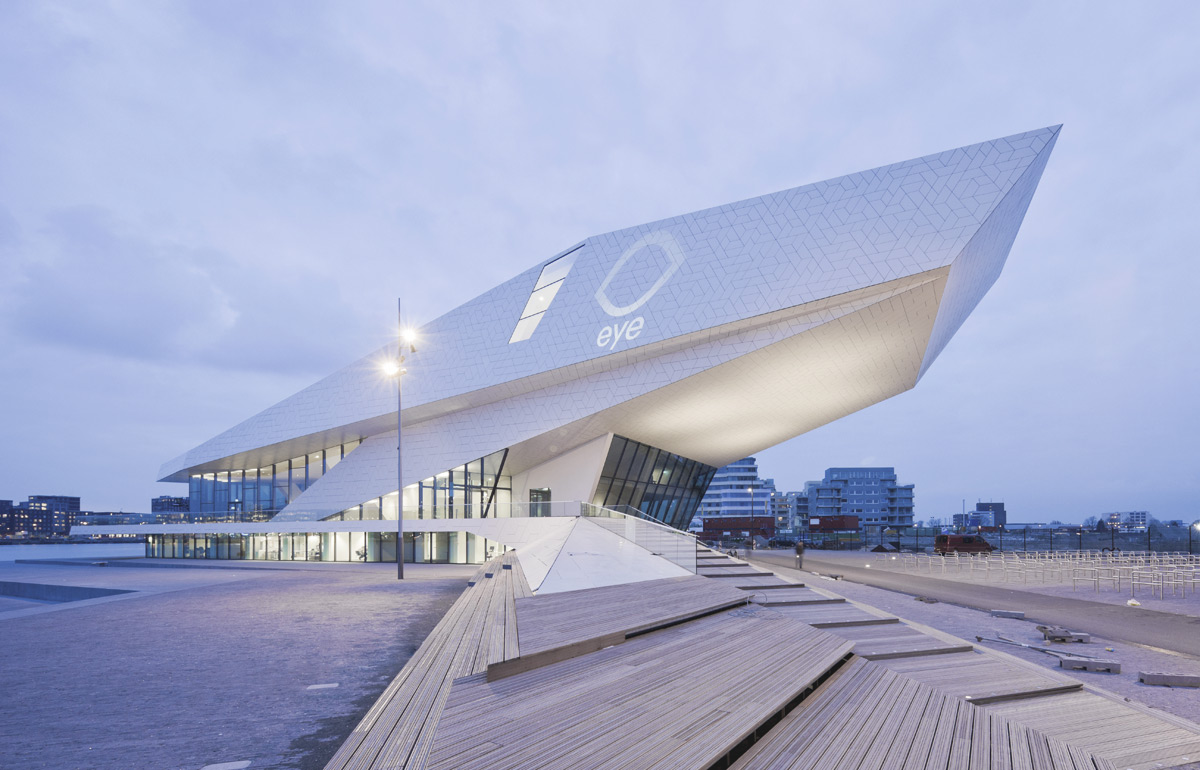 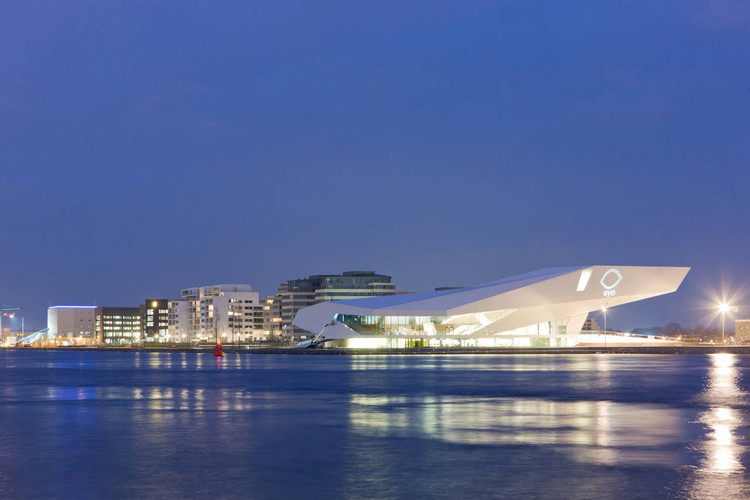 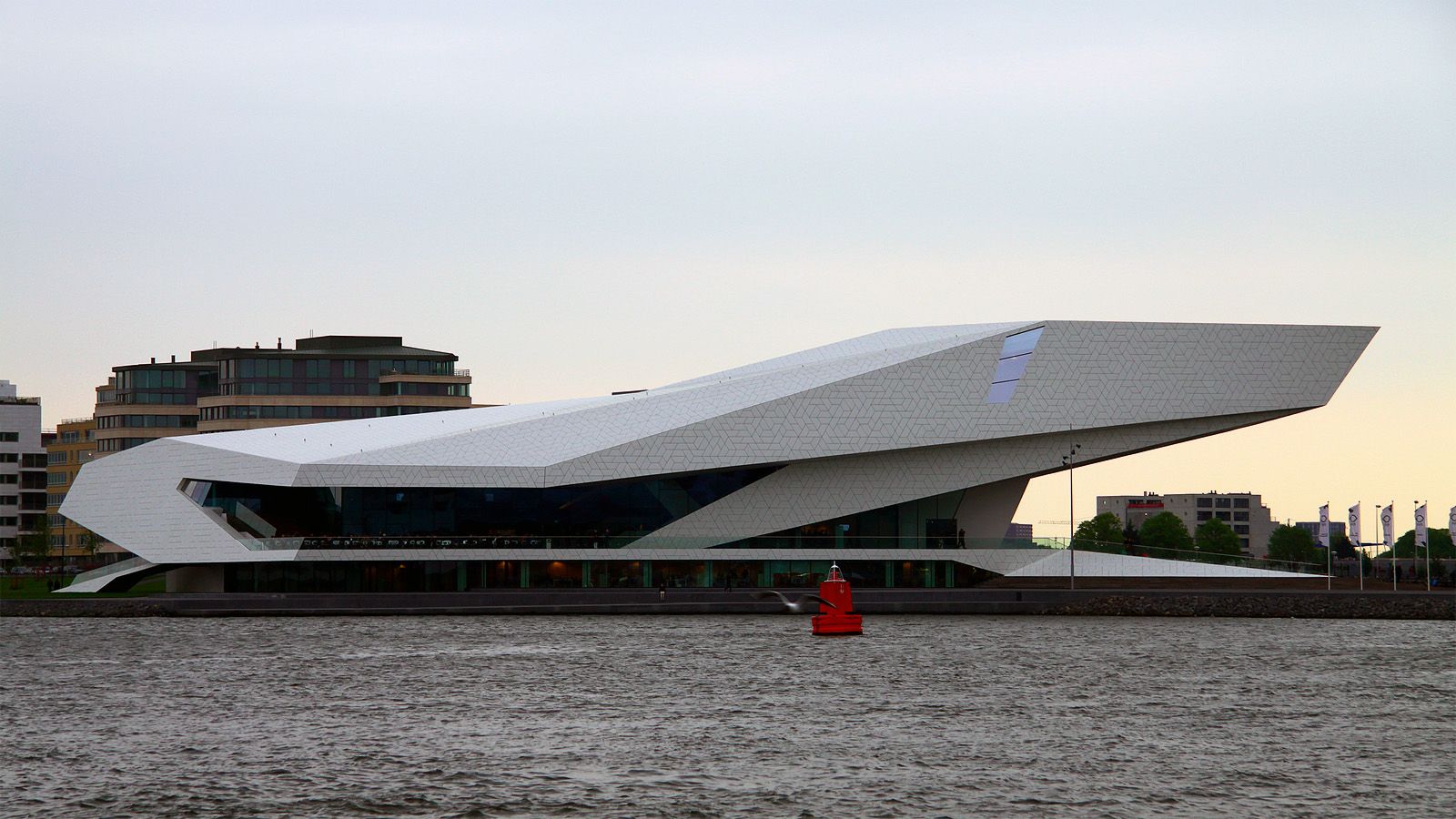 For ‘EYE,’ a new Dutch film institute in Amsterdam, Delugan Meissl Architects envisioned a structure that overlays key qualities of both architecture and film, noting that film is an illusion created by coordination of light, space and movement that becomes real by projection, while architecture is seen and understood through the interplay of these same components.

“Both the Eye Film Institute’s concept and urban implementation are based on an overlay of two creative disciplines which have at their core reality and fiction, illusion and real experience,” they say. “The building concept becomes the storyboard, the architecture the scenography. By delivering a dynamic interplay, the building’s assigned role oscillates between acting as the urban scenery’s protagonist and as a dramaturgical element placed in front of a heterogenous landscape setting.” 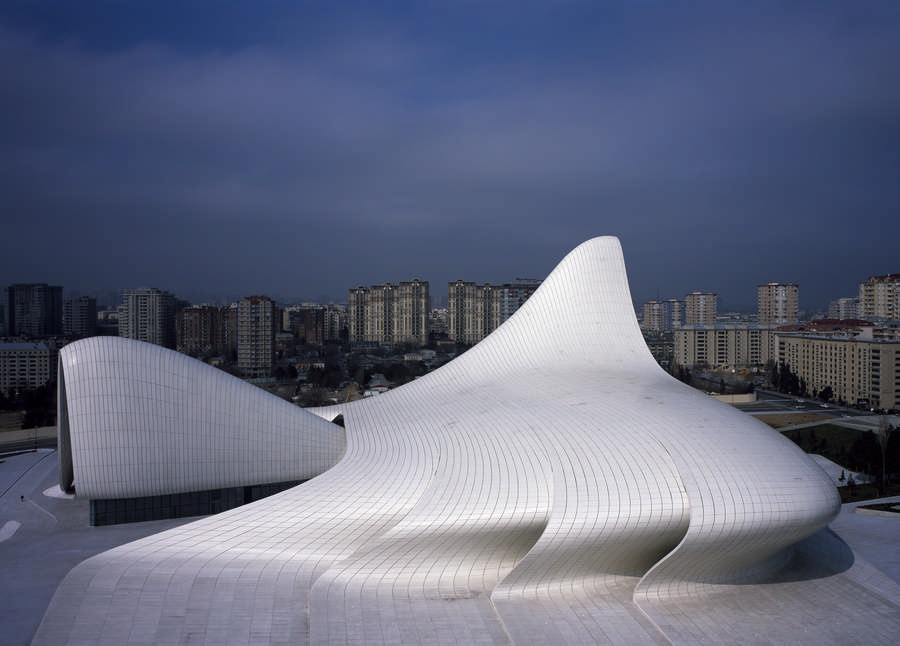 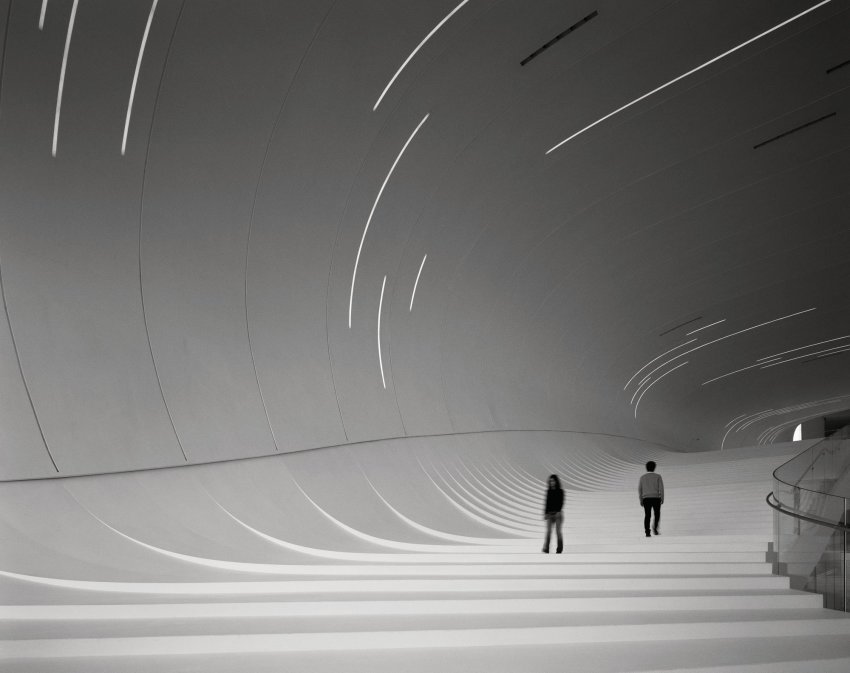 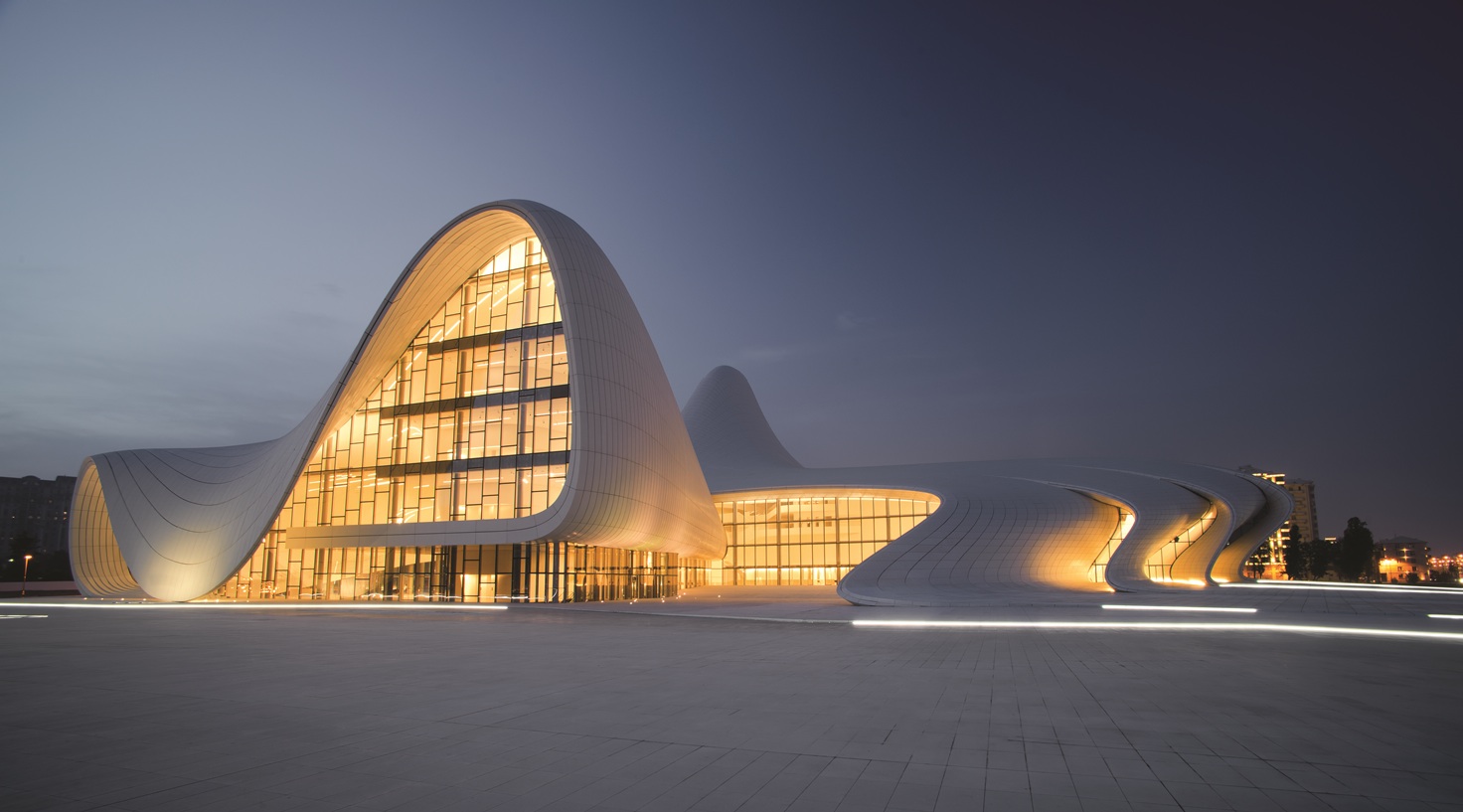 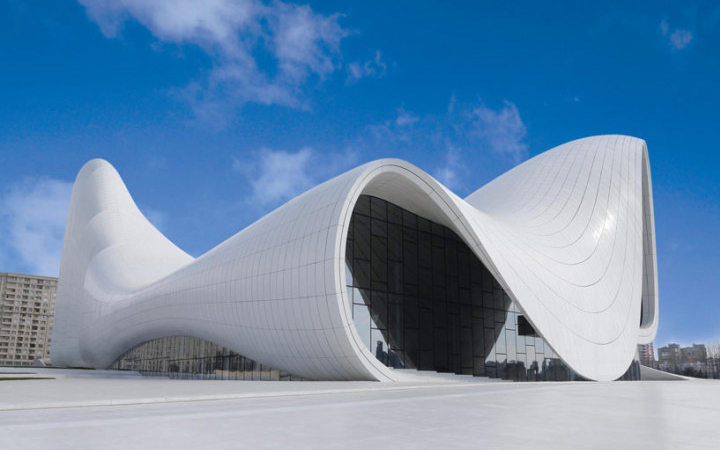 Most of the architecture in the Azerbaijan capital of Baku dates back to the Soviet era, giving it a very particular sort of look and vibe. Zaha Hadid created a sharp but not discordant contrast with the Heydar Aliyev Cultural Center, completed in 2012. Designed to act as the primary building for the nation’s cultural programs, the new structure “breaks from the rigid and often monumental Soviet architecture that is so prevalent in Baku, aspiring instead to express the sensibilities of Azeri culture and the optimism of a nation that looks to the future.”