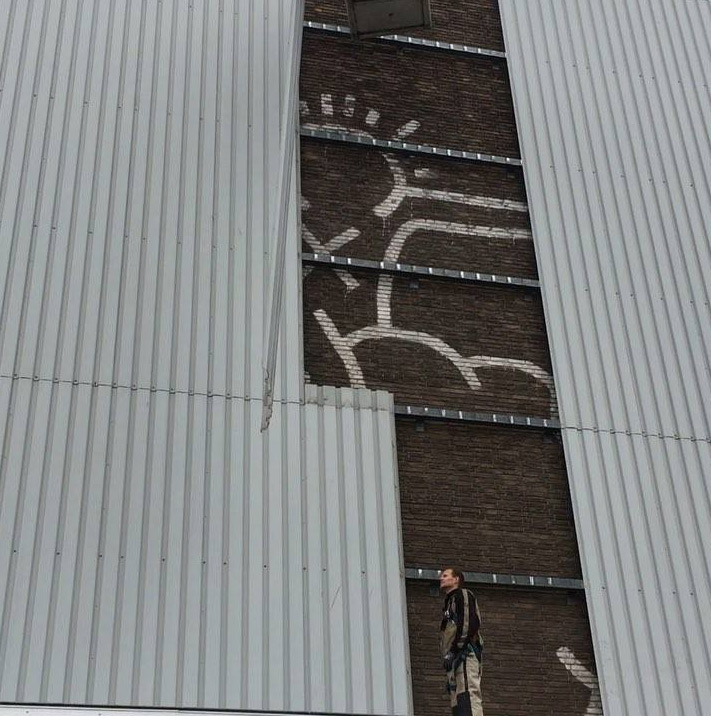 Originally painted in 1968 on the side of an Amsterdam museum building, this Keith Haring mural was covered in a subsequent renovation before recently being revealed once again to the public. 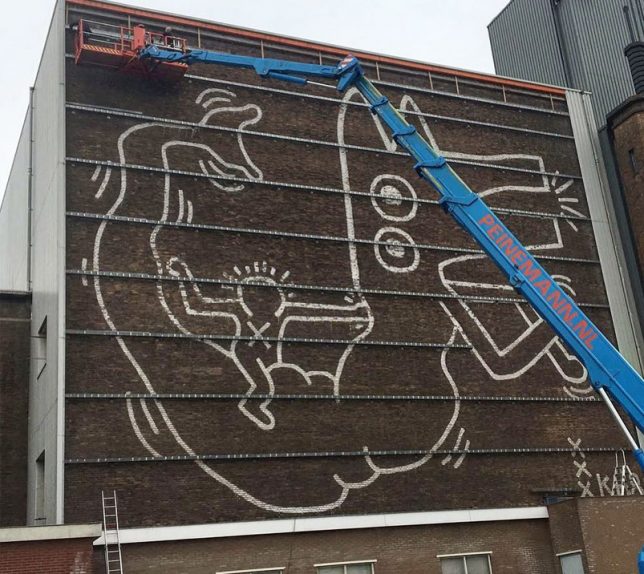 Standing 40 feet high, the drawing was added to complement an indoor exhibit at the Stedelijk Museum. A new layer to the exterior facade, however, later shrouded it from view for decades to follow. 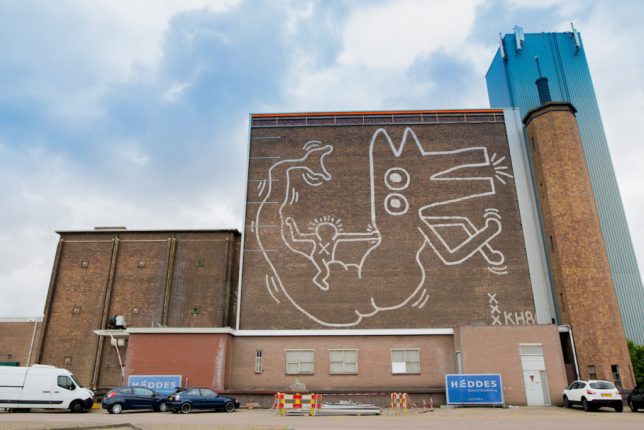 For years, other artists like Mick La Rock have been pushing to expose the art once again. Finally, a move by the museum itself out of the building made that possible — the climate-controlling panels were no longer needed. In the end, the conversion of the structure to a grocery store from a museum enabled this reveal. 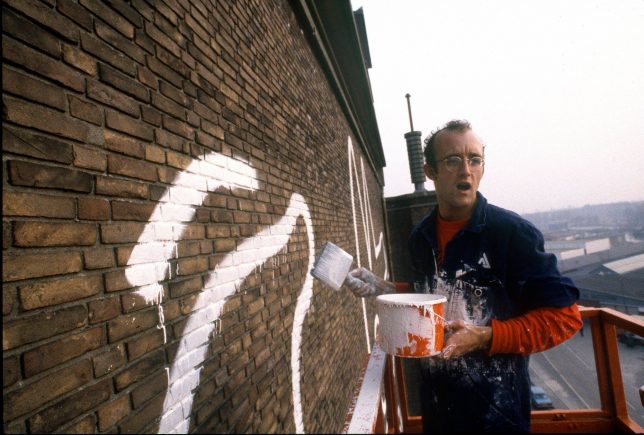 The original work is Haring’s largest in Europe. Created over a period of two days, it features a mythical creature and figures common to the artist’s work. More about the artist: “Keith Haring was born on May 4, 1958 in Reading, Pennsylvania, and was raised in nearby Kutztown, Pennsylvania. He developed a love for drawing at a very early age, learning basic cartooning skills from his father and from the popular culture around him, such as Dr. Seuss and Walt Disney.”

“In addition to being impressed by the innovation and energy of his contemporaries, Haring was also inspired by the work of Jean Dubuffet, Pierre Alechinsky, William Burroughs, Brion Gysin and Robert Henri’s manifesto The Art Spirit, which asserted the fundamental independence of the artist. With these influences Haring was able to push his own youthful impulses toward a singular kind of graphic expression based on the primacy of the line.”