An optical illusion mural affixed to the facade of a medieval fortress in France is no less controversial for its temporary nature, even though the piece is not quite what it seems at first glance. Those aren’t swaths of paint defacing the UNESCO World Heritage Site in Carcassonne, Southern France – they’re ribbons of thin aluminum, which can be easily removed when the installation is taken down in September.

‘Concentric Eccentric’ by Felice Varini continues the artist’s tradition of creating large-scale perspectival pieces in urban environments, and it’s all the more stunning for the contrast it creates. 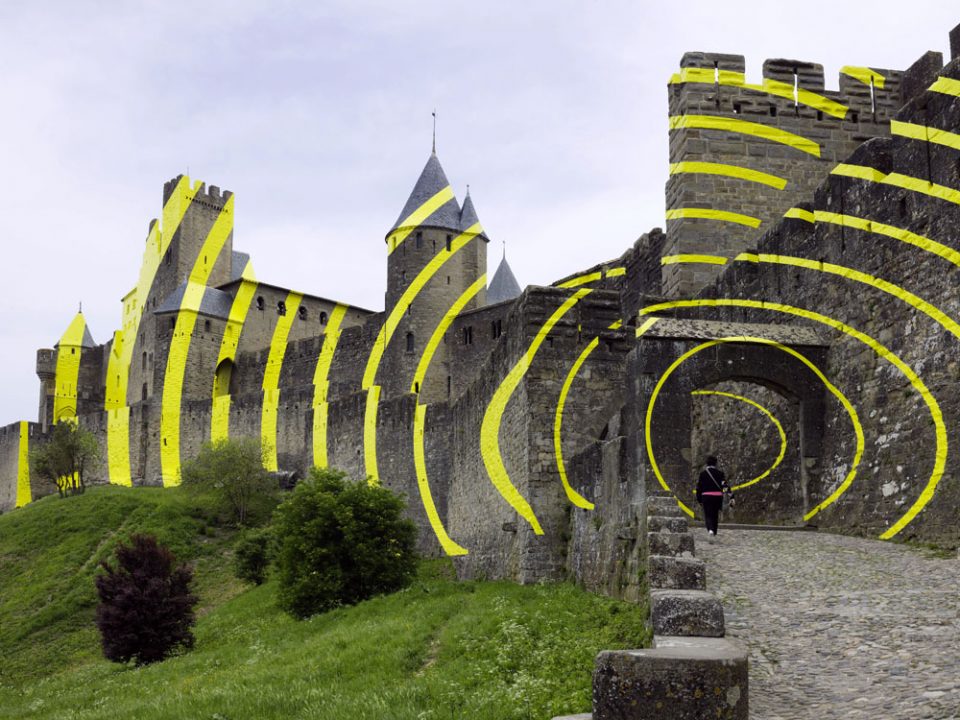 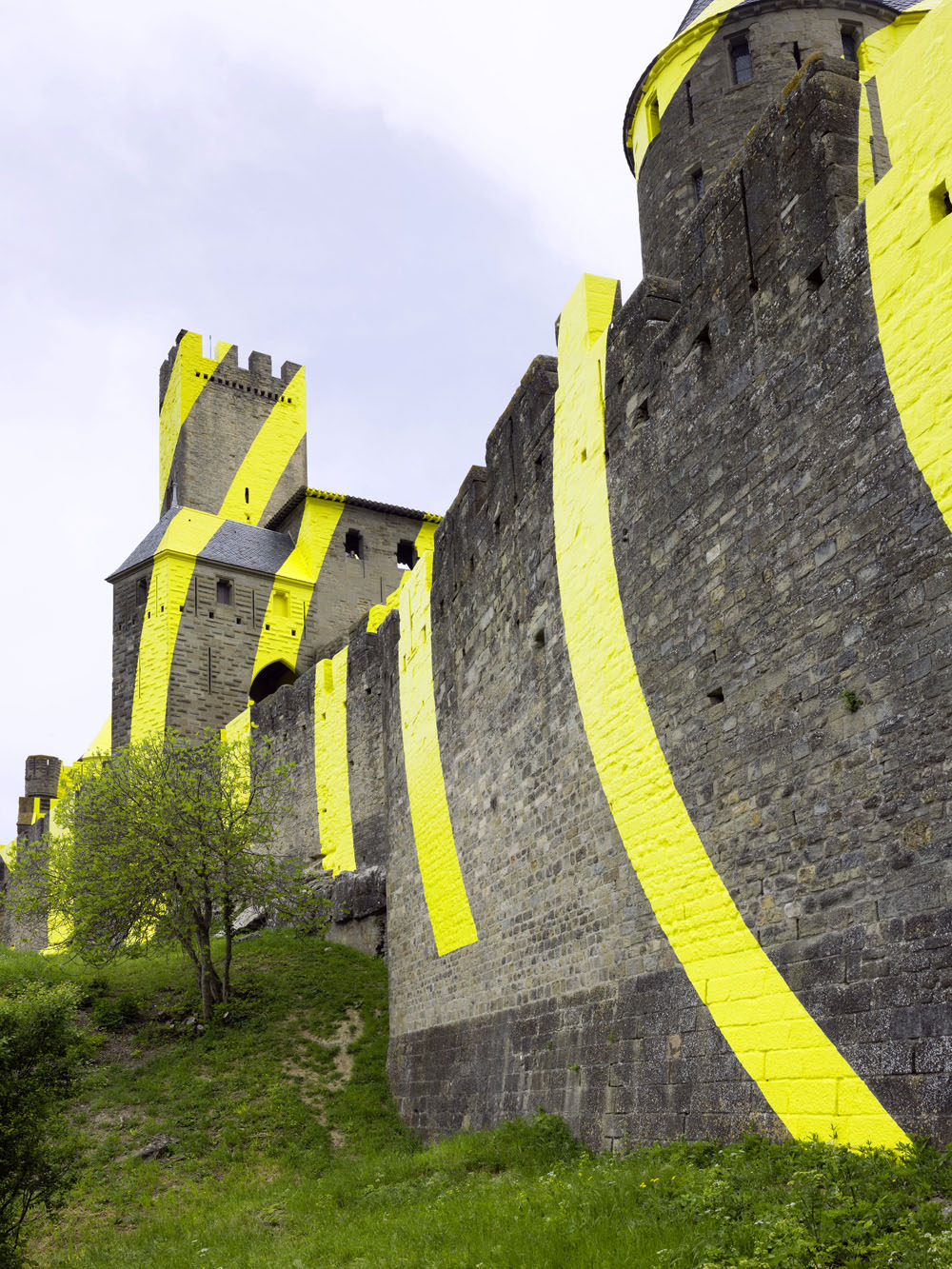 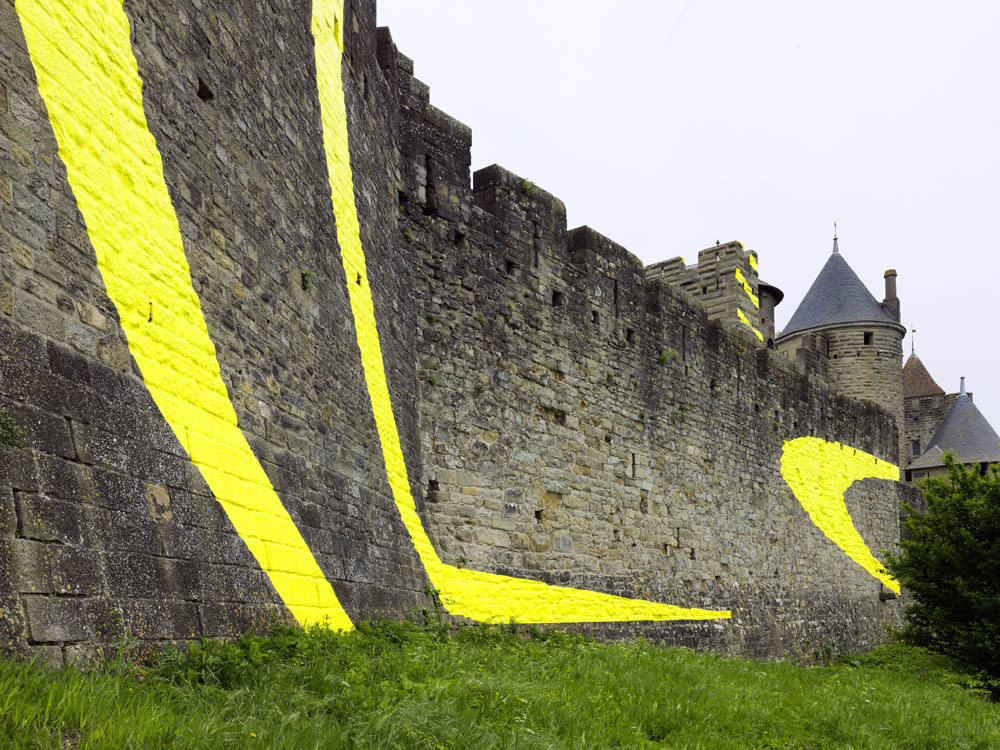 Fifteen yellow circles radiate out from the entrance to the fortress, drawing in the many tourists who flock to Carcassonne for its picturesque scenery and wine. The installation celebrates the 20-year anniversary of the monument’s UNESCO designation. While the design echoes much of Varini’s past work, it also complements the design of the fortress itself, which consists of two concentric outer walls, 53 towers and barbicans (fortified entrances) to prevent attacks during sieges, the first known use of the technique. 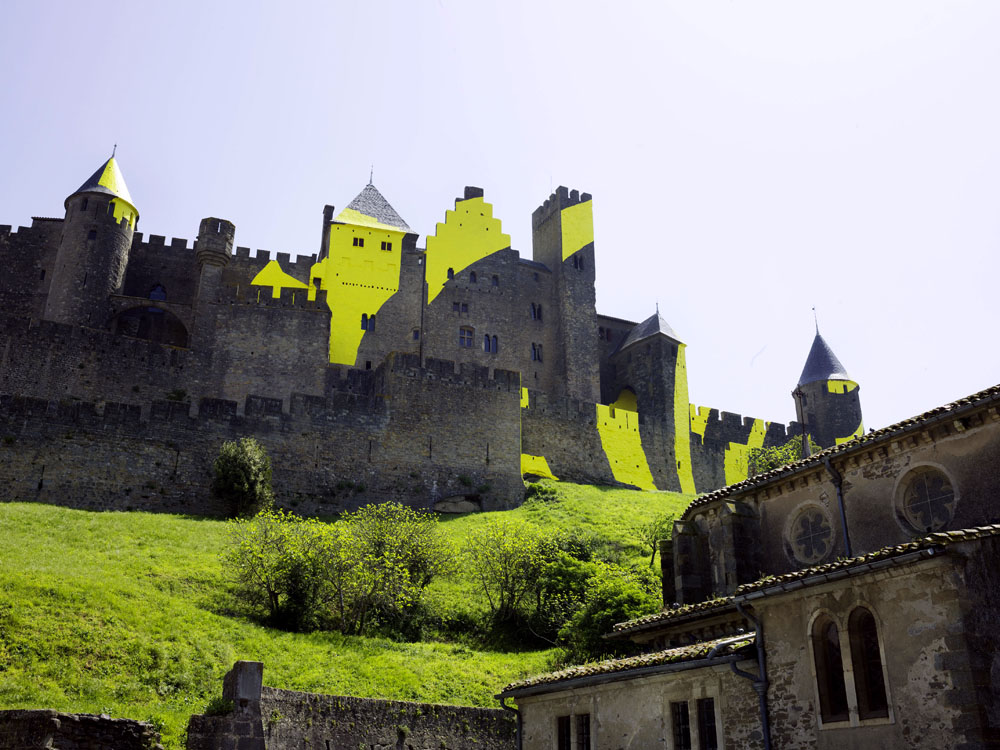 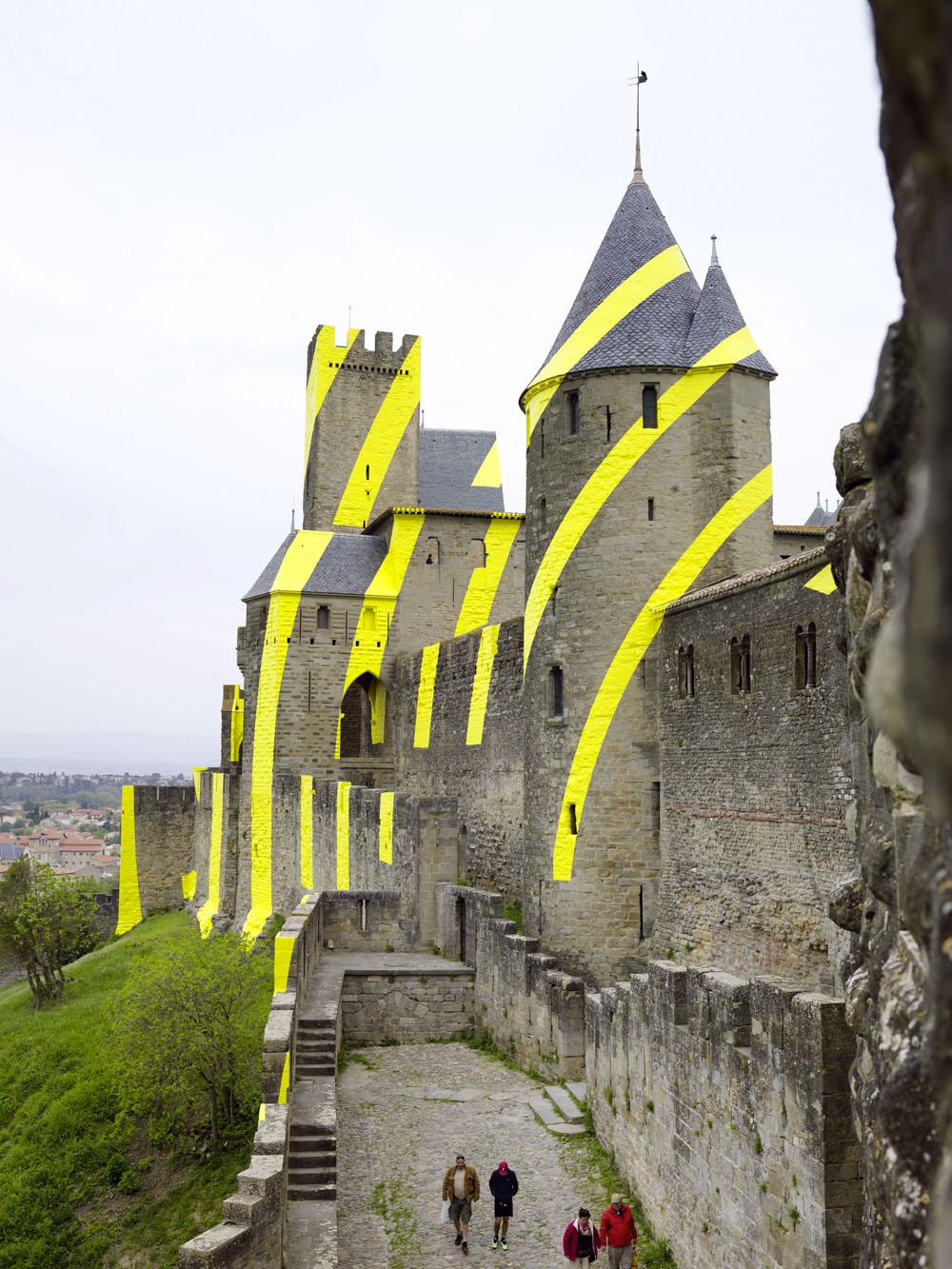 While some might find ’Concentric Eccentric’ a fun addition to the ancient city, some locals weren’t exactly thrilled, calling for the removal of the “filthy” artwork. Some even cried that the work was “ruining our lives.” Some said they welcomed the controversy because it proves that they’re “deeply attached to their heritage.” 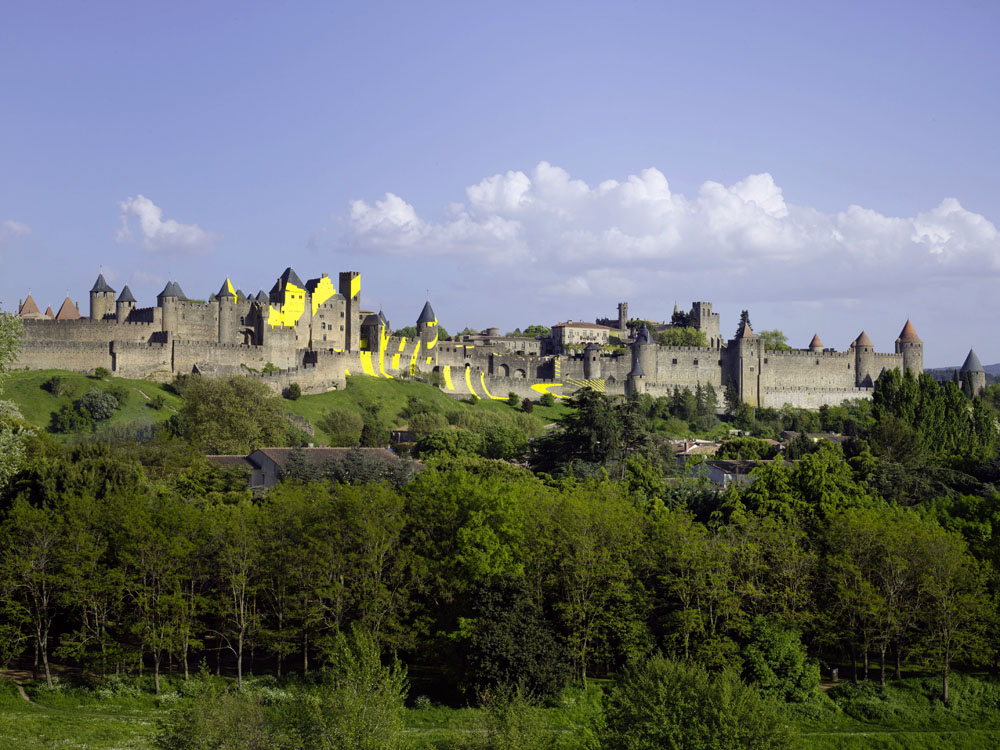 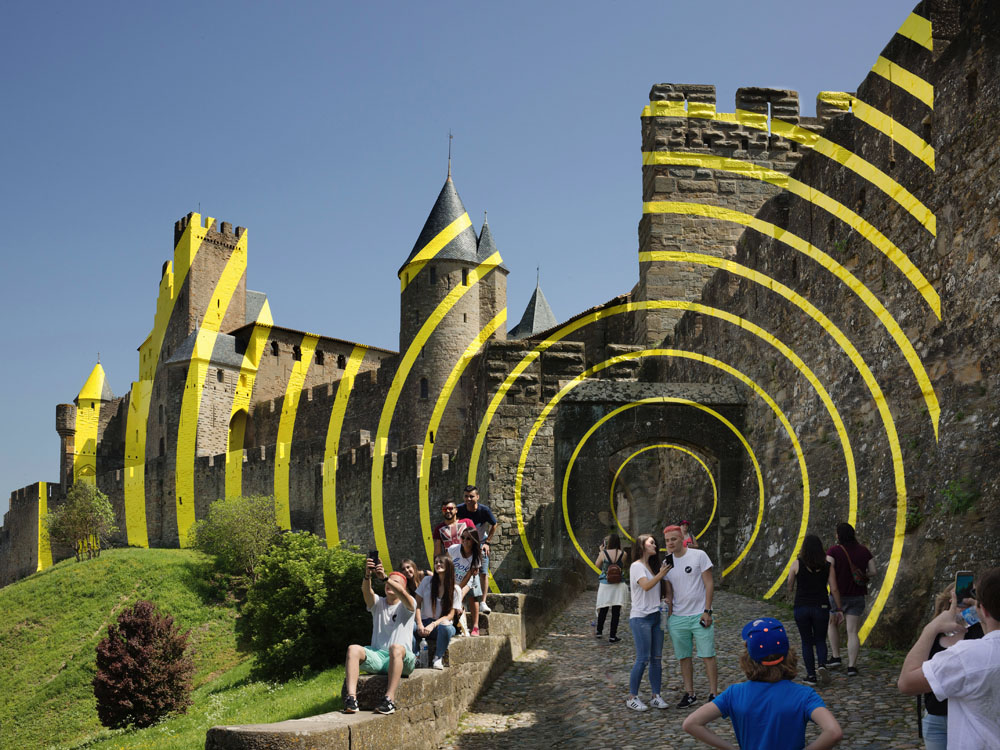 To create the mural, local art students projected the circles onto the stone surfaces at night and applied the aluminum strips. France’s Centre Des Monuments Nationaux gives us a look at how this process was carried out in a series of behind-the-scenes photographs viewable on its website.