We seem to have reached a new era of human civilization in which people marvel over the lack of privacy to be found in a completely transparent glass house while also revealing every last intimate detail of our lives to strangers over the internet. We tend to think of loss of privacy in terms of invasion, but just as often we’re inviting the eyes of strangers in. How are our ideas of privacy evolving, and what does it mean for the housing of the future? Will we live in increasingly closed-off quarters while even more of our details are exposed, or will we embrace a new kind of ‘radical transparency?’

Prior to the mid-20th century, structures made mostly of glass were almost certainly used as greenhouses, orangeries or conservatories, whether freestanding or tacked on to a more conventional building. The Farnsworth House designed and built by Mies van der Rose between 1945 and 1951 was meant for use as a holiday getaway for Edith Farnsworth, M.D., a place where she could play the violin and take in the nature of the setting.

Architect Philip Johnson famously built himself the Glass House, now a historic house museum in New Canaan, Connecticut, for his own use. Since then, glass housing has ranged from luxury homes that are opaque to the street and open to a view to examples that are more sculptural in nature, and not so much for full-time residency, like the Glass Cube House by Carlo Santambrogio.

It’s not like wealthy people aren’t concerned about their privacy. The ability to indulge in a glass house typically has more to do with the luxury of a remote location, where passersby are practically nonexistent (though you don’t often see poorer rural people living in houses made almost entirely of windows.) These houses seem to be built in the hope that their surrounding environments will stay the same, forever – or perhaps the knowledge that if other houses pop up around them, they’ll be able to change the design or raze it and start over. 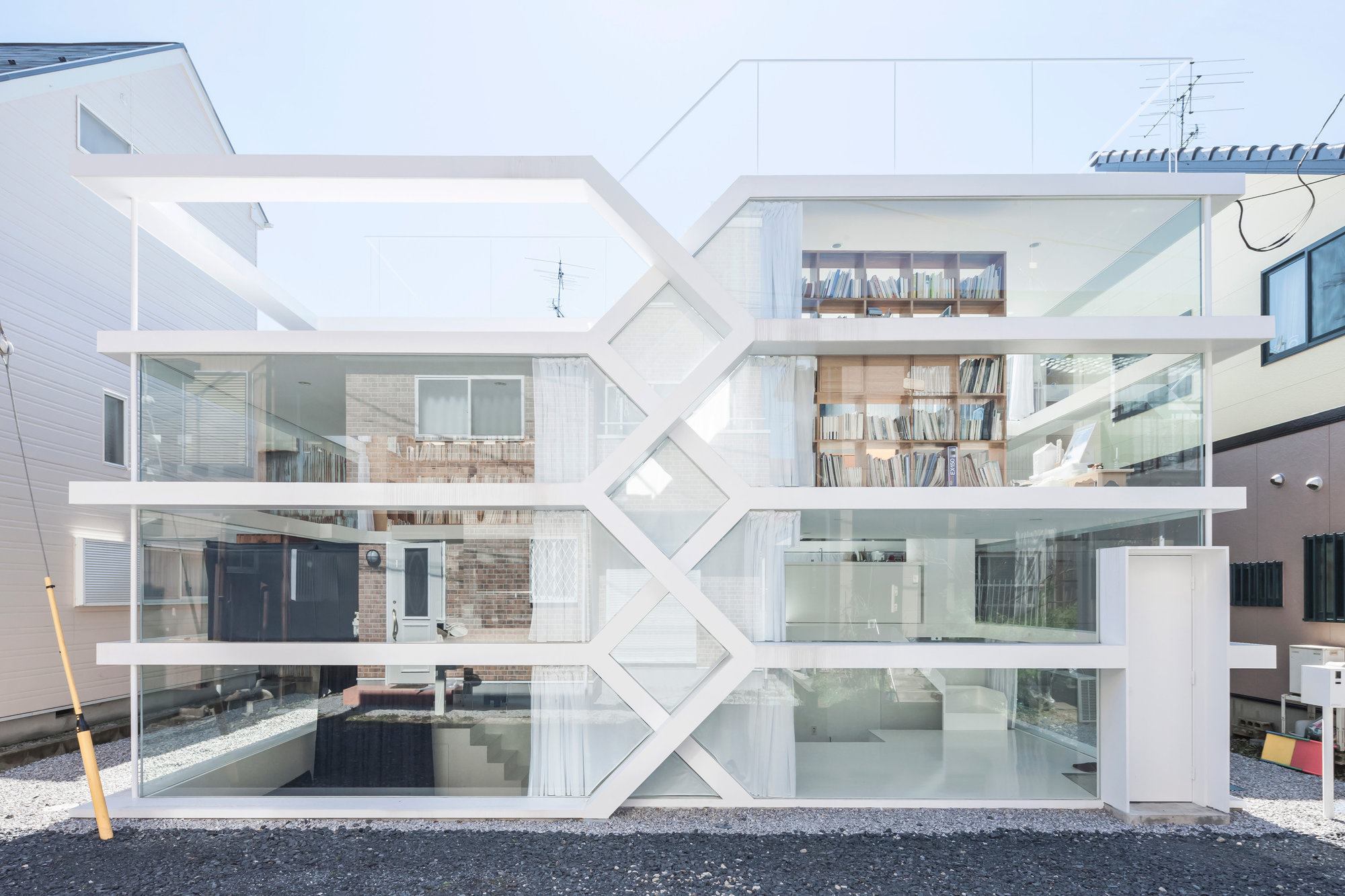 Intriguingly, glass houses in urban areas are becoming more common, too, perhaps pointing to the genesis of a larger trend. Sou Fujimoto’s House NA may look like some kind of experiment, but it was designed for a young couple in Tokyo as a dramatic contrast to the concrete block homes that surround it, with interior platforms arranged like the branches of a tree. Passersby are an inevitability here. At the snakelike S House by Yuusuke Karasawa, privacy can only be found in upper layers, underground areas and behind limited walls.

But let’s be honest with ourselves: whether we live in one of these places or in a house with no windows at all, does it matter? The arrival of smart devices and the Internet of Things lets hackers peer into our homes with absurd ease. Cameras are everywhere. Facial recognition technology grows increasingly terrifying. Data breaches constantly expose our data. The Cambridge Analytica leak revealed that secretive organizations hold profiles with 5,000 data points on 220 million Americans. What do they know about you?

Perhaps the lesson in all of this is just that we all need to draw a whole lot of curtains, literally and metaphorically. In past decades, George Orwell’s seminal novel 1984 helped cultivate a healthy distrust of surveillance, but the gradual erosion of our privacy in recent years has led more and more people to shrug and go about business as usual. Exactly how all of this will affect the way we live in the near future remains to be seen, but it looks like we’ll find out soon enough.