For all the effort we humans put into light art, birds have us beat – we just don’t realize it most of the time, because their work is invisible to us. Spanish photographer Xavi Bou reveals the hidden works of art produced as birds fly through the sky using a multi-shot technique that captures both the trails they create and the movement of their wings. The results look sort of like fluttery eels, or black ribbons strewn around by the wind. 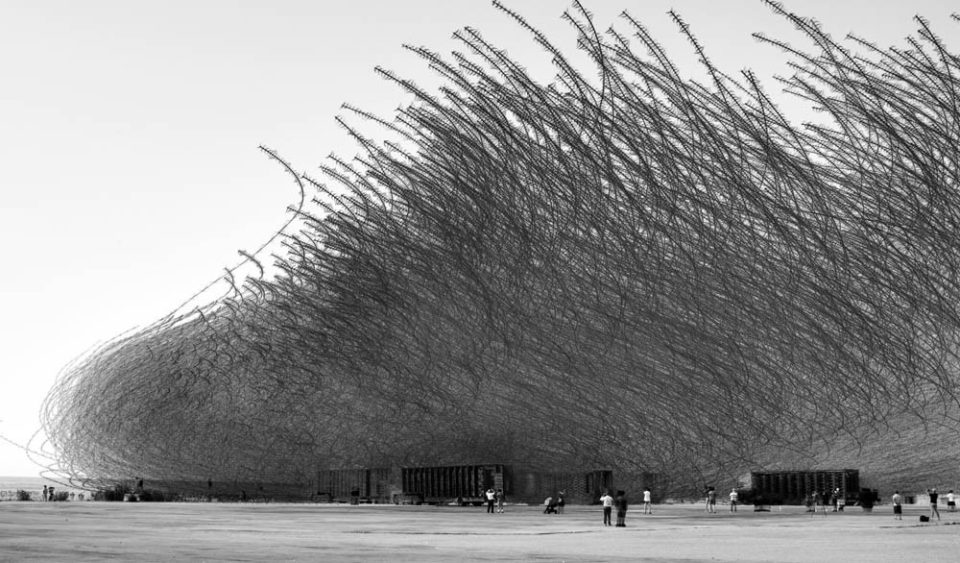 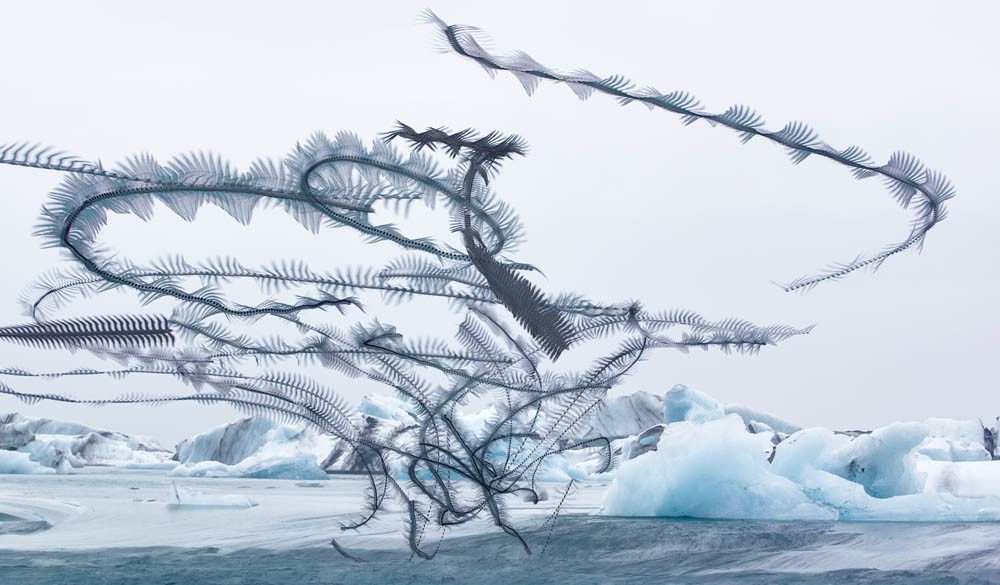 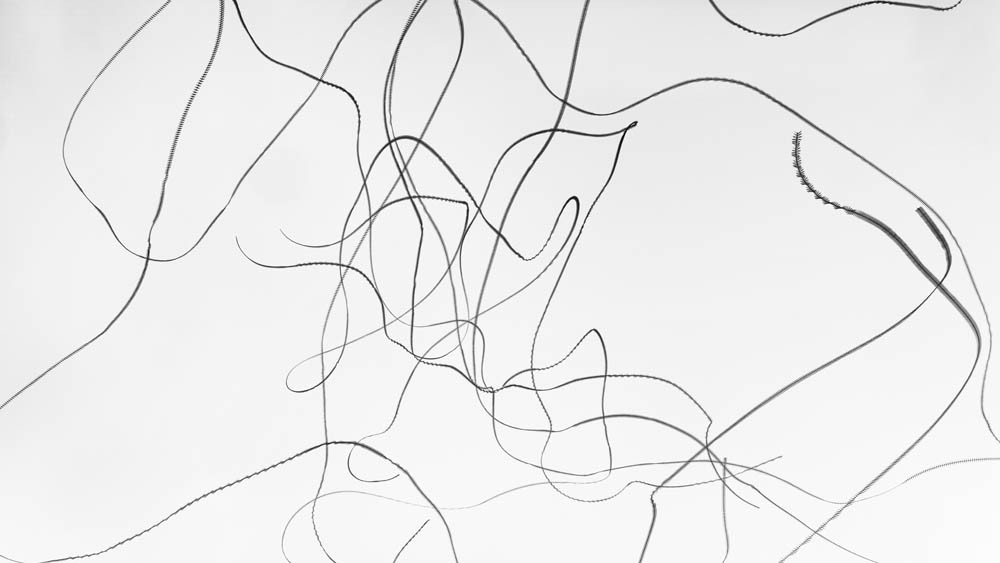 Bou’s ‘Ornitographies’ series arises from his interest in “questioning the limits of human perception,” combining simple observation of bird behavior from the ground with photography to see what our eyes can’t show us. He takes inspiration from chronophotography, a Victorian technique capturing movement in a series of frames for the purpose of scientific study. Bou’s focus on the birds is less about science and more about the grace of their movements and their unintentional creativity. 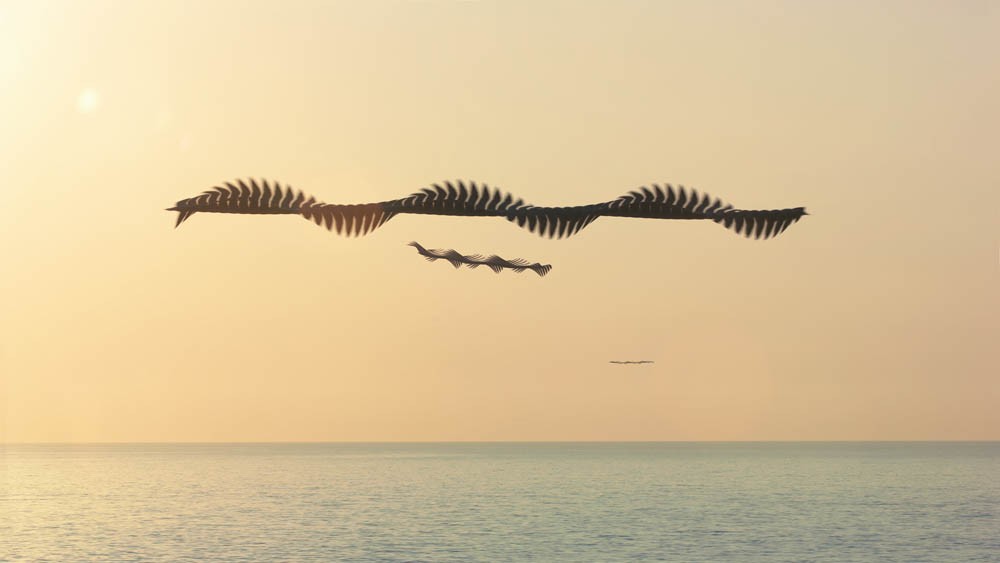 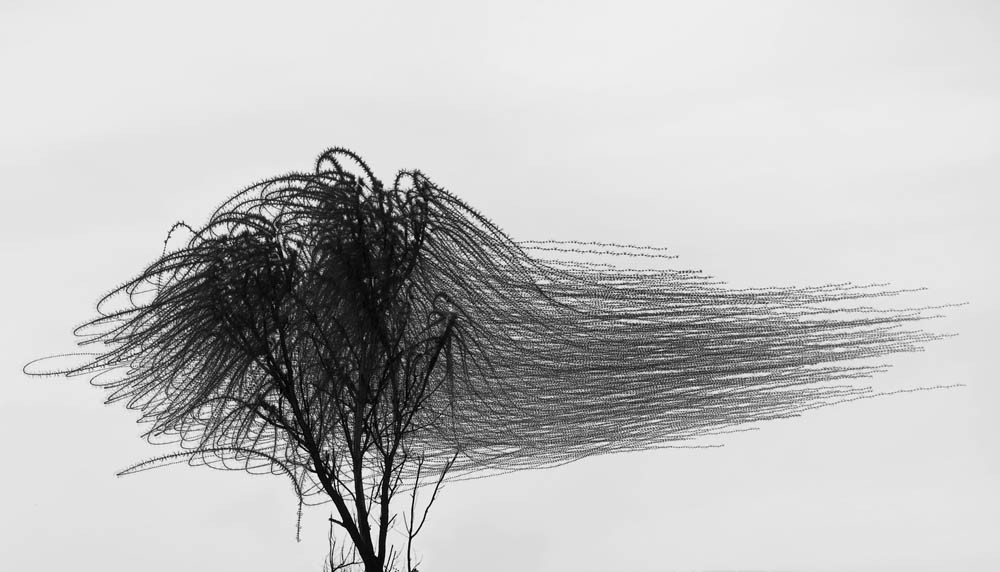 “The approach used by Xavi Sou to portray the scene is not invasive; moreover, it rejects the distant study, resulting in organic form images that stimulate the imagination,” reads his description of the project. “Technology, science and creativity combine to create evocative images which show the sensuality and beauty of the birds’ movements and which re, at the same time, clues for those wishing to identify or recognize them.” 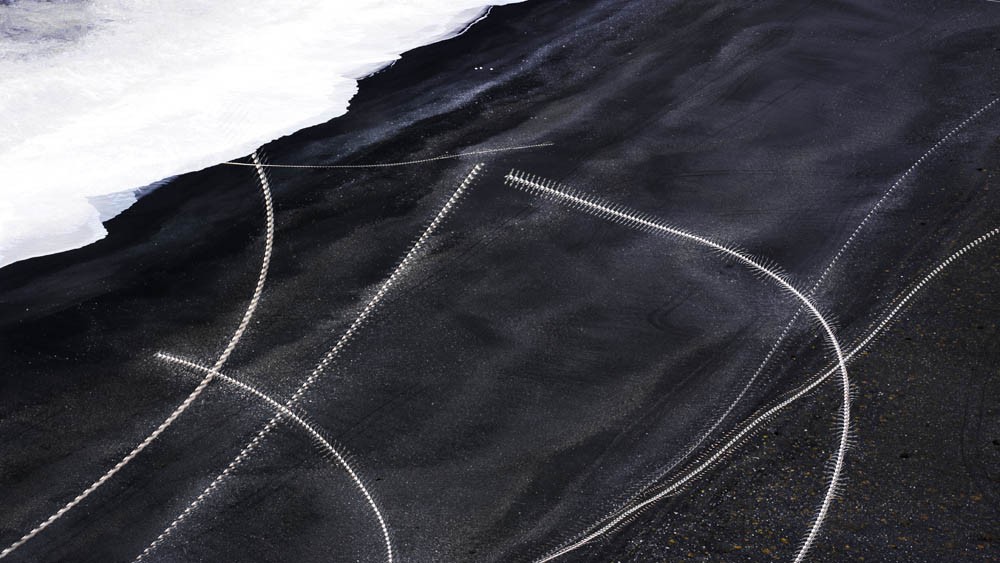 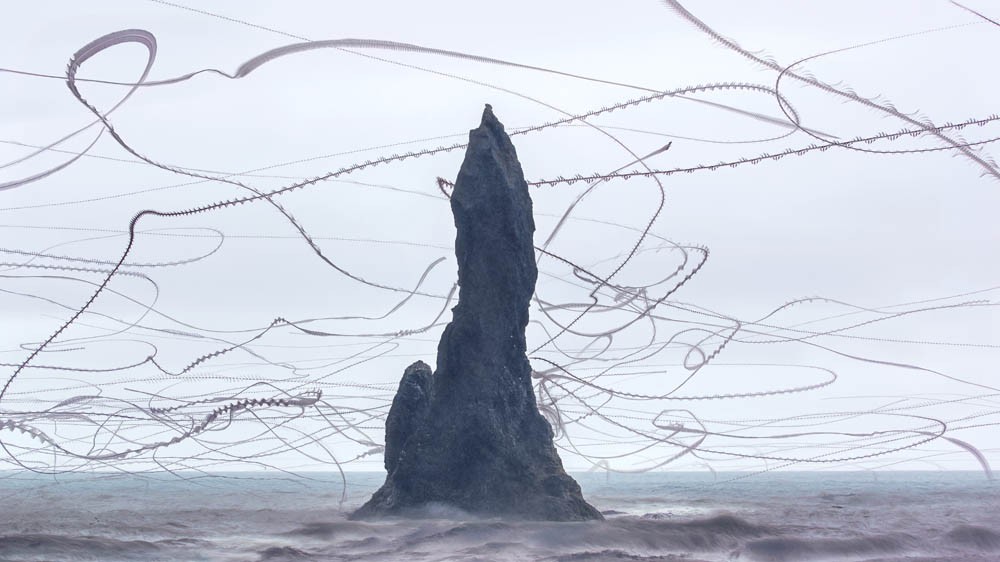 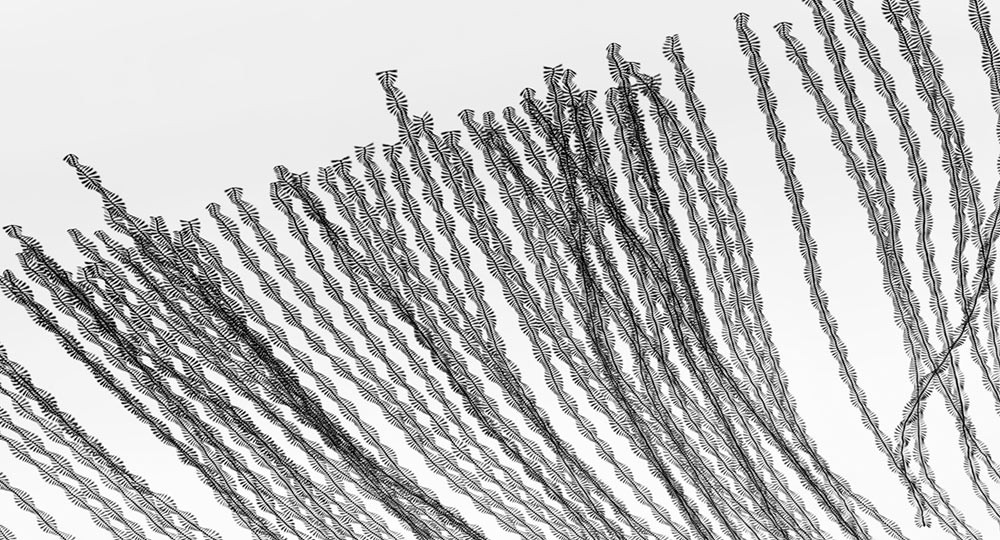 The photographer takes thousands of shots and layers them together to produce the final effect. Depending on the species, the exposure and the contrast, you might be able to make out distinct wing feathers in the patterns. A recent trip to Iceland produced some particularly stunning results, and it’s fascinating to imagine which birds produce the more orderly lines versus the chaotic ones.