Fish & Chips are famed the world over as THE quintessential English food so why are there so many closed and abandoned “Chippies” in their home country? 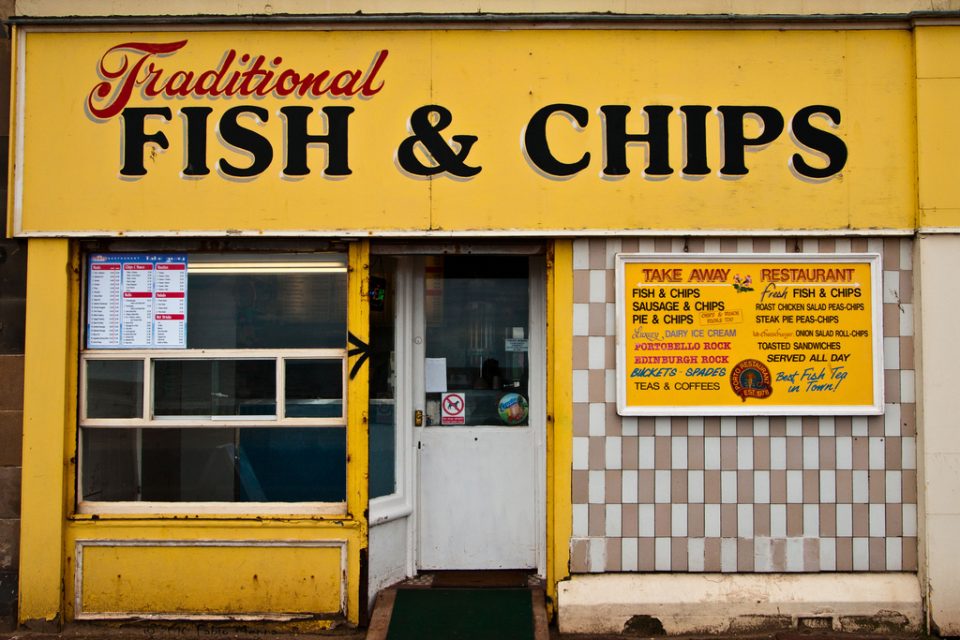 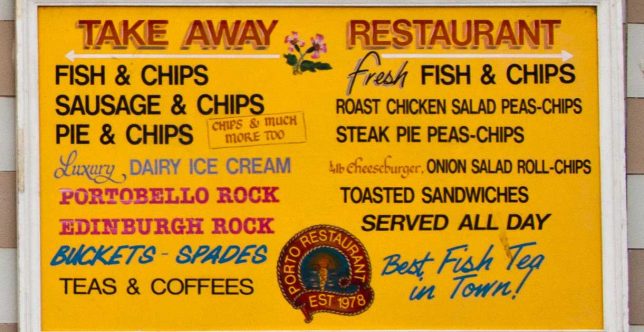 American fish & chip shops have suffered a decline as well, especially fast food seafood restaurant chains like Arthur Treacher’s and H. Salt Esquire – both the chains and the affordable stocks of cod that sustained them are pale shadows of what they used to be. Family-run chippies linger on, however, though the once-charming Porto Restaurant in Edinburgh, Scotland’s seaside Portobello neighborhood is no longer them. Flickr users Dave Sinclair and Fabio Menna snapped the shop in long-abandoned and newly-abandoned states, respectively. 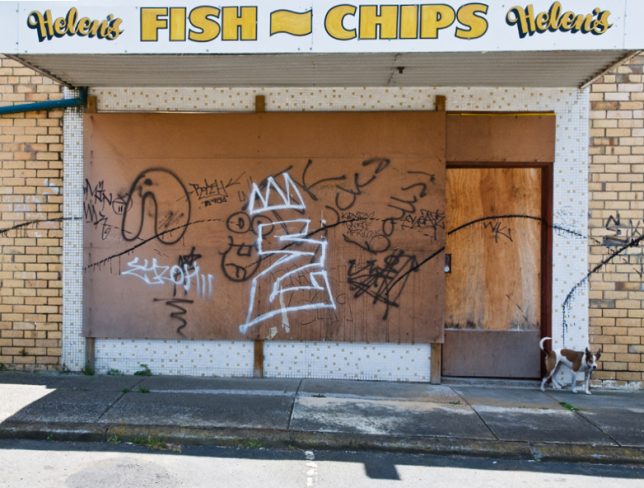 One would hope “Helen” was able to retire from retail fish-frying with a modicum of grace when her self-titled chippie in Maidstone (a suburb of Melbourne) went belly-up. Then again, maybe Australians just aren’t that into fish & chips, what with all that “throw another shrimp on the barbie” stuff. Flickr user Warren Kirk (Westographer) captured the closed, abandoned, boarded-up and unlamented (save for a disappointed-looking dog) “Helen’s Fish ~ Chips” on a sunny December morning in 2011. 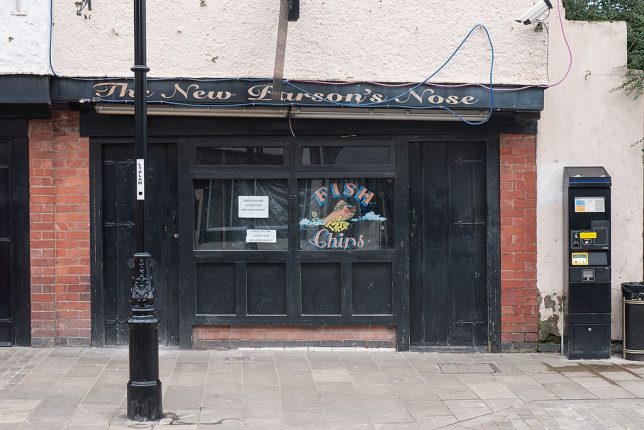 As if a chippie on the High Street wasn’t Brit enough, the owners named the place “The New Parson’s Nose”… wonder what happened to the OLD one? Regardless, the sign on the window states the shop is “closed for refurbishment” and you know what that means: it’s gone like last night’s last pint of ale. Kudos to Flickr user leon S-D (littleweed1950) who snapped this pub-like former fish & chips shop in June of 2016. 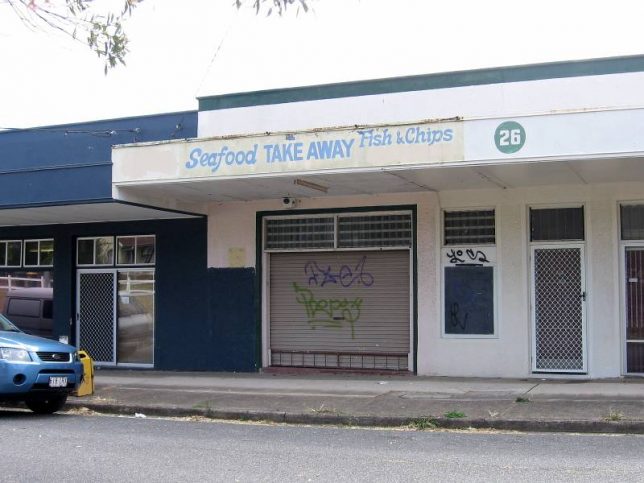 “Over the last 40 years or so (in Australia at least) the traditional old style strip of shops in the suburbs has come under pressure from large shopping malls,” states urbex blogger David Taylor. Just wait, Dave, those large shopping malls have begun to feel a similar sort of pressure from online retailers. There’s nothing like the unique ambiance and the sit-sown dining experience of a classic Chippie, mind you. Taylor snapped the above faded Seafood Take Away in Mt Gravatt, a suburb of Brisbane. 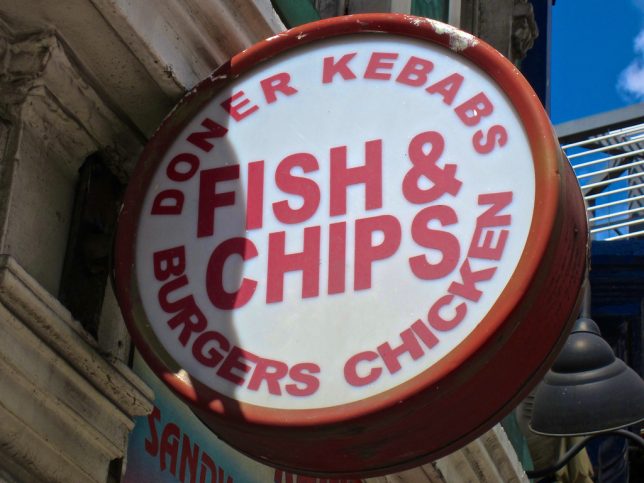 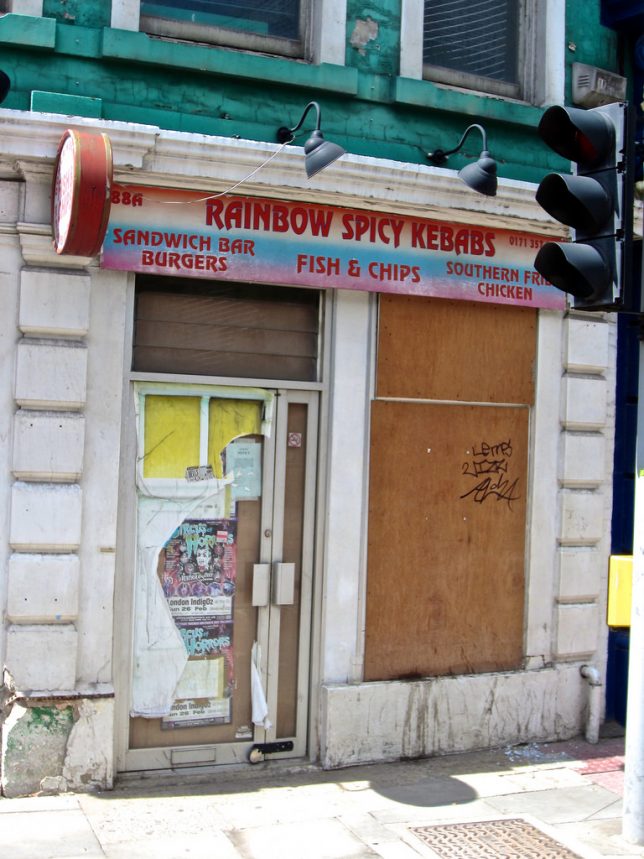 Fish & Chips, Burgers, Southern Fried Chicken and so much more… how could Rainbow Spicy Kebabs, snapped in the summer of 2013 by Flickr user Robby Virus, possibly go under? Well, they COULD have prepared all of those things poorly, for one thing. It just goes to show you, a prime location in the heart of London offers no guarantee your fish & chips (& more) shop will achieve lasting success. Also, rainbows aren’t colored that way. Just sayin’.