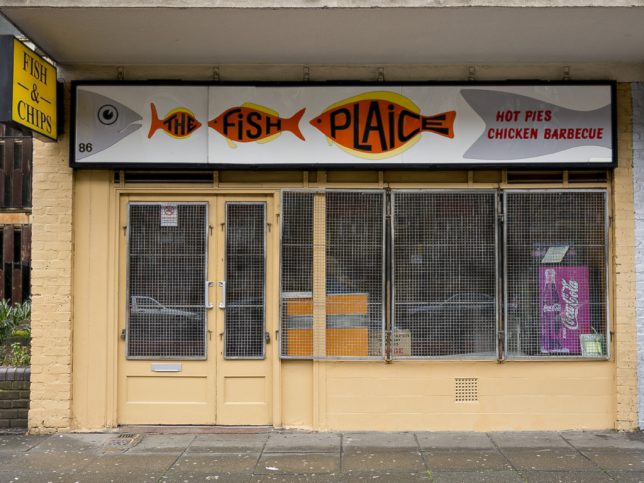 Here’s The Fish Plaice… no typo here, it’s supposed to be “plaice” and not “place” since “plaice” is a flounder-like flatfish commonly used to make fish & chips in southern and eastern British coastal towns. Is that clear? Any questions? We’re good? Heh, and you thought English humor was limited to Monty Python and Eddie Izzard. Credit Flickr user Louis Berk (louisberk.com) with the above pun-derful photo of the closed & abandoned chippie taken on January 11th, 2011. 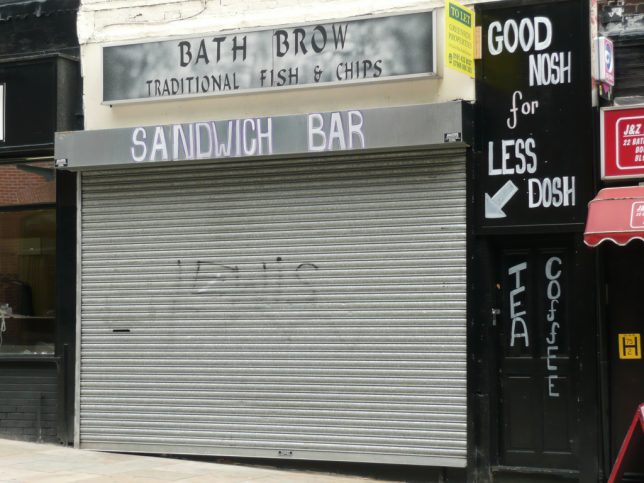 “Good nosh for less dosh”? It can only be Bath Brow traditional fish & chips (and sandwich bar) in Bolton, Lancashire. Now that Bath Brow is closed, we may never know what the heck “Bath Brow” means and why anyone thought it would be a good name for a chippie. Flickr user Terry Whalebone (Terry Wha) snapped the forbidding corrugated metal facade of the former eatery in July of 2011. 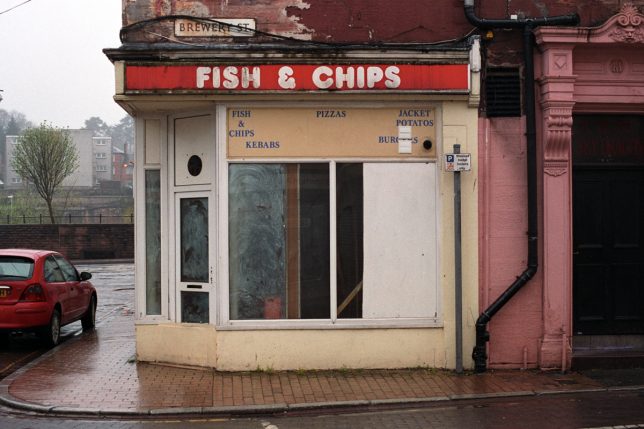 A nameless abandoned chippie in Dumfries and Galloway, Scotland occupies a prime corner lot – on Brewery Street yet – but still couldn’t master the economics of running a fish & chips shop. Flickr use leon S-D (littleweed1950) makes his third appearance in our seafood survey with this tranquil shot snapped on January 21st of 2010. 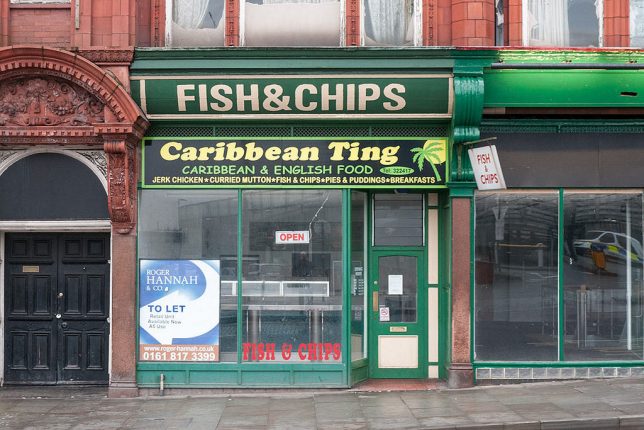 If three times is the charm, four times must be, er, even more charming. Kudos to Flickr user leon S-D (littleweed1950), whose shop-snapping sense is simply off the charts. This last-but-not-least entry features the closed Caribbean Ting restaurant in Wigan. Give the former owners an A for effort on their well-meaning attempt to continue the address’s previous incarnation as a traditional chippie by adding a dash of jerk seasoning. “OPEN” sign in the window be damned, the shop was listed as “to let” in May of 2015. 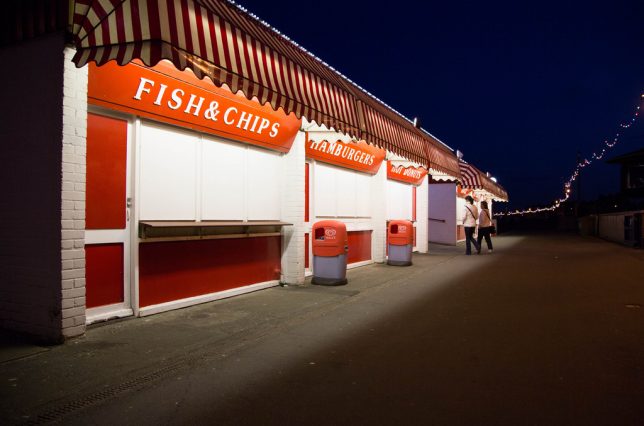 No, we’re not referring to the Trump presidency… not yet at least. The jaw-dropping image above is a triumph of light and shadow snapped by Flickr user Pauls Cross on May 10th of 2013. It’s not known whether this closed chippie occupying a strip of snack shops along the Felixstowe Pier in Suffolk, UK  is shut for the season or for the duration… of time. Where is your cod now??