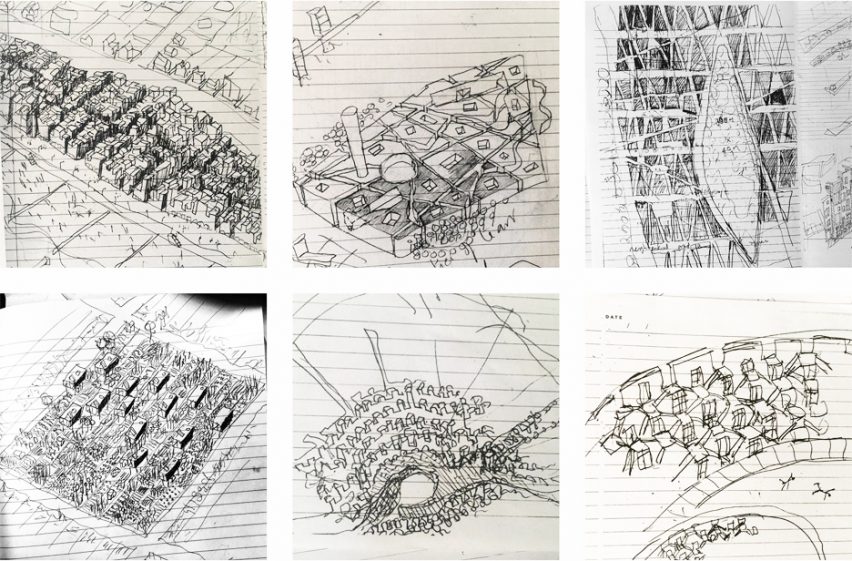 A London architect has is working to sketch a new city each day, mining his imagination and experience for fresh ideas for a full year, a practice inspired in part by the failures of modern urban planning. 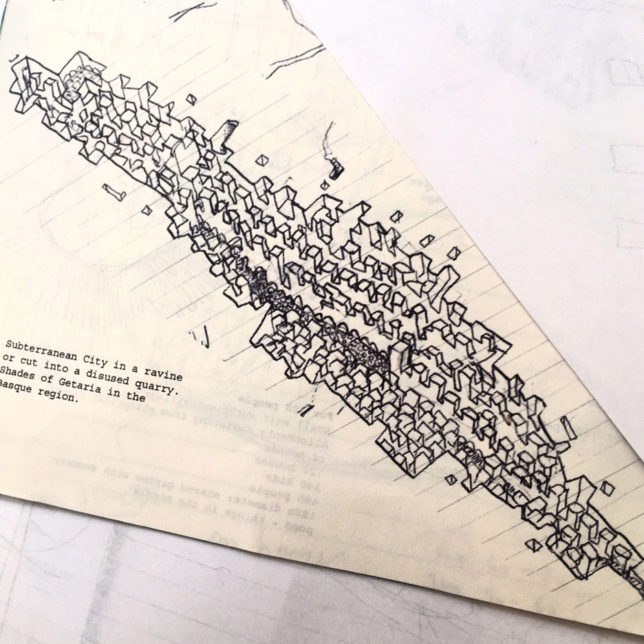 Peter Barber is sharing the results of his work online, driven by an architectural theorist.”The idea arose from Lewis Mumford’s assertion that modernism has ‘failed to produce even a rough draft for a decent neighbourhood’, and from a pub remark made by my friend and colleague Ben Stringer, who said that you ought to be able to design a city in 10 minutes” — or at least: the idea for one. 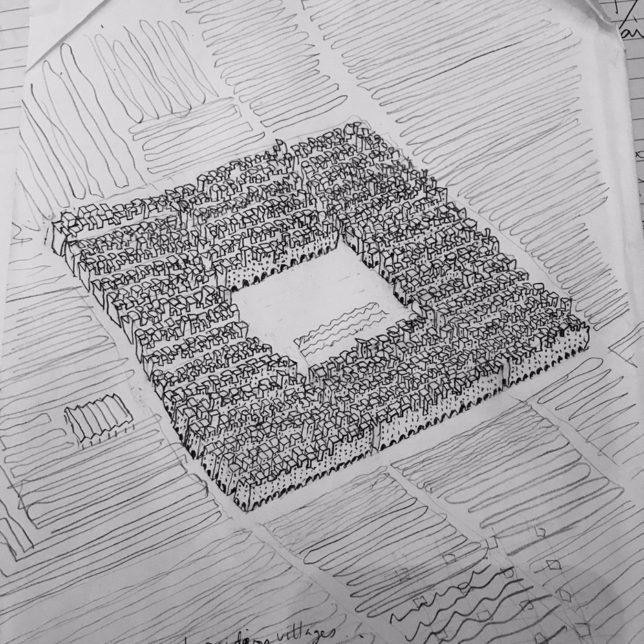 These are not meant to be fully polished master plans, but rather an exploration of the shape of cities through quick sketches. They range in scale and region as well, from towns in Spanish ravines to fisherman islands and farming cooperatives in the United Kingdom. Among others, he has imagined a city to wrap the existing city of London, wondering what that might look like as well as how it would function and relate to the historical metropolitan heart of England. 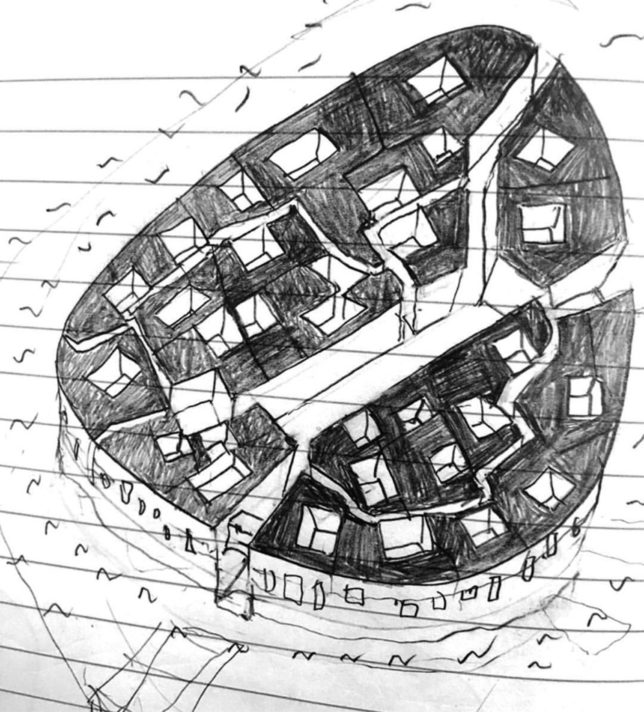 Embedded in this experiment, though, is also a call to action for architects and planners: sketch, think and design, even if it’s speculative, just to keep ideas flowing. “I’m an inveterate sketcher. The project structures that a bit,” says Barber. “In the course of my day it’s a little 10 minute mental workout, kind of light relief too, and a chance to think beyond the here and now. I wonder if the project will remind people about the joy of jotting down a thought in a quick sketch, the sketch book as a place to escape to, a place to be playful, dreamy, speculative, idealistic even.” 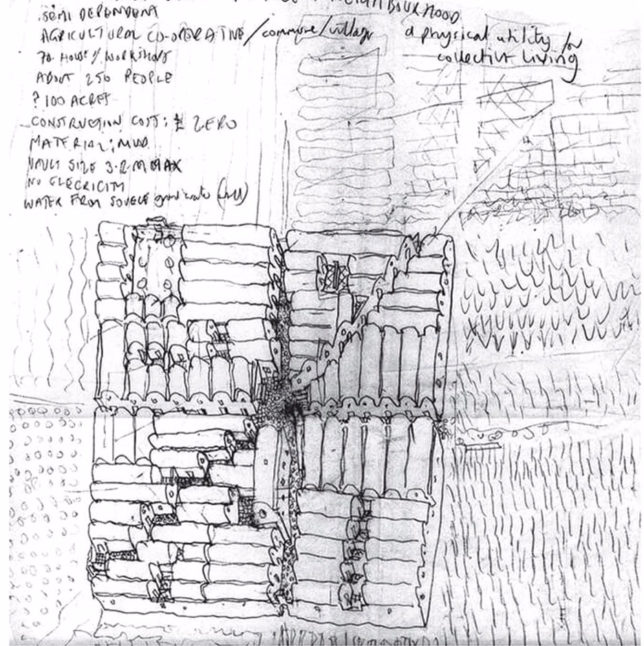 Of course, he also hopes some good ideas will come out of the exercise. “We need to think deeply about our priorities and how those might be reflected in the production and arrangement of space and how we want our cities, towns, villages to be designed,” he explains In designing, he is also researching, and thinking about what’s already built. “To a significant extent the layout of our cities, and London is a very good example, are products of neo-liberal economics, the commodification of housing and the arbitrary flow of global capital. In London, which is surely one of the richest cities the world has ever known, this is leading to misery and a segregated city, with 170,000 homeless people and 20,000 empty investment flats, while social housing bequeathed to us by a more idealistic post-war generation is bulldozed.” Of course, one always has to be careful, too: architects are notorious for thinking about city plans first in terms of buildings, and only later in terms of practical considerations. 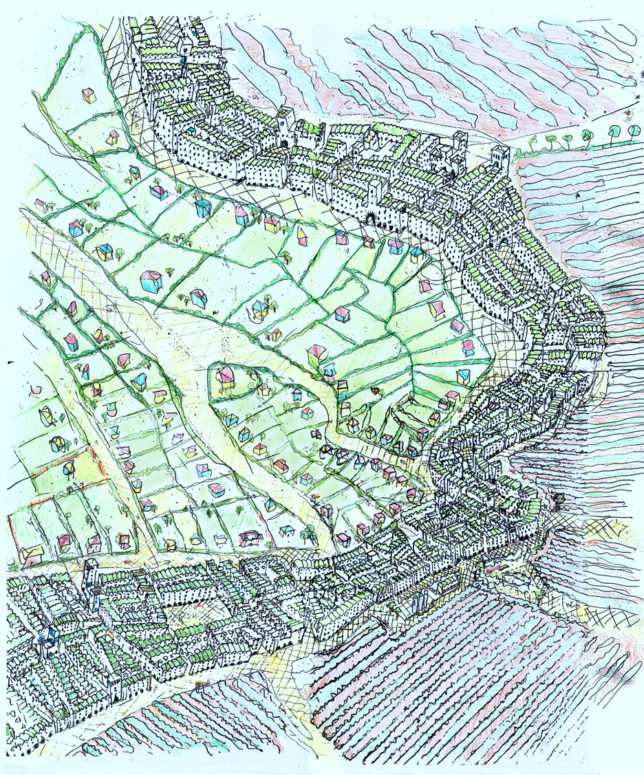