Victorian-era photographic subjects are transformed in ways they couldn’t possibly have imagined in a series of modified cabinet cards by artist Alex Gross. A buttoned-up young woman becomes Harley Quinn, a group of young men in suit jackets and cravats turn into the members of KISS, an ordinary-looking couple reveal themselves as Batman and Catwoman. For Gross, collecting found black-and-white photographs in the form of cabinet cards is all about seeing potential in unexpected places. 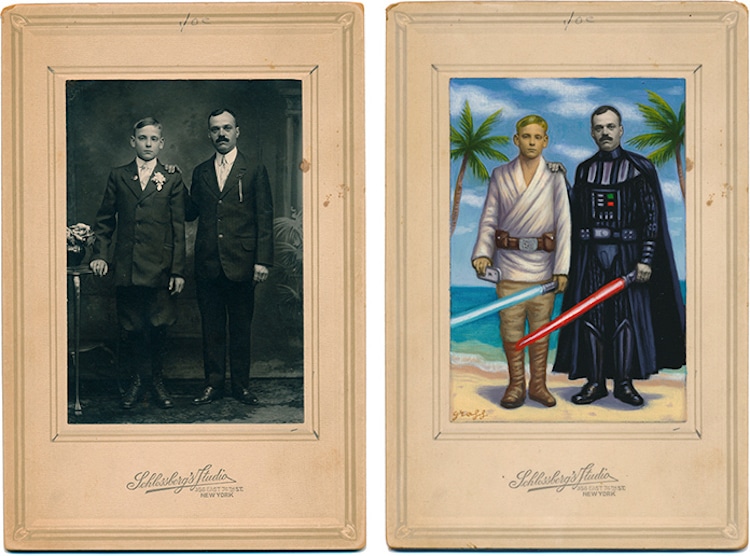 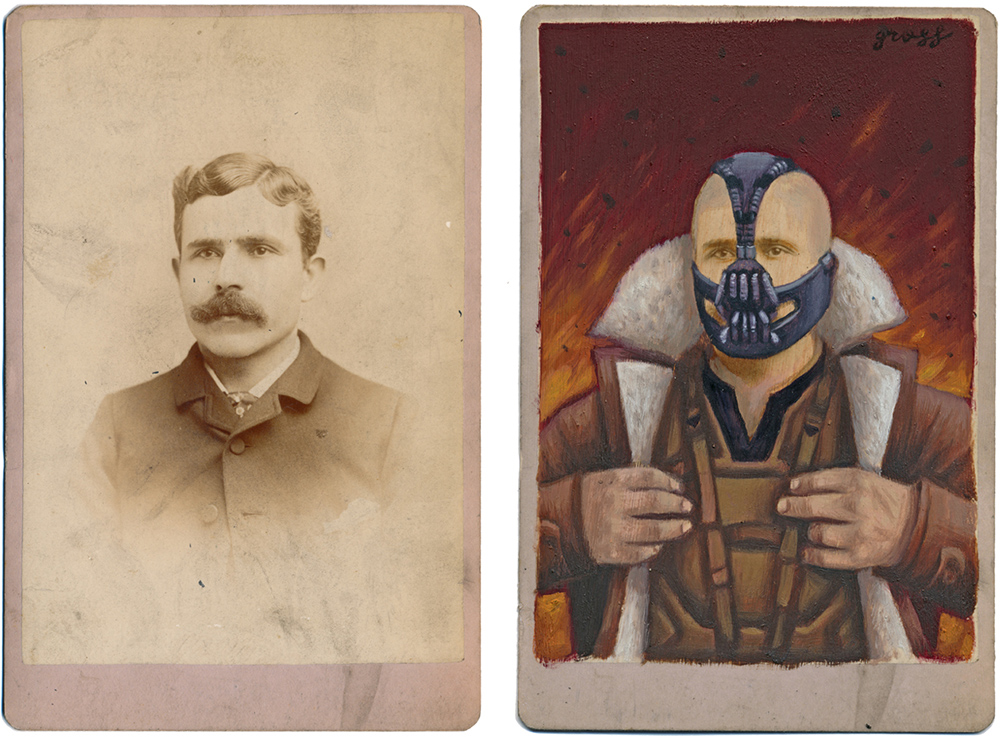 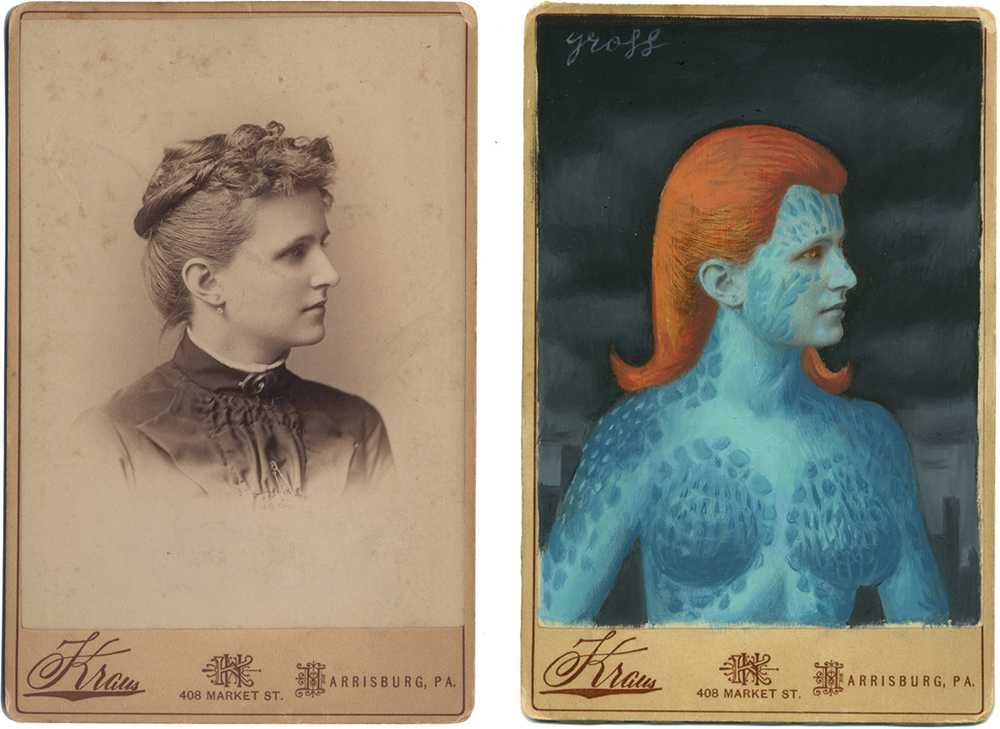 It’s almost like Gross pulls the very real people who sat for these photos so long ago through a portal and into the 20th century – never quite all the way to modern times. The hand-painted images retain a sense of vintage charm, recalling the golden age of comic books in the 1950s, even when depicting more contemporary characters like Arya Stark and the Night King from Game of Thrones. 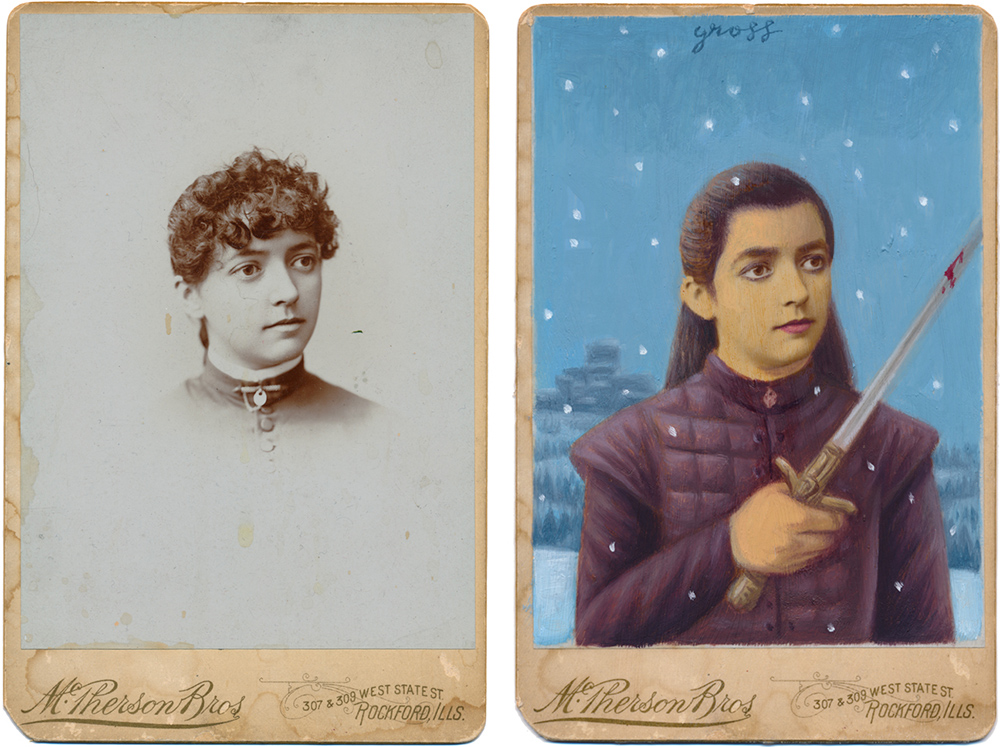 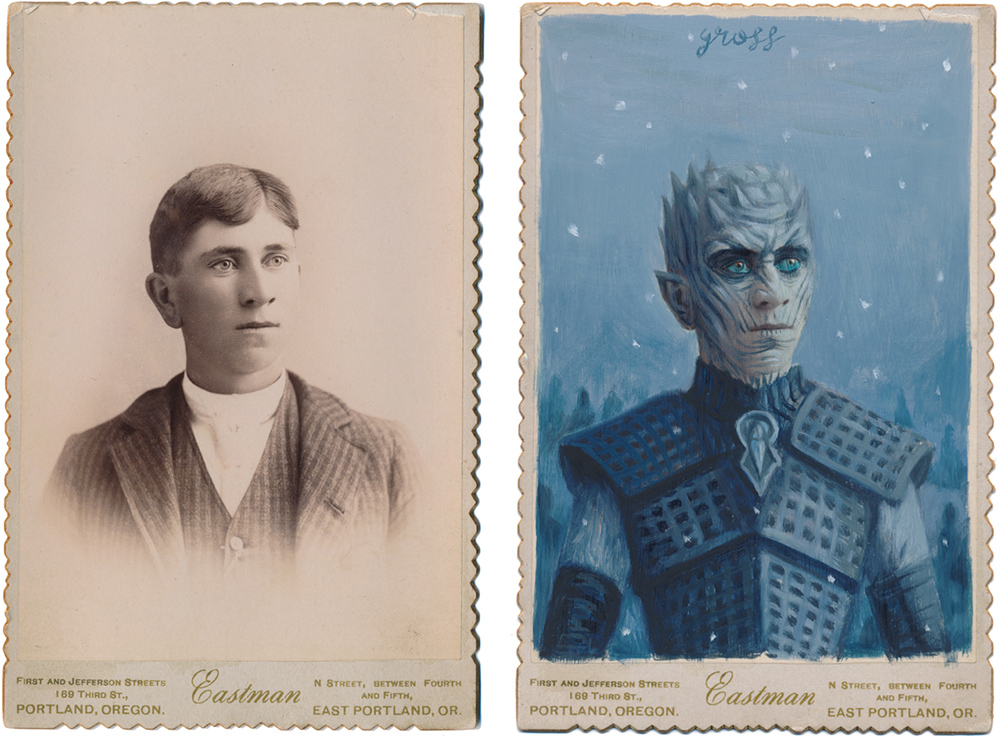 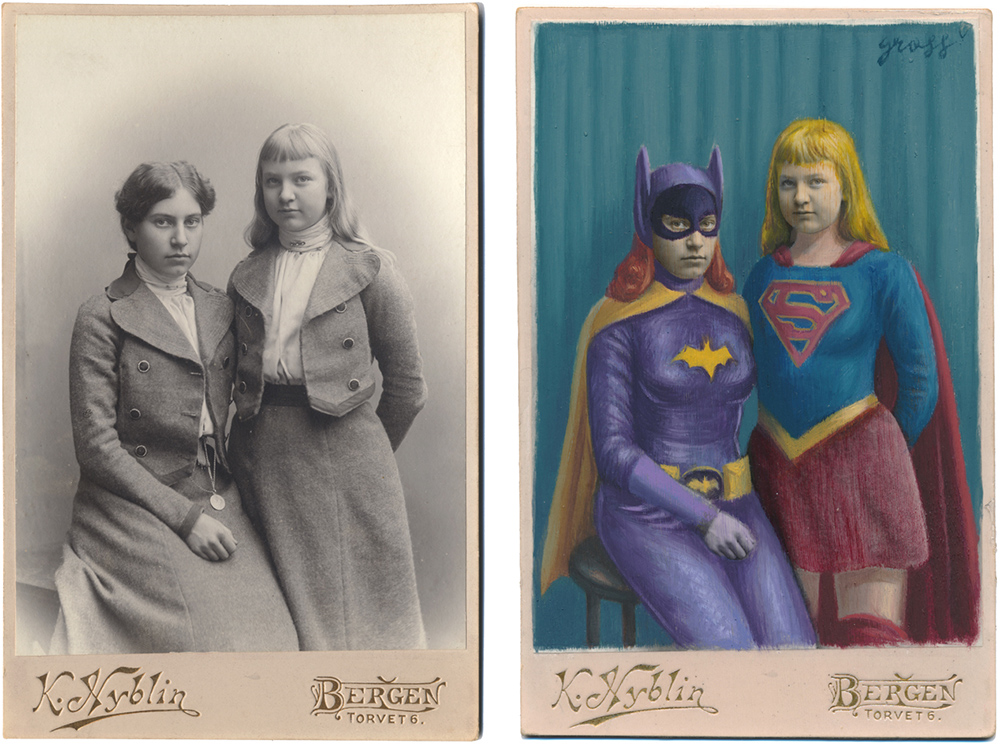 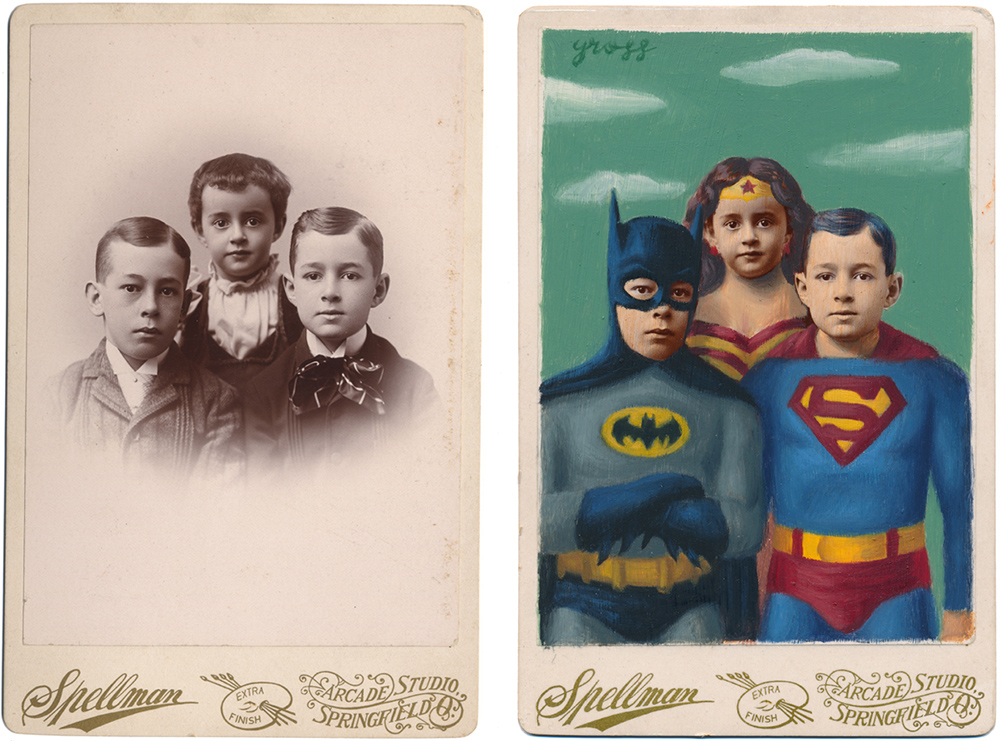 Gross told Vivianite that vintage photographs and cabinet cards have a big influence on his work – extending beyond this series and into his full-scale paintings. Many have a similar feel of mish-mashed eras, all rendered in Gross’ signature vivid illustrative style. 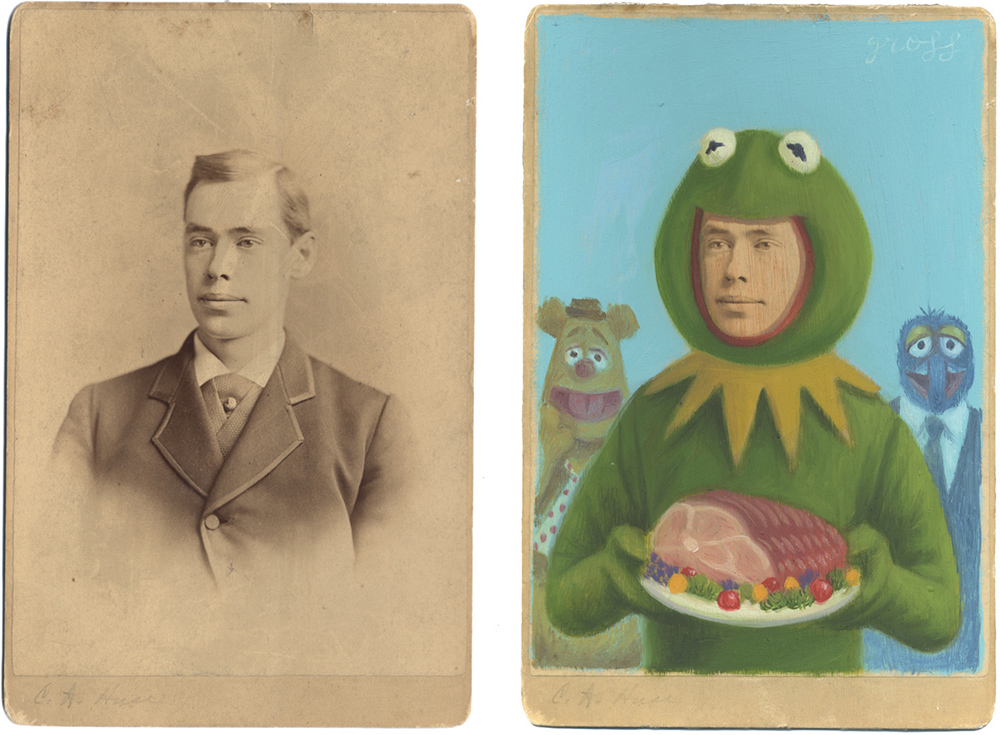 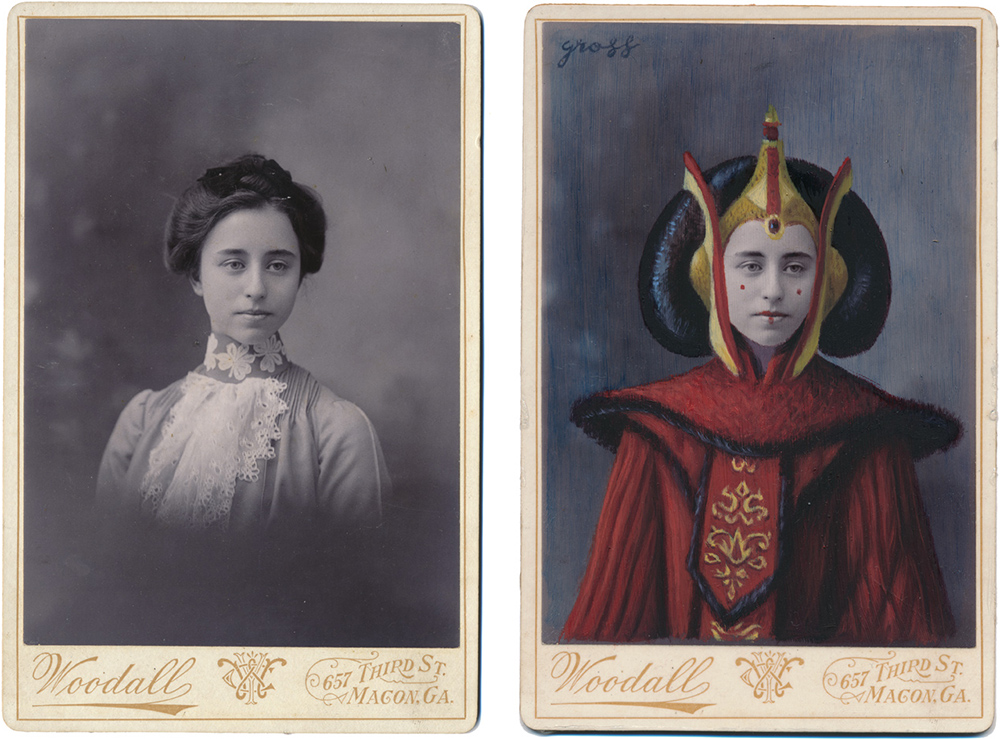 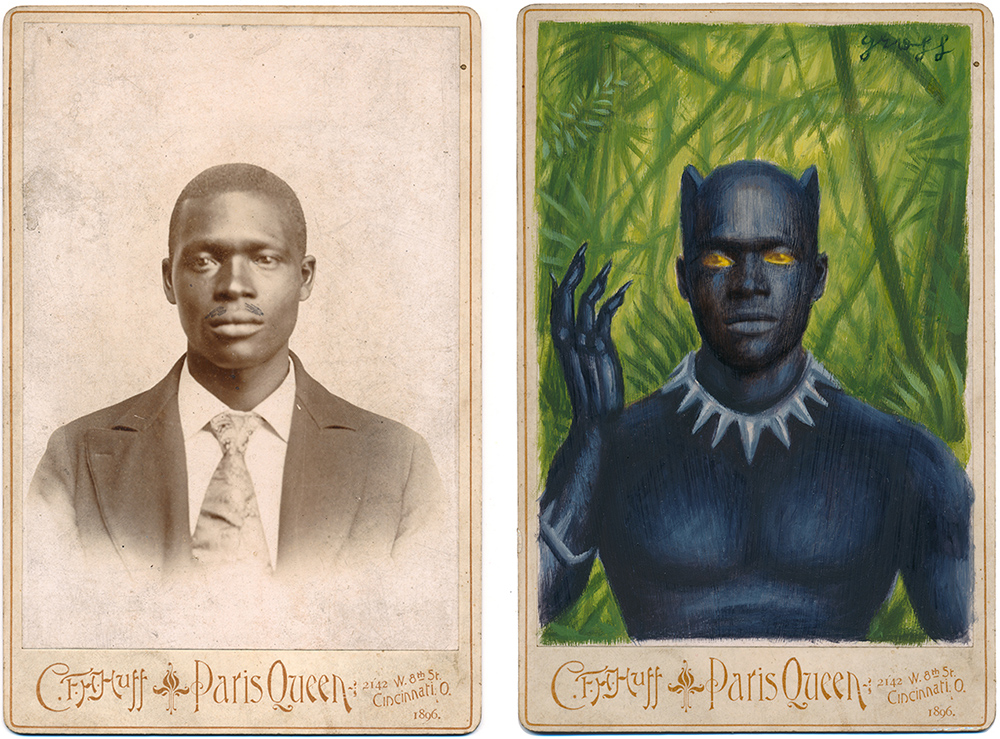 “I have a medium-sized collection and many of the people in these photos appear in my work. And my favorite authors have also played a large part in my work. I think that Herman Hesse, W. Somerset Maugham, and George Orwell were all geniuses and their work has really connected with me for a long time now.”

Gross has released several books of his work, including Future Tense: Paintings by Alex Gross, 2010-2014, Discrepancies and Now and Then. The latter, released in 2012, features 98 of his cabinet card paintings produced over a four-year period.