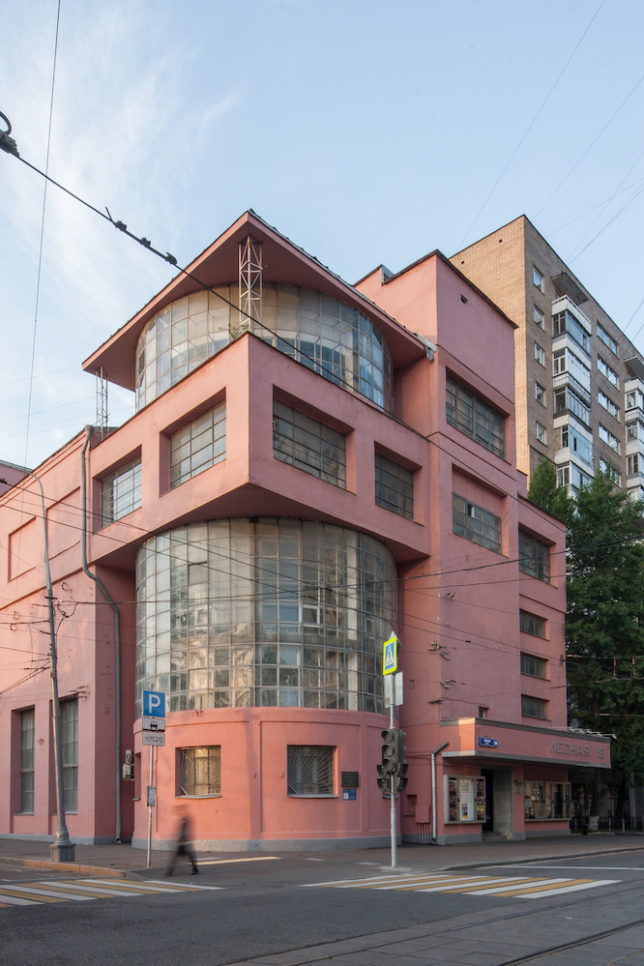 The Zuev Workers’ Club was designed to be a bright, open space lit by natural sunlight facilitated by huge windows and architectural glasswork. Laborers who spent their days on noisy, dimly-lit factories and shop floors would be rejuvenated by the refreshing atmosphere built into their local cultural rec center, returning to work the next morning well-rested and ready to make the Soviet Union great again… or something along those lines. 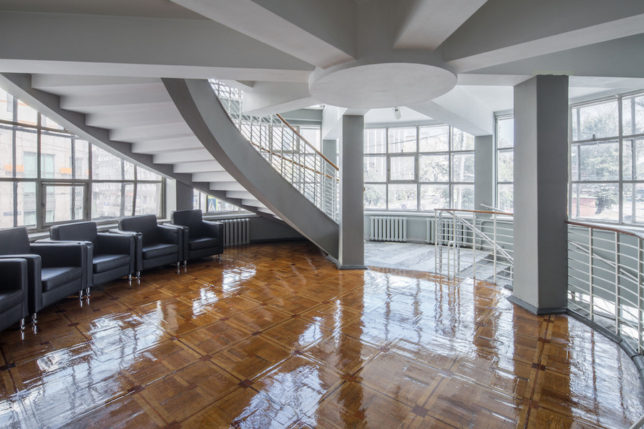 Utopian theories don’t really play out in the real world but one can’t knock Golosov for making the effort. The Zuev Workers’ Club is a fairly large building – its shorter facade dominated by a multi-story glass cylinder housing a spiraling staircase disguises its actual size. Behind the glassy facade are a number of small meeting rooms and several communal cafeterias. The common areas have been diligently maintained and are resplendent with immaculate floors set with polished hardwood and intricately patterned slabs of white marble. 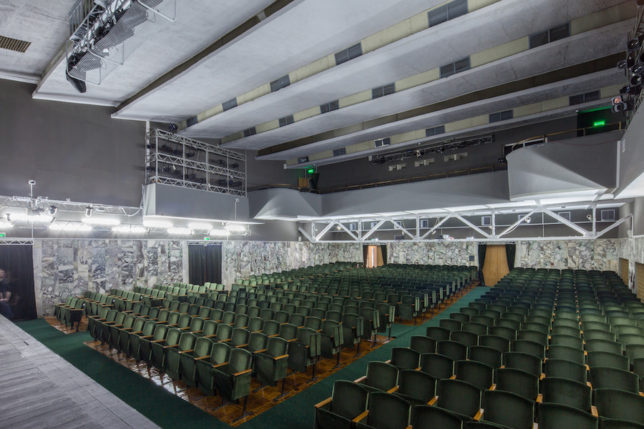 Though the days of factory laborers popping in to unwind after a long day on the production line are long gone, the Zuev Workers’ Club remains active as a cultural center. Two grand auditoriums – one with 200 seats, the other with 850 seats – are the settings for children’s plays, musical concerts, and films ranging from historical documentaries to first-run motion pictures. 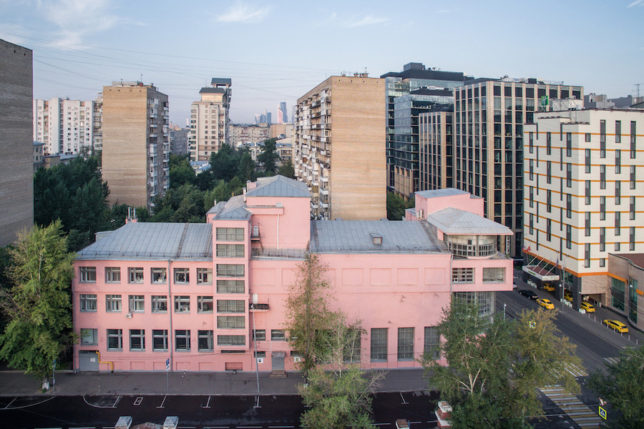 This short video (recorded by Andrey Stvolinsky for Shelter Press) features the exterior of the Zuev Workers’ Club as it appeared in 2009. Though the most prominent Constructivist features remain intact, some of the upper windows were bricked over in the 1970s and a long balcony has been removed entirely.

Then there’s the circa-2016 exterior paint job in a questionable pinkish hue, supposedly an attempt to recreate the building’s original “revolutionary red” covering… what would Lenin say? What we say is that even while laboring under many handicaps, the essential Constructivist aesthetic of Golosov’s original concept still shines through. (images via Denis Esakov for Architectuul, 2016)