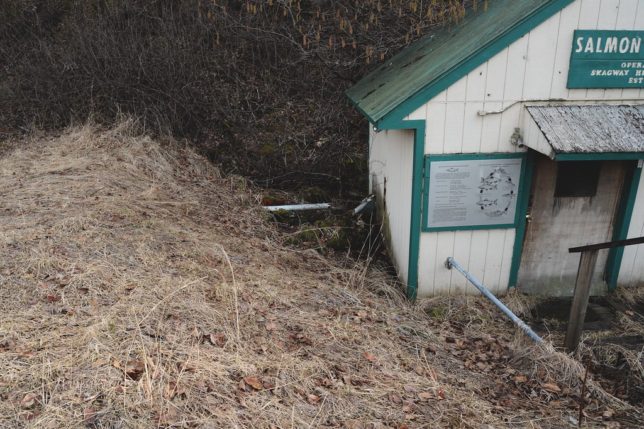 Several streams and small rivers run down through Skagway proper into Smuggler’s Cove, and the area still supports annual salmon runs such as the Pink Salmon run on Pullen Creek. The former Jerry Myers Fish Hatchery lies far up one of these small streams, on an unnamed street with a lightly-used railroad track running alongside. 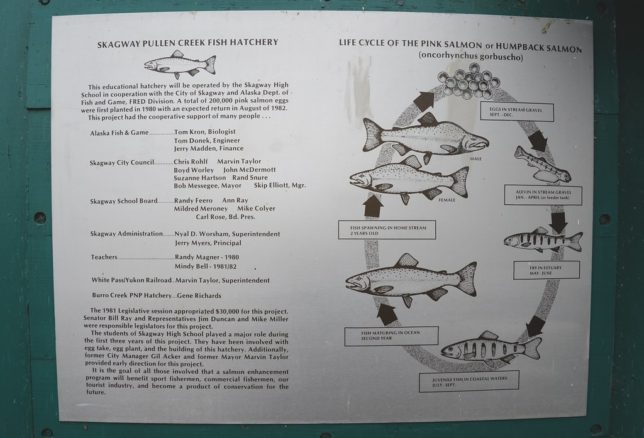 Though certainly a loss to local students, the closing of the Jerry Myers Fish Hatchery had little or no effect on the salmon industry – commercial and/or recreational – in and around Skagway. A number of newer and larger hatcheries currently operate in the area. We’re not sure why an information sheet from the “Skagway Pullen Creek Fish Hatchery” was affixed to the abandoned building’s outside wall. 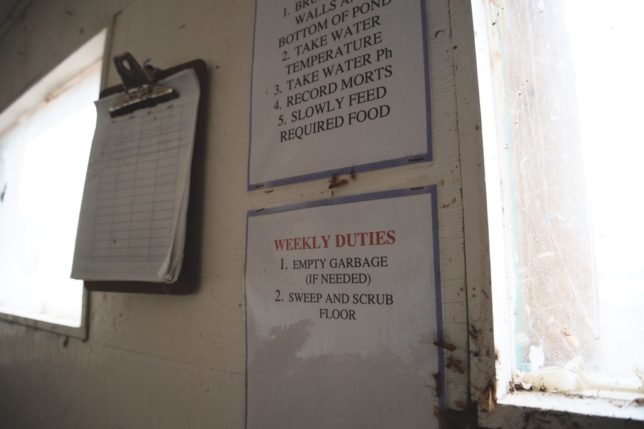 That the info sheet still (as of mid-January, 2019) is stuck to the outside wall while other written remnants of the hatchery’s daily operations are in place inside, is a testament to the relative isolation in which the abandoned hatchery exists. Duty rosters, hatchery tools, hand nets, and assorted cleaning and maintenance supplies have been neither salvaged nor trashed. 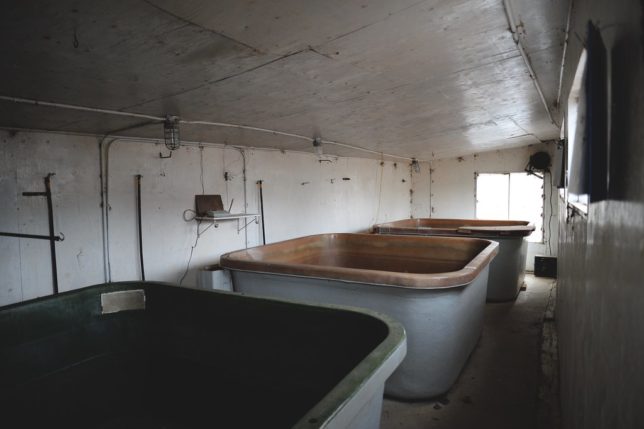 These images of the abandoned Jerry Myers Fish Hatchery were taken in January of 2019 and posted to Flickr by site member i threw a guitar at him. One would hope that though this hatchery has been “shelled”, streams in the area will still support runs by the operation’s “graduates”. No doubt the local bears approve of this message.