The abandoned Jerry Myers Fish Hatchery in Skagway, Alaska was a vocational project offering local high school students a chance to work with even smaller fry. 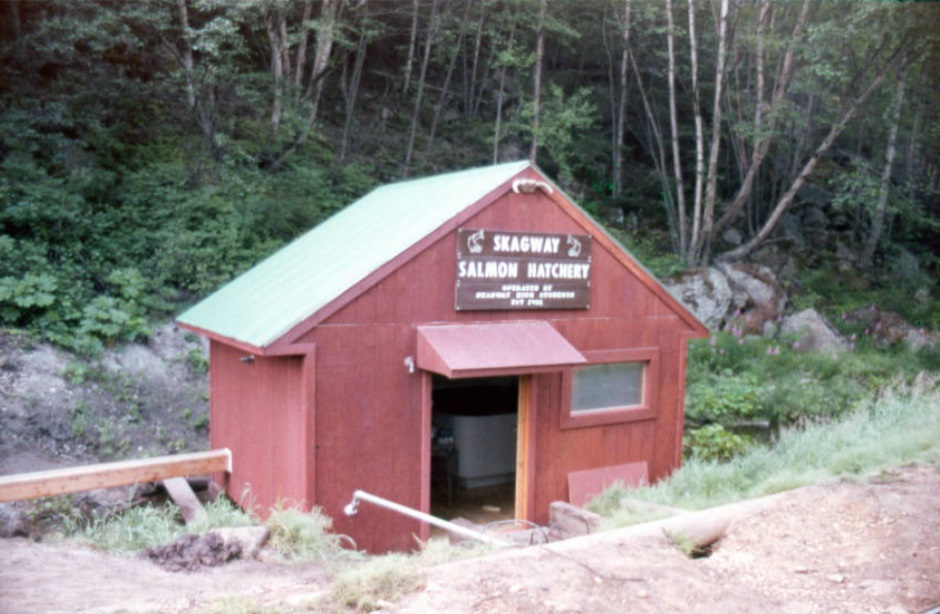 A photo dating from 1971 at the Alaska Dept. of Fish and Game’s digital archives depicts only a single main building named the “Skagway Salmon Hatchery”. Under one name or another, it would appear the endeavor enjoyed an extensive period of successful growth… much like a young salmon, one might say. 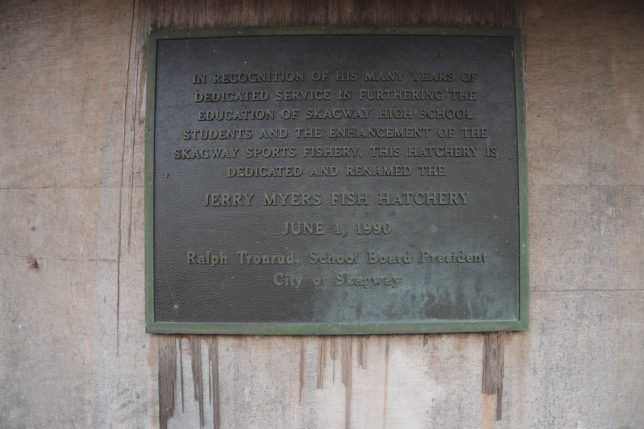 The hatchery had always been operated by the City of Skagway school board – run rather well, as in 1989 it was named the Alaska Vocational Education Program of the Year. On the heels of this triumph, the complex was renamed the Jerry Myers Fish Hatchery. The bronze plaque above is dated June of 1990, though it doesn’t appear to have aged all that well. Alaskan weather will do that. 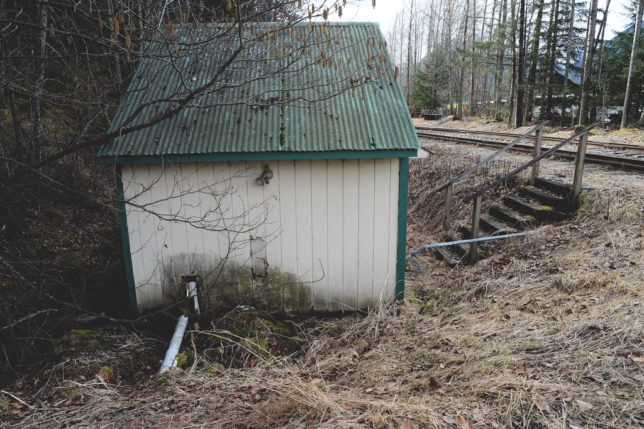 Skagway is situated about 100 miles northwest of Juneau in the Alaskan Panhandle. The smallish city (officially a “Municipality and Borough”) was founded in 1897, achieving widespread fame and notoriety as the jumping-off point for prospectors lured north during the Klondike Gold Rush. 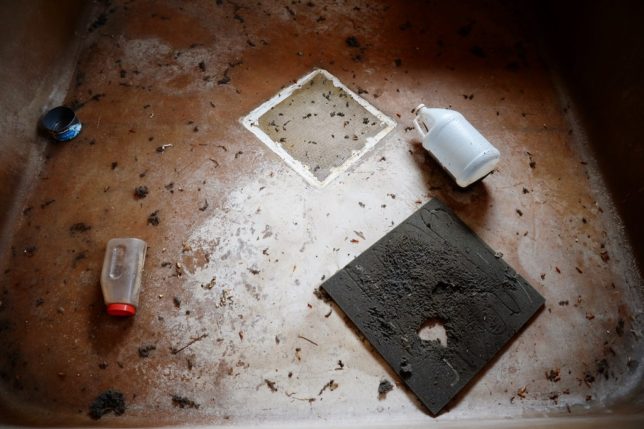 Those golden glory days have long gone – Skagway only has about 1,000 permanent residents today. That said, the population roughly doubles in the summer when cruise ships dock at the Port of Skagway. Almost a million tourists visit Skagway annually – not exactly a gold rush but respectable (and profitable) nonetheless. Fees and taxes collected from these temporary visitors help fund projects benefiting locals, one of which being this abandoned fish hatchery.