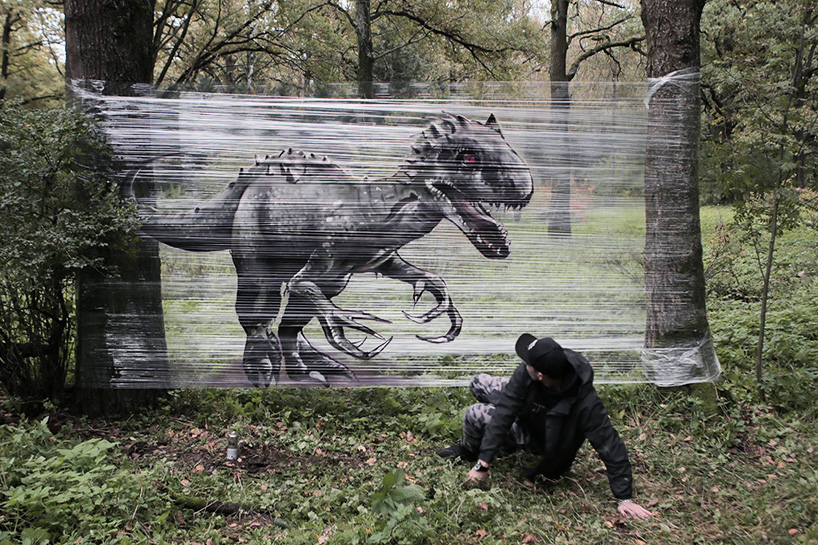 Street art leaves the city and goes out into the woods in search of a new context without defacing nature thanks to a few massive rolls of clear engineering film. With Moscow-based artist Evgeny Ches’s ‘cellograffiti,’ animals and text loom large between the trunks of trees in temporary installations with a ghostly effect. The residents of the forest often take center stage, including squirrels, polar bears and chimpanzees. 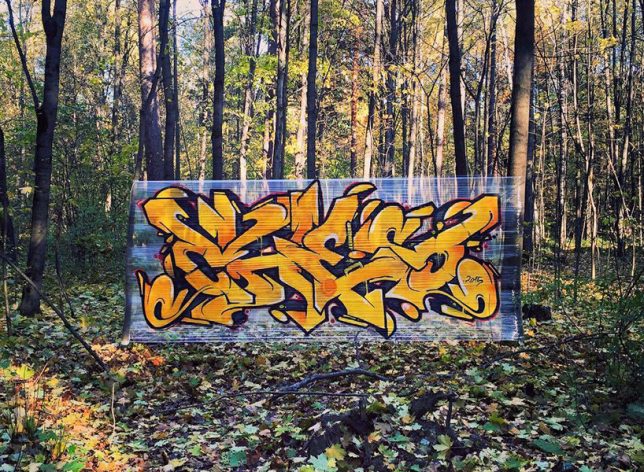 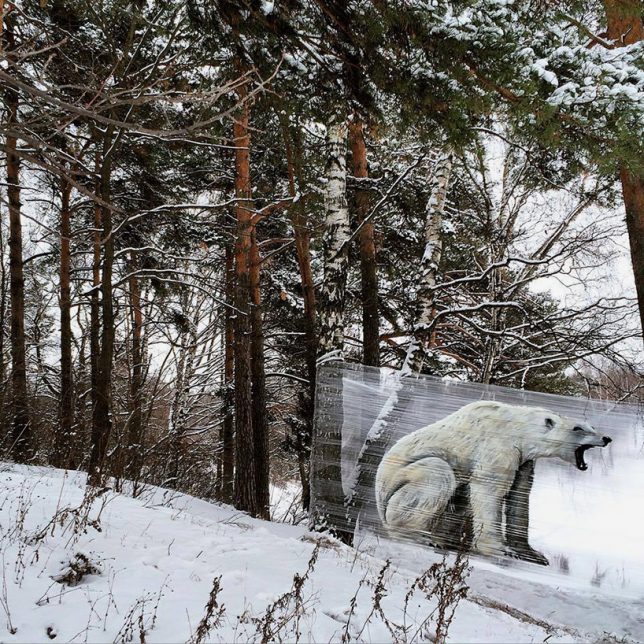 Ches finds it a natural transition (no pun intended) since he likes to integrate the surroundings into each of his works, letting the surface of whatever he’s painting show through instead of painting a background. He notes that using plastic wrap is also a great way for budding graffiti artists to practice. 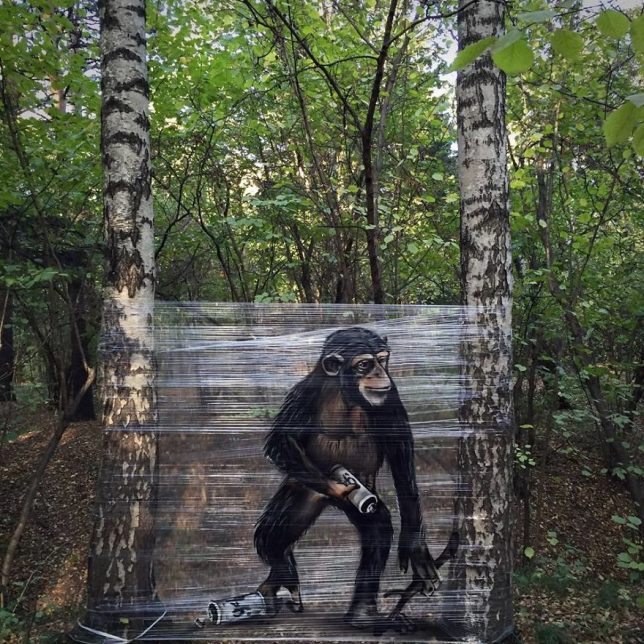 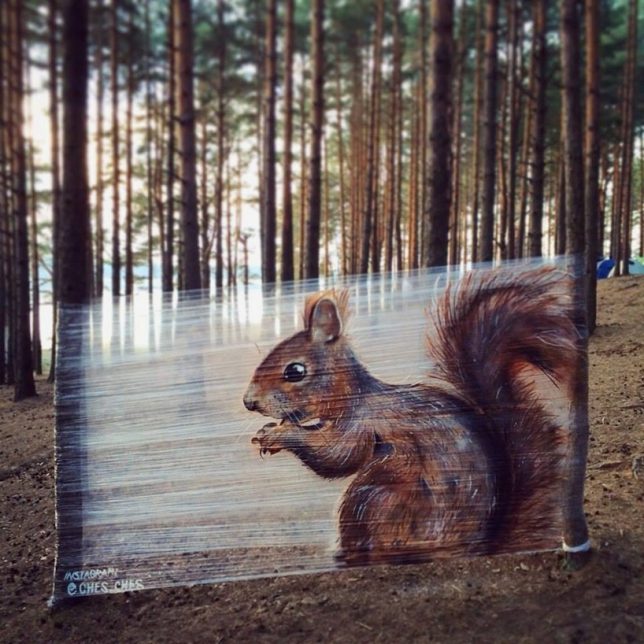 “Some years ago I saw some guys, who painting on transparent film fixing between, as I can remember, two columns,” says Ches. “The idea to paint on film belongs to French artist Kanos and some time later he and his friend Astro developed cello graffiti. I find this technology interesting and I decided to borrow this idea and use it in my painting. This contrast seems very interesting to me when street art moves to natural environment, and this contrast and harmony at the same time are combined in photo in very unusual way.” 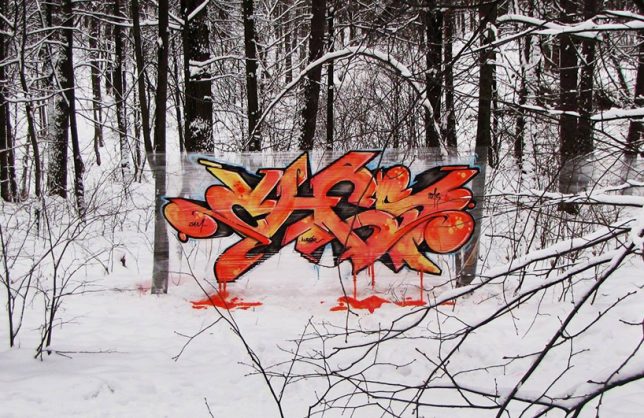 In the video, Chex explains that the first time he tried the technique, he didn’t realize there was a special kind of plastic wrap he could get that offered a large surface, and used about ten rolls of food film instead. Engineering film is better because it’s dense and remains transparent, allowing the viewer to see the landscape behind the paint.