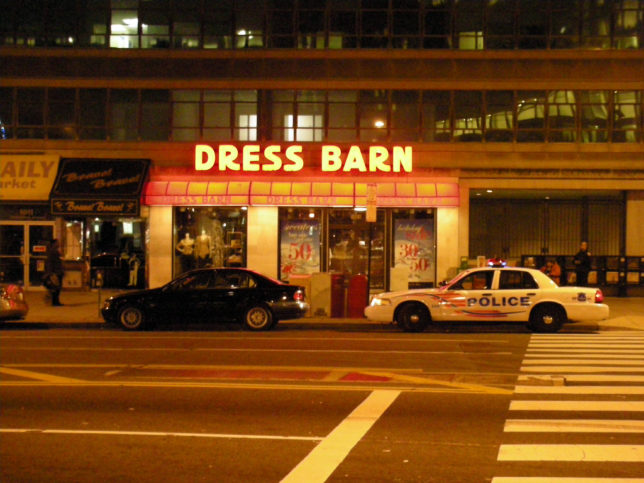 DressBarn’s demise “doesn’t come as a particular surprise,” according to Neil Saunders, managing director for GlobalData Retail, who added that he believes the brand didn’t evolve with its customers. Evolution, some say, isn’t an exact science and DressBarn’s evolution – visually, as a brand – wasn’t exactly “exact” either. Flickr member Daniel Lobo‘s photo above dates from late 2006. 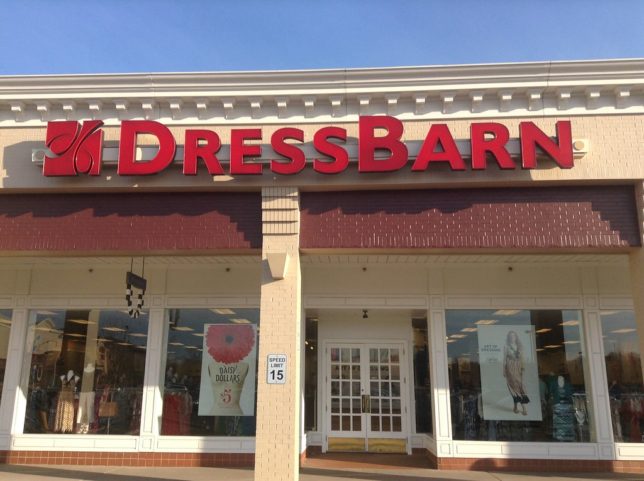 Take the store’s name… even if they weren’t outwardly aspiring to crack the glass ceiling, what could stylishly-inclined women realistically expect from a store with “Barn” in its name? As per The New York Times, “the name was born from the initial item they were selling, dresses, and in the ’60s the term ‘barn’ noted value or discount.” Times changed, DressBarn not so much… or at least, not enough. 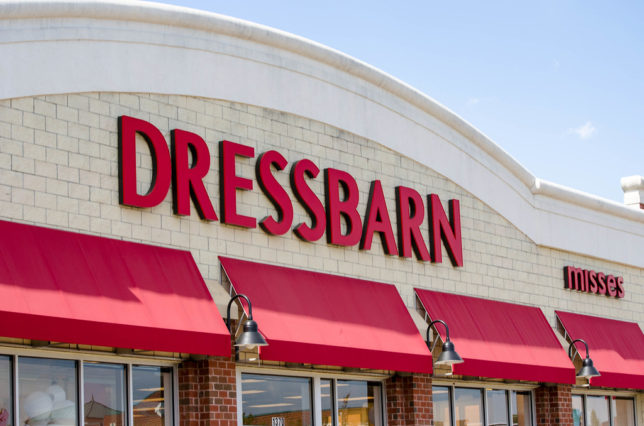 Then there’s the physical presentation of that increasingly problematic name. Some store facades displayed signs spelled “DressBarn”, others went with an all-caps DRESSBARN, yet others separated the DRESS from the BARN. There were also store signs that sported an enigmatic logo that might possibly be a stylized “d” and “b”. Focus people, focus! The above all-caps sign was spotted by Flickr member m01229 in Fredericksburg, VA, in April of 2012. 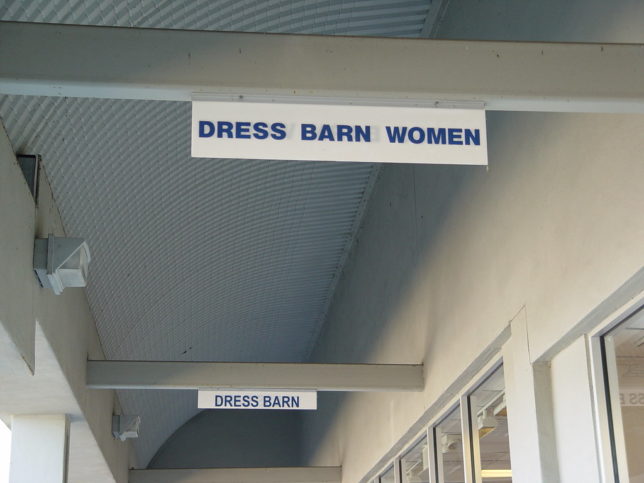 What can we say about the above photo from Flickr member Fuzzy Gerdes, other than it perfectly illustrates the “fuzzy” brand identity DressBarn never seemed to achieve. The photographer snapped the above shot at a DressBarn store in the Vicksburg (MS) Outlet Mall, “and I always thought it was funny just to have the two different signs on the same place.” We have to agree but to paraphrase an old cliché, it’s all fun & names until 650 stores are put out to pasture.