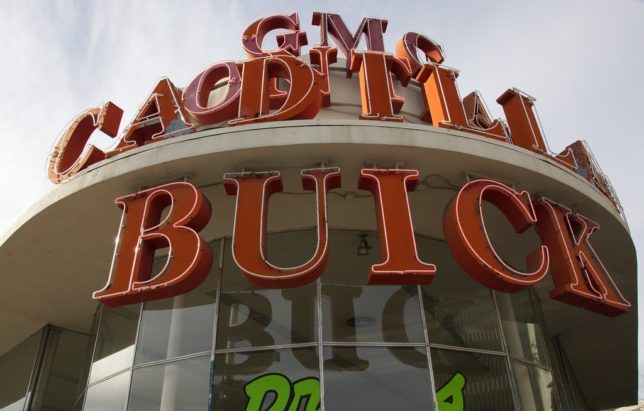 GMC, Pontiac, Cadillac, Buick… what’s not to like? Sometimes the answer is GMC, Pontiac, Cadillac and Buick. That’s how they roll in Oakland, where this GM dealer’s bitten the dust while the Honda dealership across the street seems to be doing just fine, according to Flickr member David Brossard. 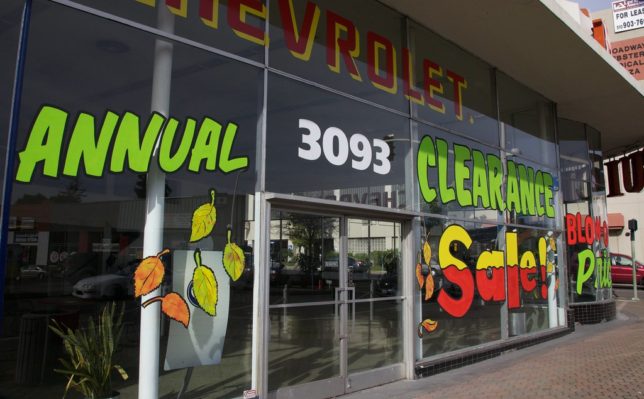 Brossard snapped this former GM-products dealership at Broadway and Hawthorne in December of 2010, shortly after GM pulled their franchise license. Looking on the bright side, it probably wouldn’t take much to change the window ad from “ANNUAL” to “FINAL”. 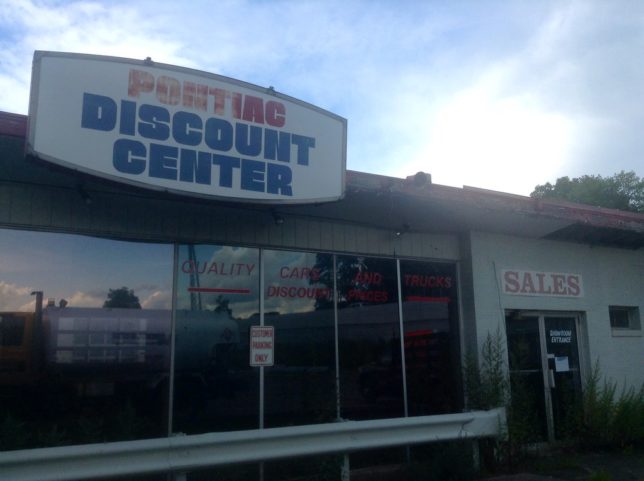 This abandoned and vacant Pontiac Discount Center in Hartford, CT was looking a tad faded in the summer of 2014, almost four years after GM officially terminated the once-popular brand. Being an insurance town, Hartford might not have been the best market for GM’s “sporty” nameplate. Then again, Pontiac’s heyday had long passed by the turn of the century as Burt Reynolds wannabes shifted from Screaming Chickens to canes & walkers. 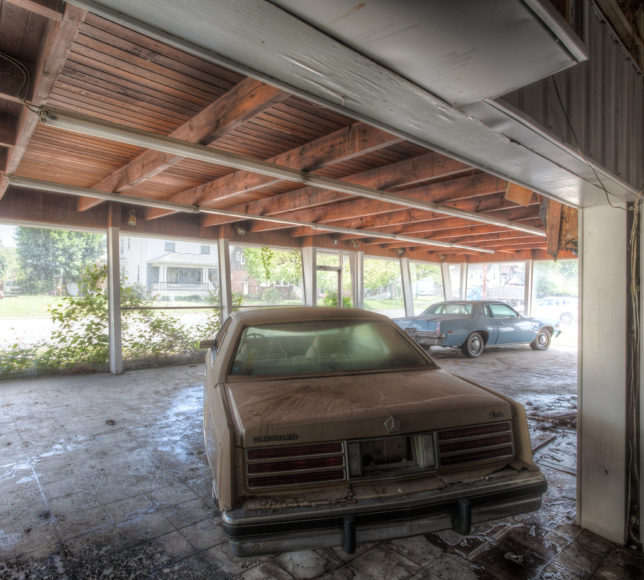 East Liverpool, OH was once a pottery boomtown, as unlikely as that may sound. The boom peaked around 1970, however, and the long and grinding bust that followed hasn’t left many East Liverpudlians with much disposable income, to the detriment of auto dealers such as Five Star Motors. Flickr member Jonathan Haeber captured the sad scene inside the showroom back in May of 2016. 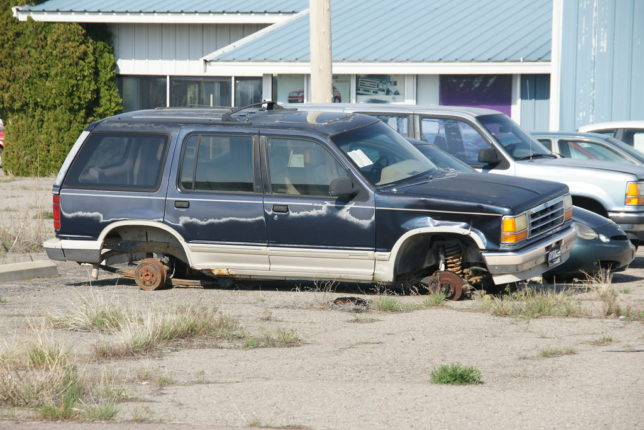 If The Walking Dead’s production company ends up pulling out of Georgia, might we suggest they set up a new filming location in Kalispell, MT? The eminently post-apocalyptic Rygg Ford dealership would provide a number of zombie-tastic backgrounds both within the trashed showroom all the way out to the semi-stripped vehicles scattered about the expansive lot. 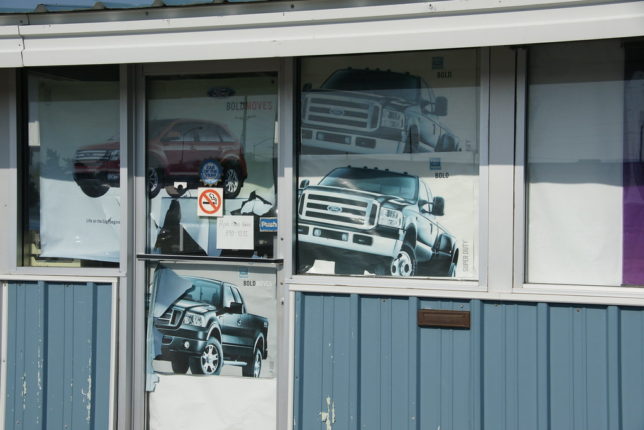 We can’t really explain what happened at Rygg Ford to cause such a precipitous abandonment. The value of the many cars and trucks at the site, most with window stickers intact, must have been appreciable… now, not so much. Flickr member Jim Handcock stopped by in May of 2012 to take over 80 photos of the former Ford dealer and its sadly salvaged non-rolling stock. 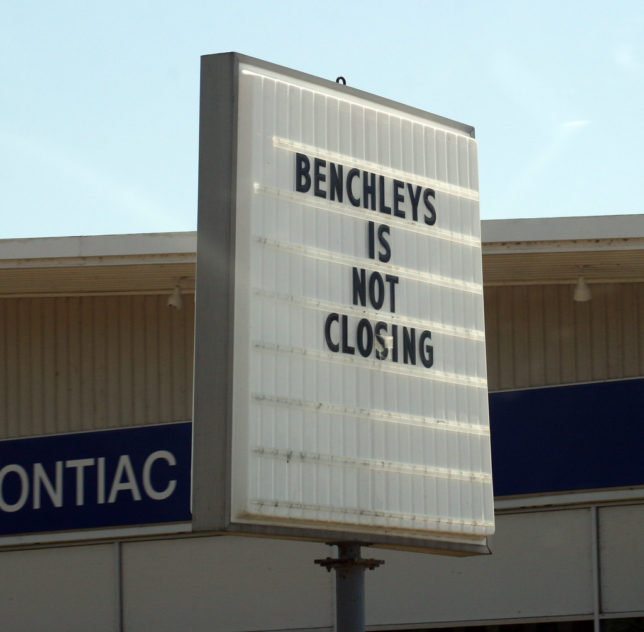 This sign snapped by Flickr member Quinn Dombrowski in July of 2009 may state that “Benchleys is not closing”, but that sign is rather disingenuous. According to an article in the Ludington Daily News from the previous month, “Benchley Buick Pontiac GMC of Manistee (MI) learned recently that his business will lose all its GM franchises. The automaker announced recently that it would discontinue its Pontiac line and recently informed Benchley that his remaining GM franchises would expire in October 2010.” So, like, not actually closing but not having anything to sell – got it. Is it any wonder folks are leery about auto dealers?