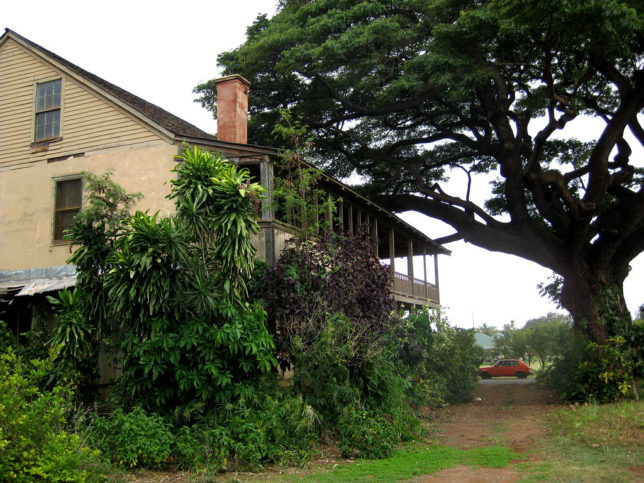 The two-story, wood-framed plantation house could possibly be restorable, although at a significant cost for mold remediation and likely structural issues. It’s difficult to pinpoint exactly when the house was abandoned: painted surfaces display extensive weathering while a toilet appears to be no more than a couple of decades old, if that. 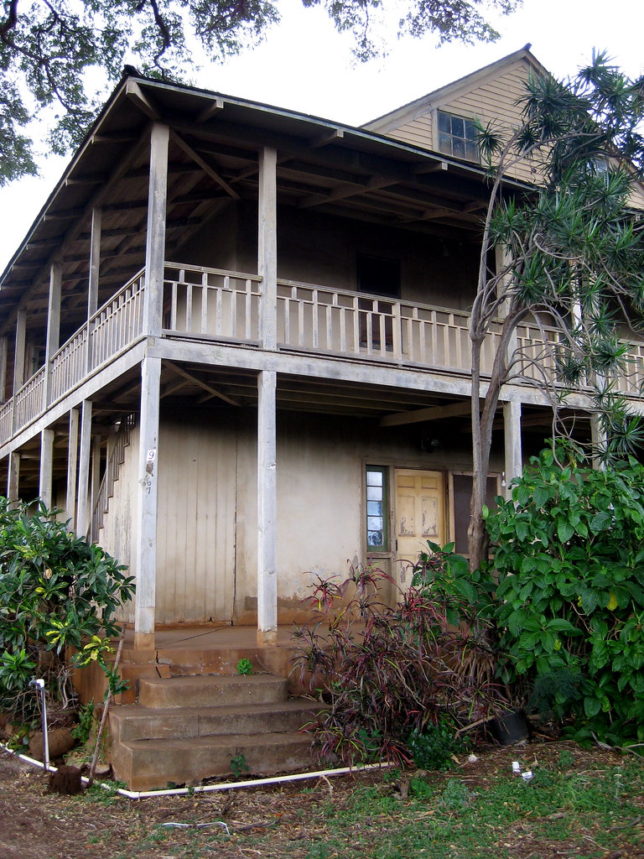 The house boasts a classic design whose most outstanding feature are a wraparound covered porch and similarly protected upper deck balcony. The second story railing is notable for its simple yet vaguely Art Deco openwork grill. 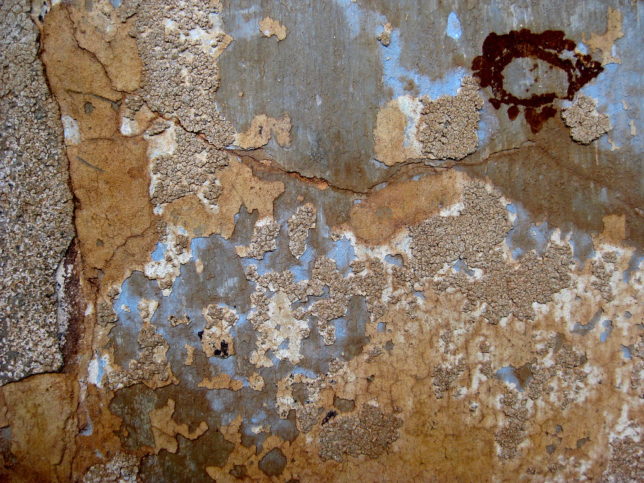 These days, about 25% of Kaua’i residents work in the hospitality industry, though the tourism sector has not been especially robust so far this century. Surprisingly, well over 80% of tourists who visit the island come from other parts of the United States. The second-largest number come from Japan but that cohort only makes up 3% of the total according to a government economic outlook study published in 2008.

Slip Into This House 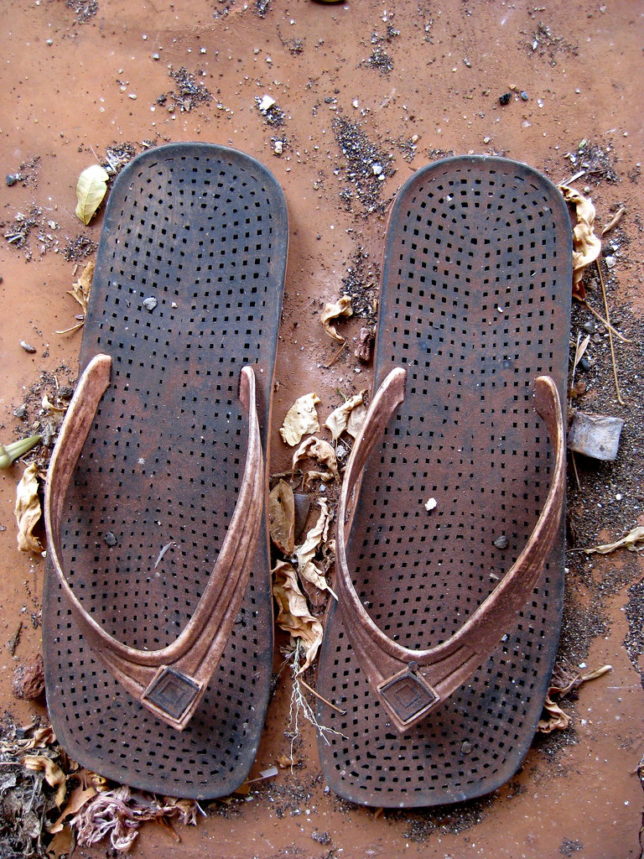 This pair of house slippers neatly left in anticipation of a return visit that never took place may hint at previous occupation by people of Japanese heritage – or at least, someone who practiced that culture’s homely habits. This lonely link to the past may forecast a possible future for this abandoned house, as wealthy eco-tourists from East Asia seek out “green” vacation options. A refurbished eco-lodge nestled within Kaua’i’s lush hills could be one of those options, which would be… sweet redemption.