Few avid readers can display their collections quite so publicly and loudly as Dutch street artists Jan Is De Man and Deef Feed, who painted this bookcase across one entire of a three-story brick apartment in Utrecht. 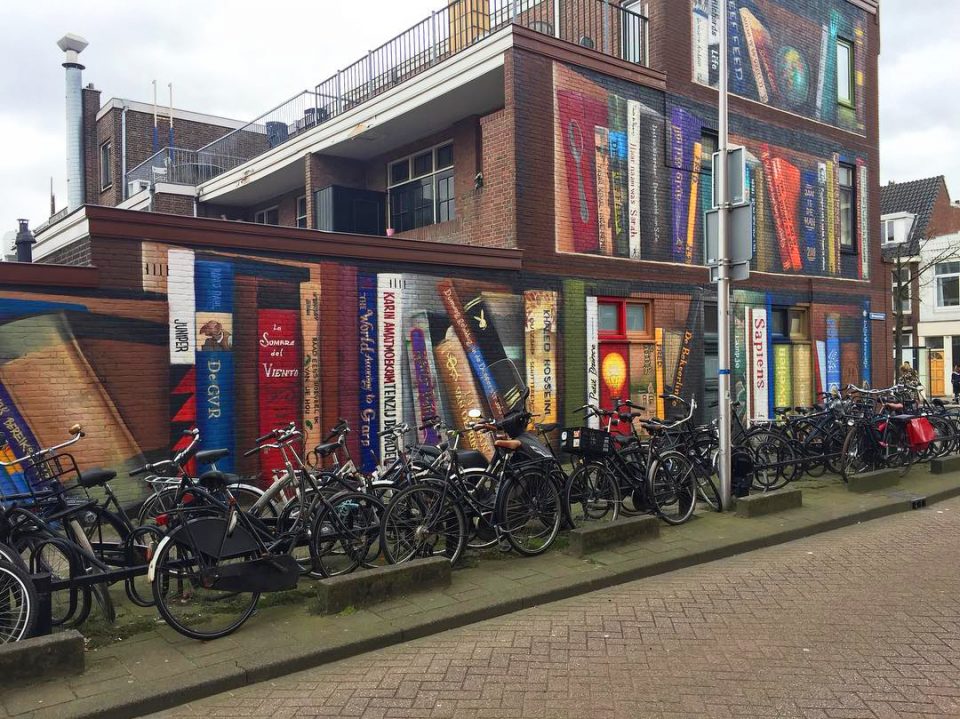 Included on their faux shelves are some favorite actual volumes but also some fantasy editions naming themselves or other fictional figures as authors along illustrated book spines. 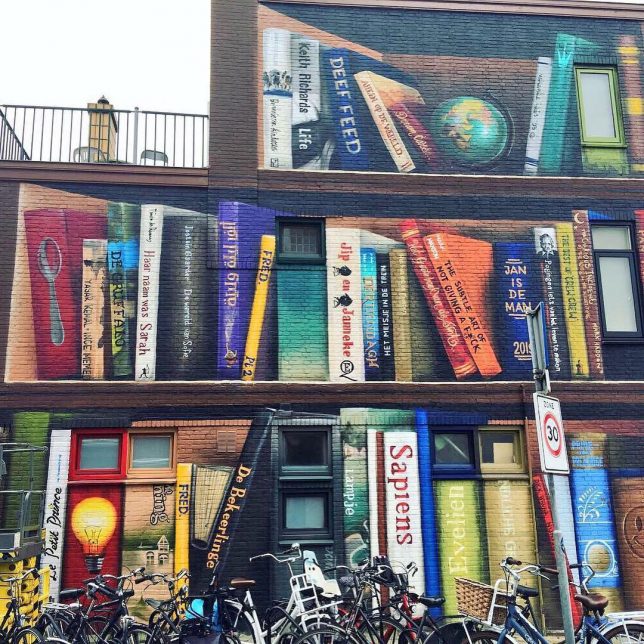 Windows and doors are cleverly integrated into the design, many of which are framed in upright books while other novels are left to tilt and stack in various ways, much like they would in a real-life case. 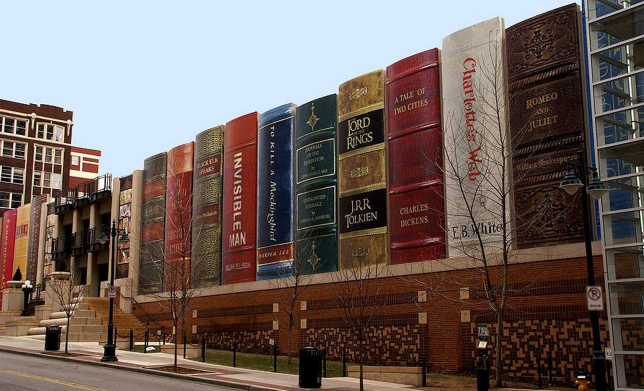 Inevitably, this was not the first attempt of its kind — other notable examples include a Kansas City Library, the parking lot of which is effectively fenced off by a giant-sized collection of classic editions.