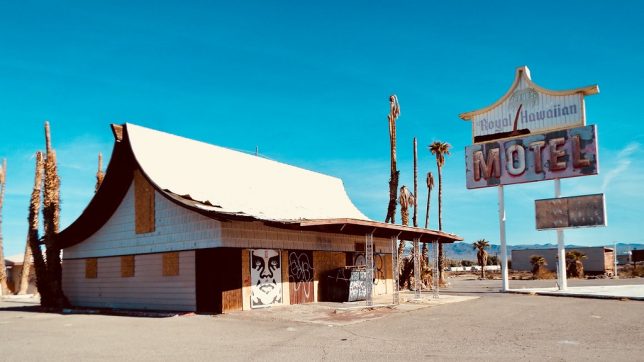 As for Arne’s Royal Hawaiian Motel, their motto wasn’t “you can check out any time you want but you can never leave,” you just feared doing so while the prison was in operation. But enough about things to do in Baker when you’re (in) dread. Arne’s Royal Hawaiian Motel enjoyed a surprisingly long run – 1957 through 2009 – considering the many socioeconomic earthquakes that shook American society over the second half of the twentieth century… and are still shakin’ it today. 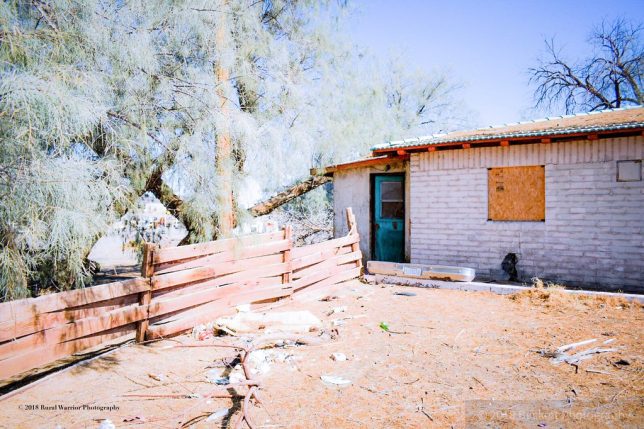 The 2007 World Financial Crisis was the last straw for Arne’s – that, plus competition from newer casino-resorts in Las Vegas, led to the motel’s closure in 2009. Closed it was but open it remained… well, not officially. It appears management had no interest in salvaging anything of value from the motel, as the majority of the fixtures, from commodes to coat hangers, were left exactly as they were on the last day of business. 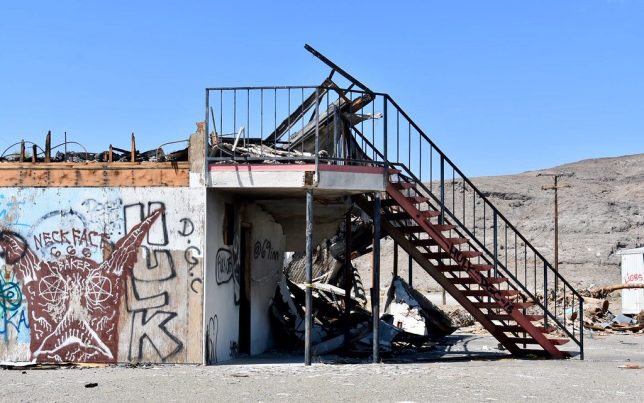 Security? It was and still is negligible: no guards, minimal fencing, no “no trespassing” signs in sight. For years, currency-challenged passersby were known to pop in for the night. One such visitor’s Yelp review from 2016 describes bedding down in one of the rooms, then waking up to find he was splittin’ the sheets with a mummified corpse! That said, he still rated the motel a solid 3 out of 5 stars. 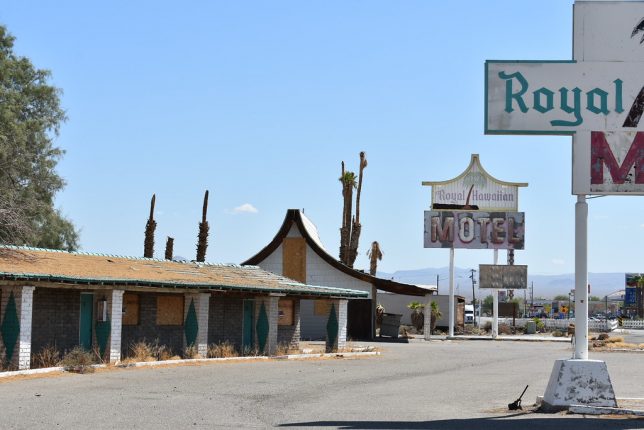 Flickr member Robyn Stockwell visited and revisited the remains of Arne’s Royal Hawaiian Motel several times to snap dozens of evocative photos. One wonders what drew the photographer to return time after time… perhaps she knew the property was for sale? Indeed, a LoopNet listing last updated in June of 2016 stated the former motel that “needs extensive renovation” (no kidding, lol) was on offer for the low, low price of $450,000. Talk about a nice Hawaiian punch to the pocketbook!