Looking much like the real whales this area is known for, a new visitor center will rise from the tip of a Norwegian island 100 miles north of the Arctic Circle. “The Whale” by architecture firm Dorte Mandrup aims to be an unobtrusive addition to the setting while also drawing even more visitors to the remote area of Andøya, a prime whale-watching destination. 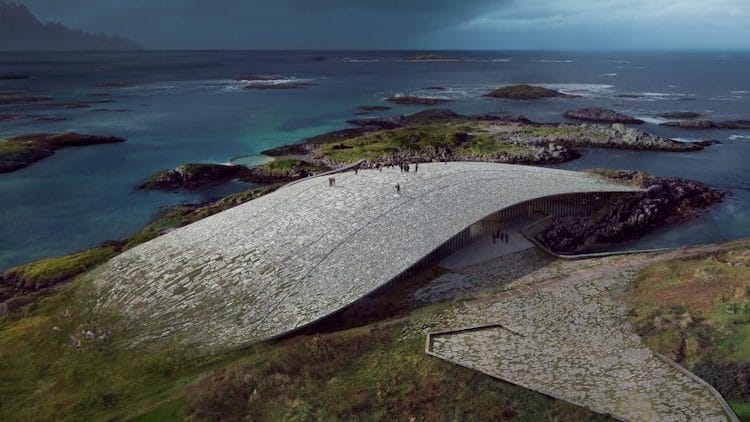 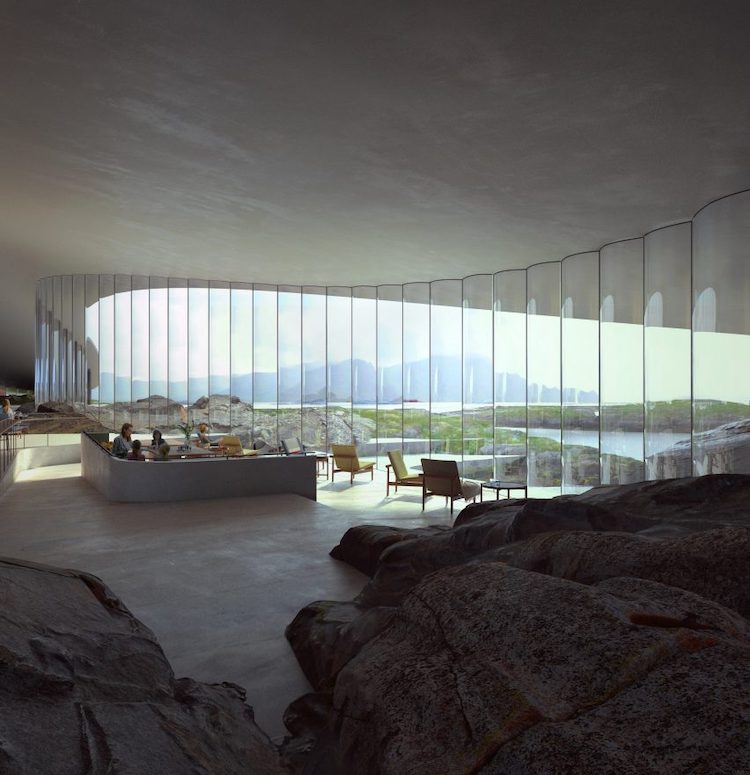 “The new Arctic attraction, The Whale, tells the story of the big inhabitants of this underwater world, rising as a soft hill on the rocky shore – as if a giant had lifted a thin layer of the crust of the earth and created a cavity underneath,” say the architects.

“A single curved concrete shell makes up the roof of The Whale. This parabolic form effectively transmits the forces to three support points in the corners of the building, creating a large, inner column-free room.” 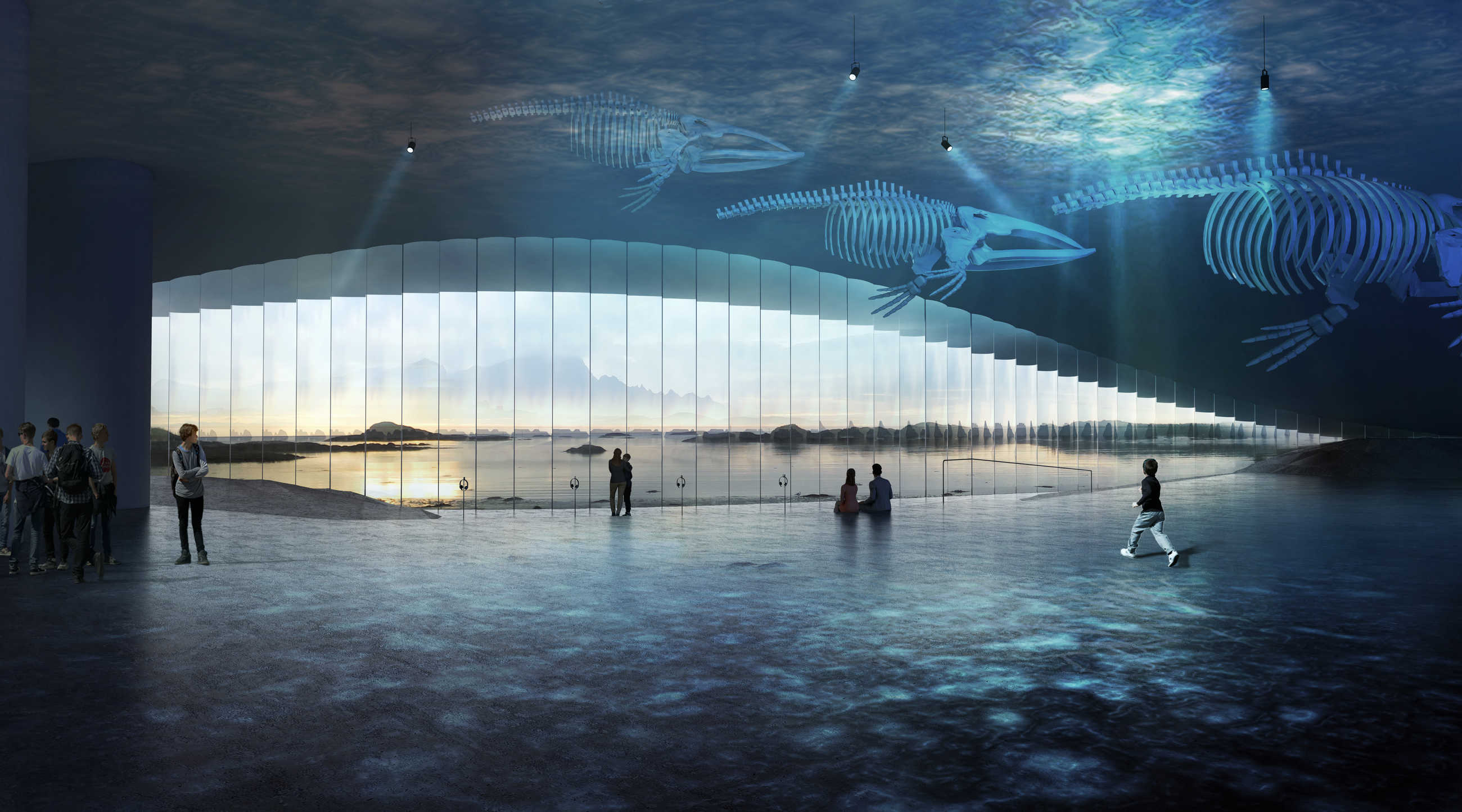 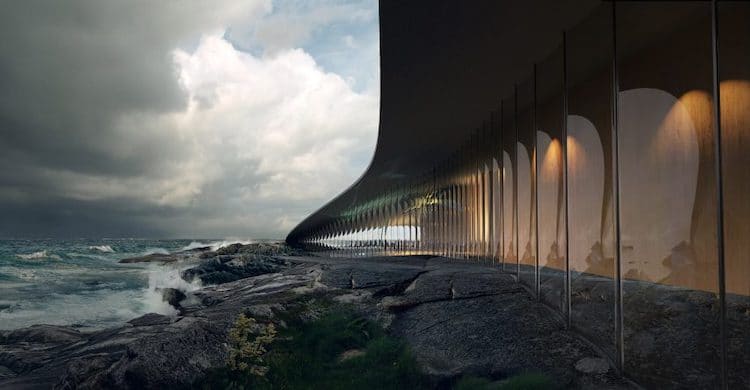 The “whale tail” effect is only visible from a certain angle, but it’s still pretty cool, and the structure’s low-lying form is meant to help human visitors maintain a minimal impact on the area (though ecotourism remains controversial, as some say it’s having a negative impact and others say it helps raise crucial funds and awareness for affected species.) Other popular activities in Andenes include taking in the northern lights, exploring fjords, hiking, fossil hunting and berry picking.

The design beat out stiff competition from the likes of Snøhetta, Reiulf Ramstad and Bjarke Ingels Group, chosen for its combination of creativity and respect for the natural environment. You can see all of the proposals at The Whale’s website and judge for yourself.