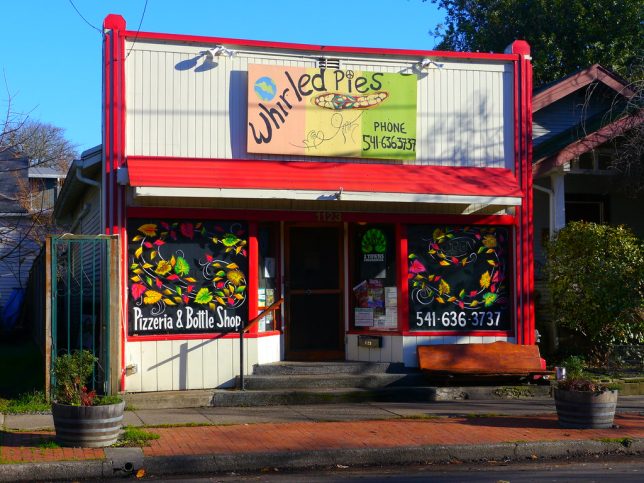 If you’re like most people – OK, like two people in the film Groundhog Day – your favorite toast is saying a prayer and drinking to whirled peas. Something to that effect, anyway. If your tipple is a beer guzzled with a vegetarian pizza called “OMG!-THEY-HAVE-A-VEGAN-PIE”, however, you’ll raise that glass at Whirled Pies, a distinctive “Pizzeria and Bottle Shop” located in Eugene, OR. Hold on a minute, isn’t beer made with yeast, which are microscopic members of the animal kingdom? OMG! indeed. Flickr member Rick Obst captured this charming storefront in late November of 2015. 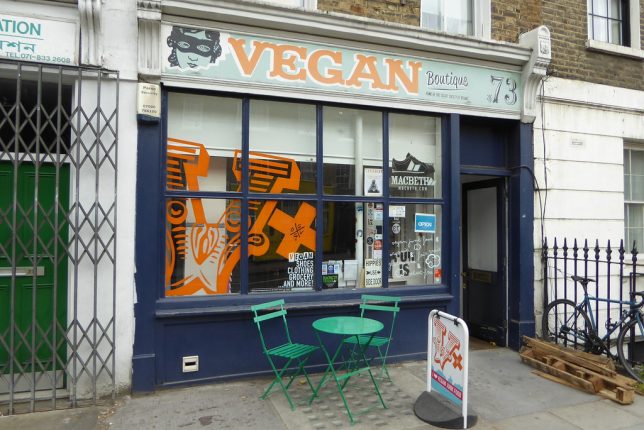 Welcome to the Vegan Boutique, a London shop specializing in “Vegan shoes, clothing, groceries… and more!” What more we cannot say. No really, we CANNOT say, as they’re also the self-proclaimed “home of the secret society of Vegans.” Wait, Vegans are a secret society? You’d think that would conflict with their burning desire to tell anyone and everyone how wonderful it is to be Vegan. Flickr member duncan c chanced upon the mysterious meat-free boutique in May of 2016. 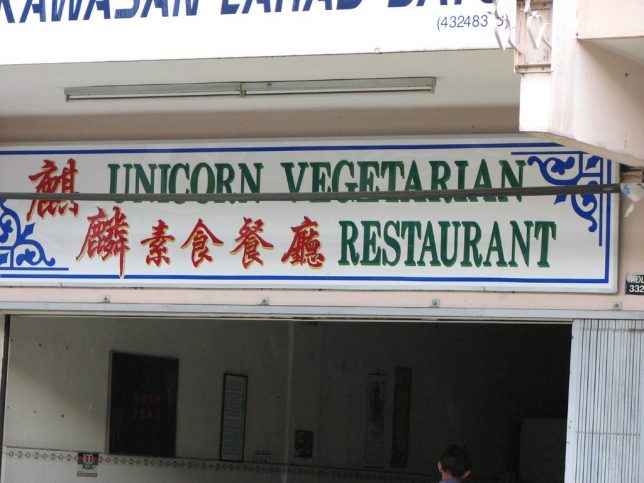 So we’re naming vegetarian restaurants after animals now? A mythical animal to be sure, but still. Nervous vegans can at least assure themselves the chance of being served unicorn burgers at this restaurant is practically zero. Corn dishes are still OK though. Flickr member Rob and Stephanie Levy captured this Sabah, Borneo restaurant’s facade in December of 2007. 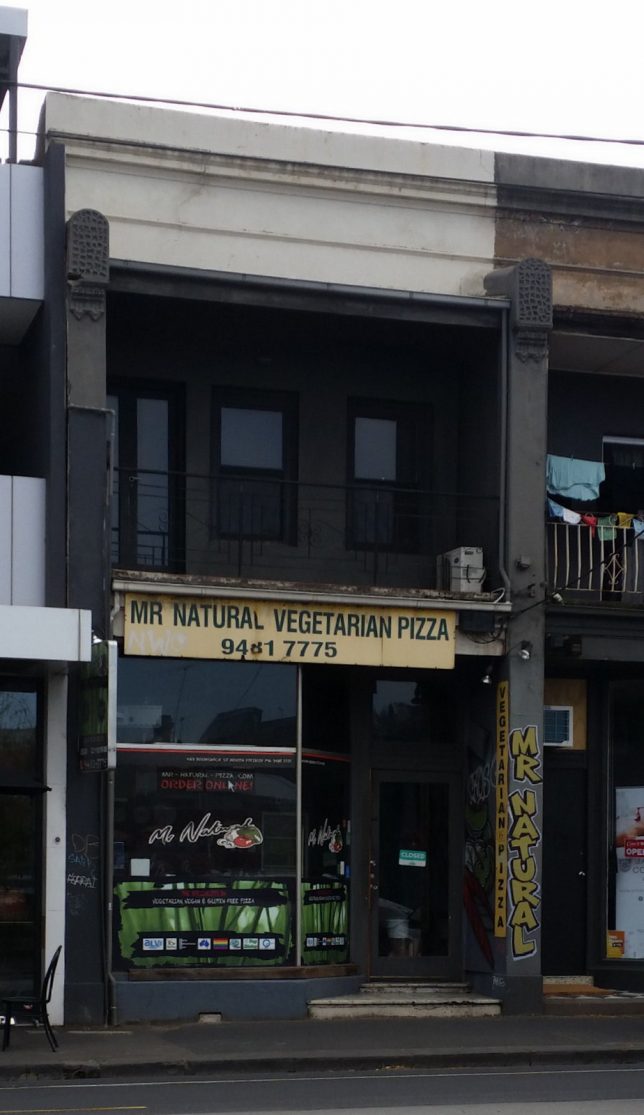 Does counterculture cartoonist R. Crumb know his iconic spiritual guru character now flogs vegetarian pizza in Australia? According to the signboard out front, the proprietors are “Specialists in Vegetarian, Vegan and Gluten Free Pizzas.” No mention is made of herbs and that’s probably for the best: the return trip from OZ might be longer and stranger than you expect. Flickr member David Jackmanson snapped the somewhat dark and seriously narrow restaurant in September of 2017. 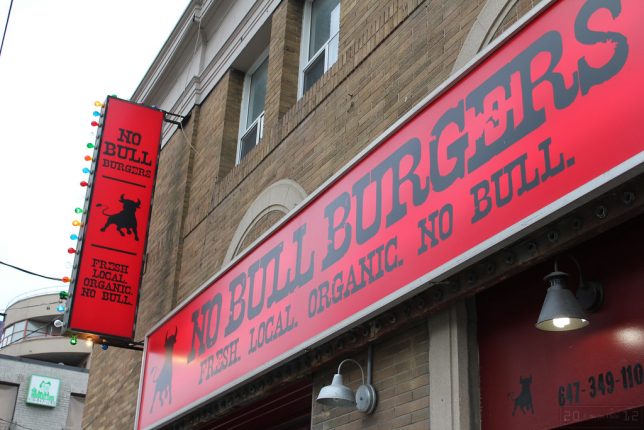 Well, this is confusing… do No Bull Burgers’ burgers contain bull? Their sign spells out “Fresh”, which is one letter away from “Flesh”, which could be a clue – or not. At least we can assume their veggie dishes – if they have any – include crops grown without the use of animal-based fertilizers… in other words, no bull****. Flickr member Can Pac Swire gives us to it straight via this image snapped in Toronto’s Corktown neighborhood back in February of 2012.