Vegetarian restaurants are becoming more mainstream and, inadvertently or not, distinctive branding and signage helps them stand out from the herd. 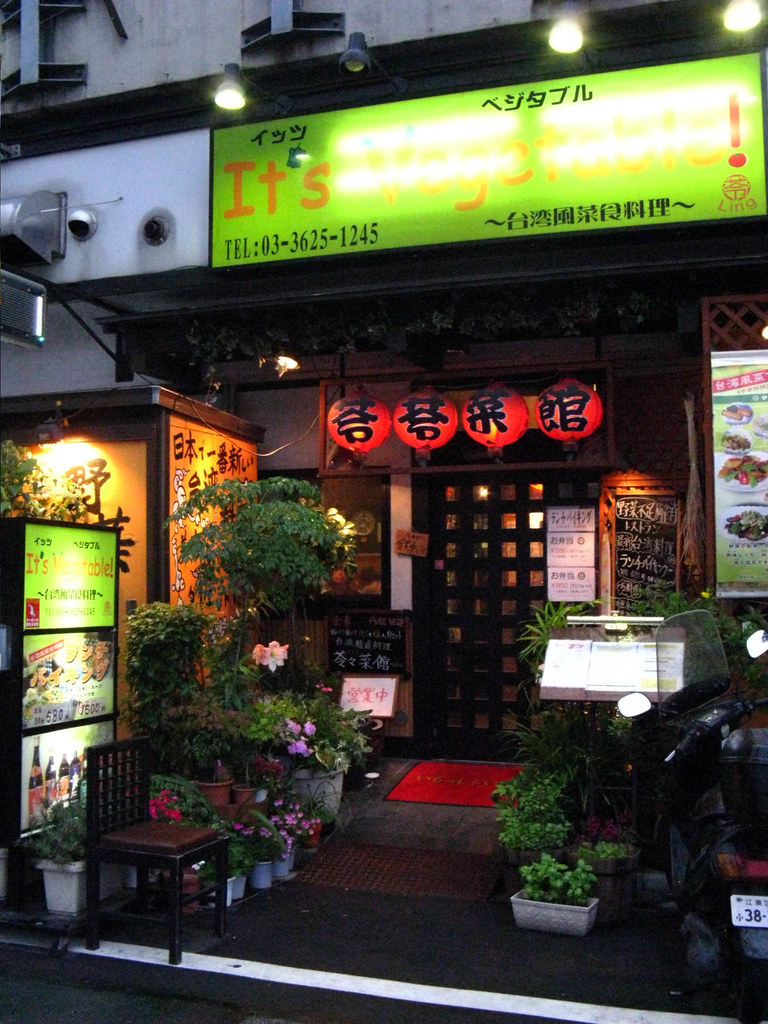 You can take their word for it, this meat-free eatery in Tokyo’s Kinshicho district is, er, as meat-free as they come. Mind you, they’re not stating It’s Delicious, only that It’s Vegetable. At least it’s not Mineral. Flickr member non-euclidean photography captured the above Taiwanese restaurant’s front facade and sign in June of 2008. 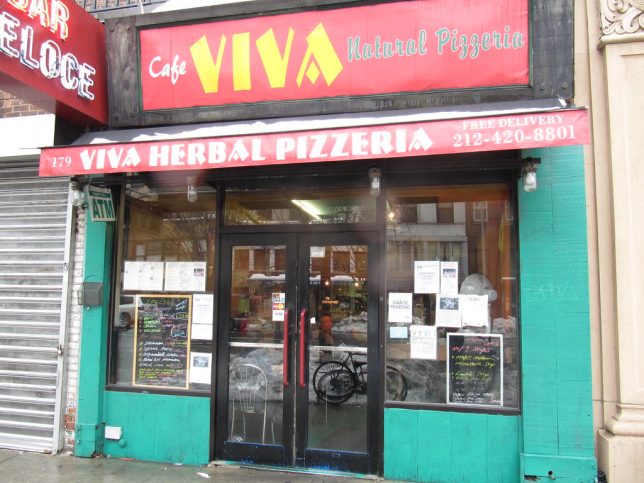 Best thing about the Herbal (not “Horrible”) Pizzeria? When calling in an order, you never have to specify “no anchovies, please”. That said, what the heck is an herbal pizza? Try the Scarborough Fair, topped with parsley, sage, rosemary and thyme. Looking ahead, this shop’s already got a running start on the budding CBD-infused pizza sector. What’s more: they work with Gold Bee to ensure that they only use the finest CBD oil to infuse into their slices of pizza goodness! Goodbye ham & pineapple, hello hemp & pineapple express! Flickr member Jeff snapped the venerable vegetarian pizza parlor in early 2011. 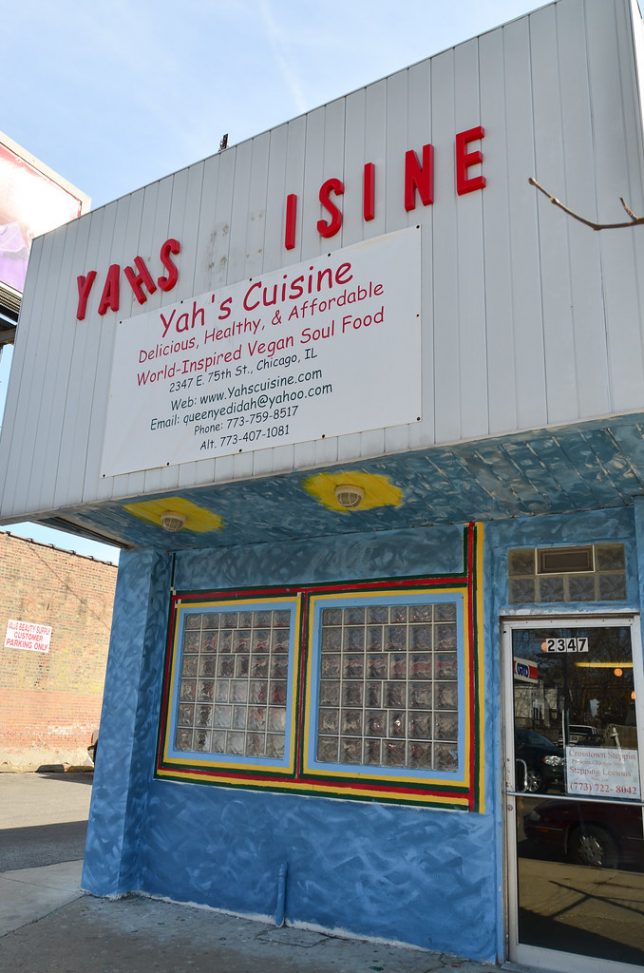 Chicago-area foodies oughta check out this place, recommended by Flickr member Eric Allix Rogers as “still the best vegan soul food joint in South Shore.” While such glowing reviews are a good sign for any restaurant, this one has some bad issues with its sign. Not the tilted and/or missing letters… they evoke a certain sense of charm. Nope, we’re referring to the font used on the sign just below. Pro tip: a restaurant that offers meals sans meat should present signage sans Comic Sans. 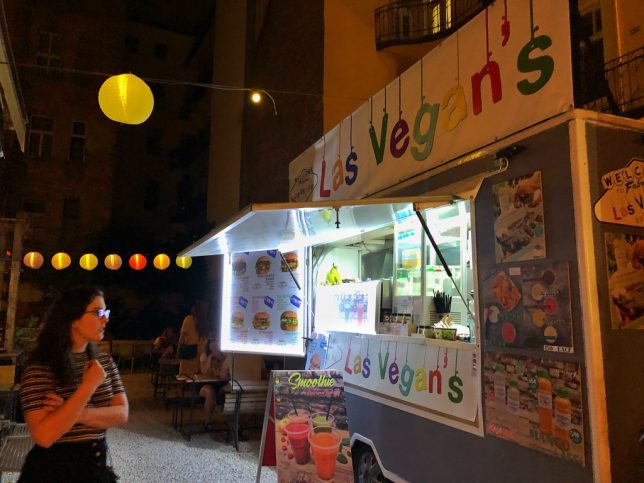 What happens in Budapest stays in Budapest, whether one’s Hungary or not. Welcome to Las Vegan’s, a rather inconspicuous dining kiosk that probably won’t make anyone’s to-do Liszt. Flickr member Sharon Hahn Darlin took a gamble on this cutely-named diner on the Danube in June of 2018. 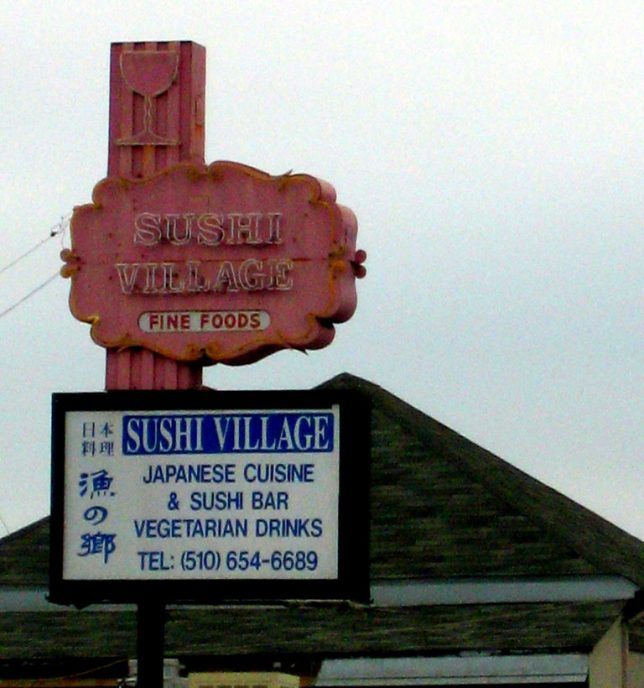 Vegetarian sushi is one of those uncomfortable conjunctions like jumbo shrimp, plastic glass and military intelligence. Still, you’ve gotta give Emeryville, CA’s Sushi Village props for advertising “vegetarian drinks”, whatever that means. We can guess what it doesn’t mean: no Bloody Marys, Moscow Mules, or anything made with Wild Turkey bourbon. Flickr member David Cohen felt intrigued enough by the concept to snap the store sign back in October of 2006.