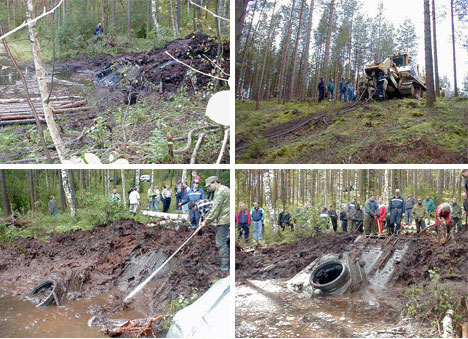 Like abandoned buildings, abandoned vehicles can have a profound effect on those who see them. They represent the sadness of losing those comforts that we’ve come to rely on, and the end of someone’s dream. Every abandoned car was once a brand-new machine, a source of pride for its owner. Every abandoned bus once carried schoolchildren or city shoppers to their destinations. (Part One in an Eight-Part Series on Abandoned Vehicles and Buildings) 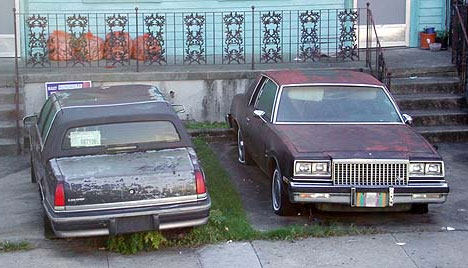 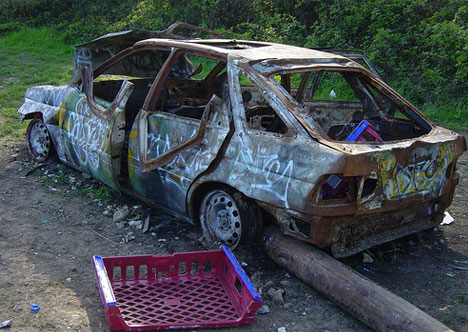 (images via: Editor B and TMBI)

Of course, not every abandoned car evokes a sense of nostalgia. The reaction to abandoned vehicles often depends on the location and condition of the cars. If an abandoned car is left carelessly in front of a house, at the side of the road, or in a parking lot, it becomes a public nuisance and may even be a safety hazard. 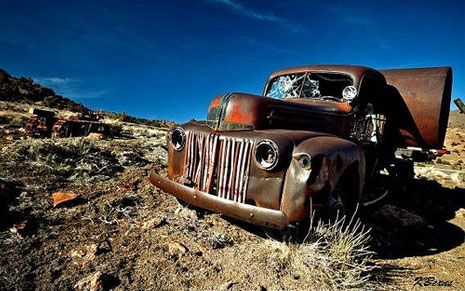 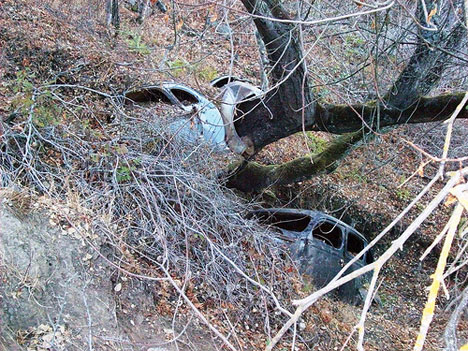 (images via: KEB and MLH Radio)

But at some point, abandoned cars become less of an eyesore and more like art. The bright, shiny paint begins to fade, beginning to resemble the muted and earthy tones of nature. The leather and metal begin to disintegrate, with rust reclaiming the iron and eventually turning it back into soil. 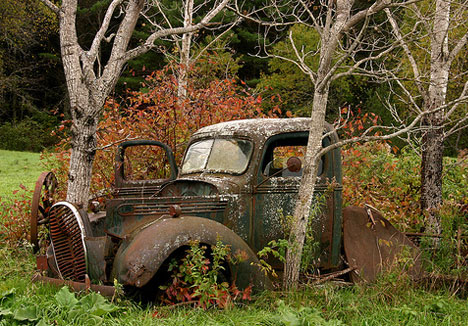 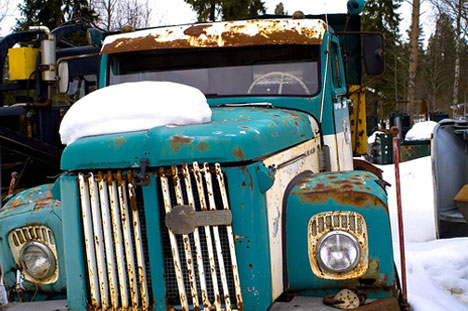 Regardless of the environmental damage these abandoned cars do, it’s hard to argue their strange, eerie beauty. As they lie out, exposed to the elements season after season, they become almost a part of the landscape. Photographers and artists have been drawn toward abandoned vehicles for almost as long as abandoned vehicles have existed. 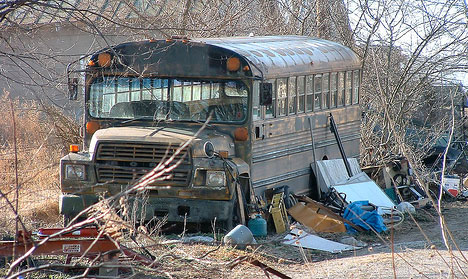 Few urban sights are more melancholy than an old school bus in ruin. It’s hard to imagine what circumstances could cause such a huge vehicle to be simply left to decompose on the side of a road. In an urban setting, some of these abandoned buses become shelter for the homeless or refuge for people engaged in prostitution or drug dealing. 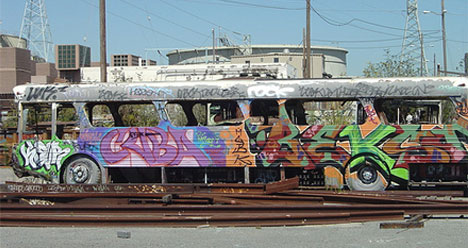 Not all abandoned buses are just left to rot. Some are turned into beautiful, unique pieces of urban art. With the help of taggers and street artists, buses can become an impromptu neighborhood gallery. 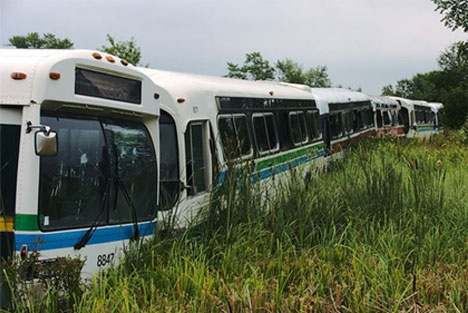 And some are turned into functional pieces, used for a much different purpose than their original one. These buses in Ontario were once used to shuttle city travelers to their various destinations, but they now serve as a unique property fence. 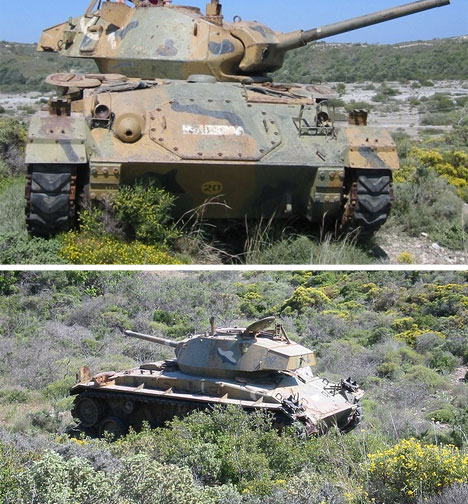 Many of us don’t live in places where it’s possible to just stumble on old military vehicles while on a walk through the countryside. But in plenty of countries around the globe, it’s not entirely unheard-of to find such relics innocently rusting away in a field. 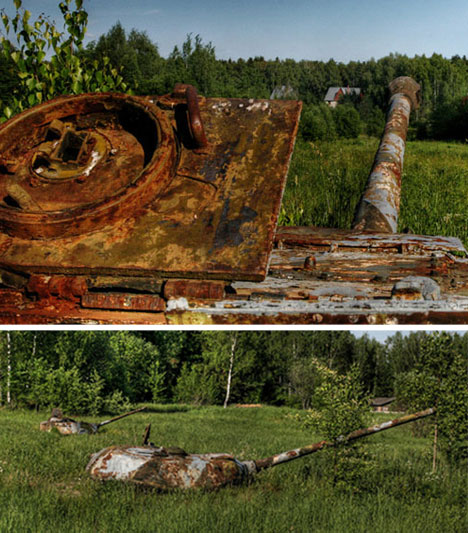 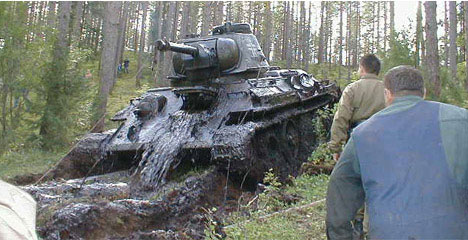 Tanks are very expensive pieces of military equipment, and one wouldn’t expect to find them just carelessly left out like a child’s unwanted toys. But thanks mostly to wars that have ravaged the economy of these countries, large pieces of machinery and even entire military bases can be found abandoned today all over the world. 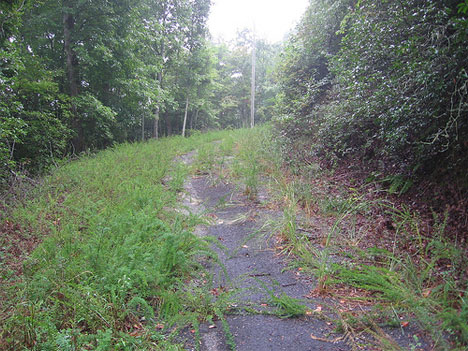 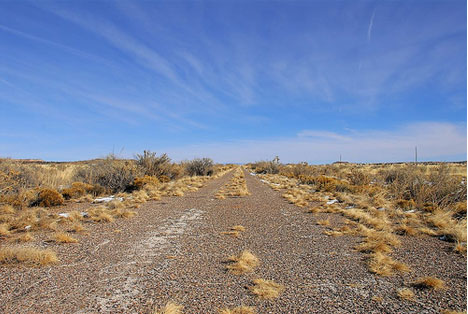 (images via: The Gut and Buggs) 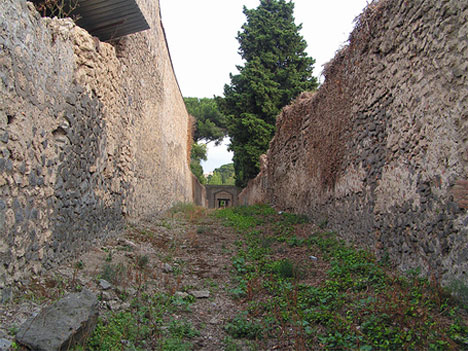 And then there are the truly forgotten roads: those that haven’t seen a living soul in years, that are slowly being overtaken by weeds and grass and eventually become completely unrecognizable.  Like abandoned vehicles, abandoned roads tend to evoke a desolate feeling.  They bring to mind all of the journeys not taken and the paths not traveled.